George Lucas wanted a different aesthetic for his Prequel Trilogy; the Republic in all of its grandeur (if not glory). And the wardrobe of Padmé Amidala remains one of the most brilliant facets of that newer looking Star Wars galaxy.

Padmé And Her Wardrobe

Back in 2016, while covering the exhibition entitled “Star Wars And The Power Of Costume” Kristin Baver wrote about Padmé and Queen Amidala’s style: 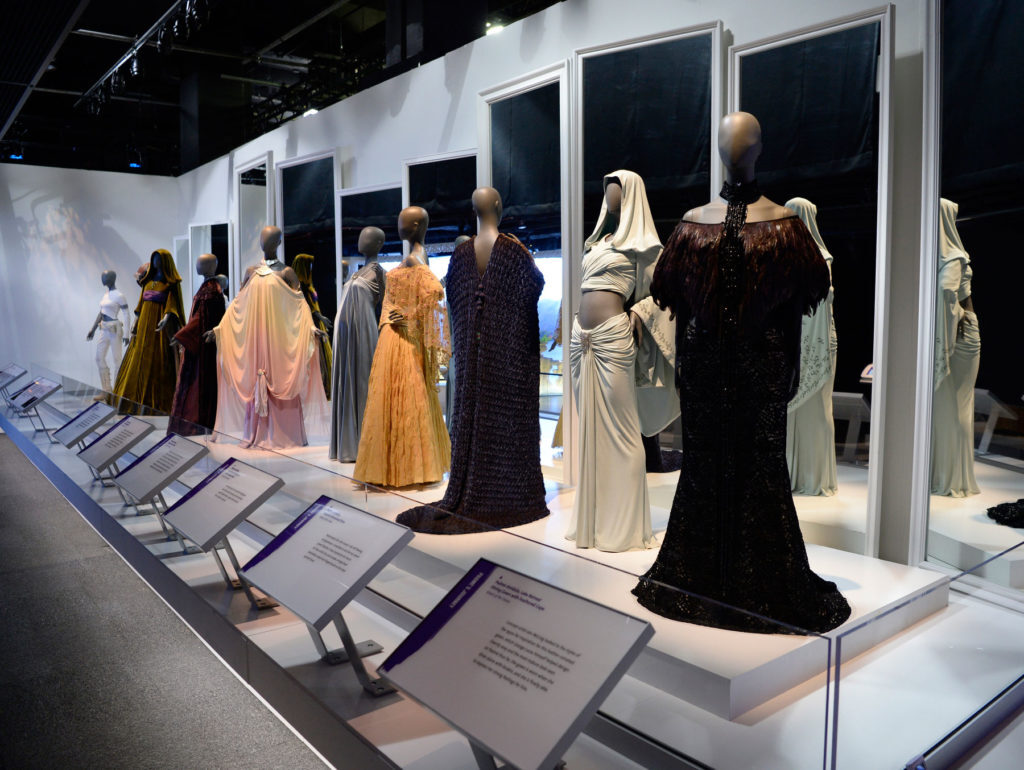 Take, for example, Amidala’s vast wardrobe, equal parts haute couture, and cultural homage. The character had so many costume changes over three films that some gowns that took months to create but were on screen for mere seconds. Among [exhibit developer Saul Sopoci] Drake’s favorites is a senate gown that boasts an opulent Mongolian-inspired headpiece, which along with everything else in the show must travel in a carefully-packed custom crate. “On a symbolic level, when you look at this headdress, this person isn’t digging ditches. She’s the queen of some people,” he says. Those nonverbal cues, in this case, a nod to Tibetan royalty’s court regalia at the turn of the century, imbue many characters with a clear purpose as soon as they walk on screen. “Truly on a symbolic level, there are some powerful things at play here.”

Trisha Biggar and E.K. Johnston Talk Padmé Fashion and We Go Behind The Scenes!

This month on The Star Wars Show, we get a behind-the-scenes look at Star Wars: Jedi Temple Challenge and watch cute baby animals take on the Empire. Plus, E.K. Johnston and Kristin Baver talk Padmé fashion with prequel costume designer, Trisha Biggar.

And beyond the above video, I can’t recommend Johnston’s Padmé books more. They are excellent.

I’ve listened to both via audible and I must say that the depth that Johnston gives to everyone in the Amidala cadre MAKES THE PREQUELS BETTER. And I am saying that as a “Prequelist”!

So, in that vein, I must recommend one more videos, this time from “The Star Wars Show Book Club“:

I hope we get a Star Wars Show Book Club about Queens Peril soon!