Following up on the recent announcement on This Week! In Star Wars…the Baver Bunch assembled in their living rooms around the galaxy to read and discuss Alphabet Squadron by Alexander Freed.

Feel The Force With The New Star Wars Book Club

The premise of the book is unique, as it is set just weeks after the Rebel Alliance’s defeat of the Empire on the forest moon of Endor.

Check out this synopsis: 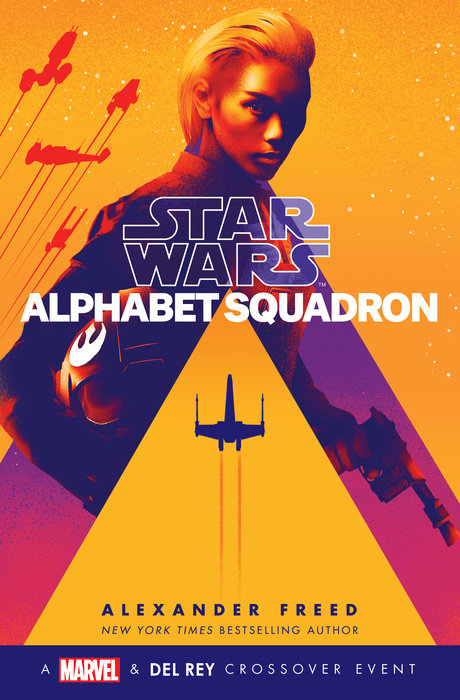 On the brink of victory in a brutal war, five New Republic pilots transform from hunted to hunters in this epic Star Wars adventure. Set after Return of the Jedi, Alphabet Squadron follows a unique team, each flying a different class of starfighter as they struggle to end their war once and for all.

The Emperor is dead. His final weapon has been destroyed. The Imperial Army is in disarray. In the aftermath, Yrica Quell is just one of thousands of defectors from her former cause living in a deserters’ shantytown—until she is selected to join Alphabet Squadron.

Cobbled together from an eclectic assortment of pilots and starfighters, the five members of Alphabet are tasked by New Republic general Hera Syndulla herself. Like Yrica, each is a talented pilot struggling to find their place in a changing galaxy. Their mission: to track down and destroy the mysterious Shadow Wing, a lethal force of TIE fighters exacting bloody, reckless vengeance in the twilight of their reign.

The newly formed unit embodies the heart and soul of the Rebellion: ragtag, resourceful, scrappy, and emboldened by their most audacious victory in decades. But going from underdog rebels to celebrated heroes isn’t as easy as it seems, and their inner demons threaten them as much as their enemies among the stars. The wayward warriors of Alphabet Squadron will have to learn to fly together if they want to protect the new era of peace they’ve fought so hard to achieve.

Part of a Marvel and Del Rey crossover event, Alphabet Squadron is the counterpart to Marvel’s TIE Fighter miniseries, which follows the exploits of Shadow Wing as they scheme to thwart the New Republic.

You can also listen in to a snippet:

And you can read from the first chapter:

“I was eighteen kilometers above sea level when they caught me,” she said.

The droid measured her heart rate from across the room (sixty-two beats per minute, seven above her baseline) and stored her voiceprint for post-session analysis. It performed a cursory optical scan and noted the scrapes on her lips and forehead; the sling supporting her right arm. She had begun to regain muscle mass, though she remained—the droid permitted itself a poetic flourish—frail.

“You remember the precise altitude?” the droid asked. For this interaction it had chosen a masculine voice, bass and hollow. The sound projected from a speaker on the underside of its spherical black chassis.

“I have an extremely good memory.”

The droid oriented the red lens of its photoreceptor as if to stare. “So do I.”

The woman met its gaze. The droid readjusted the lens.

This is the story she told… 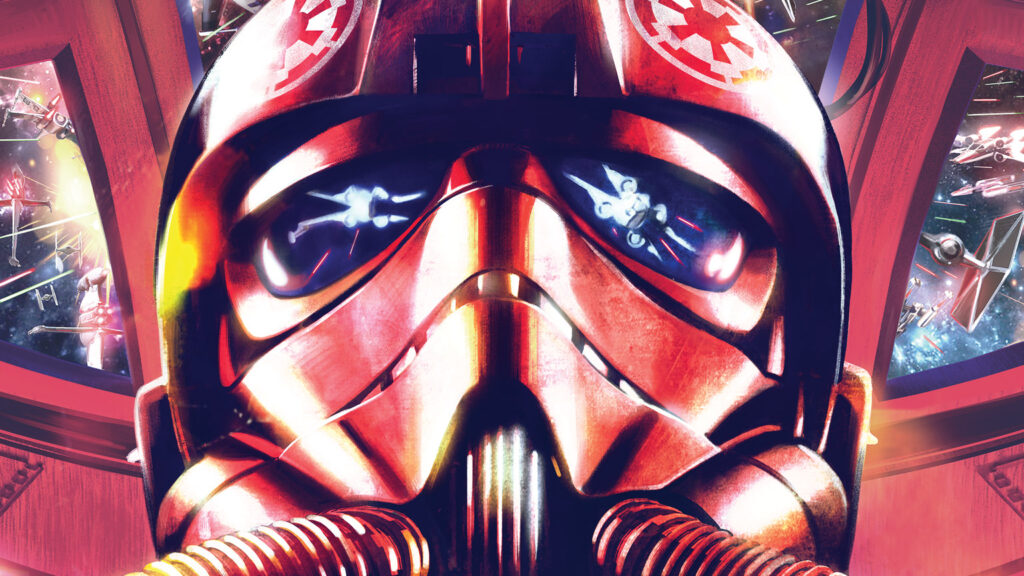 And, BTW, make sure to catch up on the Empire pilot’s side of the argument via Marvel’s Star Wars: Tie Fighter:

ENTER SHADOW WING! THE EMPIRE’S SALVATION! THE REBELLION’S DOOM! As the war against the REBELLION stretches on, it is the innocent people of the GALACTIC EMPIRE who are most at risk. An elite squadron of TIE fighter pilots is assembled to help protect Imperial interests and hammer the Emperor’s fury down upon the treasonous and violent Rebel Alliance. But how far is this untested team willing to go to preserve law and order? And are the pilots of SHADOW WING as loyal to the Empire as they seem? This April, JODY HOUSER (THRAWN, AGE OF REPUBLIC) and ROGÊ ANTÔNIO’s (X-MEN RED) TIE fighter tale chronicles the struggles and triumphs of the heroes of the Empire in the last days of civil war — but what about the heroes of the Rebellion? Be sure to pick up the first book of TIE FIGHTER’s sister novel series, STAR WARS: ALPHABET SQUAD by Alexander Freed. 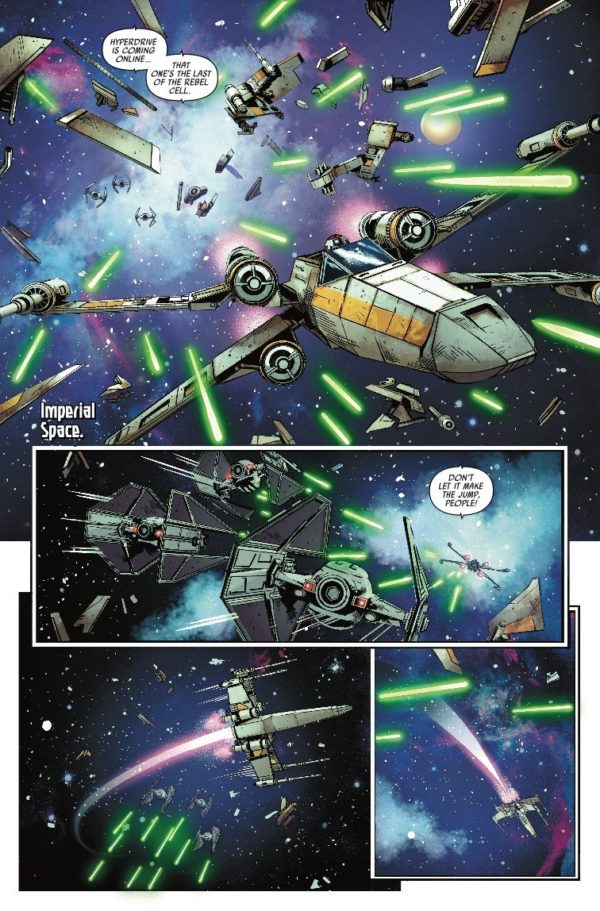 Or, you could just watch the Star Wars Show Book Club!

This week Kristin Baver dives into Alphabet Squadron by Alexander Freed with panelists Mandi Muñoz, Amy Ratcliffe, and Justin Bolger. Plus, Kristin asks Alexander Freed your questions about the book.

The next book club meeting centers around Queen’s Shadow, which you can download for FREE: