Disneyland Ambassador’s official Instagram account recently shared the exciting event in its stories. A Disneyland employee was on hand to give Guests a Disney Cast Life First Look (#disneycastlife). She explained that there would be a lot of fun ways to use the MagicBand+. One of its most highly anticipated features is the way it syncs to the breathtaking World of Color show at Pixar Pier.

The Cast Activities Team was all set for the special night, ready to celebrate the Band’s arrival. Magic Backstage winners were given the opportunity to be among the first Disneyland Resort Cast Members to use the MagicBand+.

They stood in line, cheering in anticipation of the exciting event, which has been a long time coming! As they carried their new merchandise into the Parks they united their Bands together, getting ready to see them in action.

MagicBand+ and World of Color at Disneyland

In a stunning video, viewers can see one of the MagicBands glowing on a Cast Member’s wrist as World of Color plays. Pixar Pal-A-Round lights up the background as the band coincides with the entertainment experience. 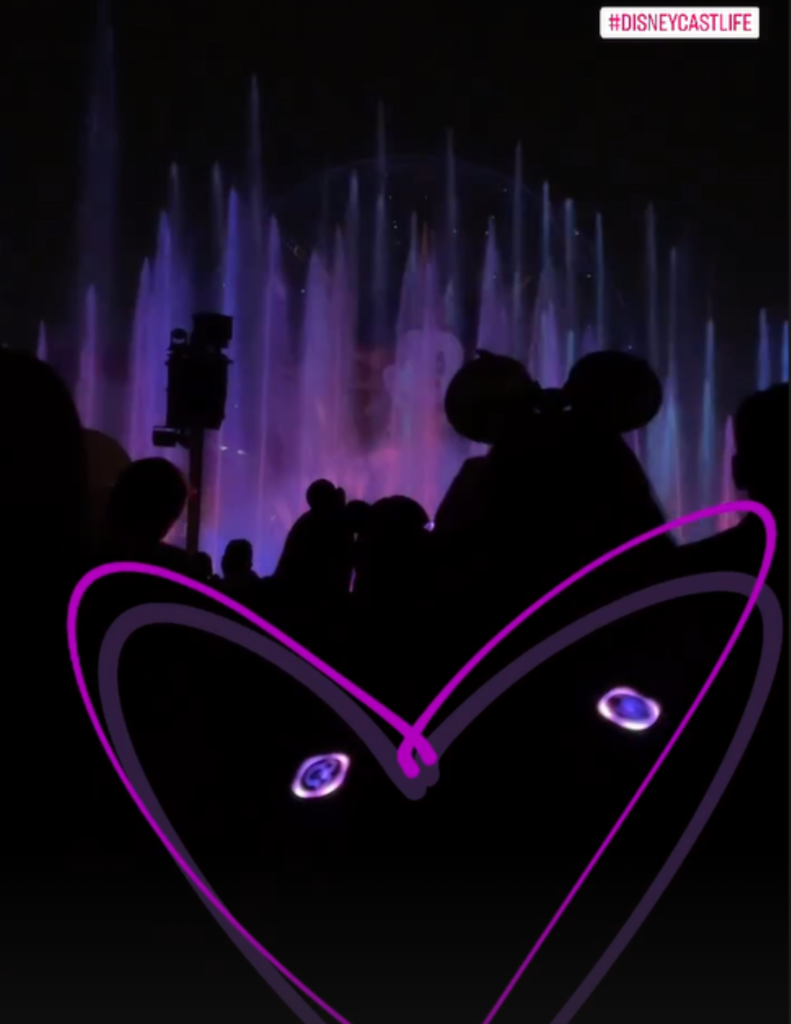 The accessories can be seen mirroring the colors of the show as “A Whole New World” plays from Aladdin. Next, the Genie wows Guests with “Friend Like Me” while lights dance around the MagicBands in happy unison.

The Cast Members geeked out as the Pirates of the Caribbean theme song played, causing their accessories to sparkle. As the show concluded, fans got one last peek at the MagicBand+ and I must say, it looked spectacular! Disneyland collectors will undoubtedly enjoy this magical new item. Thanks to all the Cast Members who gave us a sneak peek of the new MagicBand+ coming soon to Southern California!