More Than a Hotel: A Masterpiece!

Hotel New York – The Art of Marvel is more than a hotel – it’s a masterpiece!

One of the largest collections of Marvel artwork

Disney’s Hotel New York – The Art of Marvel will have one of the largest collections of Marvel artwork in the world, with more than 350 items on display, including 50 exclusive and never-before-seen pieces. 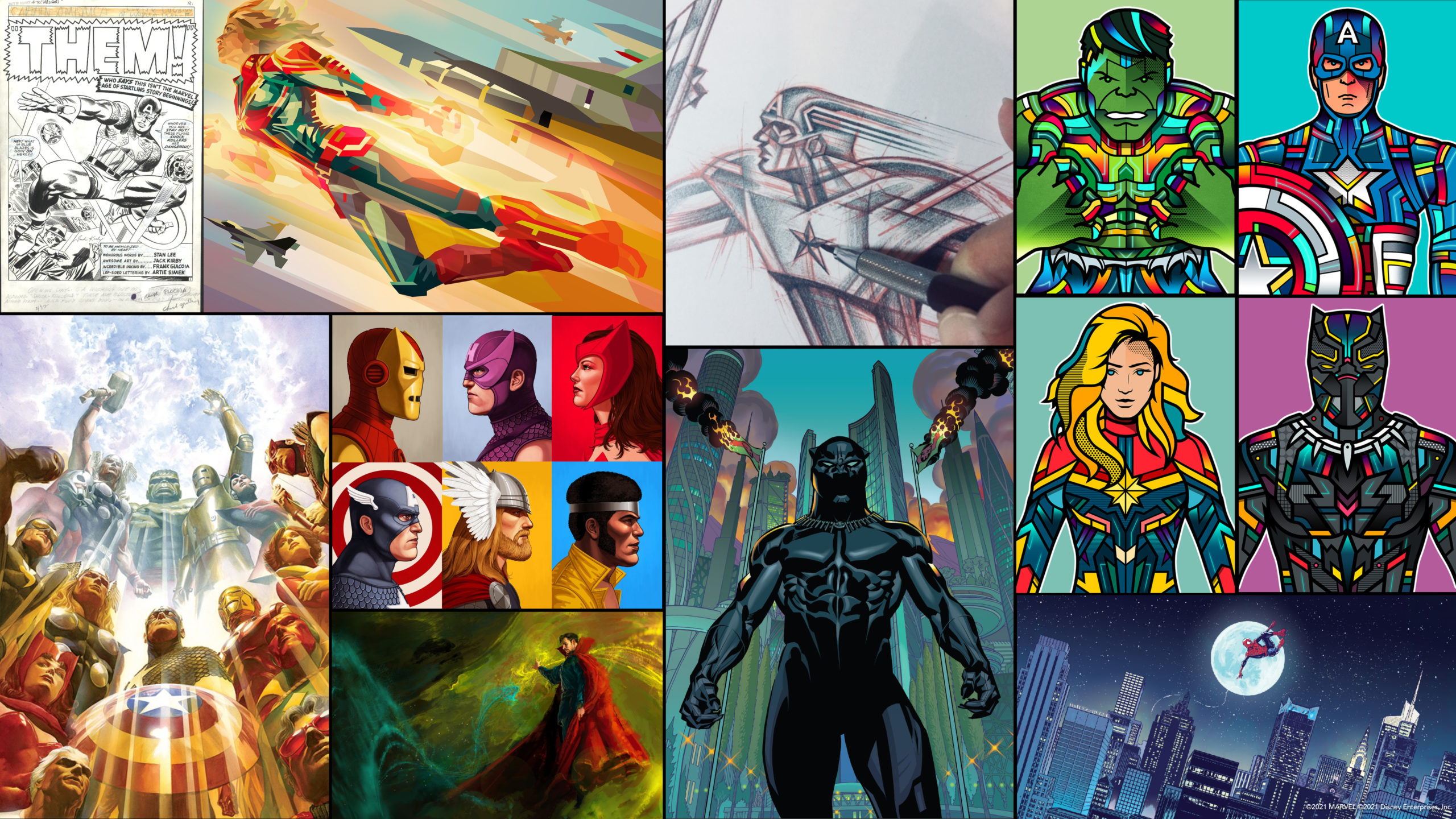 Artists from around the world

The talented European artists responsible for some of the exclusive artwork include:

From the 2007 Thor comic book series – cover by Olivier Coipel

French Marvel artist Olivier Coipel, famous for his work on The Avengers, Thor and Spider-Man, created a powerful representation of Thor: God of Thunder in a comic-book style, using an overlap of vibrant red and blue colors highlighting the duality between the Super Hero’s mythological and human sides and using forced perspective to bring out the action. 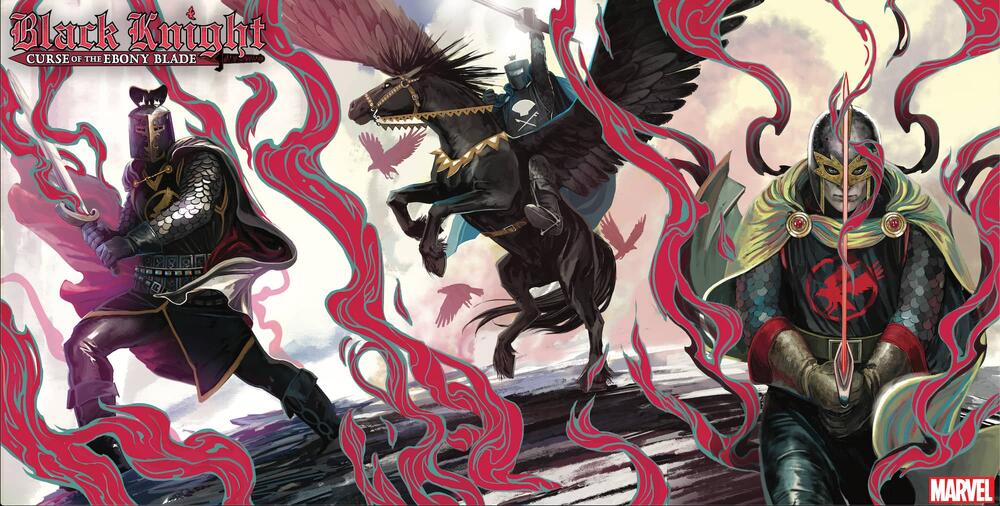 French Marvel artist Stéphanie Hans, featured in Marvel Comics including Asgardians of the Galaxy, Black Bolt and many more, created an impressive realistic portrait of a determined and strong Captain Marvel, depicted in full flight and surrounded by her photonic power. 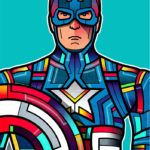 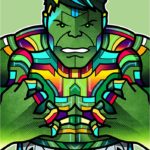 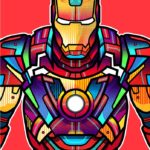 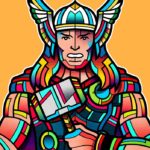 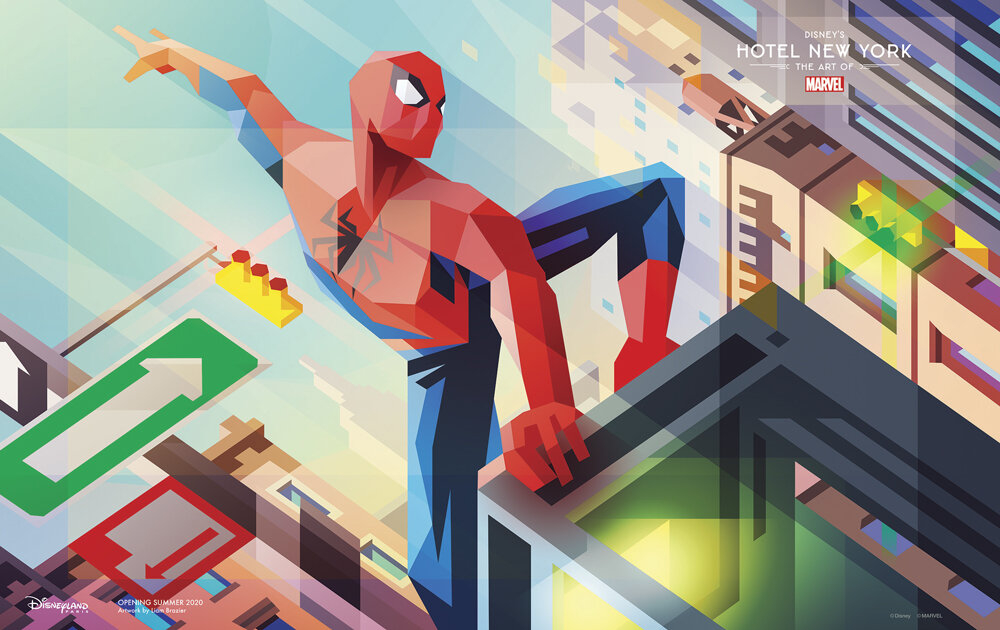 UK artist Liam Brazier, known for his geometric reinterpretations of iconic characters, created several pieces for the hotel including heroic contemporary portraits of Captain America, Thor and Hulk using saturated and bright colors as well as lines highlighting the dynamism of the Super Heroes’ poses. 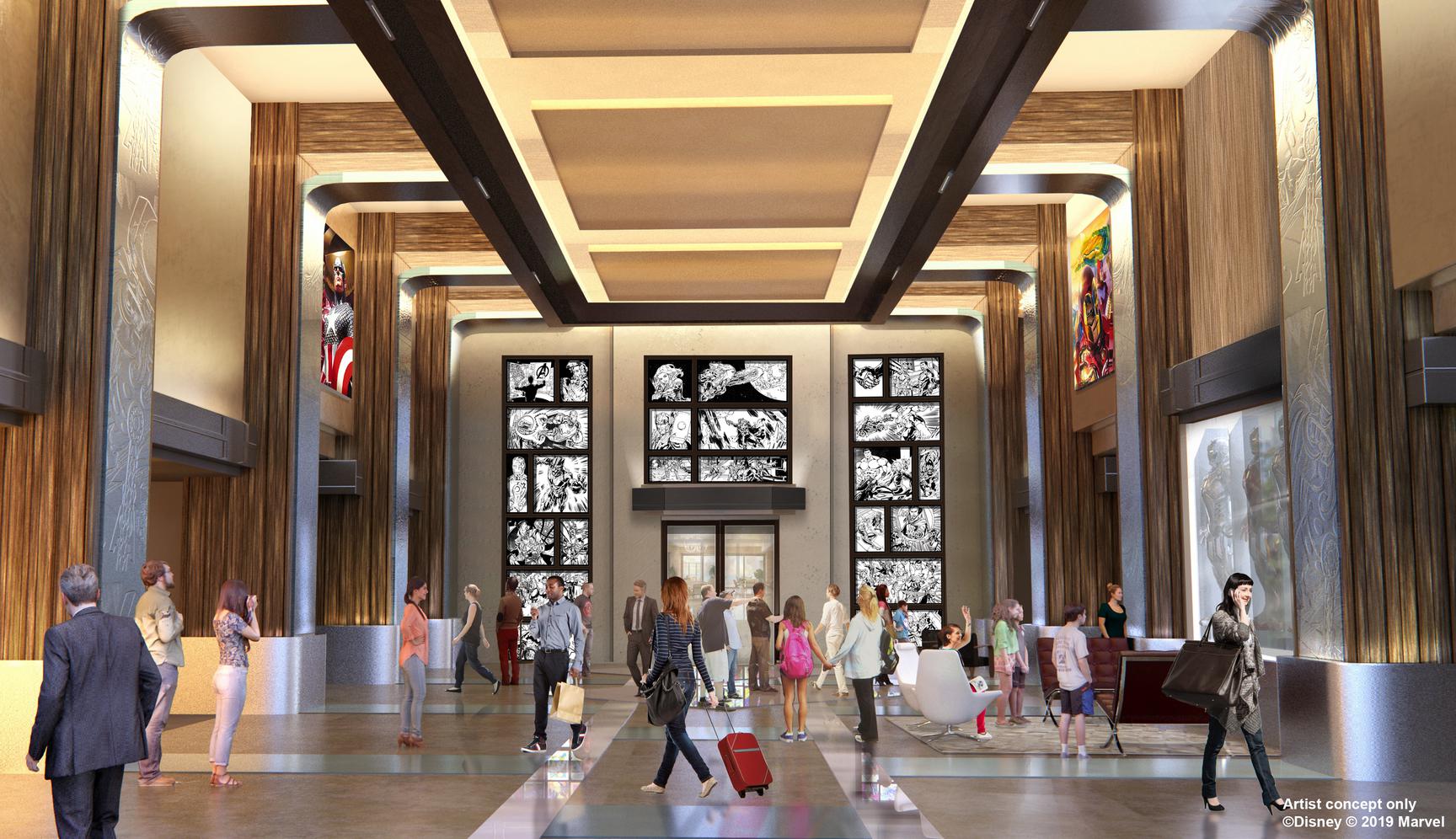 Spanish artist Carlos Gomez created huge backlit black and white comic panels that will greet guests as they enter the lobby, depicting the exciting and dynamic story of the Avengers uniting in New York City in an inclusive way, to be understandable by everyone even with no dialogue.

Disney Hotel New York – The Art of Marvel will also include a space dedicated to temporary art exhibitions, The Jack Kirby Legacy Gallery, that will showcase artworks for limited periods.

This area will also offer a permanent exhibition dedicated to Jack Kirby himself – the “The King of Comics” – with 21 comic book covers drawn by this legend. It is to him that we owe the creation of the X-Men, the Fantastic Four, the Incredible Hulk, the adventures of Thor and the Avengers. Guests eager to learn more about the stories behind the artwork displayed in the hotel lobby and Jack Kirby Legacy Gallery will be invited to call upon the Art Guardians, a selection of specially trained cast members with additional knowledge. You’ll see that Disney’s Hotel New York – The Art of Marvel is more than a hotel, it’s a masterpiece!

Epic news! 💥 Disney's Hotel New York – The Art of Marvel opens its doors on 21st June!
Be the first to book your stay and enjoy an exclusive, limited-edition Marvel artwork and complimentary soft drink in one of the bars! #ArtofMarvelHotel 👀 https://t.co/1H4IohztFe pic.twitter.com/8hrkCNPOFx

The hotel boutique has been thought of as a museum shop where guests can purchase beautiful reproductions of some of the Marvel artwork displayed in the hotel. This boutique, directly inspired by Tony Stark’s iconic Wall Of Armor, will display collector figurines, art books, exclusive editions of Marvel comic books and many items directly related to the architecture and design of the hotel, including statuette reproductions of Iron Man armors on display in the lobby.

Disney’s Hotel New York – The Art of Marvel is truly more than a hotel, it’s a masterpiece!

Want to visit Walt Disney World? Then work with an authorized Disney vacation planner! I can plan your Disneyland, Walt Disney World, Aulani, Disney Cruise Line or Adventures by Disney vacation, for free! As an agent with MickeyTravels, I’ll assist you with everything from planning your perfect vacation to helping you plan lots of special touches to make your visit truly magical. Fill out a vacation request form or get in touch at 732.754.4553 or jbannon@mickeytravels.com or follow me on Facebook, Instagram or Tiktok.

Disney’s Hotel New York – The Art of Marvel is truly more than a hotel, it’s a masterpiece!