Drink Up Me Hearties! New Pirates of the Caribbean Mug

Disney recently debuted an epic piece of merchandise celebrating one of the greatest water rides of all time! Drink up me hearties, because a new Pirates of the Caribbean Mug just landed in the Emporium at Walt Disney World Resort. 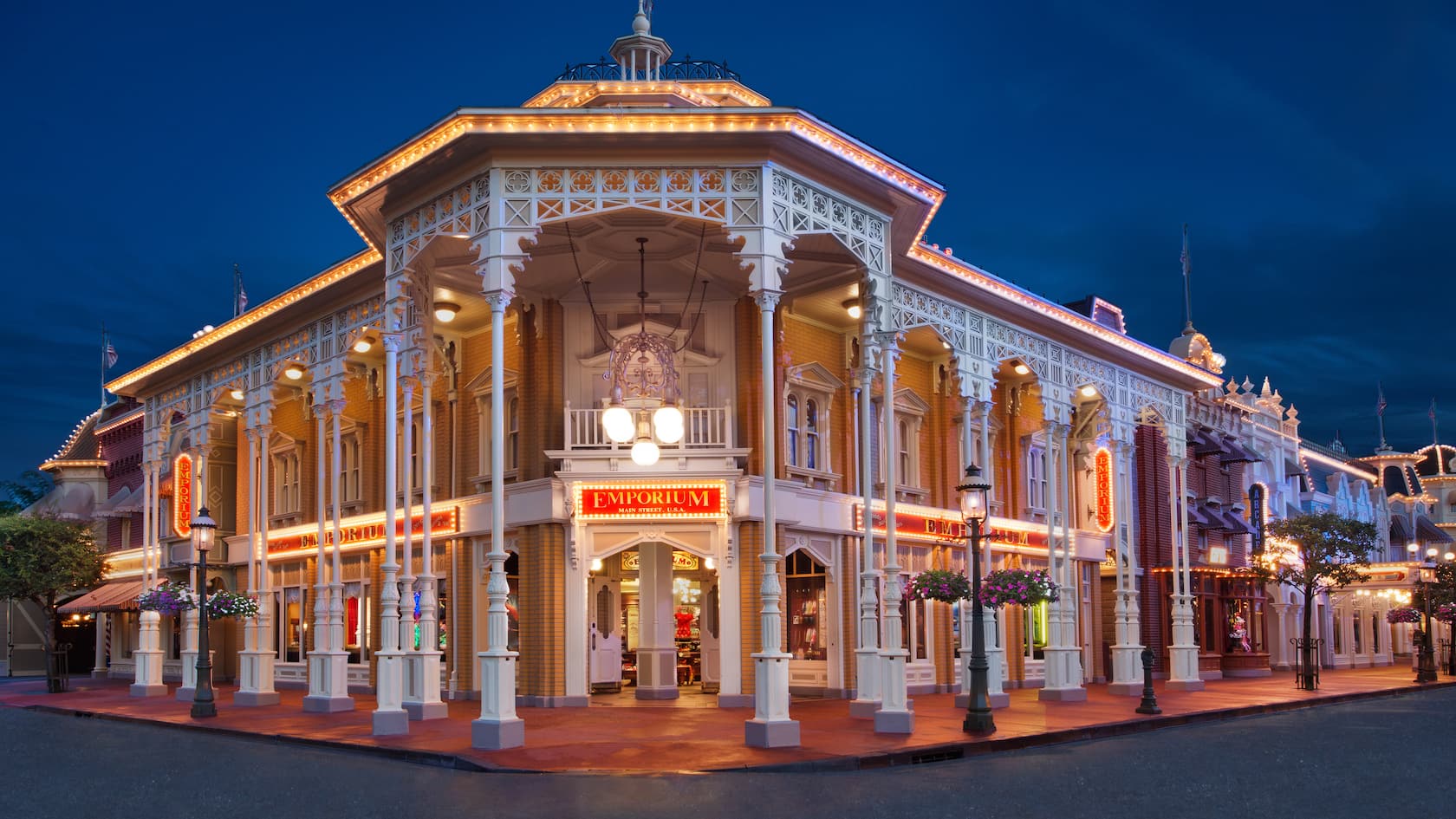 Those who don’t live near the Parks especially enjoy a sip that reminds them of their time at the Happiest and Most Magical Places on Earth. Pirates of the Caribbean is one of the most popular water rides at the Resorts. 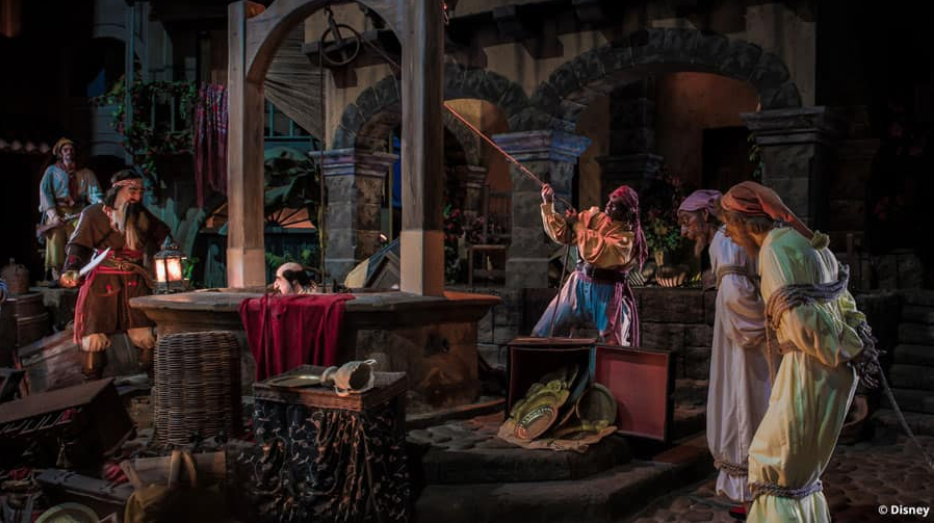 Guests love climbing aboard the iconic ship to travel through the swashbuckling storyline. Jack Sparrow may be a beloved character from the films, but a certain skeleton also holds a nostalgic place in people’s hearts.

Known as The Talking Skull, Jolly Roger, or Captain X, the ride’s skeleton is a fan favorite. Let’s take a closer look at the Pirates of the Caribbean Mug, which displays the famous skull. The Pirates of the Caribbean coffee mug is predominately black, with red, white, and pearl accents. On the front, the Talking Skull is featured amid his iconic crossed swords. 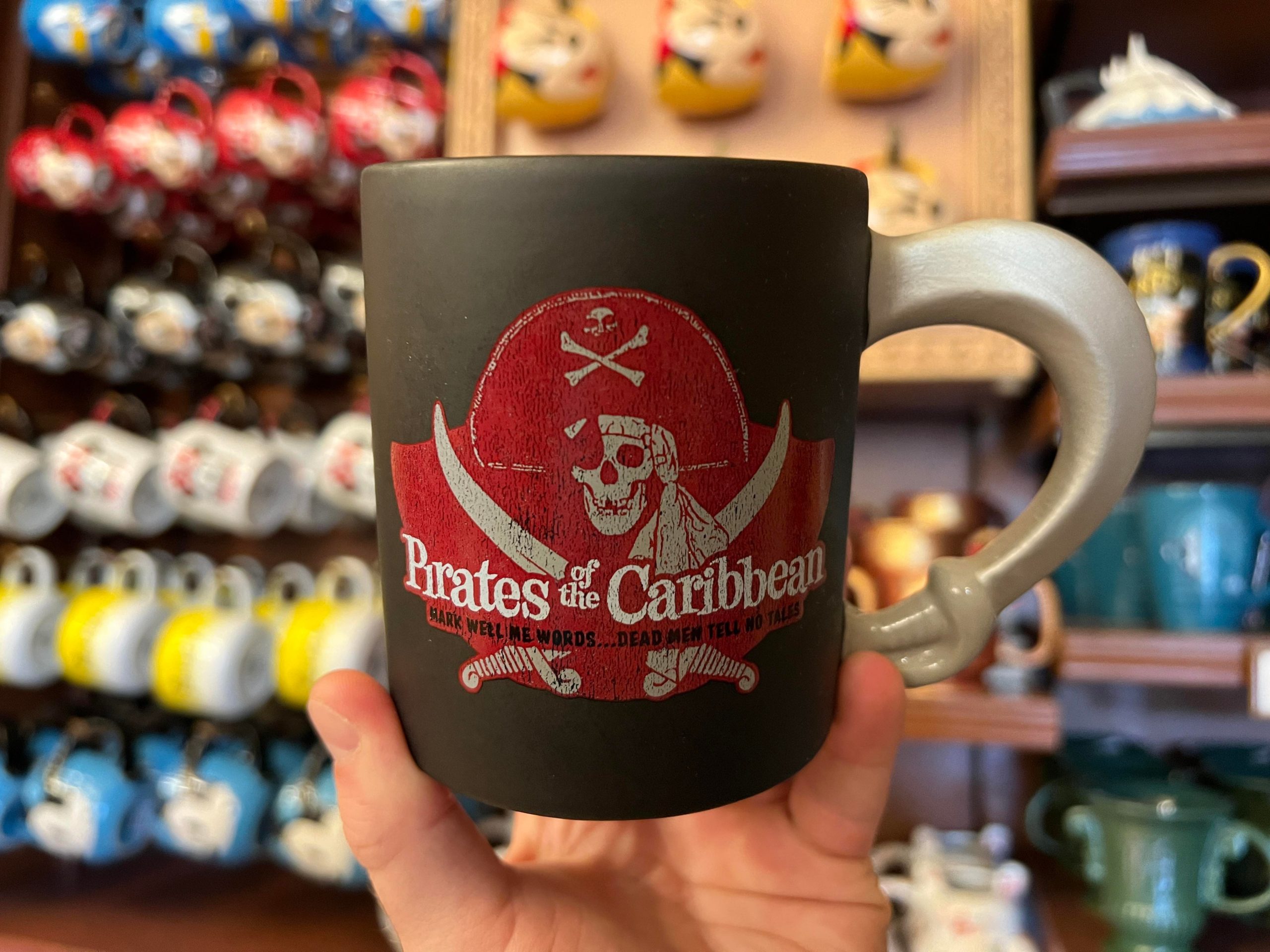 Donning his signature hat and eye patch, the image mirrors the character found on the ride. Text on the front reads, “Pirates of the Caribbean, ‘Mark Well Me Words…Dead Men Tell No Tales’,” a quote from The Talking Skull himself. 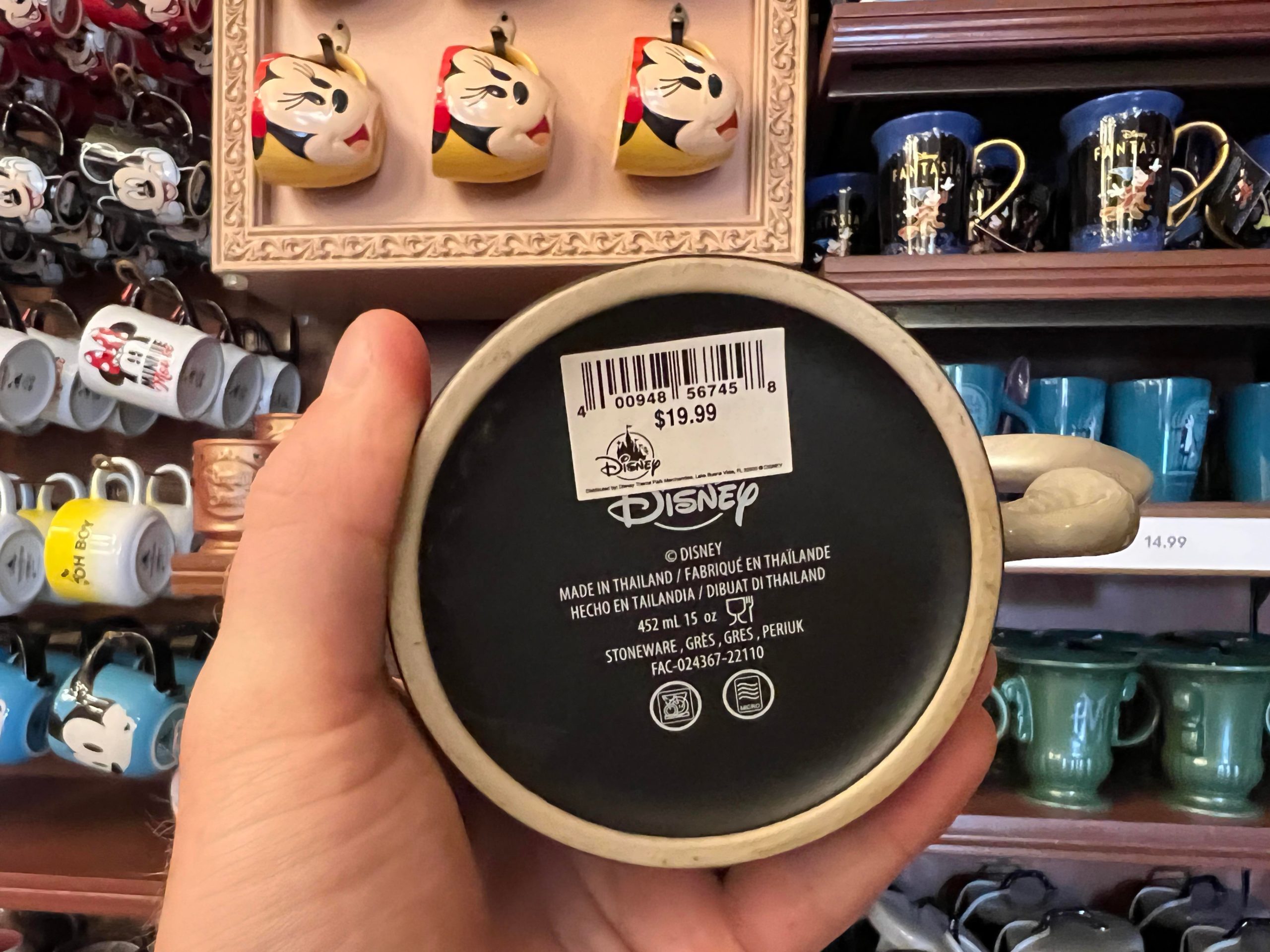 The handle is unique, featuring a curved sword in shiny white, pearlescent form. At $19.99 it would make the perfect addition to any Pirate lovers collection.

Head over to the Emporium to pick up one of these jolly mugs before it’s too late!

Thanks for visiting MickeyBlog.com! Want to go to Disney? For a FREE quote on your next Disney vacation, please fill out the form below ,and one of the agents from MickeyTravels, a Platinum level Authorized Disney Vacation Planner, will be in touch soon!