It’s almost New Year’s Day and for football fans that means that bowl games are just around the corner!  In this year’s Rose Bowl, Number 6 Ohio State University Buckeyes and the Number 11 Utah Utes will square off.  This year’s bowl game will take place at Pasadena California at the Capital One Venture X. To celebrate,  the teams payed a visit to Disneyland yesterday (Monday, December 27, 2022.)

The 108th Rose Bowl Game will officially kick off on Saturday, January 1, 2022.  It’s shaping up to be an exciting game with Ohio State having finished up their regular season with a 10-2 record.  Then there’s Utah which won its first Pac-12 Championship and finished the season with a 10-3 record.

Before meeting on the field during Saturday’s game, the teams met for their official pre-game appearance at Disneyland Resort. This is the only joint appearance of bowl week and you can check out some of the interviews below.

First is Kyle Whittingham, Head Coach of the Utah Utes:

Below you’ll also find an interview with Ryan Day, Head Coach with the Ohio State Buckeyes!

As you can see from the awesome footage shared by Disney, both teams celebrated their upcoming Rose Bowl appearance with a festive cavalcade down Main Street U.S.A at Disneyland theme park. 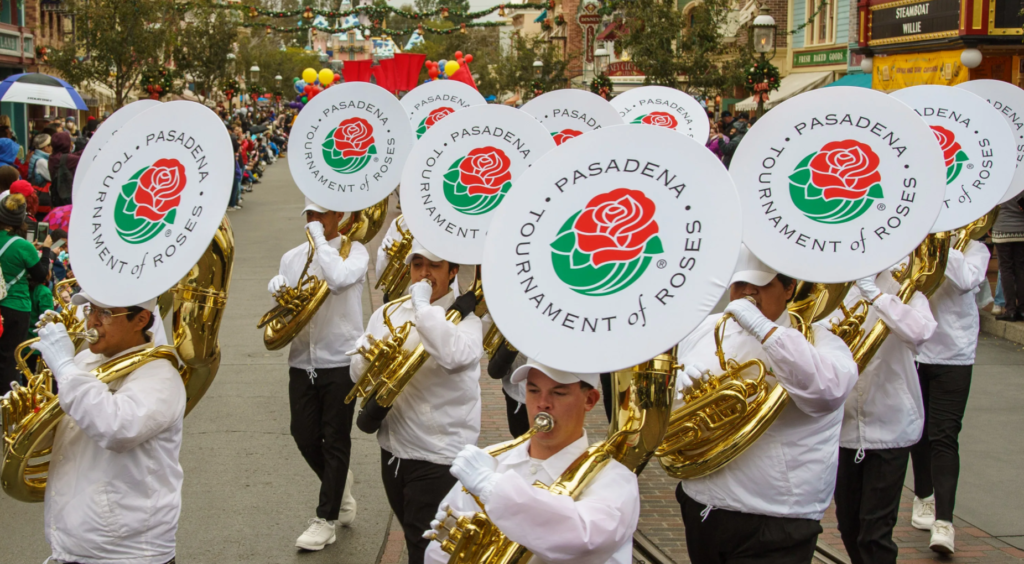 This year will mark Ohio State’s 16th appearance at the Rose Bowl and marks the first appearance by the Utes.  The game will be the second meeting between Ohio State and Utah. the teams previously squared back in 1986 when the Buckeyes won 64-6.

Readers are encouraged to keep following along with MickeyBlog for more Disneyland news and updates!