Disney will never allow a bit of unsightly construction ruin the magic of their parks or resorts, and that includes the streets and roadways, too! 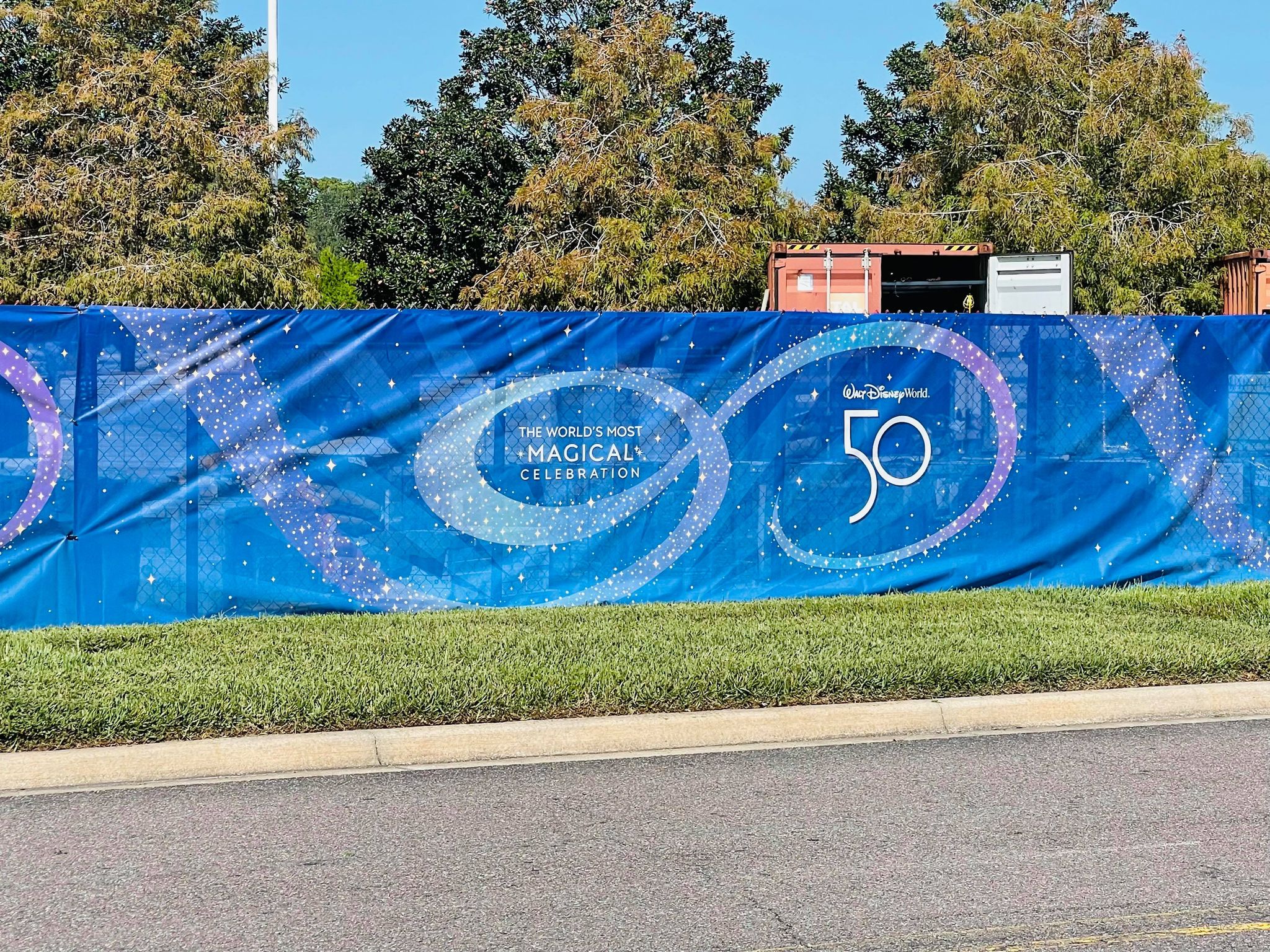 Recent visitors to the Magic Kingdom resort area – and MickeyBlog readers of course – will know that there is some construction work currently taking place at Disney’s Contemporary Resort. 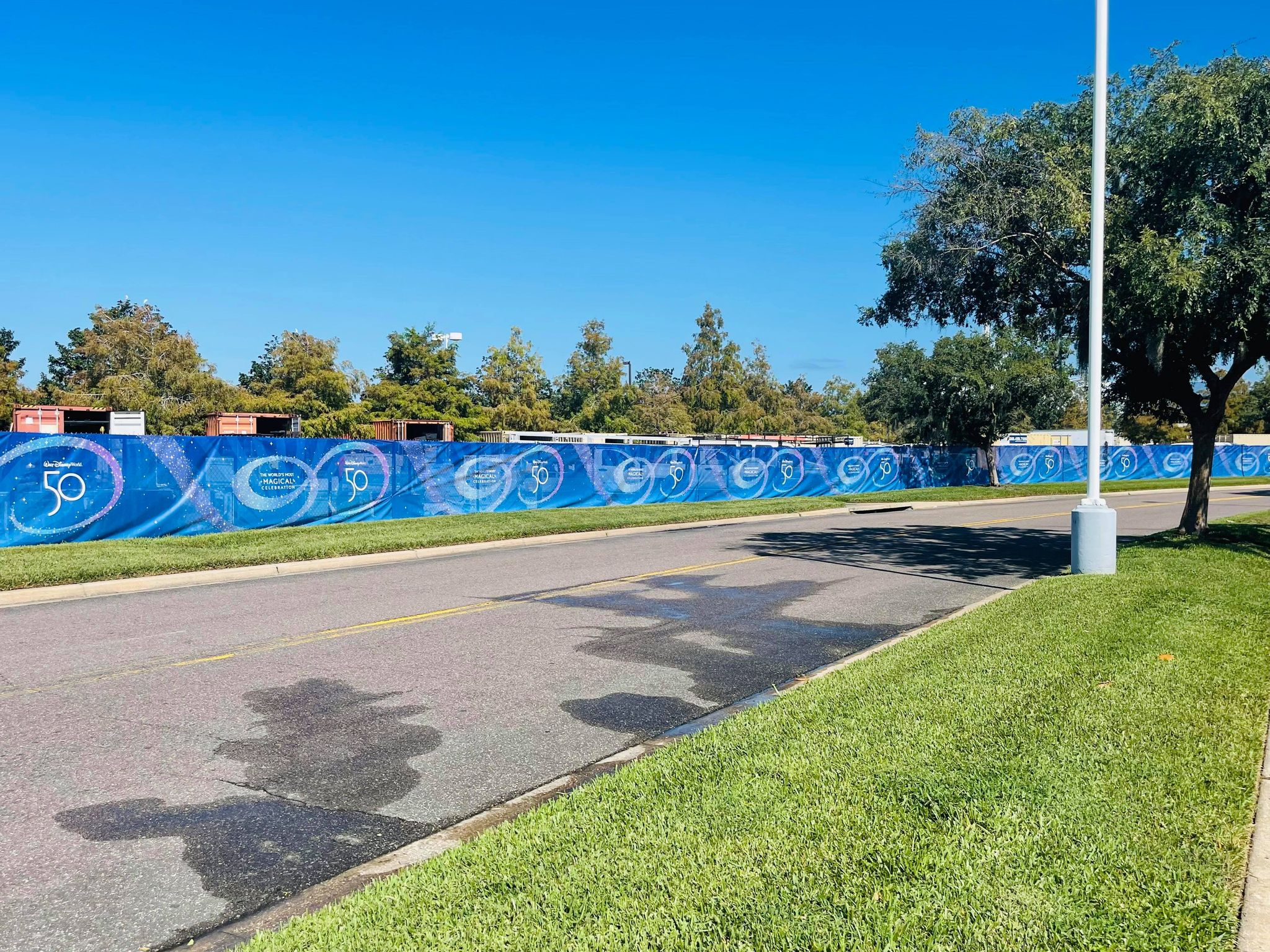 Due to this construction, there are a number of unsightly storage container units positioned along the street outside the resort.

To block these from sight of guests, Disney have erected a wall of scrim to cover the less-than-magical view. But, this is not just any scrim! 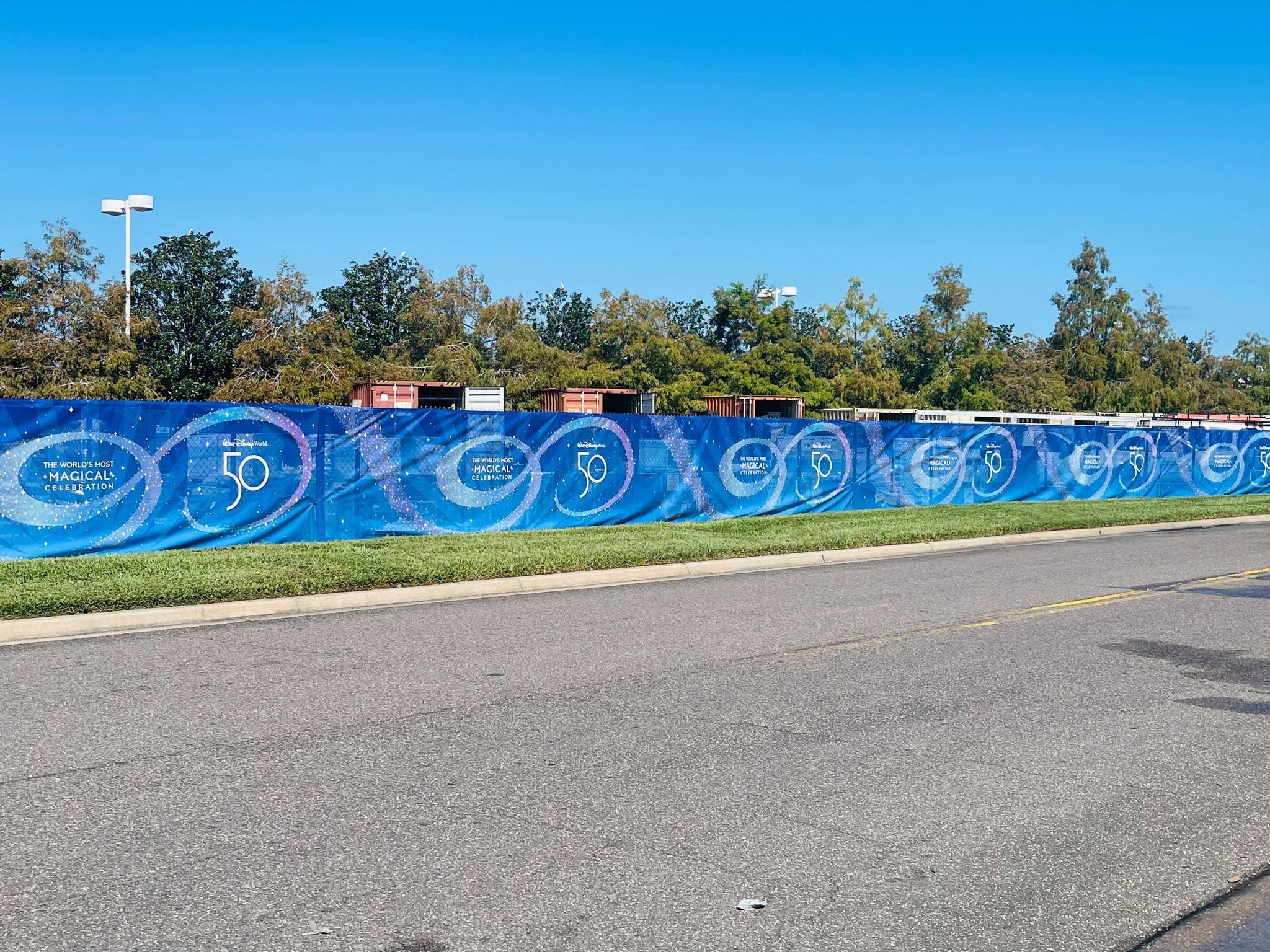 This adorable fencing is, of course, advertising the 50th Anniversary Celebration of Walt Disney World.

Or, like it says on the shimmering pattern, “The World’s Most Magical Celebration”! 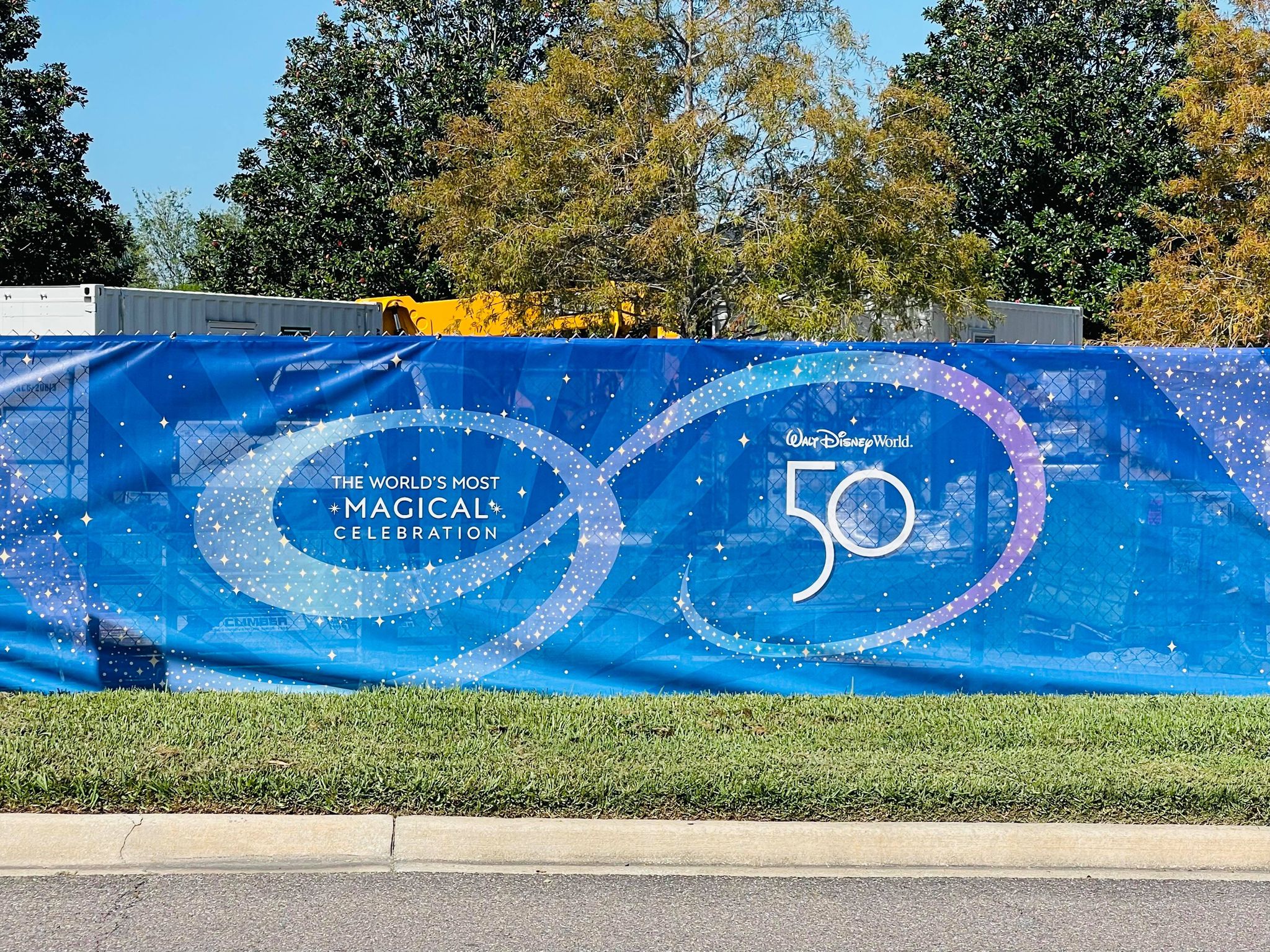 The cover is a royal blue in color, with a swirling pattern of pixie dust cascading around the anniversary logo and slogan. 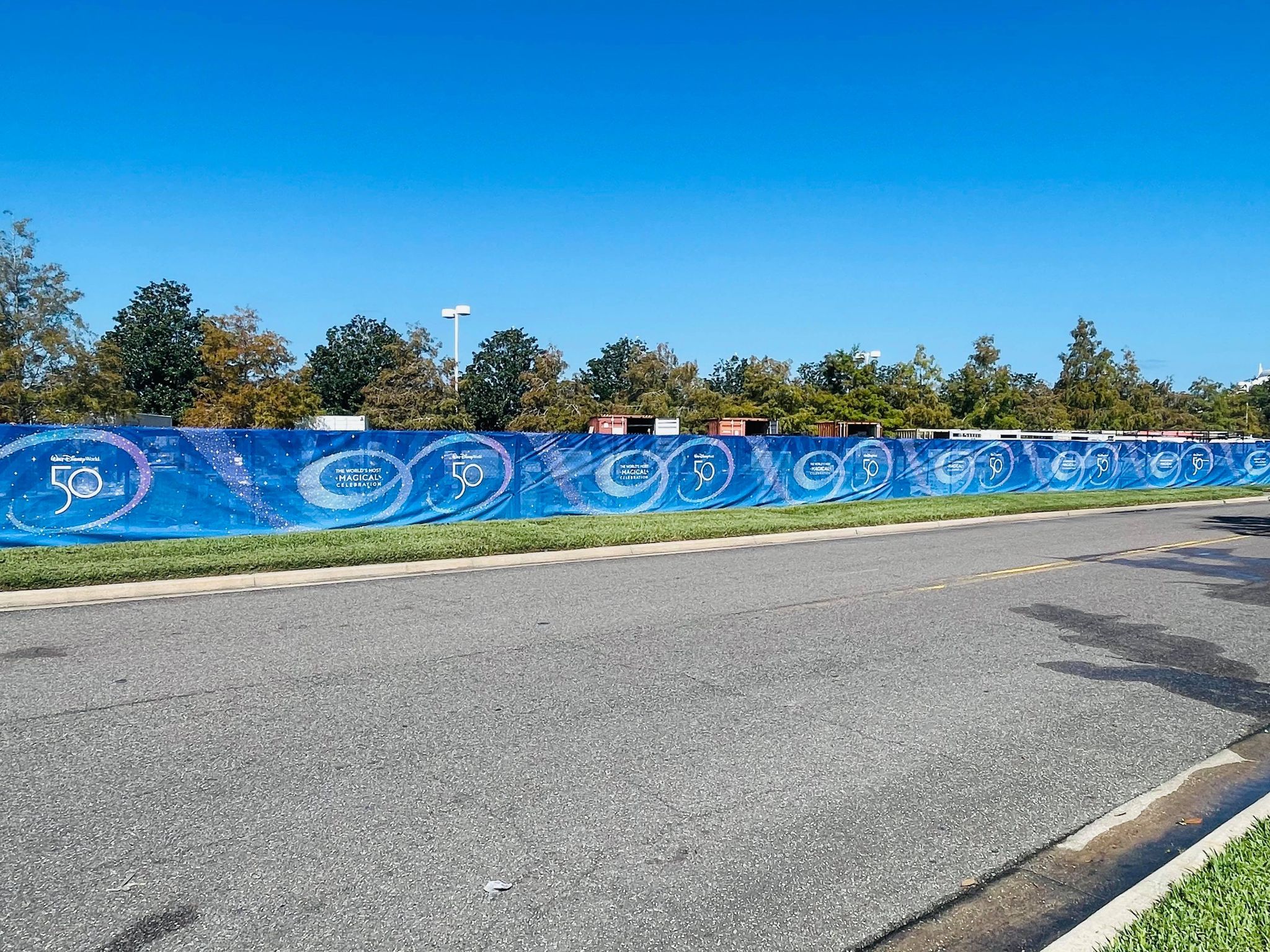 This pattern is repetitive down the length of the fence which, as you can see from these photos, stretches quite a long distance indeed! 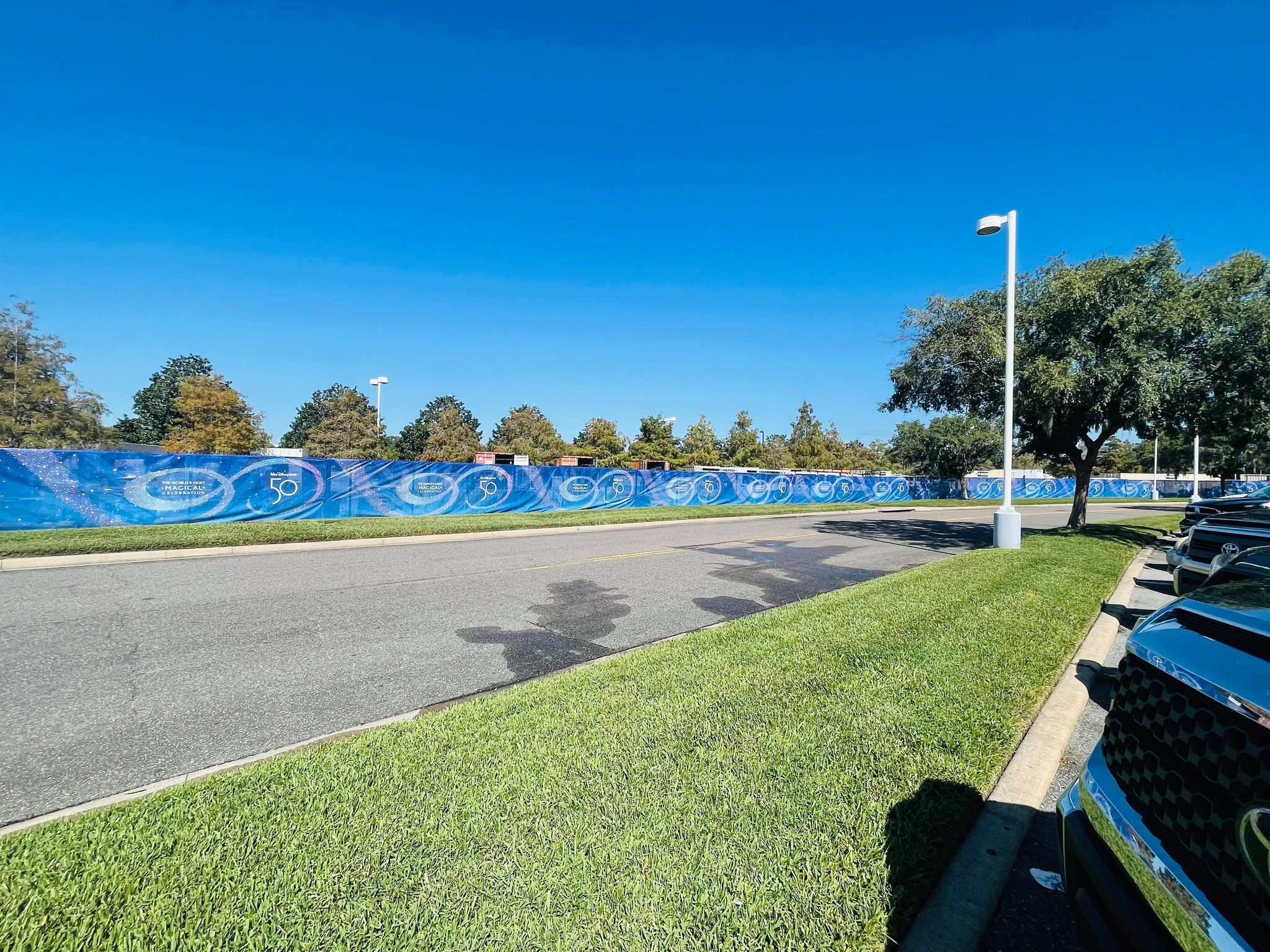 Under the glorious Florida sunshine, the scrim looks rather festive. 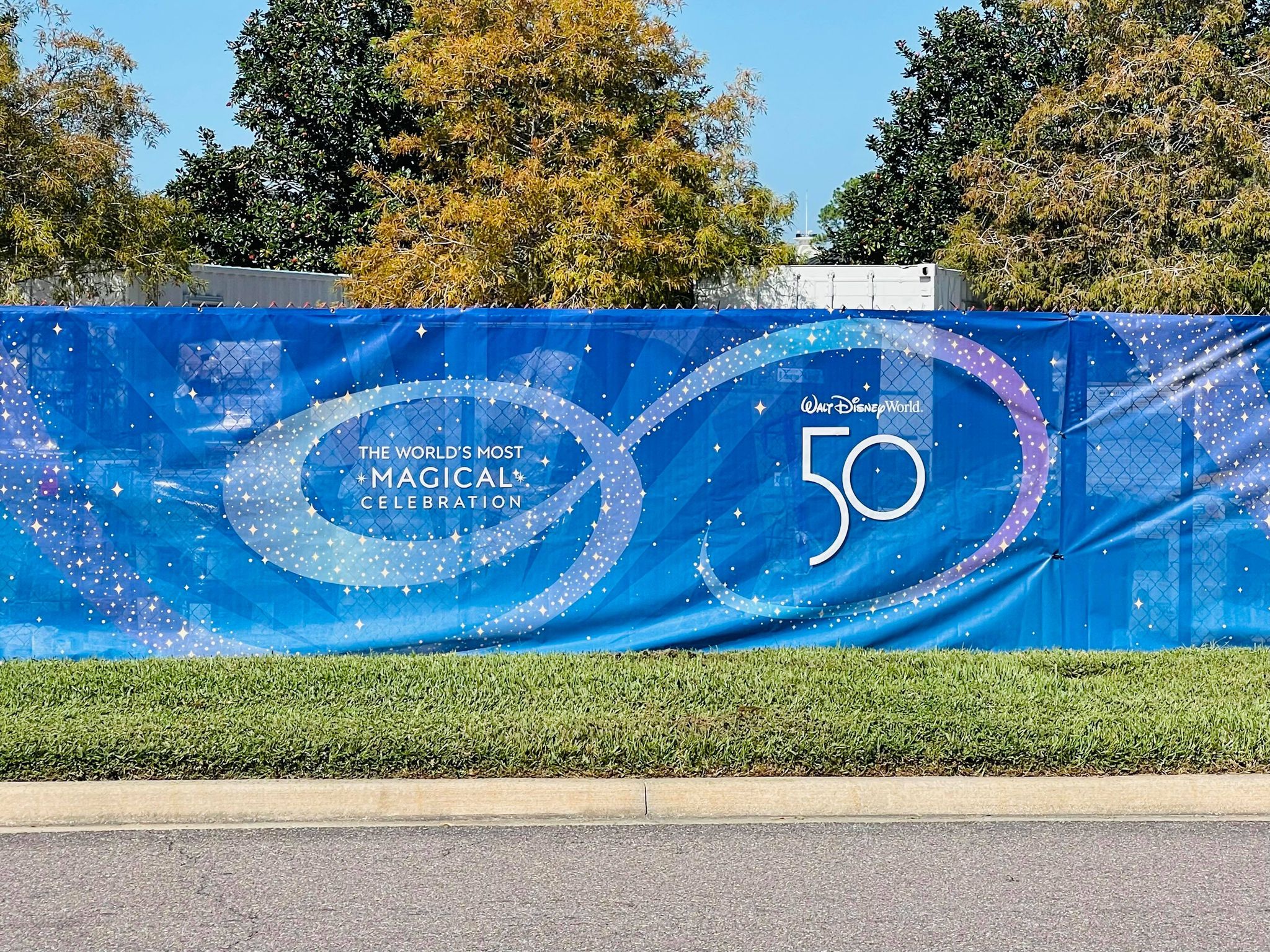 Over the past month, many banners have been hung around the Walt Disney World resort property in celebration of the anniversary. From the lobbies of hotels to inside the parks – everywhere is dressed for the celebration.

However, these are usually colored in the anniversary’s official shade of shimmering EAR-idesence. It is surprising Disney have opted for blue scrim along these walls – perhaps so as not to dazzle passing drivers? 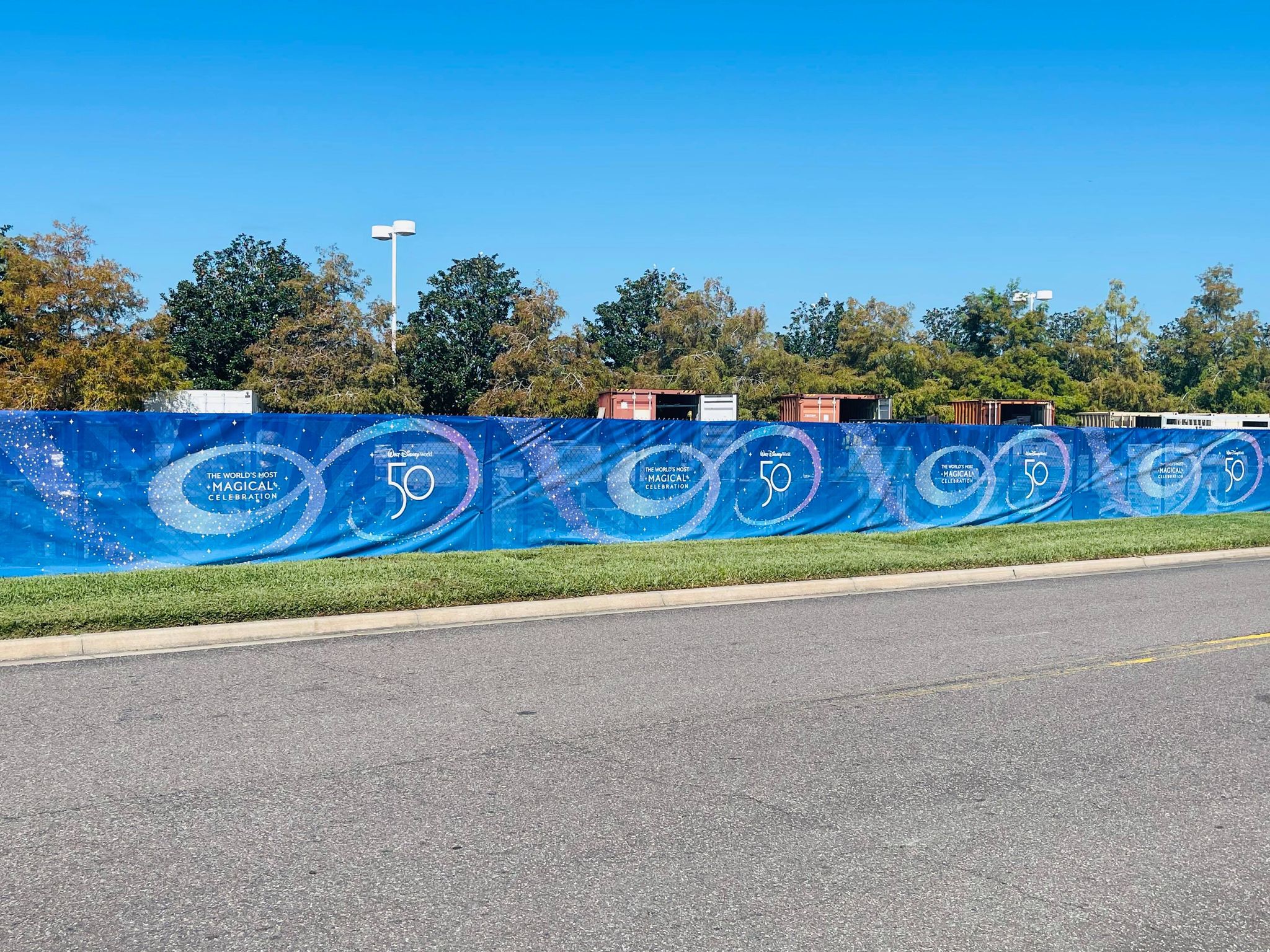 What do you think of this rather magical new scrim addition outside Disney’s Contemporary Resort?