We’ve got some news that may impact those planning a getaway to the Bahamas in 2020. This morning, the news has just come out that American Tourists will be banned from visiting the Bahamas due to the continued surge of COVID-19 cases in the country. This according a press conference given by Prime Minister Hubert Minnis yesterday (Sunday, July 19th.)

This is a rollback three weeks after the Bahamas reopened its borders to travelers.  According to the minister, the situation in the Bahamas has deteriorated “at an exponential rate since we reopened our international borders on July 1st. Minnis added that the country’s ministry of Health has reported 49 new cases since borders opening for a total of 153 cases in the islands.

Minnis announced a variety of measures that will be implemented given the closure. For instance Bahamasair, the national airline of the islands announced that they will cease all flights to the United States effective immediately. In order to accommodate tourists already there, outgoing commercial flights will be permitted.

You can check out the official tweet from the government in the Bahamas below:

Starting this Wednesday (July 23rd) international flights and commercial vessels carrying passengers won’t be permitted to enter the borders. Minnis said that exceptions will be made for flights from Canada, the United Kingdom and European Union.  Visitors from the countries listed above will be required to show negative COVID-19 rapid test results from an accredited lab.

According to the piece in USA Today, Minnis blamed nearby countries handling of the COVID-19 pandemic as the reason for the closure as well as the fact that cases are still raging around the world.  He said,  “In neighboring countries, hospitals are overwhelmed and deaths are increasing. For some places it is unclear when or how they will get this virus under control.”  Minnis  added that his country’s progress in fighting the disease can be reversed because of how citizens in other countries “are following or ignoring health guidelines.”

“Our current situation demands decisive action, if we are to avoid being overrun and defeated by this virus,” Minnis said. “We cannot allow our hospitals to be overrun. Many priorities must be balanced, be they health, social and economic. Chief amongst these though is the health.” 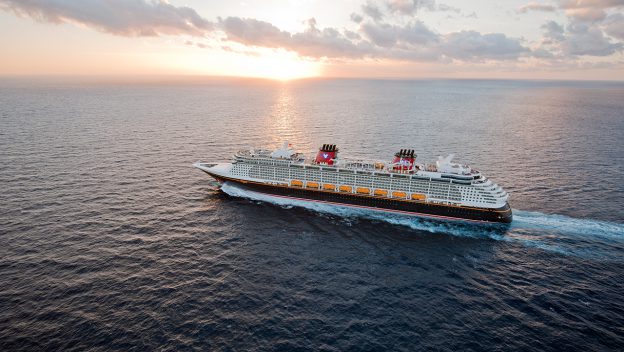 This is not surprising news given that Florida lies just 50 miles away from the Bahamas and is being considered by many as the new epicenter of the virus.  The state reported 12,478 new COVID-19 cases on Sunday.

This is a story that we’ll be following closely here at MickeyBlog so keep checking in with us for further Disney-related news and updates!