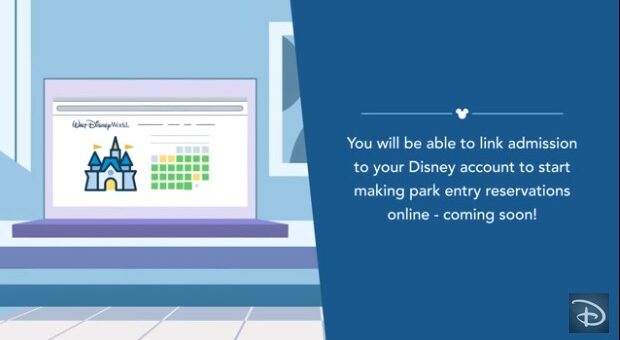 As we reported the other day, Disney announced they would be adding additional Park Pass theme park reservations for Annual Passholders. This morning, those reservations went live and it appears new reservations were added through September.

Let’s take a closer look at what is available. 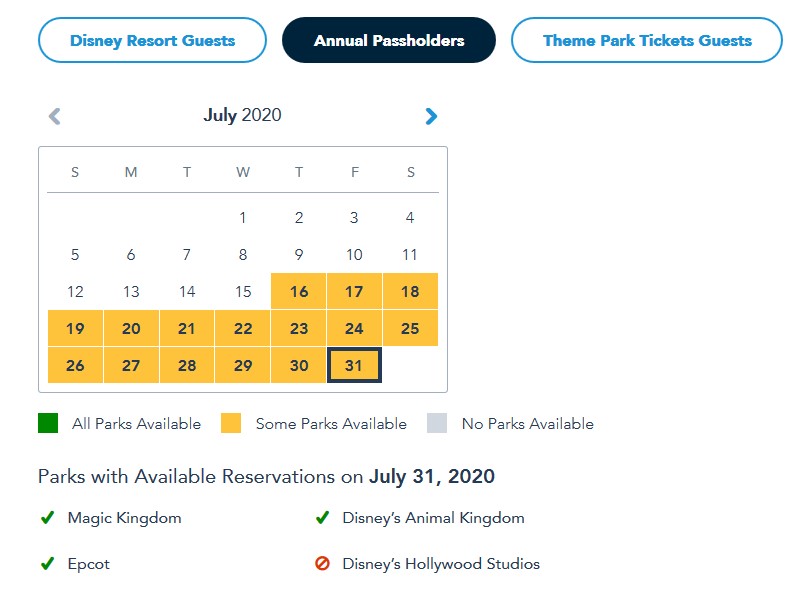 Annual Passholders can now make a Disney Park Pass reservation at all Parks in July with the exception of Disney’s Hollywood Studios. 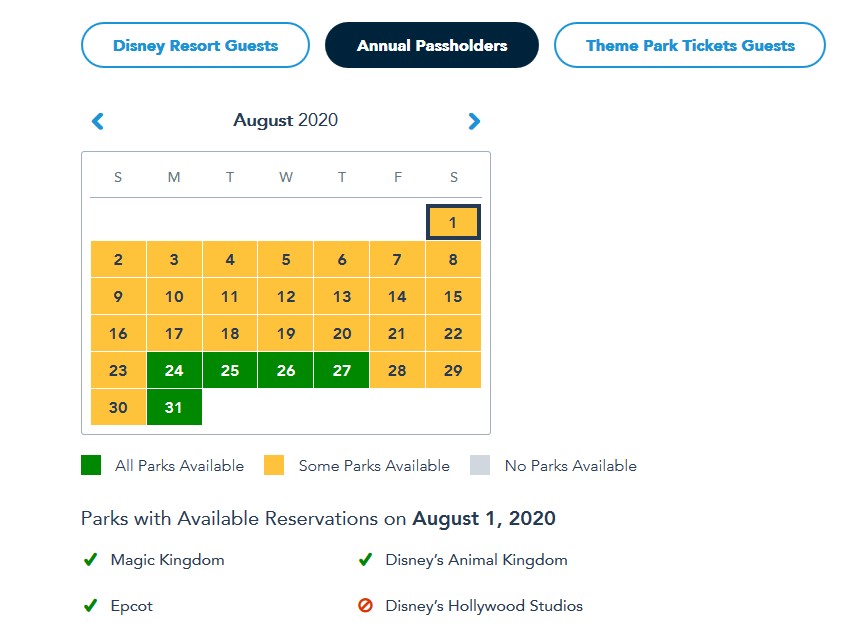 For August, it’s a little more complex. Here’s a breakdown of what is currently available as I write this:

So, if you are a Walt Disney World Annual Passholder looking to visit Disney’s Hollywood Studios in July, you can currently make Disney Park Pass reservations for August 24 to August 27 and August 31. 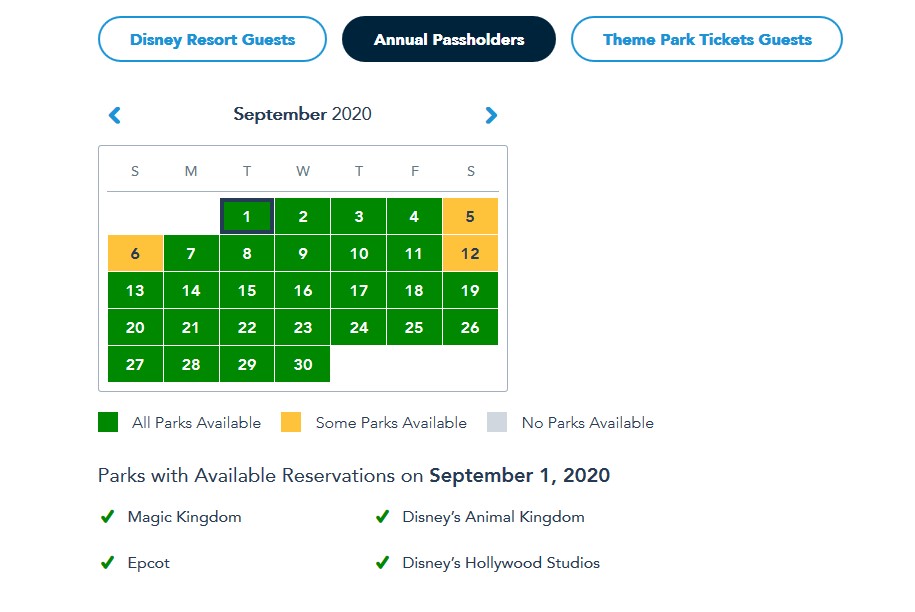 If you are a Walt Disney World Annual Passholder looking to make reservations for September, you are in luck! Disney Park Pass reservations are available for pretty much all Parks for every day in September. The only exception is that Disney’s Hollywood Studios is unavailable on September 5, 6, and 12.

The Disney Park Pass reservations for Annual Passholders are what is currently available as writing this. Availability can change at any moment so if you were looking to visit Walt Disney World this month, August, or September, go in and book those reservations now! CLICK HERE for a guide on how to make your reservations. 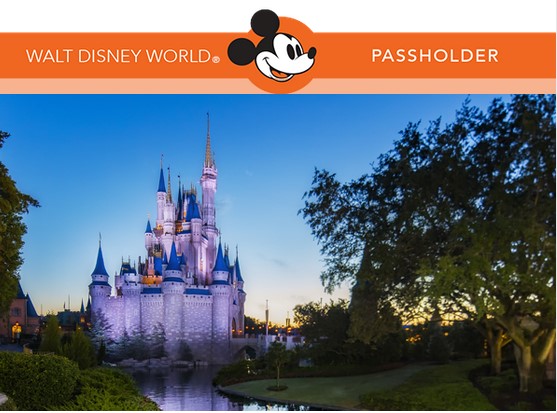 And you a Walt Disney World Annual Passholder? What do you think about the new Disney Park Pass theme park reservation system? Let us know in the comments below.

Let’s start planning your Walt Disney World vacation! Are you a teacher or someone on the front lines battling the virus? Fill out the form below or send an email to Holly@MickeyTravels.com for a FREE, no-obligation quote to book your Disney vacation. Plus, if you are a teacher or someone on the front lines fighting this virus, you will receive a Disney Gift Card when you book your Disney vacation with me by December 31, 2020. As an agent with MickeyTravels (a Platinum Earmarked Agency), I will be on hand to help you with everything from finding your perfect package and I offer rate monitoring to ensure you are receiving the best rate available by Disney. I work with all Disney Destinations and destinations outside of Disney. Best of all, my services are absolutely FREE. Get in touch via email at Holly@MickeyTravels.com or calling 954.401.9577. Also, make sure to CLICK HERE to follow along with my Facebook page for all things Disney and giveaways!