Animal Kingdom Welcomes Jabari The Giraffe Calf To The Herd 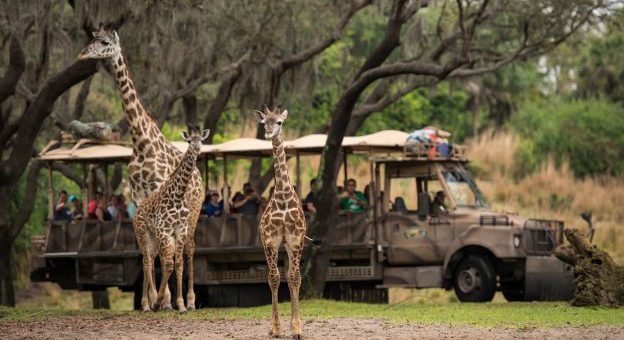 Disney’s Animal Kingdom has officially welcomed (back) it’s newest giraffe to Kilimanjaro Safari. A few lucky guests were able to witness the birth of Jabari on January 14th. His very special name means ‘brave one’ in Swahili. He and Mom Mara were quickly whisked away shortly after the birth for some much needed rest in the giraffe barn. Now, they have finally both returned to the savanna! We are very happy to report that he still has his heart shaped spot. 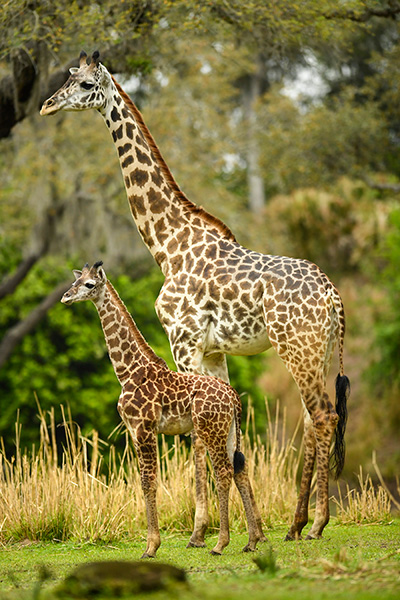 Jabari, now two months old, stands at a towering seven foot! After hitting all of his key developmental milestones very quickly, the animal care team decided he should make his long awaited debut. Guests visiting Animal Kingdom today should get in line quickly for Kilimanjaro Safari!

Take a look at baby Jabari heading back to his place of birth.

Jabari’s name was chosen by the safari drivers. This honor usually goes to the animal care team. However,  because the drivers played such an important role during the birth, it was decided that they should name him. Keeping those guests calm (and in their seats) during the birth was probably a very hard thing to do! A few of those amazing drivers were able to see Jabari this morning.

One of the drivers, Ali Lamberski said, “I felt very much so like a proud mom just because I got to be here for his birth.” After seeing his return to the savanna, she continues “It made me very, very happy. I was very proud.”

Jabari is the product of the Species Survival Plan. His parents, Mara and George, were chosen to breed through the SSP, overseen by the Association of Zoos and Aquariums. This is critical for threatened and endangered species. The AZA sees that breeding is done responsibly, which ensures healthy, future generations. The program also helped produce his sisters, Amira and Aella. They were born at Disney’s Animal Kingdom last year.

“The Masai giraffe, found primarily in Kenya and Tanzania, is one of nine types of giraffe and is a vulnerable species. There are believed to be roughly 32,000 Masai giraffes left in the wild, and their population continues to decline due in part to poaching and habitat loss.”

We can’t wait to see the little guy up close very soon! Are you heading to the savanna soon as well?