Earlier we brought you the exciting news that a brand new baby Masai giraffe calf had been born at Disney’s Animal Kingdom park. We now know what her name is….and she is Disney Park’s newest royal addition!

Introducing….Amira! In Swahili her name means princess. She is an adventurous young calf who just took her first steps on the savanna. Ever since she was born on October 1st she has been bonding and nursing with mom Kenya in a backstage habitat. In just a little over 2 months she has grown to more than five feet tall! 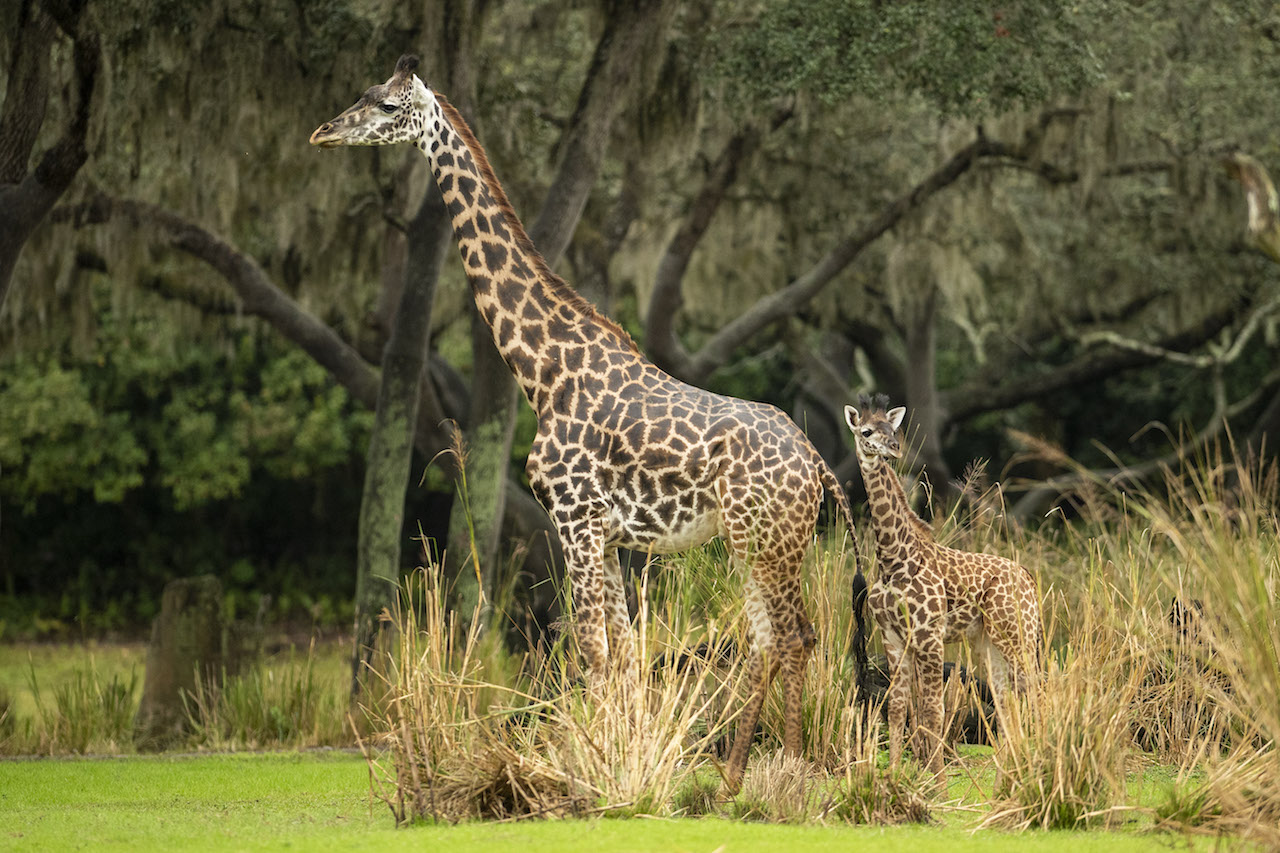 Amira’s parents are Kenya and George. The Species Survival Plan (SSP) chose them for breeding. The Association of Zoos and Aquariums oversees the SSP and ensures responsible breeding of threatened and endangered species. 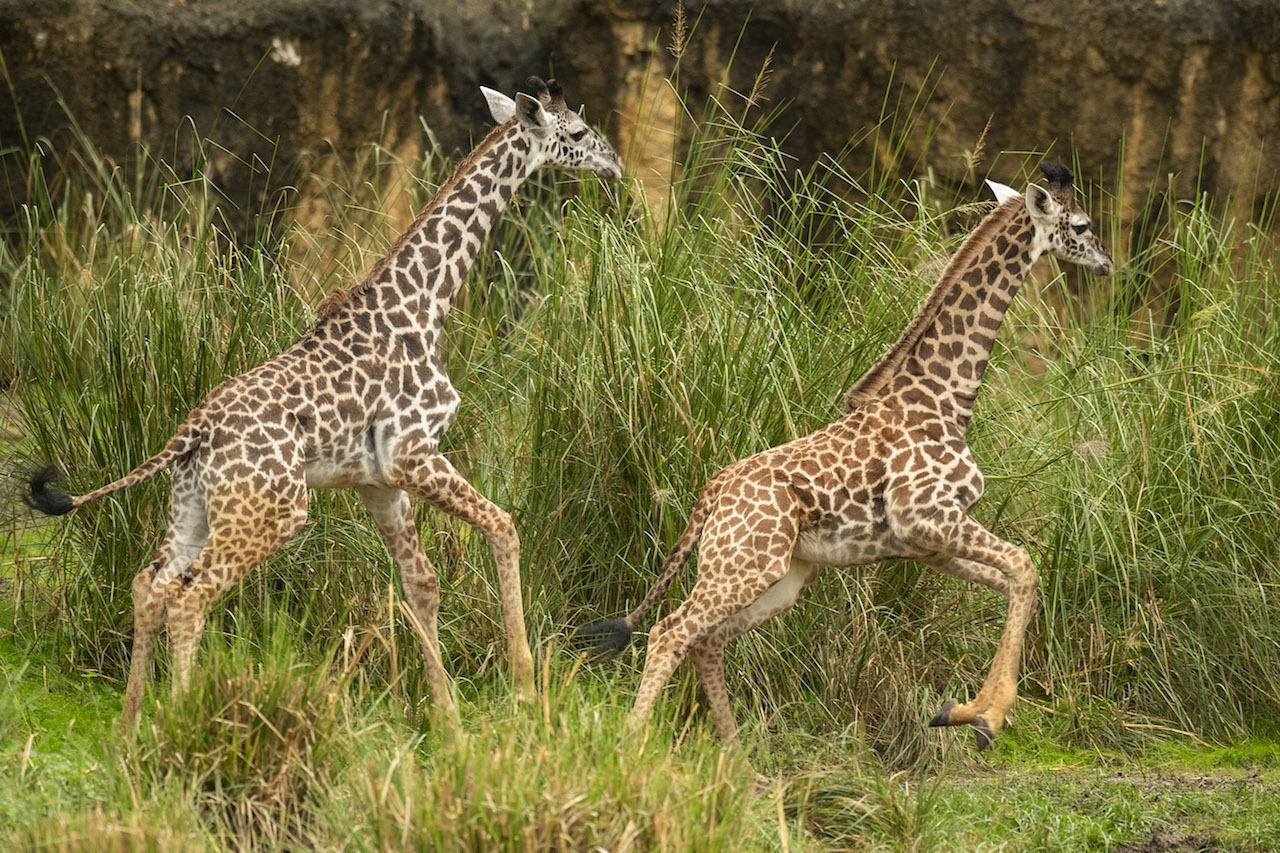 Amira has already found a friend in Aella. Aella was born in late August and is slightly older at 5 months. She also made her debut on the Kilimanjaro Safaris savanna in late August 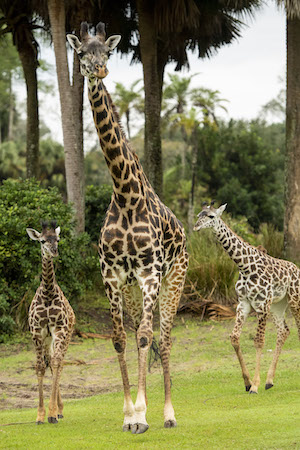 You can find most Masai giraffes living in Kenya and Tanzania. They are currently listed as a “vulnerable” species but they may soon change. They are also on the verge of moving to endangered status on the International Union for Conservation of Nature (IUCN) Red List of Threatened Species. There is grave concern for the future of these beautiful creatures in the wild as they face threats of poaching and habitat loss. It is estimated about 32,000 Masai giraffes are left in the wild. Their population continues to decline at alarming rates.

Disney is actively involved in efforts to save Masai giraffes. They lend their support to conservation efforts through the Disney Conservation Fund. They also send their animal care team to lend their expertise in the field. Earlier this year, several Disney animal care experts went to Uganda to help relocate a herd of giraffes across the Nile River. The giraffes now live in a newer, safer habitat away from oil-drilling fields. Another team went to Kenya to support a giraffe and zebra population census.

Visit DisneyAnimals.com to learn more about giraffes and other animals at the Walt Disney World Resort.

Want more help planning your next Disney vacation? As an Authorized Disney Vacation Planner, my goal is to help you plan the Magic your way. I create customized itineraries, book advanced dining and FastPass+ reservations, monitor for discounts for your vacation, and much much more! Also, did I mention that my services are FREE? Get in touch toll-free at 1-800-454-4501, via email at mickeytravelssarah@gmail.com or you can also follow me on Facebook!