If you’ve been following along with us here at MickeyBlog, you’ll know that the beloved Festival of Fantasy Parade is once bringing its whimsy to the Magic Kingdom. We thought we’d mark the occasion by sharing a handful of our favorite Festival of Fantasy Fun Facts with you! 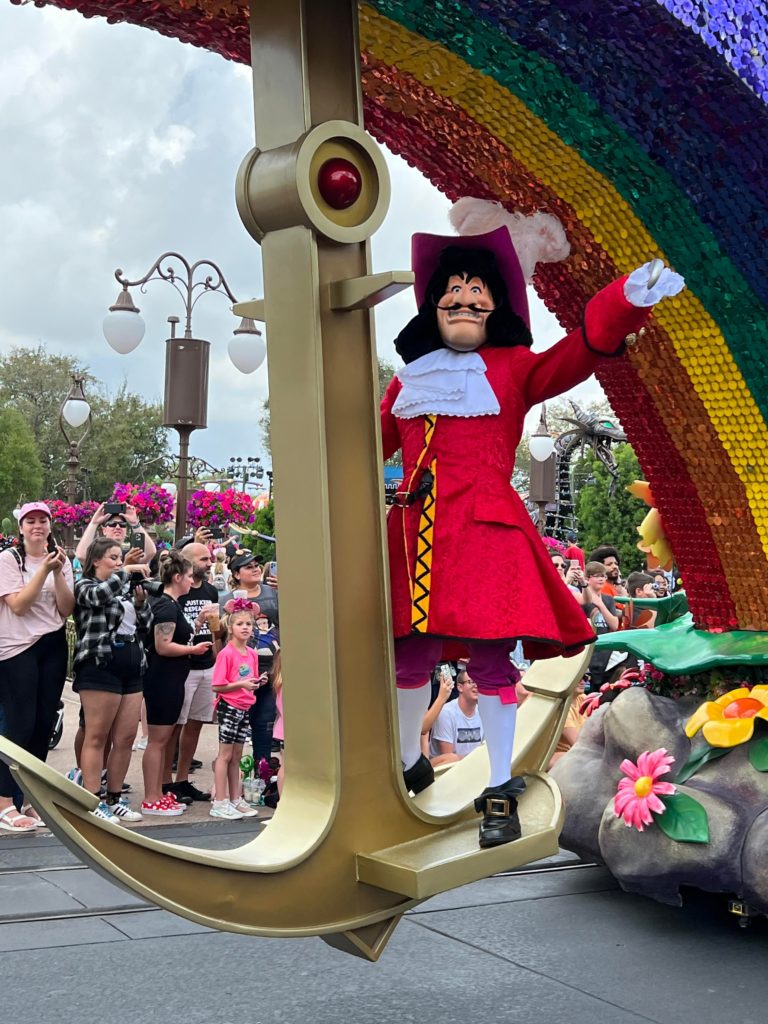 The Festival of Fantasy Parade features a dazzling cast of characters and eight floats representing more than a dozen Disney stories.  The Festival of Fantasy was the icing on the cake of Disney World’s reimagining of New Fantasyland back in 2014 and features many of the characters you’ll find in Fantasyland.  This includes Peter Pan, Cinderella, The Little Mermaid and Tangled just to name a few.

In addition to the eight floats, there are also 40 Disney characters represented in animated and sculpted form.  See if you can find them all during your next visit! 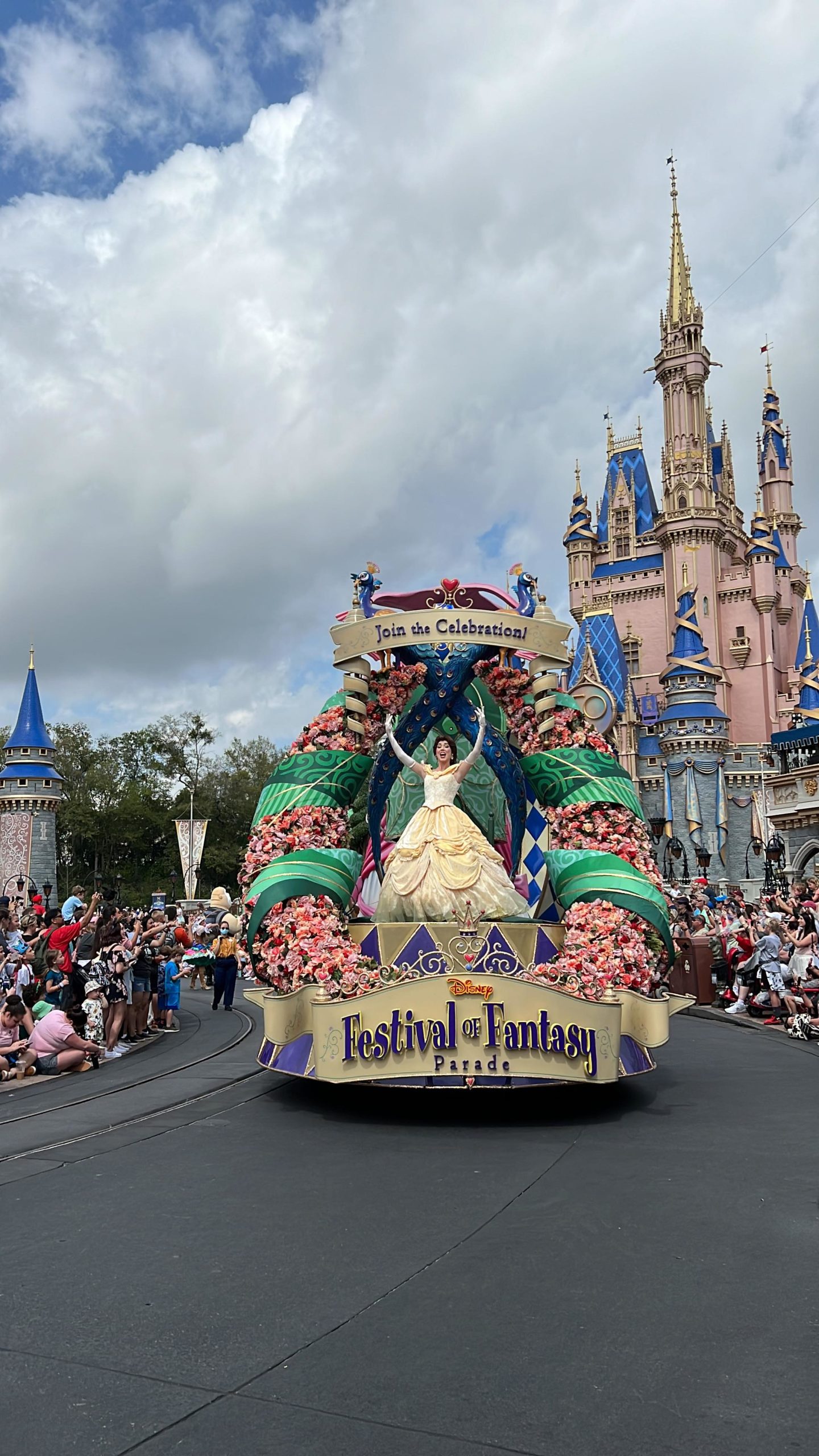 If some of the floats from Disney’s Festival of Fantasy Parade may seem familiar to you, you wouldn’t be wrong. The princess garden float (the one in the parade the features Belle, Cinderella, Tiana, Anna and Elsa) is actually a redressed float from Tokyo Disneyland’s Jubilation! parade.  The final float (featuring Mickey’s Airship) also comes from Jubilation but was updated to match the aesthetic of the Fantasyland Storybook Circus theming! 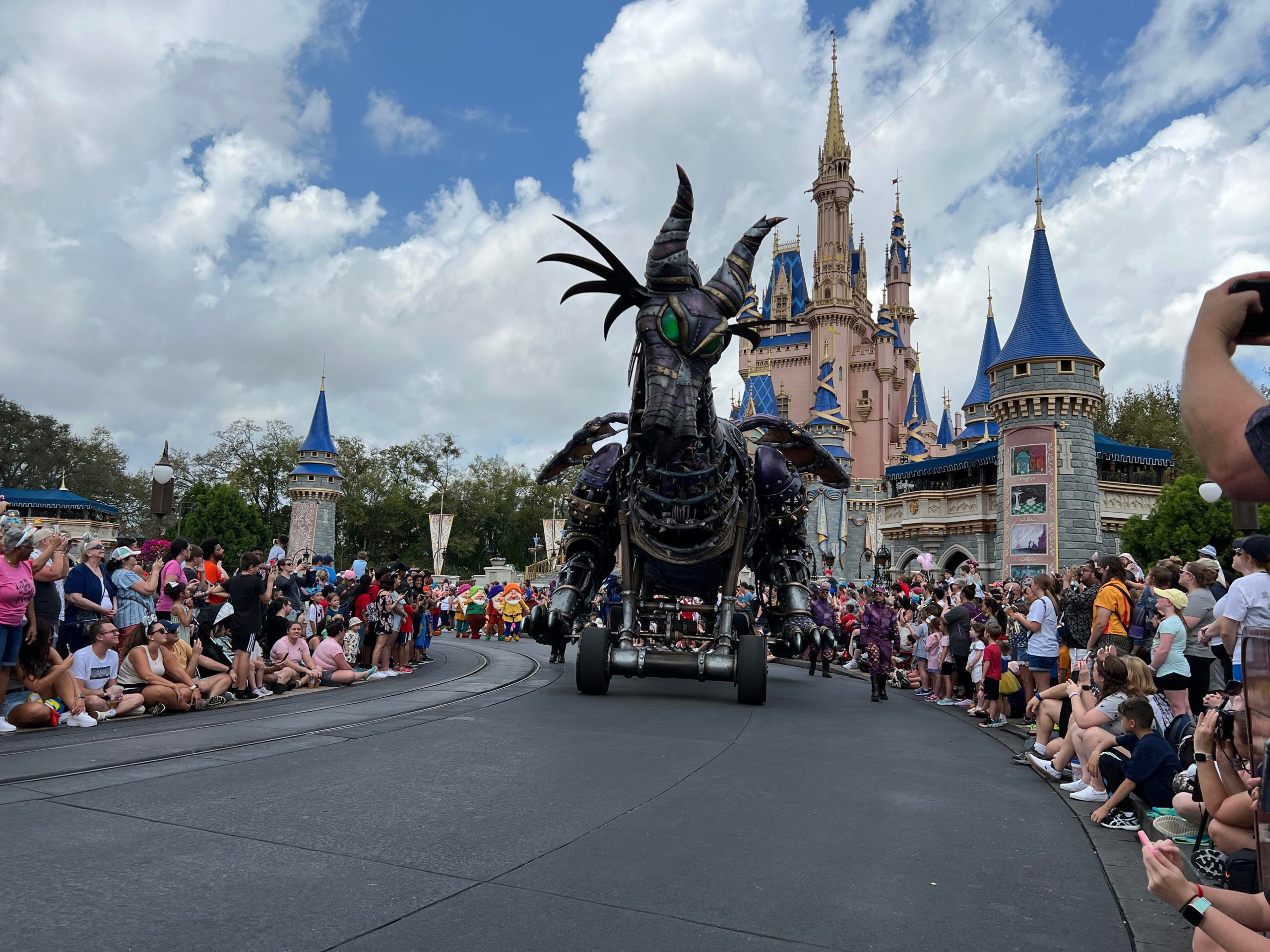 If the stunning steampunk-inspired, fire-breathing dragon reminds you of something you’d see on a large-scale Broadway production there’s a good reason.  Tony Award-winning production designer Michael Curry created this beauty. Here’s what he said about the dragon, “We don’t think of her as a parade float, we think of her as a creature.”

Curry’s previous credits include The Lion King on Broadway and Finding Nemo-The Musical at Disney’s Animal Kingdom. The 52 foot dragon is a first for Disney in that it uses a chassis base allowing Maleficent in dragon form to strut down Main Street.

An Impressive Score from a Beloved Disney Composer

In the original Festival of Fantasy video above, taken back in 2014, you can hear the wonderful (not to mention catchy) theme song.  This tune was actually created by Mark Hammond.  He has a long history of creating tunes for the theme parks having also worked on music for World of Color at Disney California Adventure, Flights of Fancy at Hong Kong Disneyland and more recently EPCOT’s Harmonious. 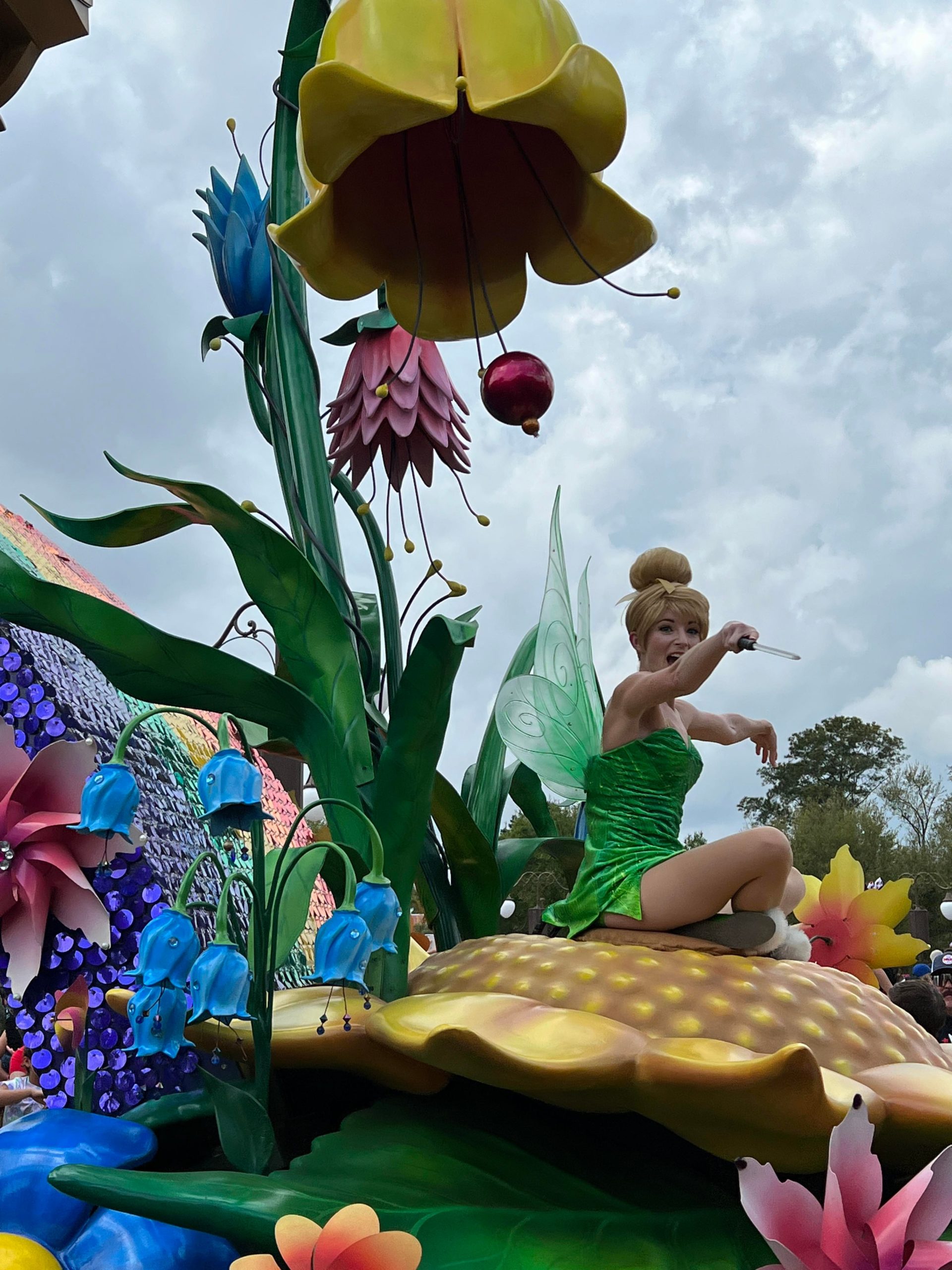 Dozens of Fabrics and Yards of Cloth

One of the standouts of the Festival of Fantasy parade are the incredible costumes.  The ruffians from Tangled which appear in the parade sport costumes that actually incorporate 28 separate fabrics.  The Seashell Girl from The Little Mermaid also requires 30 yards of fabric per costume and 12 different colors of mesh.

Mirena Rada was the incredible costume designer behind the outfits with the garments being crafted across 10 different shops, 8 cities and two countries!