After a May full of delays and missteps, Disney Channel’s Amphibia will end Season Two on May 22… 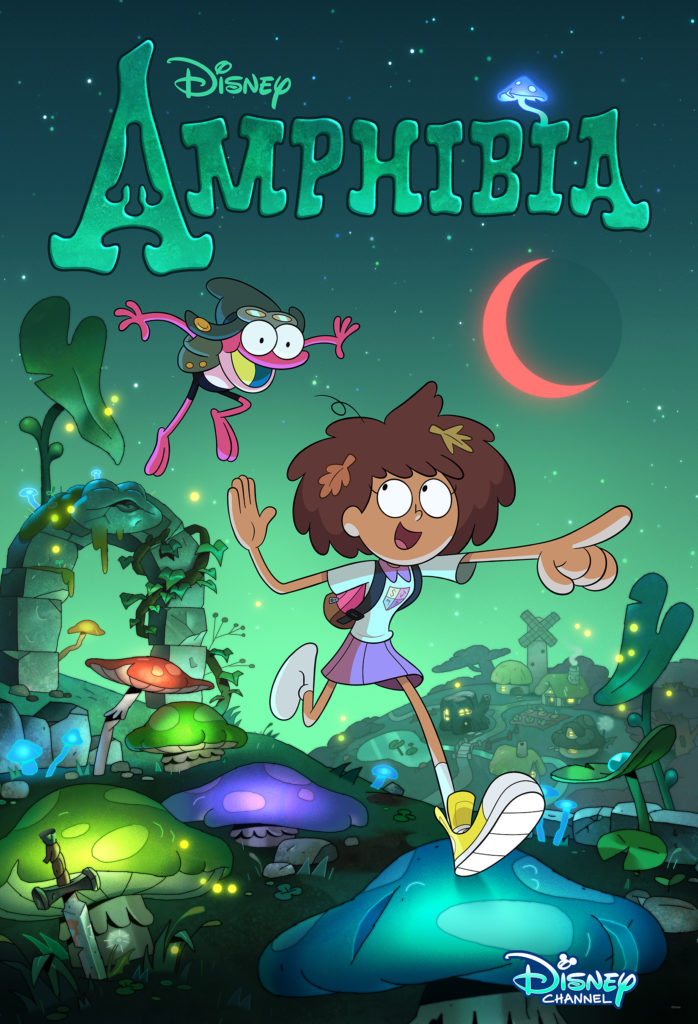 The story has been in the periphery for weeks now; the popular Disney Channel show Amphibia had its Season Two finale spoiled when it was accidentally published on iTunes following worries about a very intense final episode.

What followed was a crazy confluence of critique and candid remarks about the mistake and an outpouring of love for the show and its creators. 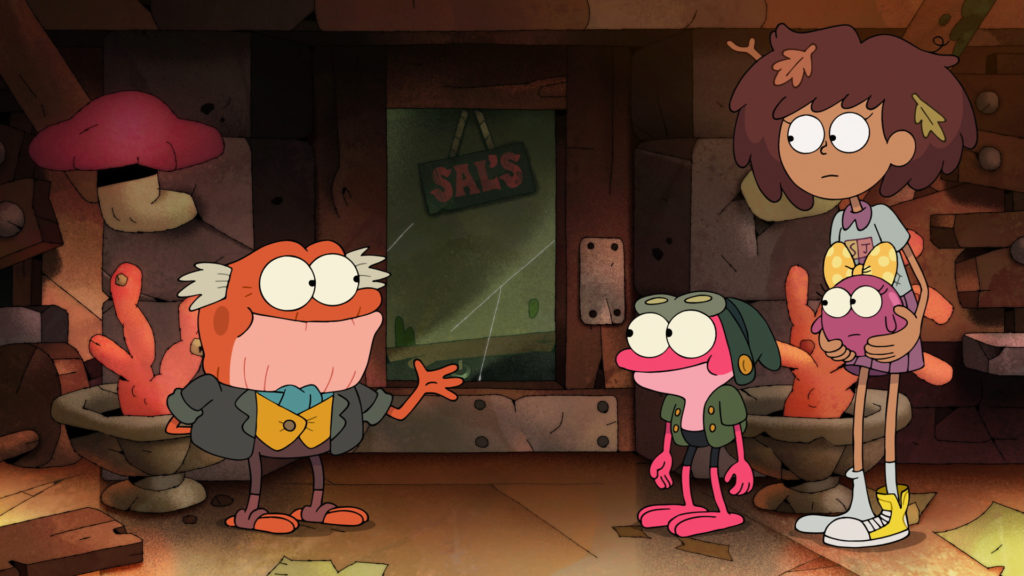 “Little Frogtown” – Hop Pop investigates the disappearance of an old friend and the shadowy crime syndicate he suspects are behind it. Image: Disney Channel.

After weeks of waiting, I'm pleased to say we finally have an air date! Please support the amazing team that worked on this banger of an episode by watching #truecolors when it officially airs this Saturday(5/22) at 8pm! And stick around after the credits roll for a surprise🤫🐸 https://t.co/k3tRdJfBPt

Lastly thank you from the bottom of our hearts, from both me and the crew for all your support. I wish things had gone a lot differently but I'm super happy that the ep is coming out in its original form.

In the thread above, Braly posted, “I’m well aware our momentum has been shattered – we will do our best to build excitement this week. I know with the help of all you amazing #amphibia fans we can still give this ep the welcome it deserves. 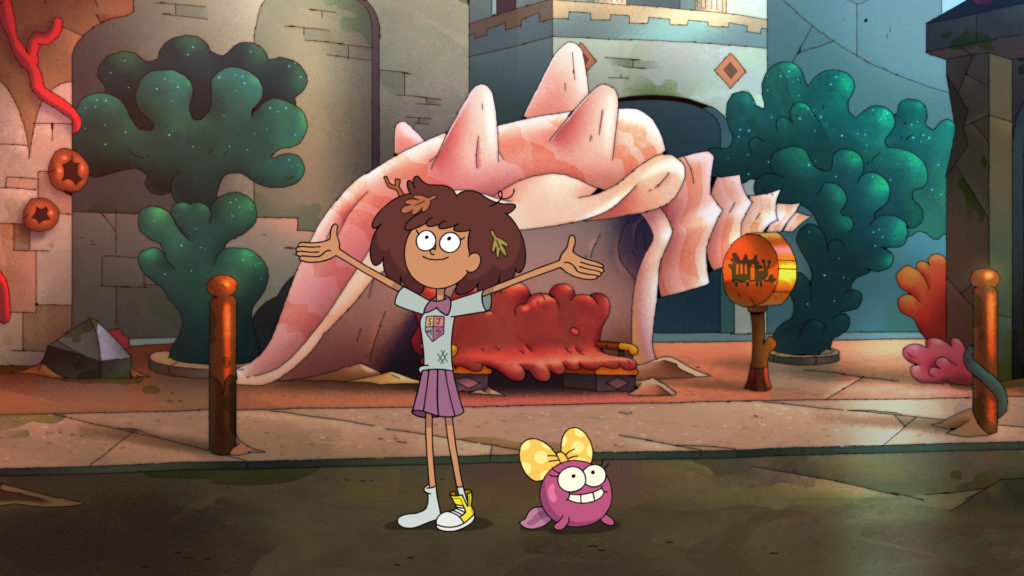 “Lost in Newtopia” – Anne and Polly vow to experience the city like locals but end up on a wild ride through the streets of Newtopia. Image: Disney Channel.

Lastly thank you from the bottom of our hearts, from both me and the crew for all your support. I wish things had gone a lot differently but I’m super happy that the ep is coming out in its original form.


“The episode is 100% intact, no edits were ultimately made,” he added. 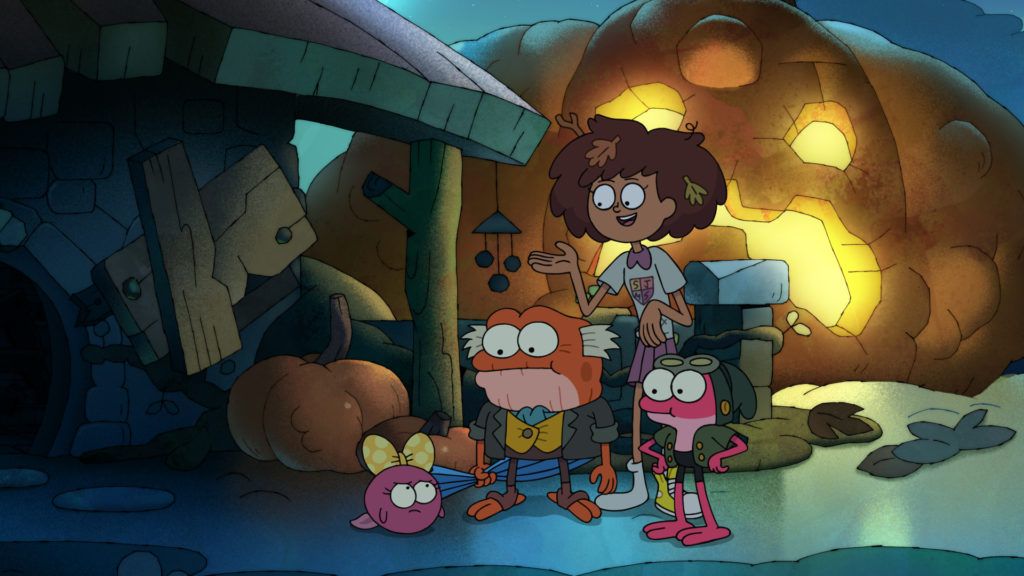 “The Shut-In!” – In this special extended episode, Anne and the Plantars protect themselves from the dangers of the annual Blue Moon by locking themselves in the house and entertaining each other with the scariest stories they can think of.
*George Takei (“Star Trek: The Original Series”) guest stars as Mr. Littlepot. Image: Disney Channel.

The show synopsis for Saturday reads, “The family travels to Newtopia to say their goodbyes and finally send all three girls home. However, someone has other plans…”

However, the episode also runs under the cautionary message:

#amphibia better not threaten me with a good time pic.twitter.com/XhmNWU2lzI

Moreover, given the strong fanbase, Amphibia (which, like The Owl House, has already achieved a kind of cult status) seems destined to take the garnered momentum from Saturday into the third season. May 22 includes a three-hour marathon of episodes leading into the finale.

Inspired by creator and executive producer Matt Braly’s heritage, family, and childhood trips to Bangkok, Thailand, Disney’s animated series chronicles the adventures of independent and fearless teen Anne Boonchuy after she is magically transported to a rural marshland full of frog people. There, Anne meets the excitable young frog Sprig Plantar; unpredictable pollywog Polly Plantar, the youngest member of the Plantar family; and overprotective and traditional grandfather Hop Pop. Stuck in this fantastical world of amphibians, Anne quickly bonds with the adventurous Sprig and discovers the true meaning of friendship. 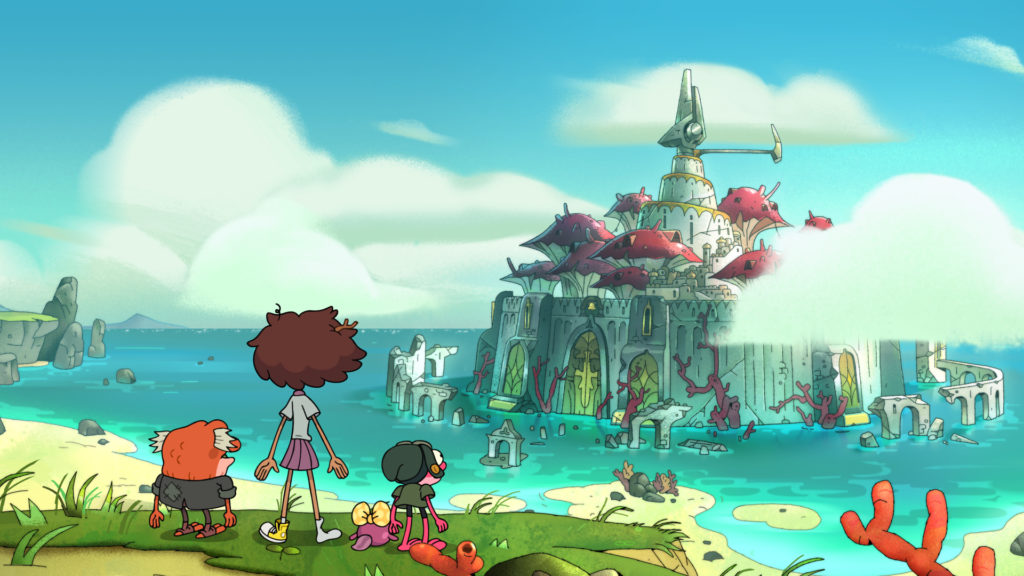 AMPHIBIA – “Marcy at the Gates” – The family must defeat an entire ant army before they enter Newtopia. Image: Disney Channel.