The Owl House Comes To Disney Channel in 2020

Check out a first look at the new series

From the trailer, the show looks like a combo of Star vs. the Forces of Evil and Gravity Falls. And, as far as I am concerned, that bodes well for The Owl House. The new show debuts on Disney Channel in 2020. 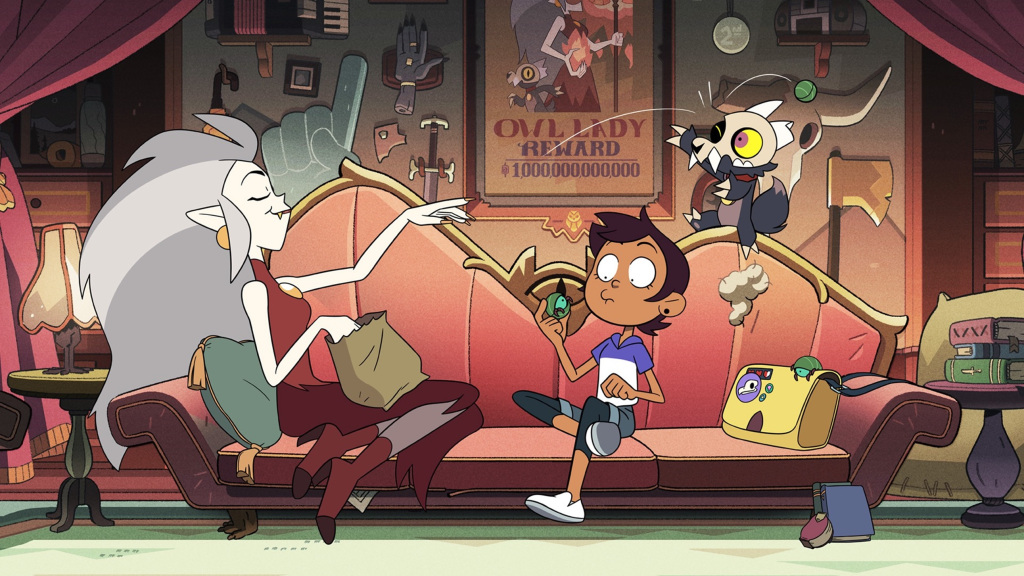 Described as a spooky fantasy-comedy series, “The Owl House” is an upcoming animated show that follows a confident human teen named Luz who somehow happens upon a portal that transports her to a magical new world. There she befriends a rebellious witch named Eda and a tiny, adorable warrior named King.

Luz doesn’t let her lack of magical abilities stop her from becoming Eda’s apprentice to pursue her dream of becoming a witch, and her adventures will lead her to finding a new family along the way.

“The Owl House” was created by Dana Terrace, a “Gravity Falls” and “DuckTales” alum who will also serve as the show’s executive producer. Joining her as the series art director is Ricky Cometa, formerly of Cartoon Network’s “Steven Universe.”

First Look at The Owl House

Director Terrace was named one of Variety’s “10 Animators to Watch”; a fact that wasn’t lost on Eric Coleman, senior vice president, Original Programming and general manager, Disney Television Animation, who spoke about The Owl House and the upcoming Amphibia in early 2018.

“Amphibia and The Owl House are both set in wildly imaginative worlds and share hallmarks of great Disney storytelling, including fantastical elements and memorable characters,” he said. “[Amphibia director] Matt [Braly] and Dana each bring a unique sensibility to their shows unlike anything else on TV right now.”

The… owl's outta the bag! I am the creator and executive producer of @DisneyChannel's new horror-comedy series THE OWL HOUSE! #OwlHouse ?? HOOT HOOT!!!https://t.co/xphGanA2ww pic.twitter.com/QpgkjK4eCl

Are you ready for The Owl House? I like the look of the trailer. How about you? Let us know in the comments.