I’ve been watching folks play Fortnite for some time but today’s arrival of the Star Wars Millennium Falcon into the game was pretty memorable (and no dancing was necessary). 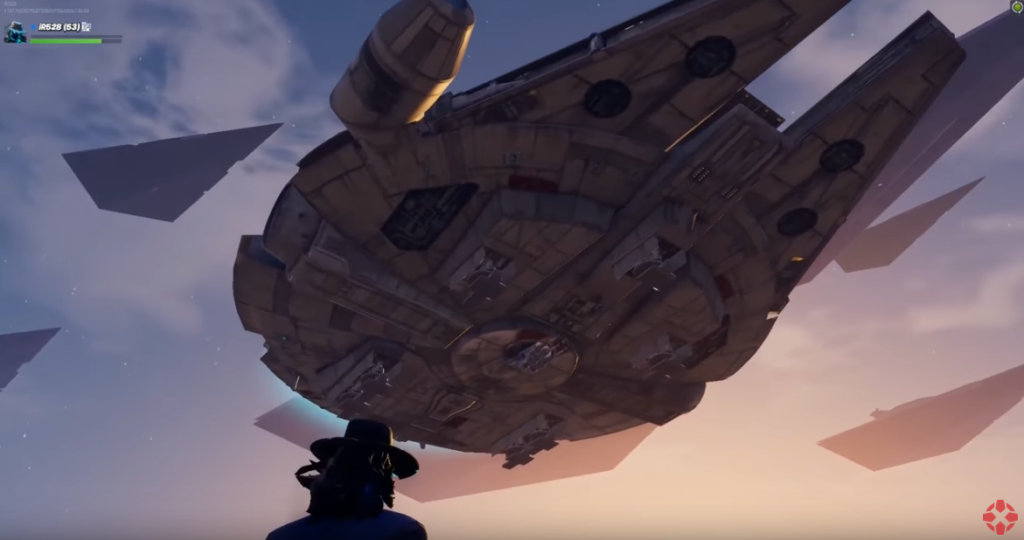 First, the “Fastest Hunk of Junk in the Galaxy” flew in, smoked several TIE fighters, and landed dramatically. After an introduction, Star Wars: Episodes VII and IX Director J.J. Abrams exited the Falcon and, via “skin” (Fortnite avatar), introduced a brand new full scene from Star Wars: The Rise of Skywalker.

Star Wars Scene: Did She Do That To Us?

The clip itself shows Rey, Finn, Poe, along with BB-8 and C-3PO boarding an Imperial vessel of some sort in space… [Then] the crew makes their way through the vessel before being halted by two different stormtroopers, at which point Rey performs a classic Jedi mind trick on the pair.

Back in Fortnite, the Millennium Falcon was promptly ushered off of the map by another strike from TIE fighters. Immediately after, Sith lord Palpatine’s voice could be heard echoing throughout the map.

“At last the work of generations is complete,” Palpatine can be heard saying. “The great error is corrected. The day of victory is at hand; the day of revenge – the day of the Sith!”

Rey also found her lightsaber in a chest.

The Epic Games launcher also appeared to suffer from some level of crashing prior to the event, with multiple streamers and Twitter users saying they were either booted from Fortnite shortly before the event start time or could not access the Epic Games PC launcher. [Finally,] the event itself ended up being delayed by approximately 10-15 minutes, according to an in-game announcement from The Game Awards’ Geoff Keighley, who co-hosted the Fortnite event alongside Abrams.