Our MickeyBloggers Greg and Elyssa are currently at Disney California Adventure we’re they’ve been invited to celebrate Disney’s 100th Anniversary.  There are lovely signs everywhere that Disney is getting ready to launch a magical celebrate.  A great example is the new Oswald display at Elias & Co. 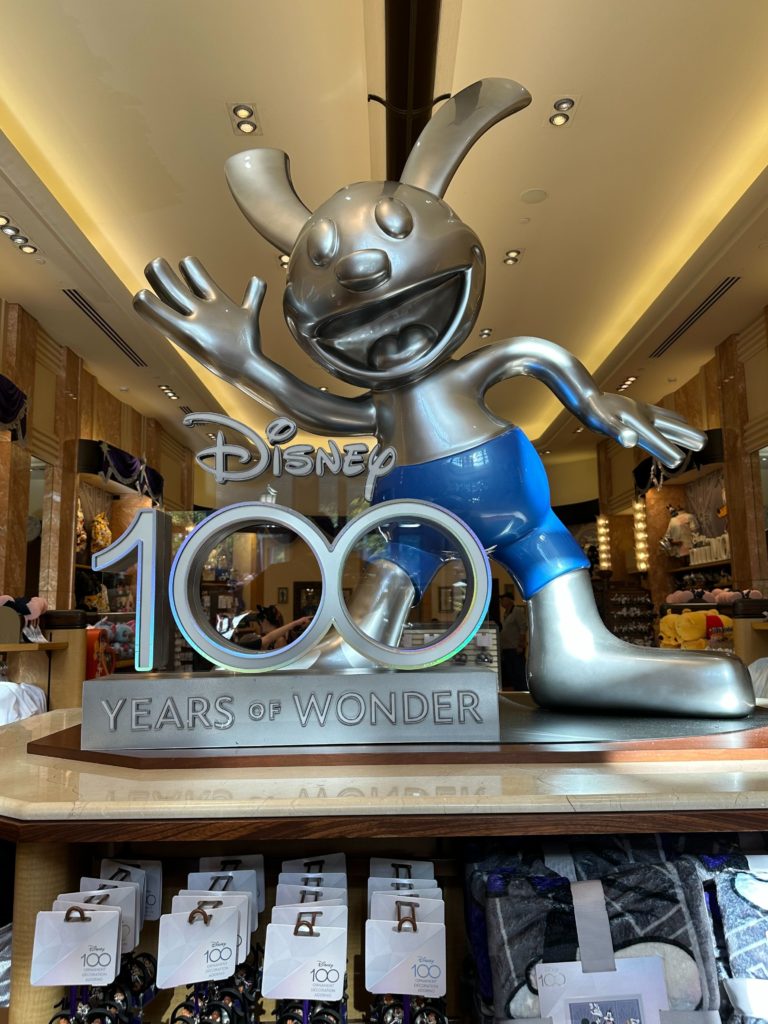 Oswald sits atop the display of 100th Anniversary merchandise. 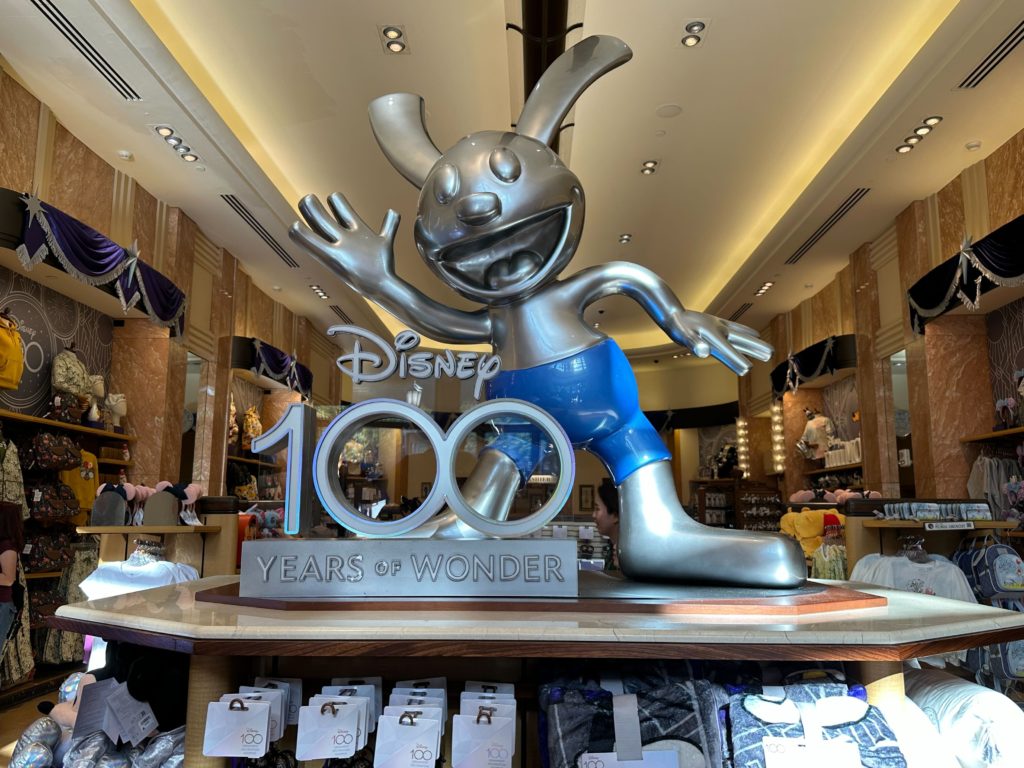 He’s leaning into a Disney 100 Years of Wonder logo. 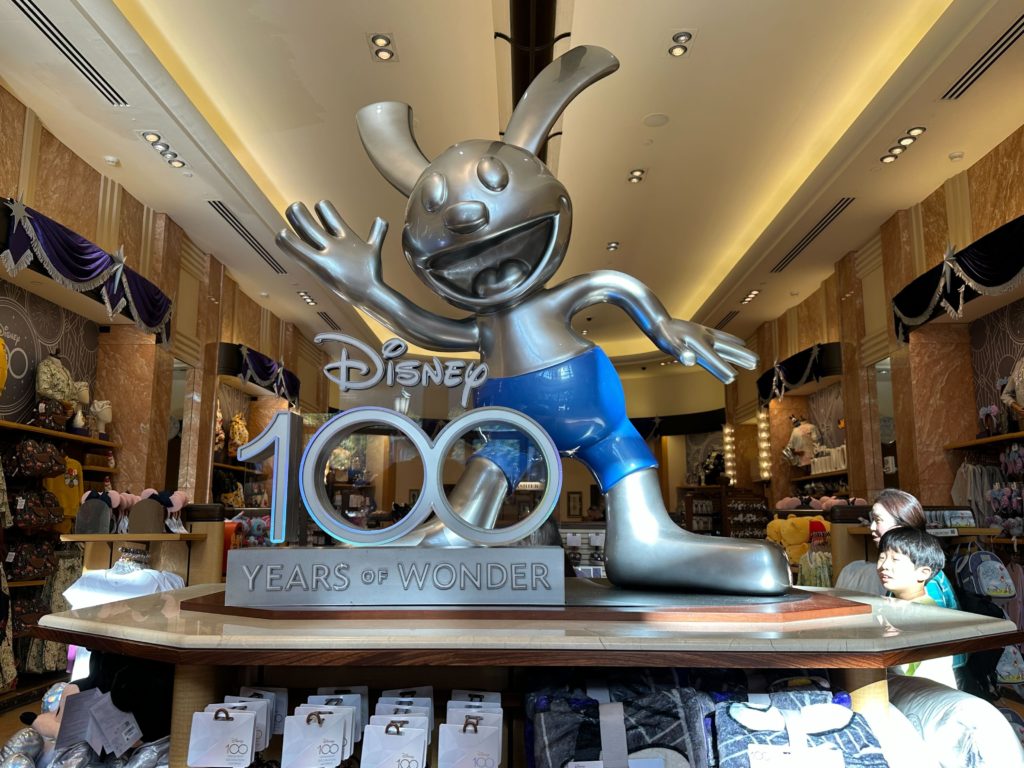 Oswald has a shiny platinum metallic hue to celebrate a century of Disney magic. 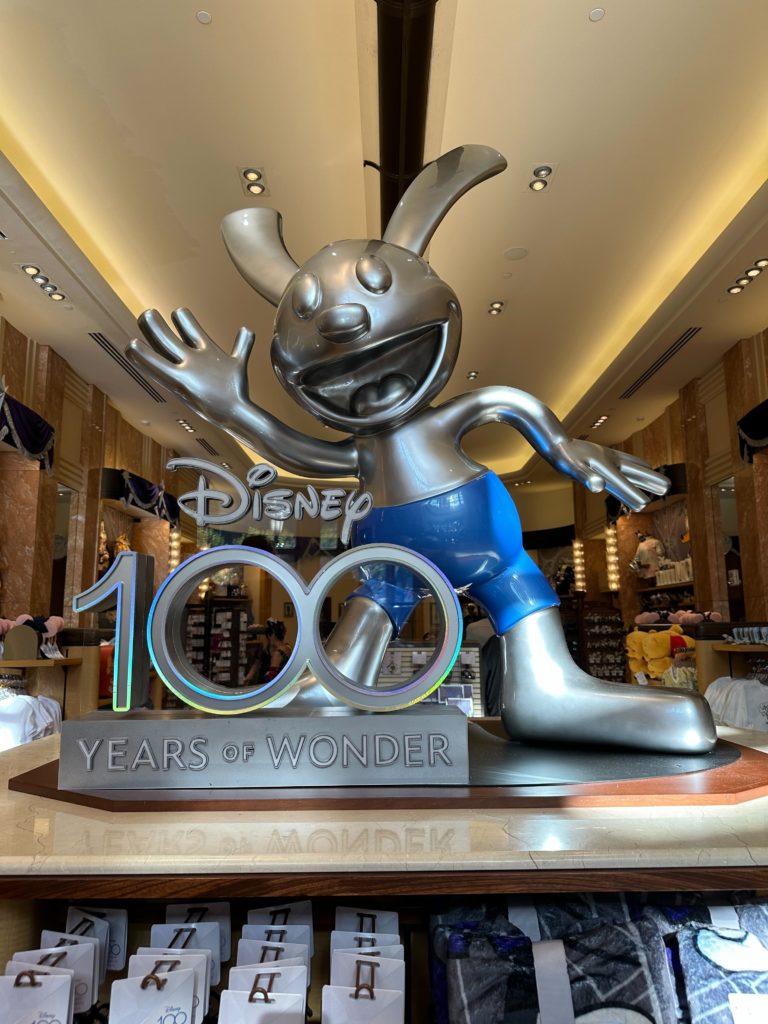 However, Oswald does keep his signature blue trousers! 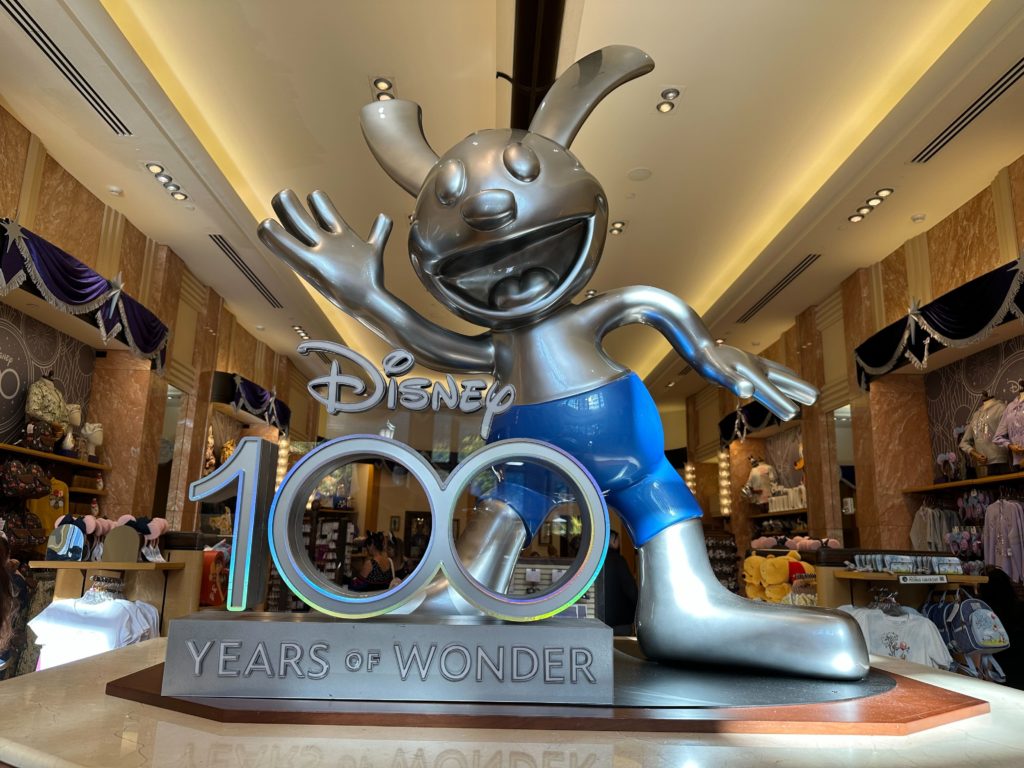 For those unfamiliar, Oswald pre-dates Mickey Mouse.  He was originally created by Walt Disney and Ub Iwerks for Universal Pictures and made his debut in a short film, Trolley Troubles in 1927.  After a dispute with Universal over rights to the character, Disney abandoned Oswald and Mickey Mouse was created as his successor.  The rest, as we say is history! 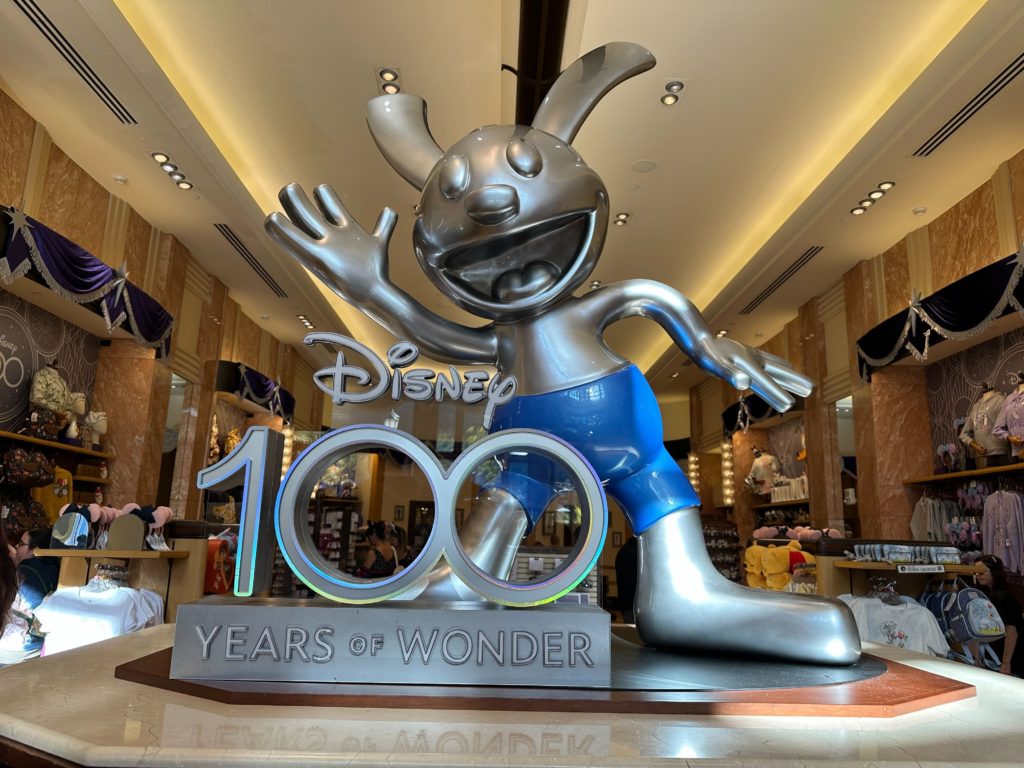 Oswald’s appearance is also timely given that Lunar New Year Celebrations are currently underway and its the Year of the Rabbit. 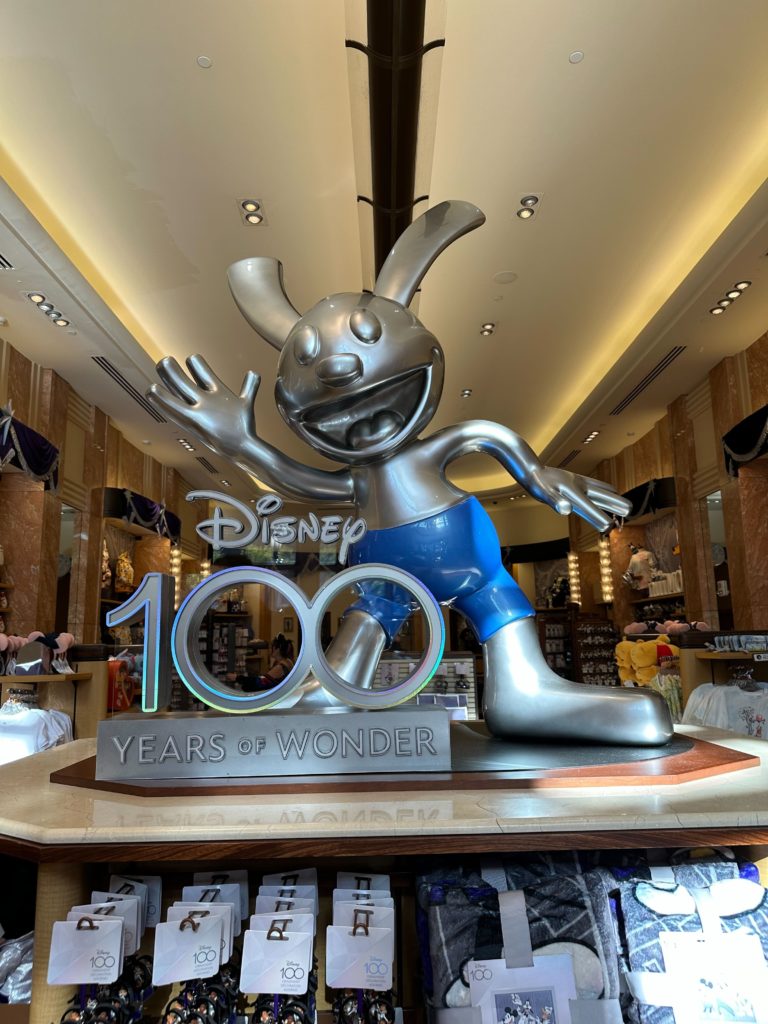 We’ll leave you with one final image of our MickeyBlogger Greg giving his best Oswald pose!  The resemblance is uncanny! 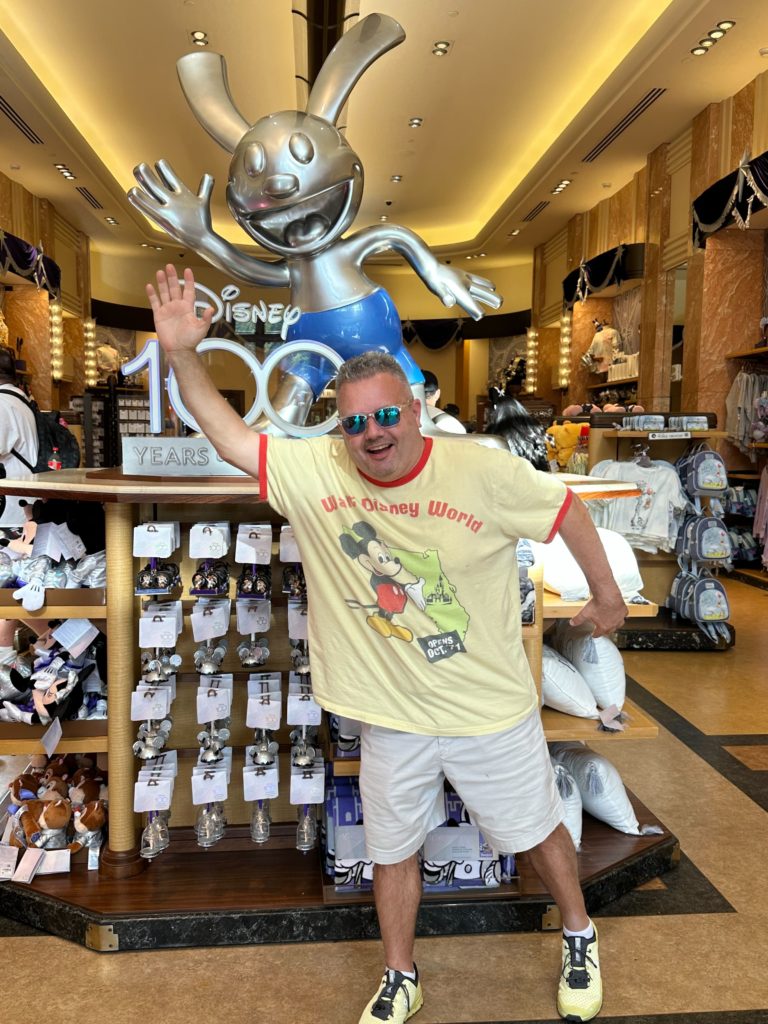 Readers are encouraged to keep following along with MickeyBlog for further Disneyland news and updates. We’ll be coming to you LIVE from the theme parks through the weekend!