Just in time for the holidays, the Van Easton Galleries has announced their largest auction of the year, and it is a amazing treasure trove for Disney fans.

According to the Gallery, the new auction will celebrate 100 years of Disney history, and be the largest one of the year!

As much as I would love to go through all 1,500 unique items in the Exploring the Disney Universe, lets take look at five of the coolest things we found instead!

First up, we have this original drawing from the Skeleton Dance. This production drawing was done by Disney Legend UB Iwerks for the very first Silly Symphony “The Skeleton Dance” 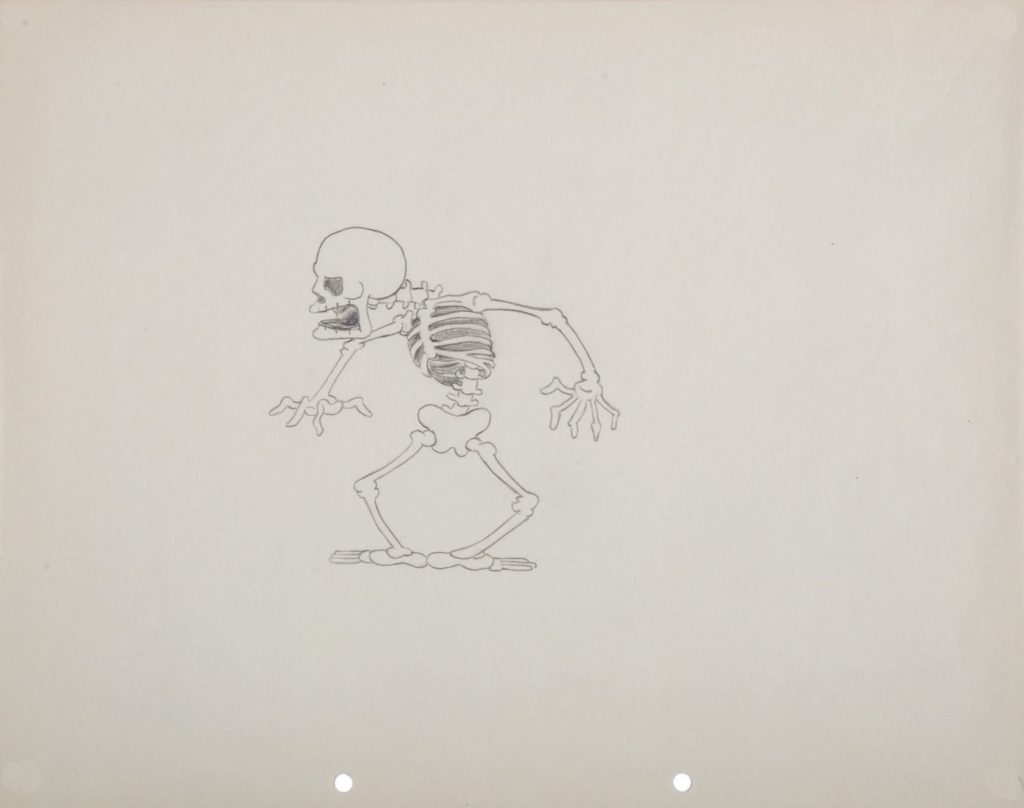 Next up we have this original production cel and matching background from Walt Disney’s 1938 Feature Film, “Snow White and the Seven Dwarfs”. 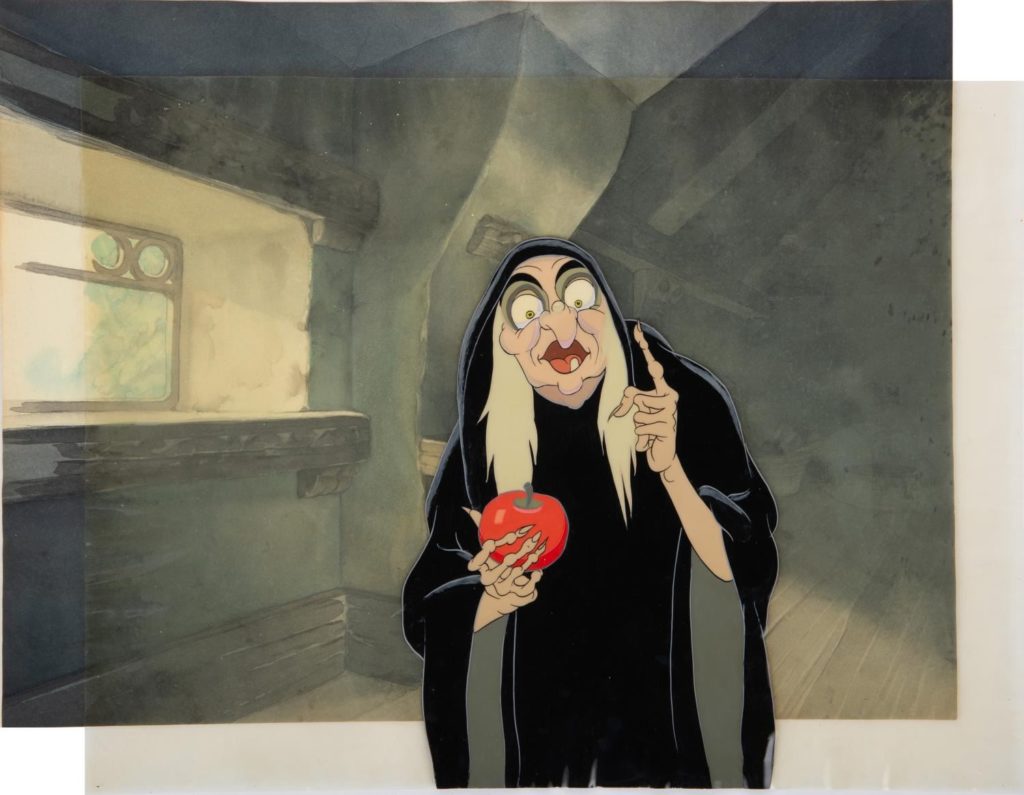 The cel features the Hag as she presents the Poison Apple to Snow White! The cel was originally a gift from Wally Feignoux (Walt’s cinema representative in Paris) to Jean Schoubrenner.

This iconic piece of Disney History has a starting bid of $30,000. 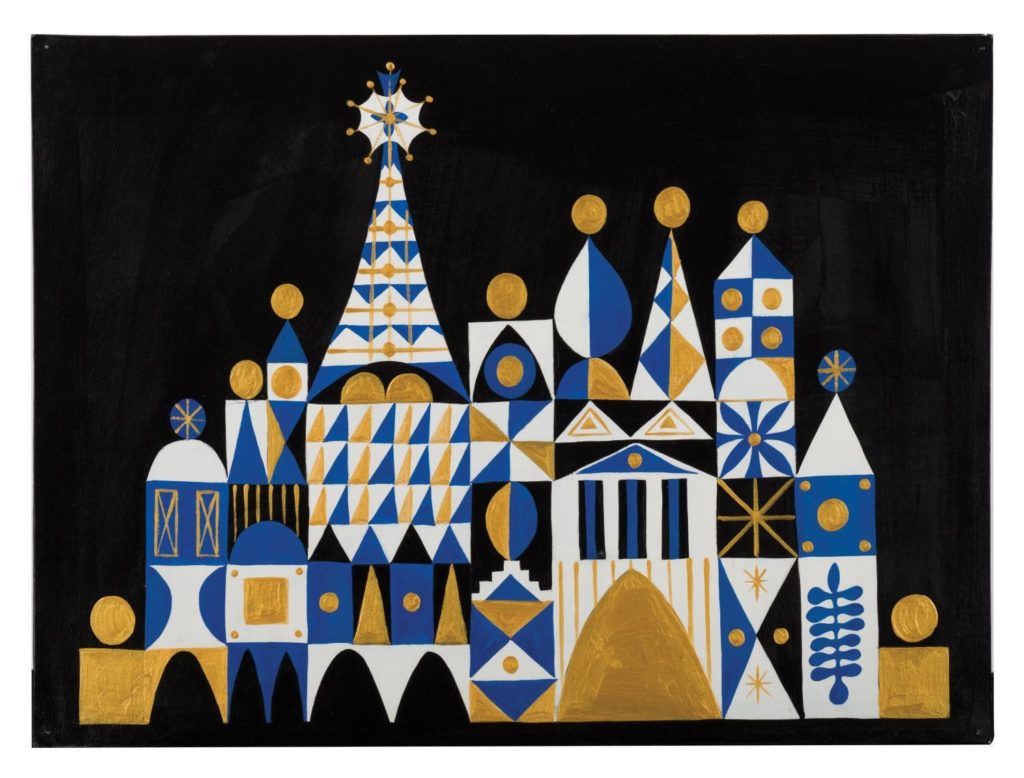 Although it’s a small world was originally created for the 1964 World’s Fair, when the attraction moved to Disneyland, it needed a new facade. Walt Disney tasked Mary Blair with designing the new entrance, and this concept painting was the result.

For those of you who don’t know, this game could be found in Teddi Barra’s Swingin Arcade from 1972 until 2003 at Disneyland. 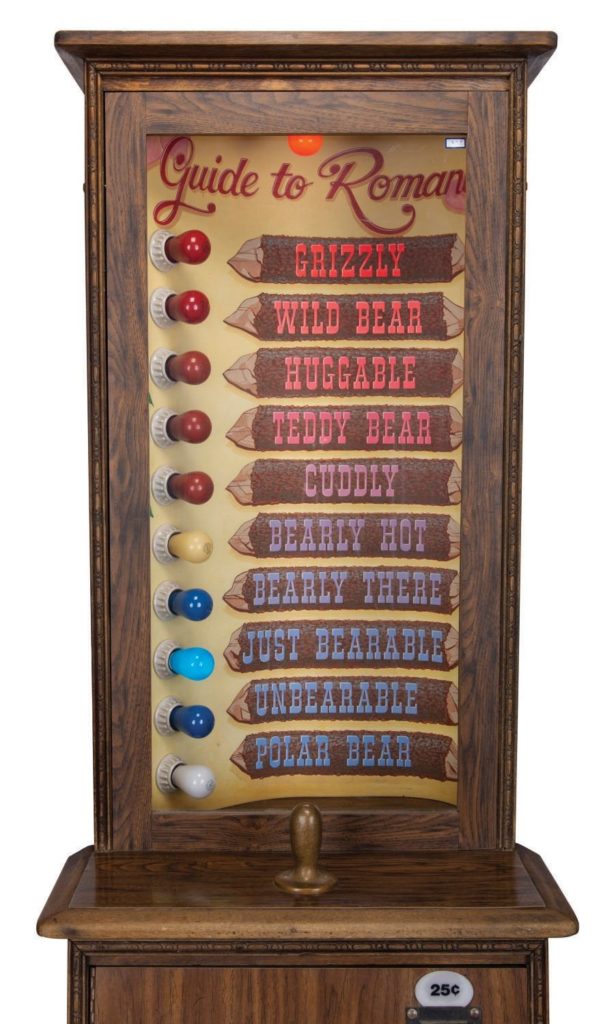 The arcade game is fully operational, and after entering a coin, you can squeeze the handle to find out your level of romance.

The starting bid for this piece is $2,000 and it may require special shipping accommodations.

Last but not least, we have this truly unique Disney artifact- a Park Hopper Walkround Character Costume.

My personal favorite, this costume is a throwback to one of Disney’s truly bizarre walk-around characters. There’s nothing like a giant foam Disney Park Hopper to help you relive those 90s glory days! 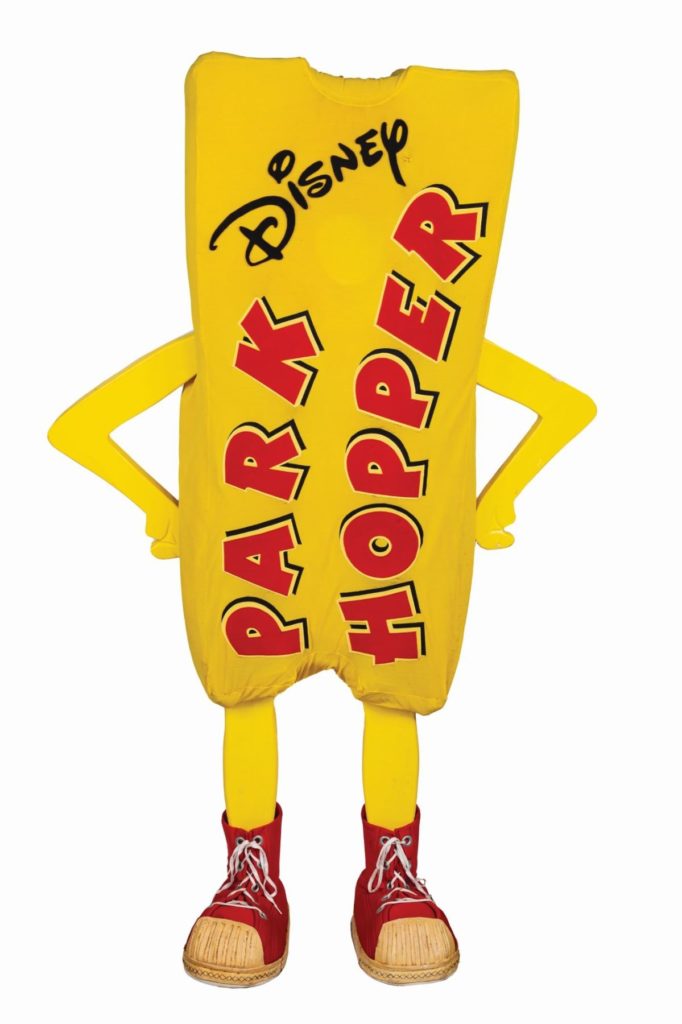 The Exploring the Disney Universe auctions will take place on December 4th and 5th. Although there will be an in-person auction, those of you who can’t make it out to California can bid online! Good luck!