Visitors to Hollywood Studios this month will get a very special treat. Disney is offering a sneak peek of upcoming feature film Lightyear which is the origin story of the beloved Toy Story character. 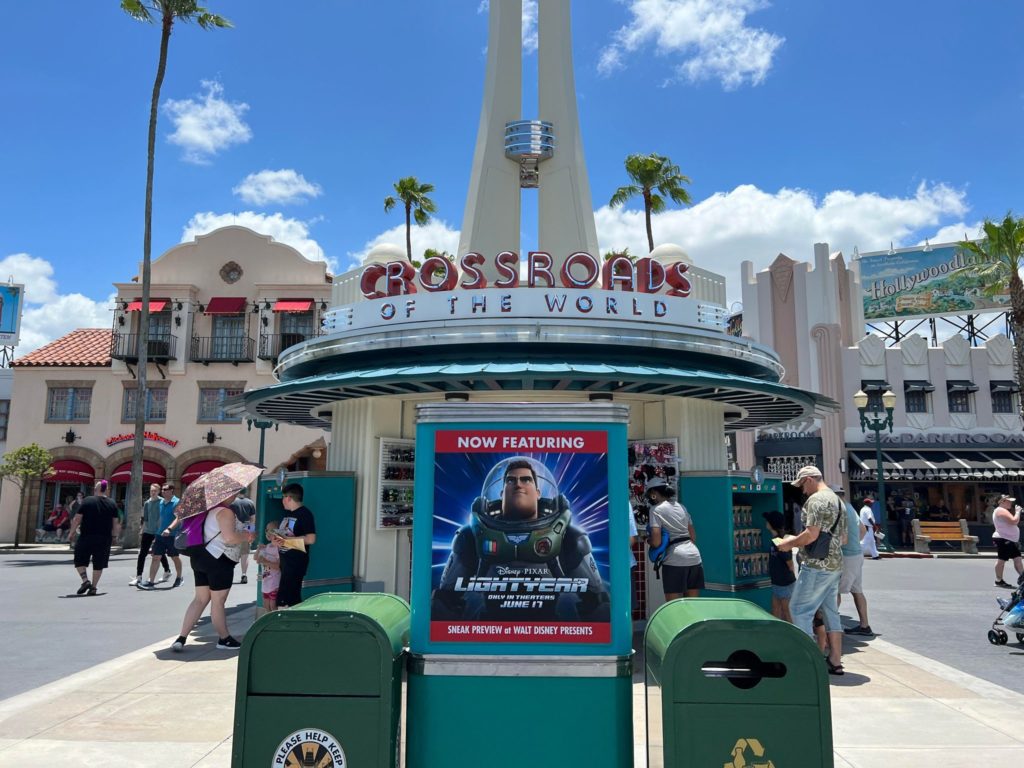 You’ll see promo posters advertising the sneak peek for Lightyear as soon as you enter the park. 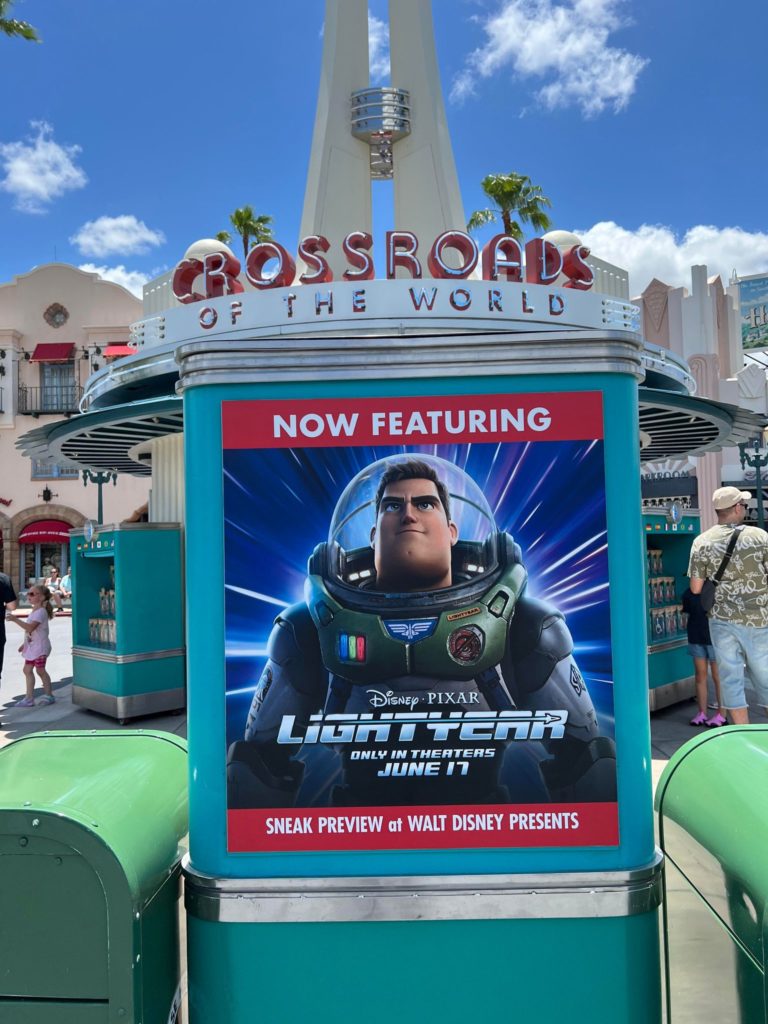 The preview is being run at the same location where Disney offers most of its previews – Walt Disney Presents.  This venue is located on the way to Toy Story Land. 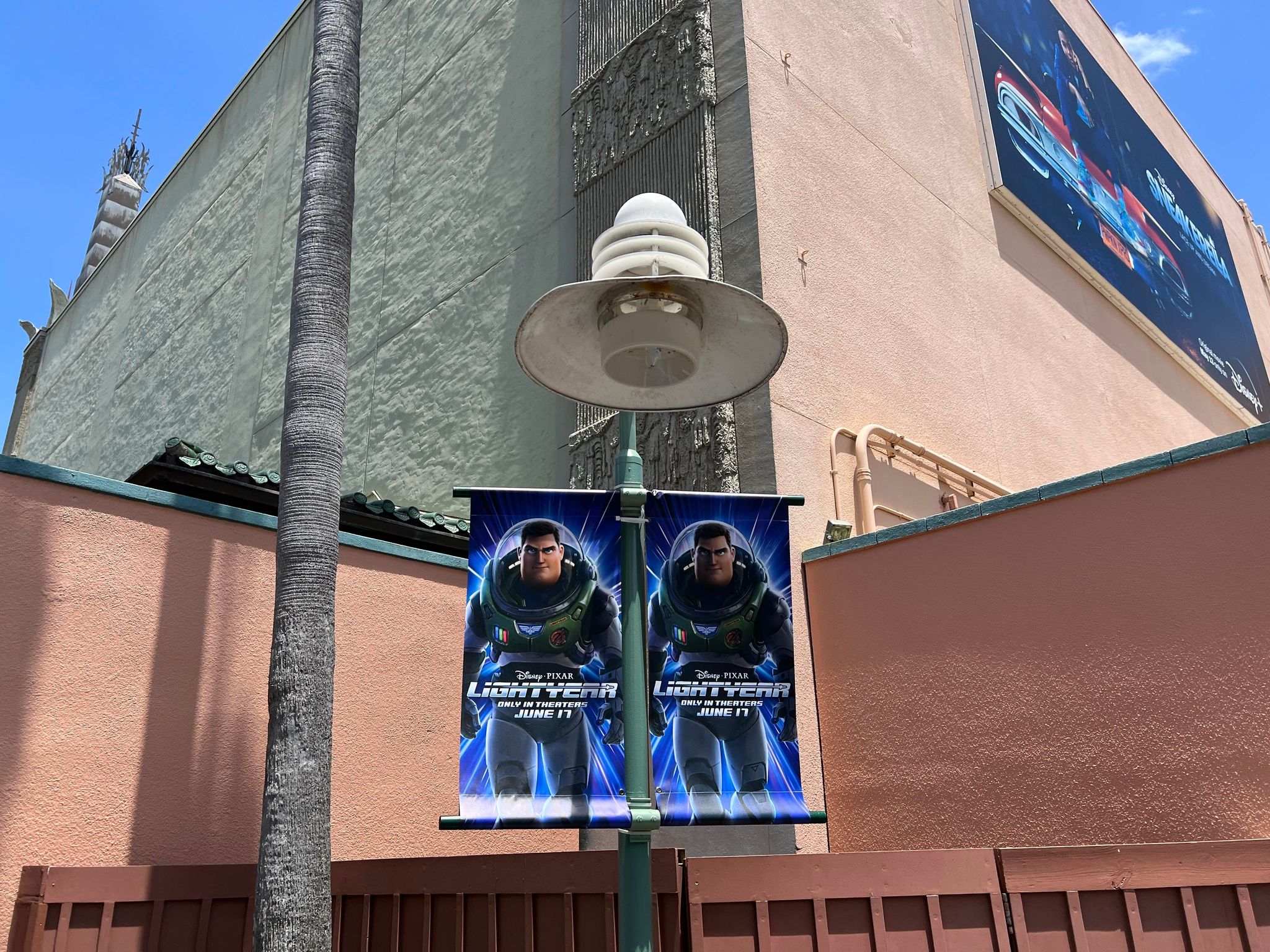 Be on the lookout for the Lightyear banners on the lampposts in front of the venue. 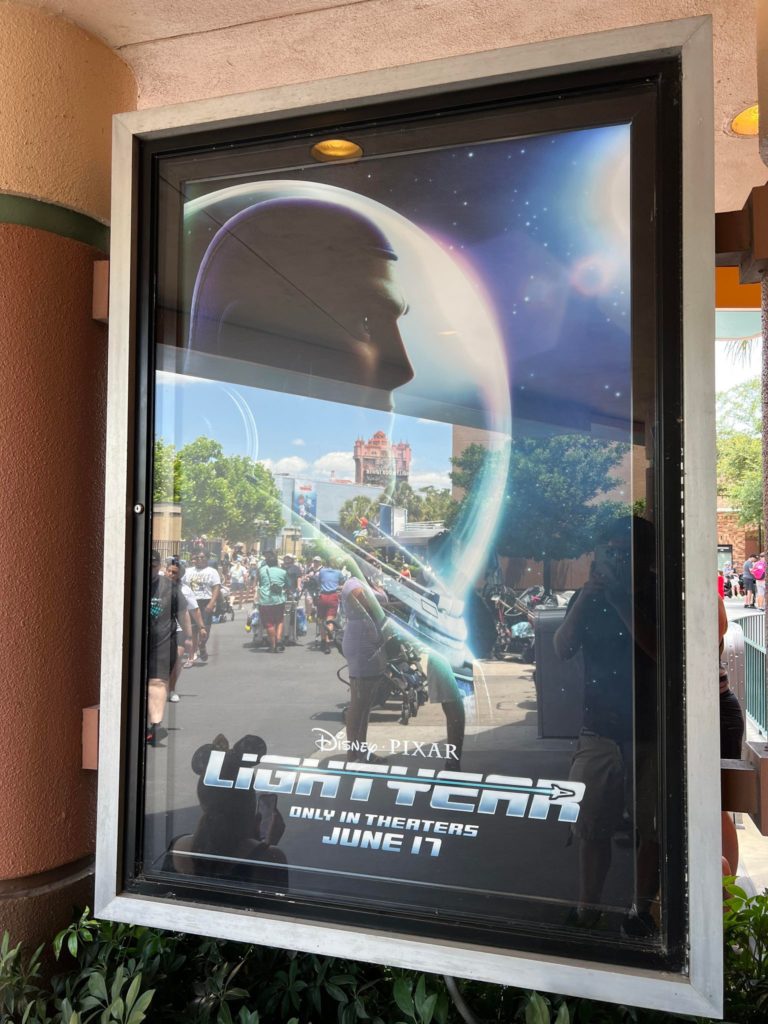 Posters are also up in front of the theaters! 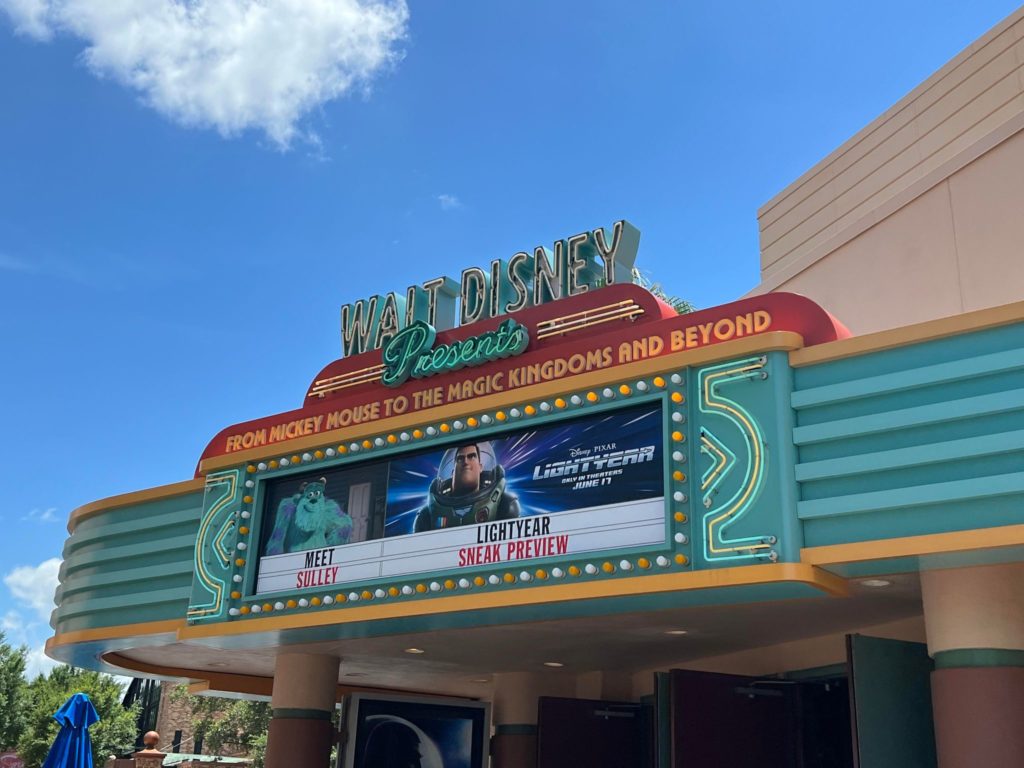 You can also see Lightyear listed on the marquee of the Walt Disney Presents theater. 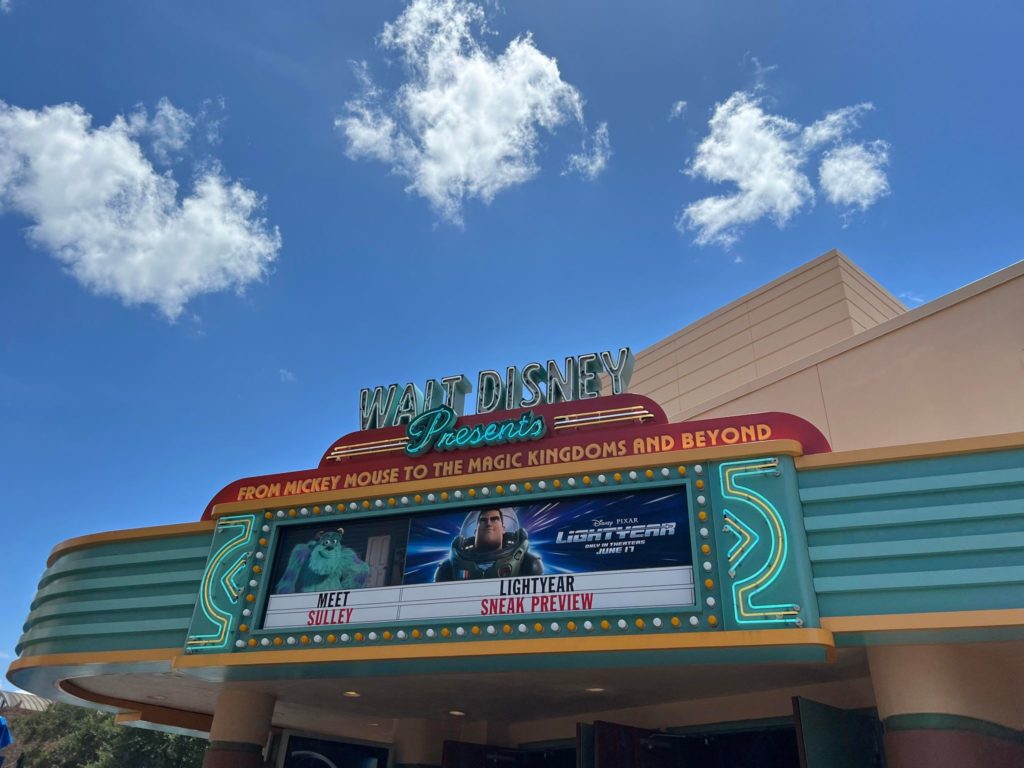 As you can see, this is the same location where you’ll meet Sulley so why not pop by and do both!? 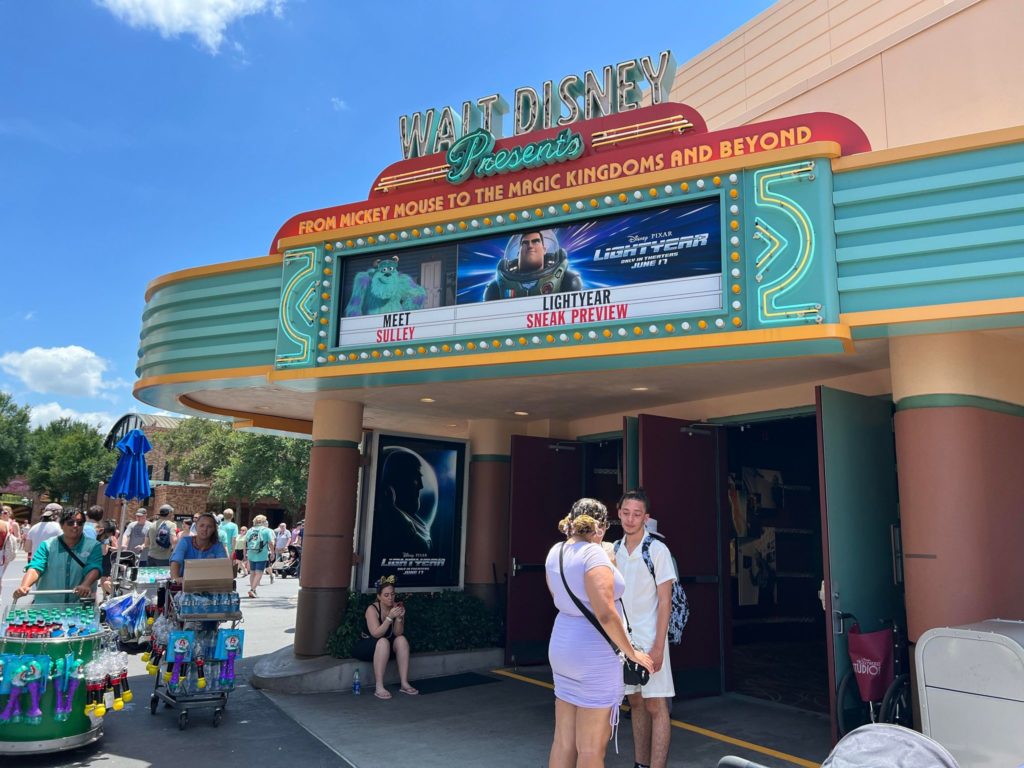 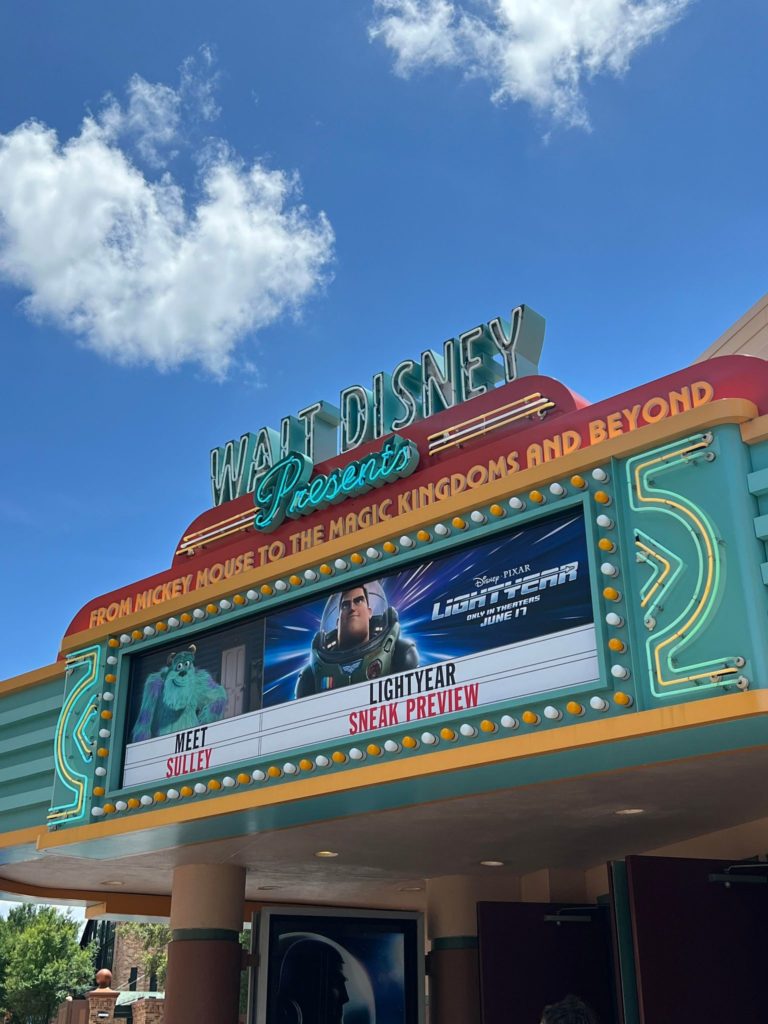 Also don’t miss Lightyear in theaters starting on June 17th! You can check out one of the official trailers below:

For those unfamiliar, Lightyear is being dubbed as a sci-fi action adventure that follows the legendary Space Ranger on an intergalactic adventure alongside a group of ambitious recruits (voiced by Keke Palmer, Dale Soules and Taika Waititi) along with his feline robot companion Sox (voiced by Peter Sohn.) Other cast members include  Uzo Aduba, James Brolin, Mary McDonald-Lewis, Efren Ramirez and Isiah Whitlock Jr. Lightyear is directed by Angus MacLane (co-director “Finding Dory”) and produced by Galyn Susman (“Toy Story That TimeForgot”), “Lightyear” releases June 17, 2022.

Readers are encouraged to keep following along with MickeyBlog for further Walt Disney World news and updates.  We’ll be coming to you LIVE! from the theme parks each and every week.