Are you ready to celebrate “The World’s Most Magical Celebration” when Walt Disney World’s 50th Anniversary celebrations kicks off later this year?! I sure am after I just purchased this all-new, limited edition MagicBand that was just released as a pre-arrival exclusive for Guests staying at an on-property, Walt Disney World Resort Hotel! 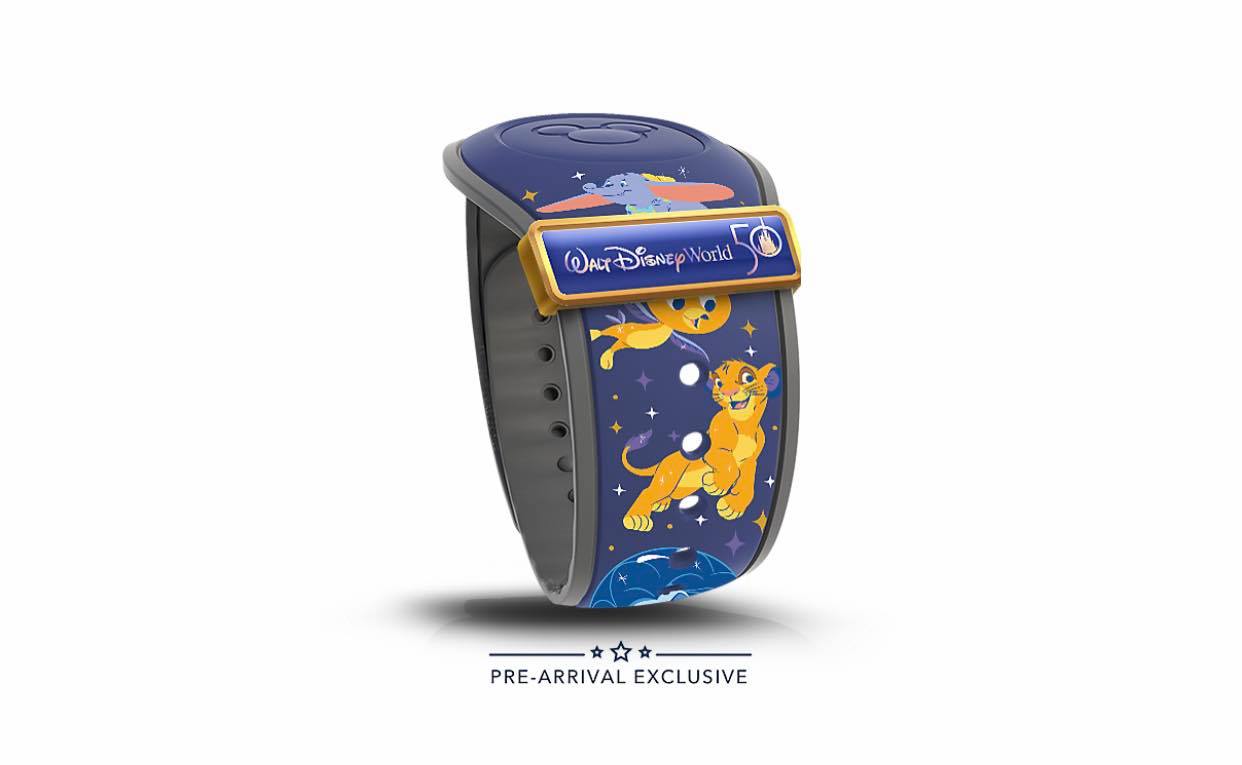 The Walt Disney World 50th Anniversary MagicBand features a purplish-blue EARidescent background with popular Disney characters including Simba, Orange Bird and Dumbo on one side. The other side showcased Tinkerbell, Figment, Chubby, Mr. Toad, and BB8.

But, what really sets this MagicBand apart from others is that 50th Anniversary the slider that says “Walt Disney World 50” in EARidescense with a gold trim. This slider will be able to come off of this MagicBand so you can use it in the future on another one. This shows everyone that you were in-person to celebrate 50 years of Walt Disney World magic for years to come. 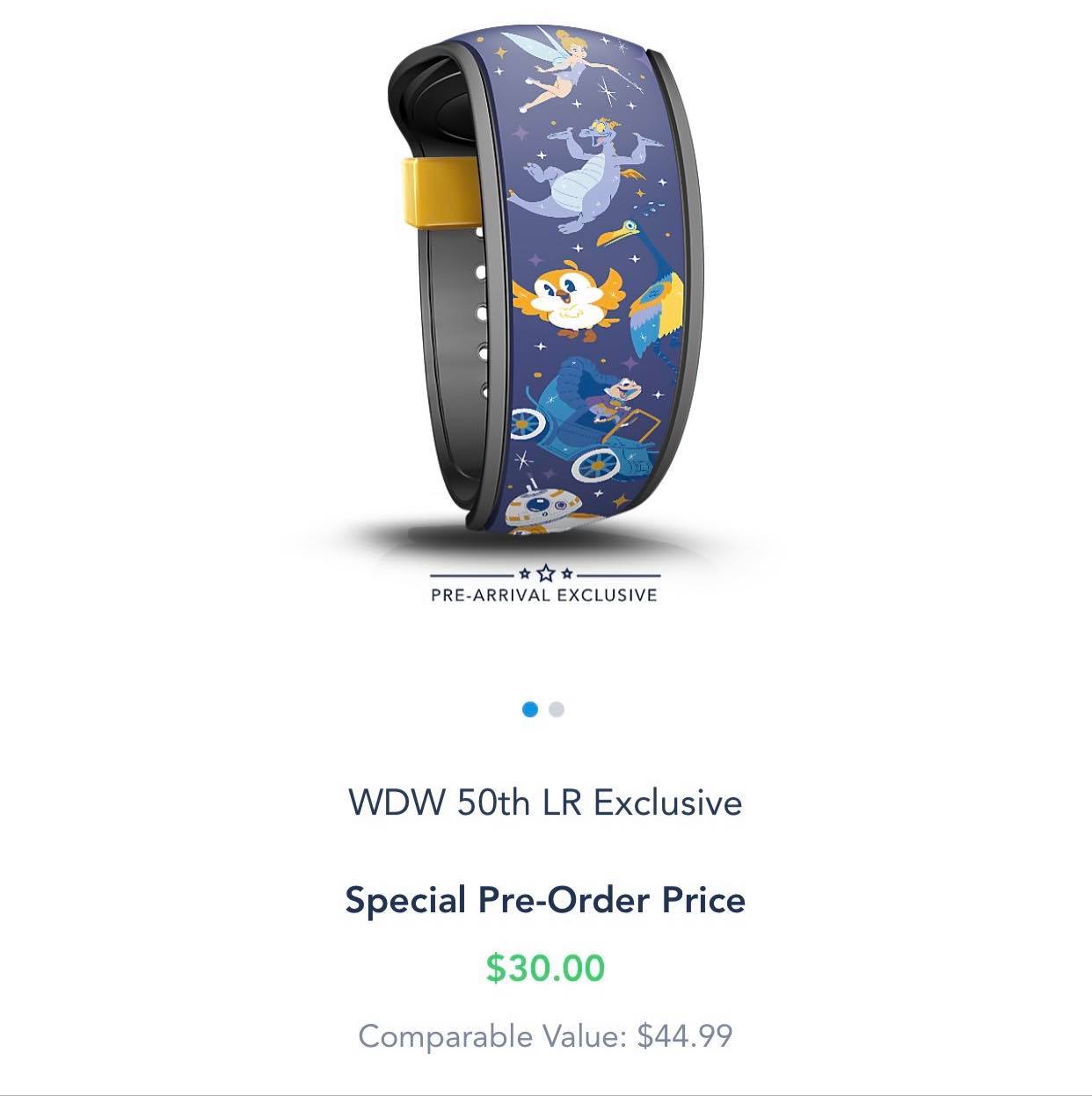 Currently, the 50th Anniversary is only available as a pre-arrival exclusive for those who are staying in a Walt Disney World Resort Hotel. Since these Guests receive MagicBands at a discount, the cost is just $30.00 when purchased through your My Disney Experience account.

Once the MagicBand goes live from the general public, the cost will be $49.99. 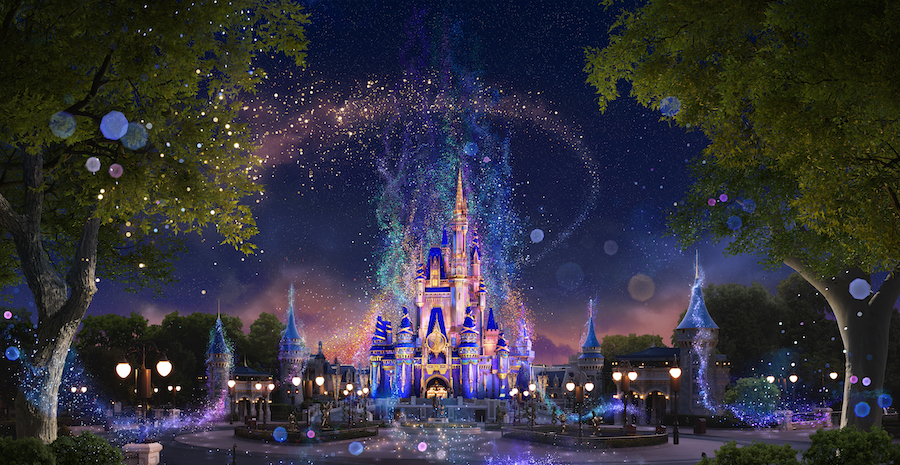 In addition to this new MagicBand, there is a whole plethora of merchandise that has been released or will be released for Walt Disney World’s “The World’s Most Magical Celebration.” To read about other 50th Anniversary merchandise collections, please CLICK HERE.

When the “World’s Most Magical Celebration” kicks off on October 1, 2021, there is going to be extra magic everywhere you turn at Walt Disney World. With new fireworks spectaculars at the Magic Kingdom and EPCOT to a new daytime show at Disney’s Animal Kingdom, special cavalcades, treats, snacks, and more, this is going to be one celebration you won’t want to miss! 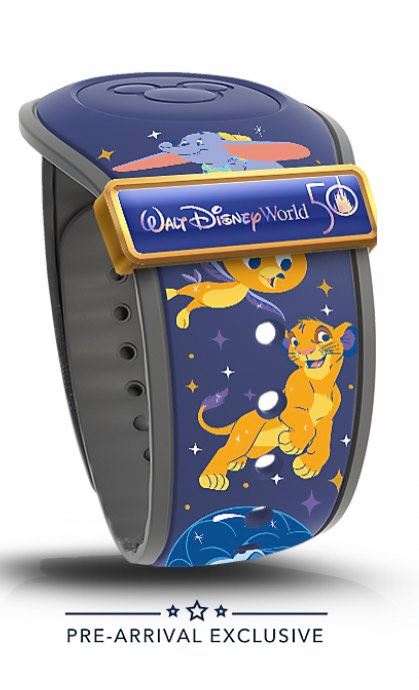 There’s still time to start planning your Walt Disney World 50th Anniversary vacation. But, HURRY! Rooms are VERY limited! Fill out the form below or send an email to Holly@MickeyTravels.com for a FREE, no-obligation quote to book your Disney vacation. As an agent with MickeyTravels (a Platinum Earmarked Agency), I will be on hand to help you with everything from finding your perfect package and I offer rate monitoring to ensure you are receiving the best rate available by Disney! I work with all Disney Destinations and destinations outside of Disney. Best of all, my services are absolutely FREE. Get in touch via email at Holly@MickeyTravels.com or calling 954.401.9577. Also, make sure to CLICK HERE to follow along with my Facebook page for all things Disney and giveaways!