Earlier this year, Disney announced that it would be prioritizing several sing-along versions of beloved musicals including Tangled, Moana and even Encanto.  For those unfamiliar, these updated versions of the films will allow guests to sing-along as on screen lyrics are on display throughout the film. 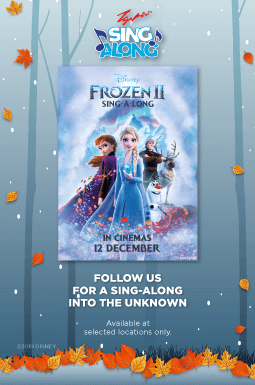 Ahead of the new sing-along projects Disney will be releasing sing-along versions of Frozen and Frozen 2 on Thursday 8th September 2022 as part of Disney+ Day.  So do those vocal warm ups and get ready to burst out beloved songs like “Let it Go.”

For those looking for some inspiration, you can check out our sing-along clip of the iconic Frozen song below:

For those unfamiliar, the original Frozen follows Princess Anna who must team up with a rugged mountain man – Kristoff and his reindeer sidekick Sven to save Elsa, Anna’s sister, who has icy powers that are getting out of control.  This beloved film has it all, a talking snowman named Olaf, mystical trolls and some of Disney’s best musical numbers!

The second film picks up where we left off with Anna and Elsa as the sisters from Arendelle go on an epic adventure to find out who they really are, connect with their heritage and grow to appreciate the value of Elsa’s incredible icy gift.

You can also find the original (non sing-along) versions of the film available now on Disney+.