A Disney/Pixar Turning Red manga companion launches in 2023.  Currently, the comic book companion (launched by Viz Media) is being prepped as Turning Red content extends beyond the film.

Manga Companion to Pixar Film ‘Turning Red’ to Launch in 2023 https://t.co/XIVUzf5XhW via @variety

A Movie for Teens

Turning Red‘s target audience are teens, and related media content to the film has obtained over two billion views on TikTok.  The film premiered on Disney+, as well as in limited theaters, in early 2022. 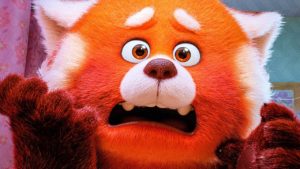 In the film, Mei is a 13-year-old Chinese-Canadian girl with a hereditary curse.  Unfortunately, she turns into a giant red panda when she experiences strong emotions.  What teenager doesn’t have strong emotions? 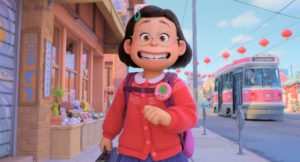 So, just like every other teenage girl, she loves boy bands.  Mei’s particular favorite boy band is 4*Town.  Hence, the comic focuses on 4*Town with the title, “Disney and Pixar’s Turning Red: 4*Town 4*Real: The Manga.” 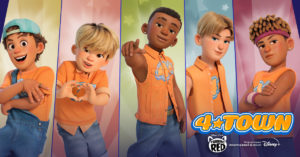 Dirchansky authors the comic and KAlfee is the illustrator.  Viz Media said the comic, “takes you behind the music of Canada’s greatest nineties boy band, 4*Town.”

The synopsis says, “4*Townies are hyped to see 4*Town performing their favorite hits live, but how will Canada’s greatest boy band spend the day leading up to their epic Toronto concert? Hang with Robaire, Jesse, Tae Young, Aaron T, and Aaron Z as they enjoy a rare break in their busy schedules! Jesse and Tae Young embrace their artistic side and visit a ceramics museum, Aaron T gets his fashion on at the mall, and Aaron Z and Robaire stay in the dance studio to master their moves before the sold-out show. Only the most real fans deserve to get this up close and personal with Tween Beat Magazine’s Hottest Band of the Year!” 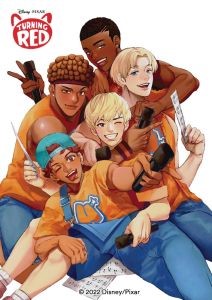 The music icon Billie Ellish and her brother, Finneas O’Connell, wrote three 4*Town songs for Turning Red.  Now, the song “Nobody Like You” has over 100 million views on YouTube. 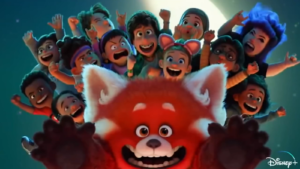 Tell Us Your Thoughts

So, are you excited about the Turning Red manga companion coming in 2023?  If so, let us know!