Gov. DeSantis Fires Back At Disney Over Criticism For “Don’t Say Gay” Bill

If you’ve been following along with MickeyBlog you’ll know that this week Florida Governor Ron DeSantis passed the state’s controversial “Don’t Say Gay” Bill into law.  The Walt Disney Company, having been recently criticized by employees over a muted response to the bill was quick to take to social media earlier this week to call for the repeal of the bill.  Now DeSantis is firing back.

First, you can take a look at Disney’s original tweet regarding the company’s stance on HB 1557:

Statement from The Walt Disney Company on signing of Florida legislation: pic.twitter.com/UVI7Ko3aKS

As you can see from the tweet above, The Walt Disney Company said in their statement that the bill “should never have passed and should never have been signed into law.” It went on to say that the company is committed to fighting the legislation.

In response DeSantis told ABC (which is Disney-owned),  “For Disney to come out and put a statement and say that the bill should have never passed and that they are going to work to actively work to repeal it, I think, 1.) was fundamentally dishonest but 2.) I think that crossed the line.”

According to a recent piece in DEADLINE, DeSantis elaborated on the second point saying, ““For them to say that they’re going to work to repeal substantive protections for parents, as a company that’s supposedly marketing its services to parents with young children, I think they crossed the line.”

DeSantis also highlighted a sore point with Disney employees, that Disney’s response to the “Don’t Say Gay” bill was too little too late adding,  “I also thought it was interesting, I talked to the Speaker of the [Florida] House yesterday afternoon, and he said Disney never called him when they were putting this [bill] through the house. They [Disney] didn’t seem to have a problem with it when it was going through. If this was such an affront, why weren’t they speaking up at the outset?” 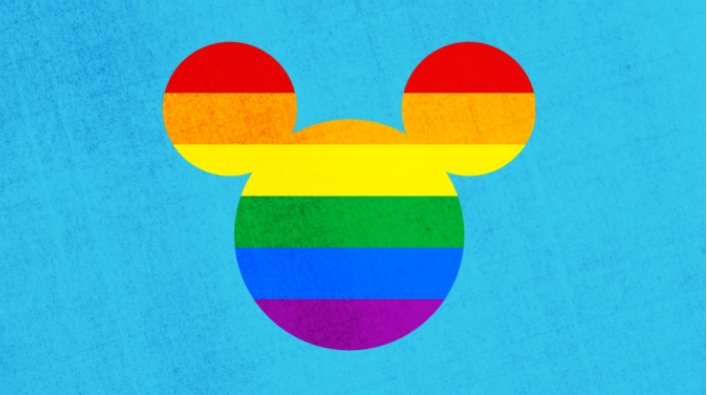 However, in the statement,  DeSantis left out the fact that the Governor himself did speak to Disney about the bill weeks ago.  This was confirmed directly by the governor’s office in early March.

Below is a look at Bob Chapek’s official statement to cast members on March 11th after employees asked the CEO to take a more vocal stance opposing the controversial piece of legislation:

Today, our CEO Bob Chapek sent an important message to Disney employees about our support for the LGBTQ+ community: https://t.co/l6jwsIgGHj pic.twitter.com/twxXNBhv2u

At that time DeSantis was quick to shoot back at Disney and Hollywood in general saying,  “If the people who held up degenerates like Harvey Weinstein as exemplars and as heroes, if those are the types of people and all that that are opposing us on parents’ rights, I wear that like a badge of honor.”

This is a story that we will continue to follow closely here at MickeyBlog. Readers are encouraged to keep checking back with us for further news and updates!.