Did you know Cinderella Castle is more than just a beautiful, historical structure at Walt Disney World’s Magic Kingdom park?  Cinderella Castle’s hidden magic has been amazing Guests for 50 years now, even if you didn’t know it. 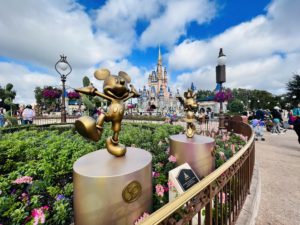 The castle is large and dominating as you walk down the Magic Kingdom’s Main Street, U.S.A.  However, Cinderella Castle is actually much smaller than it appears.

In 1970 (the year Cinderella Castle was built), regulations required buildings taller than 190 feet to have a red light on top for aircraft.  Of course, this would take away from this magical structure. 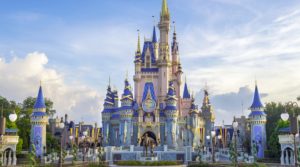 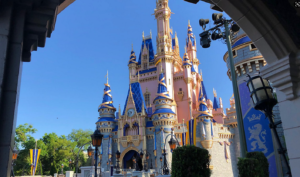 So, how did they do this?  Well, the castle’s first floor is built to scale; however, the other floors are smaller. 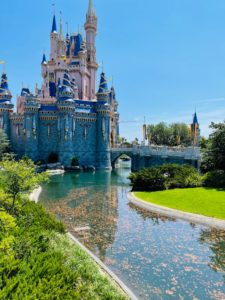 This effect forces your eyes upward and makes your brain believe the castle is bigger than it really is.  Interestingly enough, Cinderella Castle is not the tallest structure at Walt Disney World. 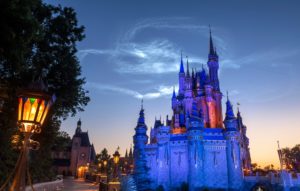 Guests feel Cinderella Castle’s hidden magic and presence throughout the park.  However, you can explore even more magic once you step inside. 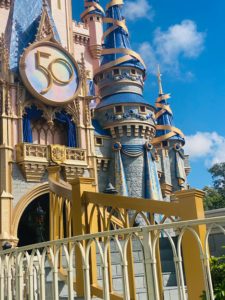 As you walk down the hall, there are hand-crafted, enchanting glass mosaics on the wall.  Accordingly, these mosaics depict Cinderella’s story. 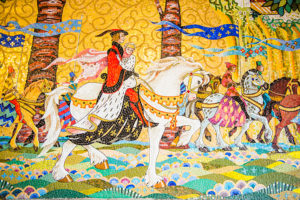 More than 300,000 pieces of Italian glass create these five mosaics.  It took an impressive 22 months to create the depictions. 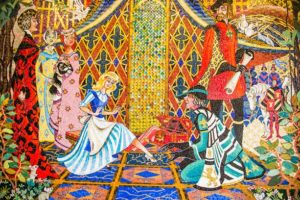 Also, did you know there is a secret guest room within the castle?  Originally, Walt Disney intended the room for himself and his guests. 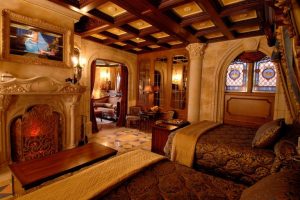 Since Walt passed away before Disney World’s opening date, he never got to use the room.  Now, Cast Members reserve the room for special guests, celebrities, and contest winners only. 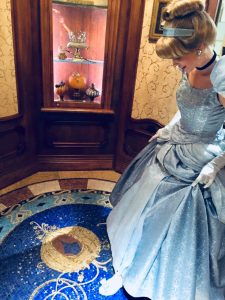 The guest room includes two queen beds, mosaic floors, a grandfather clock, and a glass slipper.  Imagineers permanently set the clock to 11:59 as a sign that the magic never ends. 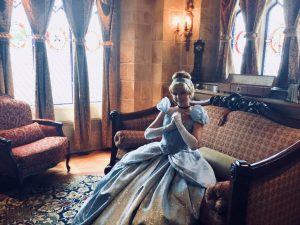 Now, let’s talk about the bathroom.  It has a Jacuzzi soaking tub with fiber optic stars on the ceiling in order to create a magical relaxation experience after a long park day. 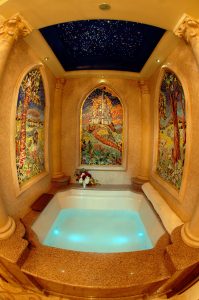 As you probably know, Tinker Bell has flown from Cinderella Castle almost every night since 1985.  This is an anticipated spectacle for many Guests during the fireworks show at the Magic Kingdom. 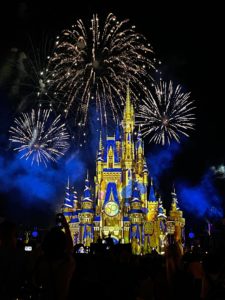 Finally, Cinderella Castle’s hidden magic glows in splendor and beauty each night.  Currently, you will see her shine as the Magic Kingdom’s Beacon of Magic during Walt Disney World’s 50th-anniversary celebration. 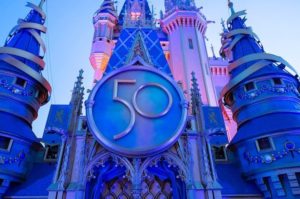 So, let’s start planning YOUR Walt Disney World vacation! Hence, fill out the form below or send an email to sgrose@mickeytravels.com for a FREE, no-obligation quote!  As your MickeyTravels Authorized Disney Vacation Planner, a Platinum Earmarked Agency, I help you with everything to ensure your specific needs are met!  Plus, I offer rate monitoring to guarantee you are receiving the best deal available from Disney!  Also, I work with ALL Disney Destinations, including Good Neighbor Hotels.  Best of all, my services are FREE! So, email me at sgrose@mickeytravels.com, call or text me at 304-920-1998, or visit my Facebook page. There, you can stay updated on all-things-Disney.  Also, you can stay connected with me for promotions and giveaways!  TTFN (ta-ta for now)!