How Walt Disney Changed the Olympics in 1960 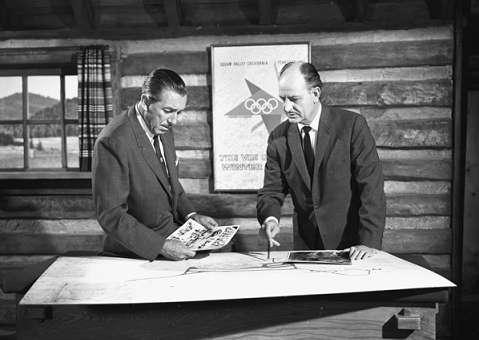 Did you know that Walt Disney is a part of Olympics history?

It’s true! When the Winter Olympics of 1960 were assigned to the remote and little-known area of Squaw Valley in California, Walt Disney was brought on as the chairman of the pageantry committee.

Walt (and his team) changed the way the Olympics would be presented – forever. 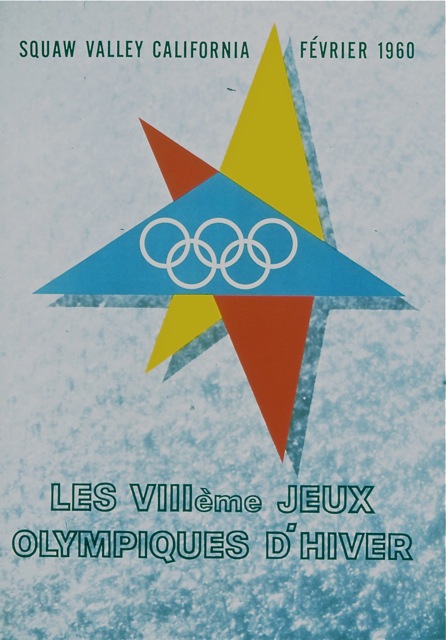 As shared by the Walt Disney Family Museum, Walt was brought on board to program “the opening and closing ceremonies, the victory ceremonies for each event, and the Olympic torch relay. Disney agreed, saying later, “I didn’t know then what I was getting into!” 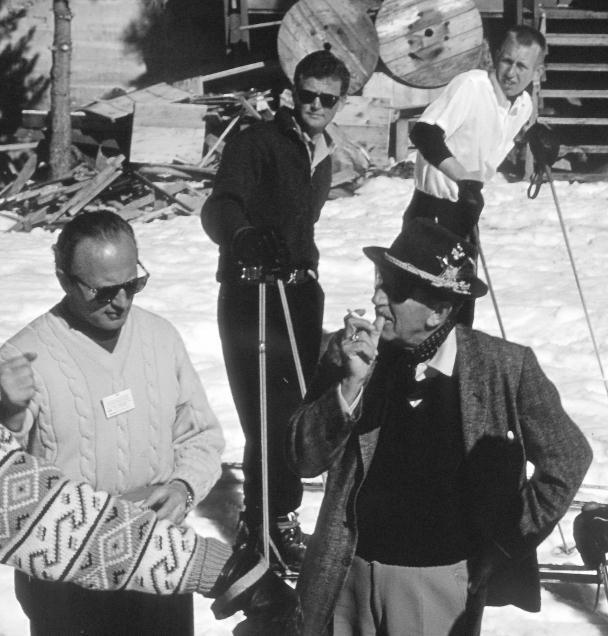 The spirit of American youth

Tommy Walker, who was once the bandleader at the University of Southern California, led a team which brought in high school bands and choral groups to perform at the Olympics. Eighteen bands and thirty-seven choruses joined together to perform. 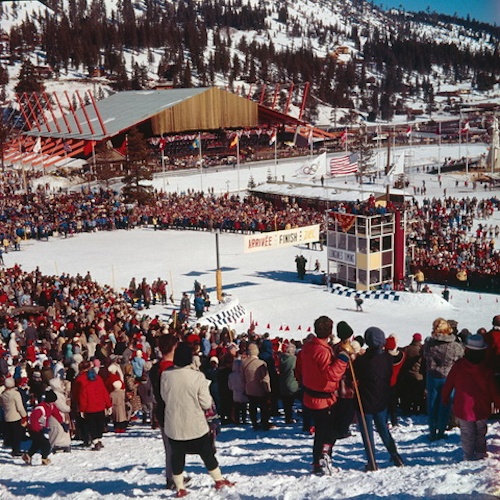 Youth participation was critical to the success of the Games; acting as official flag-raisers, messengers, and crowd control during the event were 125 Explorer Scouts under the leadership of Scoutmaster William King. Walt himself was quoted as saying, “I have always said that the spirit of American youth cannot be daunted, and I think this was dramatically proven by their unselfish and wholehearted effort before and during the VIII Olympic Winter Games.” 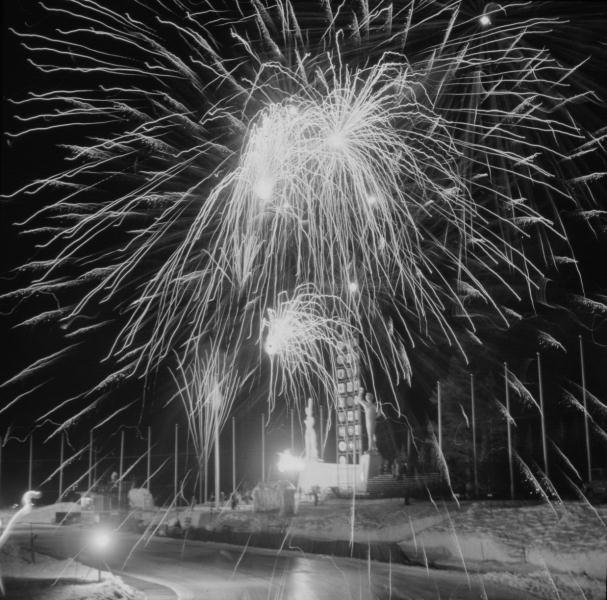 John Hench was brought on to design the look of the 1960 Olympics. He designed snow statues for placement along the Avenue of the Athletes. These were build by Floats Inc. of Pasadena. 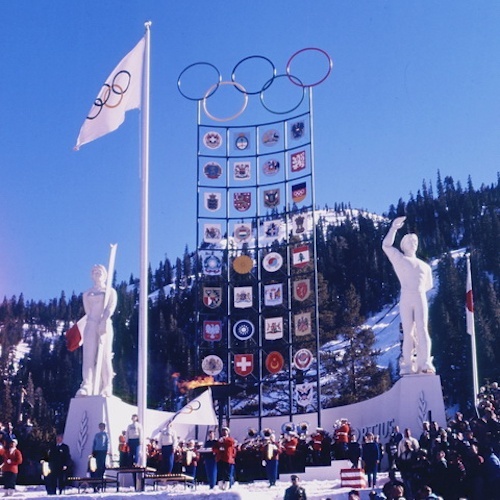 He also created the Tower of Nations – a metallic grid that displayed the Olympic rings and crests of the participating nations. This would be the backdrop for the opening and closing ceremonies, as well as the medal ceremonies.

The torch used in the 1960 Games was also designed by John Hench – and it’s design has been seen in Olympic torches ever since. You can see this torch at the Walt Disney Family Museum in San Francisco. 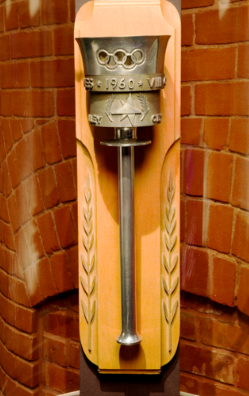 Bringing Hollywood to the Olympics

Olympic athletes were housed in an Olympic village for the first time in 1960, because there were no hotels close to the Games. Walt planned nightly live entertainment for the athletes because:

“nothing is more important than creating lasting goodwill among our visitors, and we shall do everything we can to make their stay a happy one.” 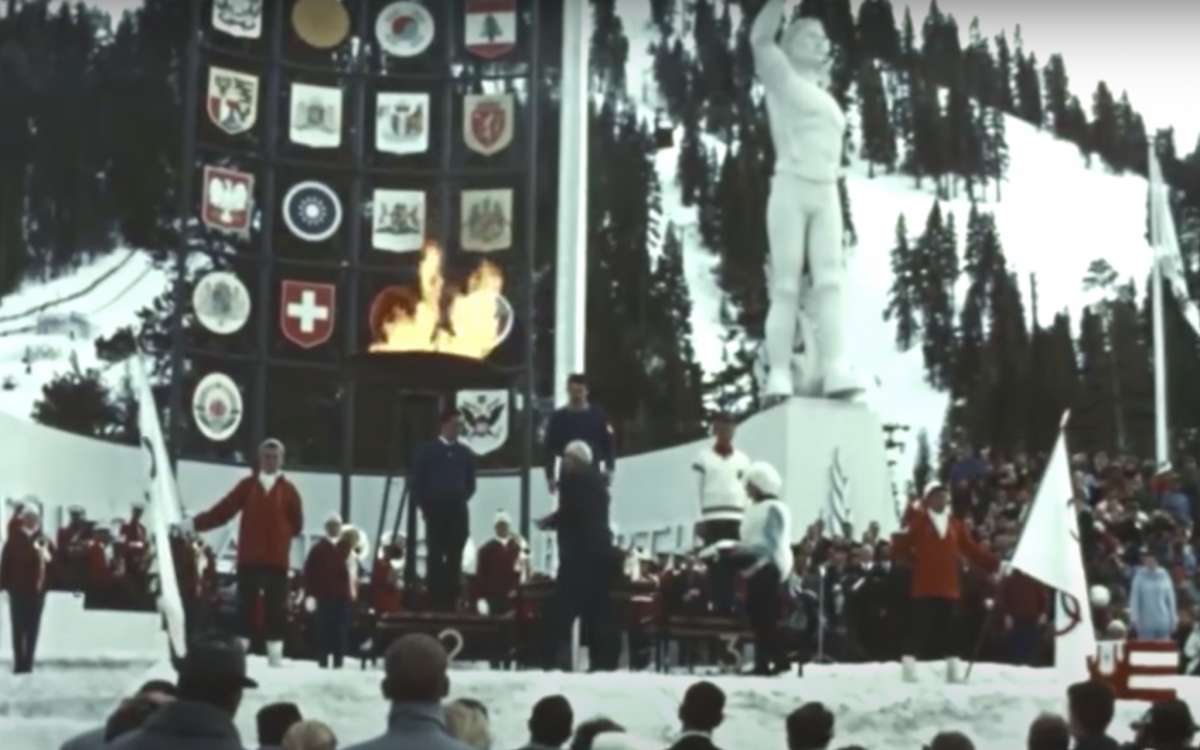 Art Linkletter had been brought on board as entertainment vice president, and he brought his Hollywood friends to entertain. Bing Crosby, Roy Rogers, Red Skelton, Jack Benny, Danny Kaye and Marlene Dietrich kept the athletes entertained. Jayne Mansfield was the official press hostess.

Disneyland’s Wally Boag and the entire Golden Horseshoe Revue made an appearance for the athletes, performing their show including a saloon brawl which even scared security! Magic in the mountains

There’s a documentary called Magic in the Mountains which chronicles the 1960 Olympics. You can stream the movie on Vimeo on Demand.

Ultimately, Walt Disney was lauded for his team’s contributions to the Olympics. The International Olympic Committee chairman said that they were the “greatest games ever staged.” 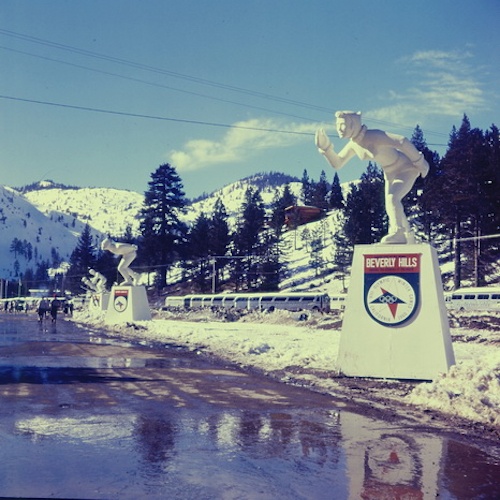 For much more in-depth background on the 1960 Winter Olympics, go to the Walt Disney Family Museum website and search Olympics. Or check out the great reporting from The Atlantic and SF Gate.