Over the past year, the Disney’s Animals, Science and Environment Animal Care Teams celebrated not one but three successful white rhino births. This week, two of those new arrivals marked important milestones in their childhood development at Disney’s Animal Kingdom theme park. 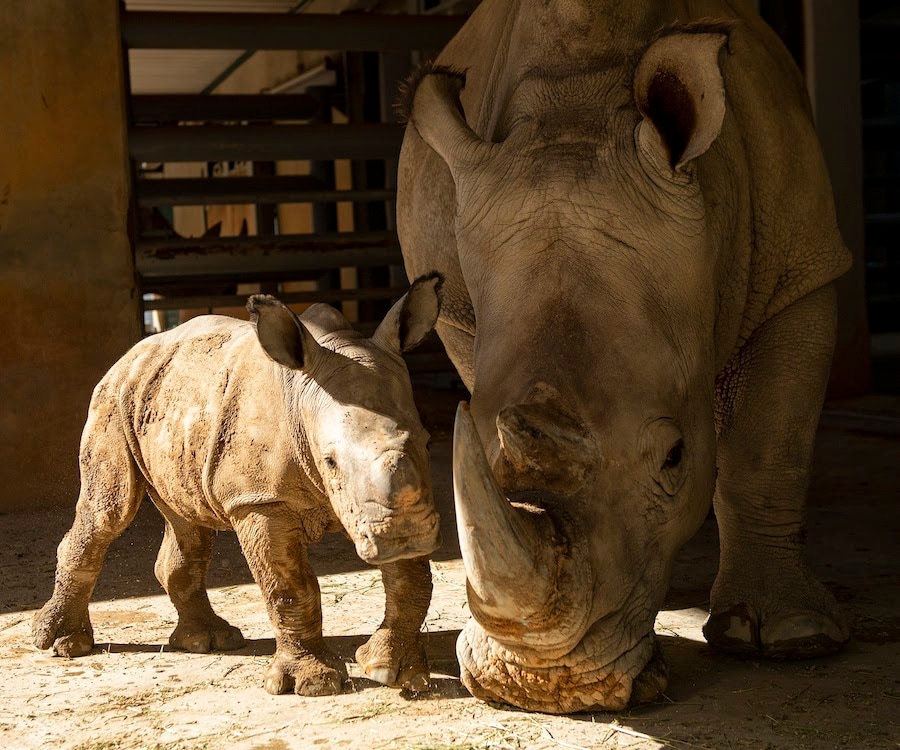 Mylo, a four-month-old white rhino, appeared on the Harambe Wildlife Reserve at the Kilimanjaro Safari attraction for the first time, according to Disney Parks Blog.  In his debut, Mylo also finally had the opportunity to meet his half-brother, Ranger. At only one-year-old, Ranger is the oldest of the three new arrivals. 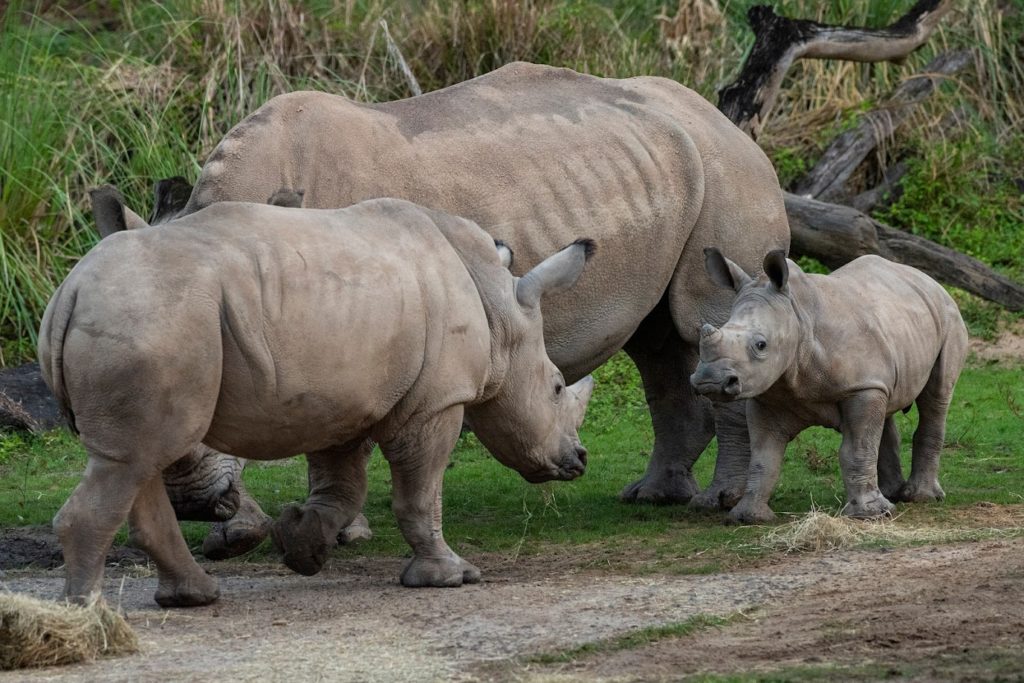 “The adorable, brotherly encounter marks the first time playful Mylo and Ranger interacted with each other on the Harambe Wildlife Reserve. … Park guests aboard Kilimanjaro Safaris now have a chance to see little Mylo wallowing in the mud and exploring his new environment. It’s our hope seeing a rhino in person inspires our guests to connect with these magnificent creatures and sparks a lifelong respect and passion for nature that extends beyond our theme park into action and conservation for the species,” said Scott Terrell, a veterenarian at the theme park, in the blog post. Terrell also serves as Director of Animal & Science Operations, Walt Disney Parks & Resorts.

In other exciting news, the most recent white rhino arrival to the heard also received her name. A mixutre of the names of her parents, the newest arrival received the moniker “Logan.” Her parent’s names are Lola and Dugan. According to a post on Disney’s Animals, Science and Environment’s Facebook page, Logan still has some bonding to do with her mother before she appears on the popular savanna attraction later this year. 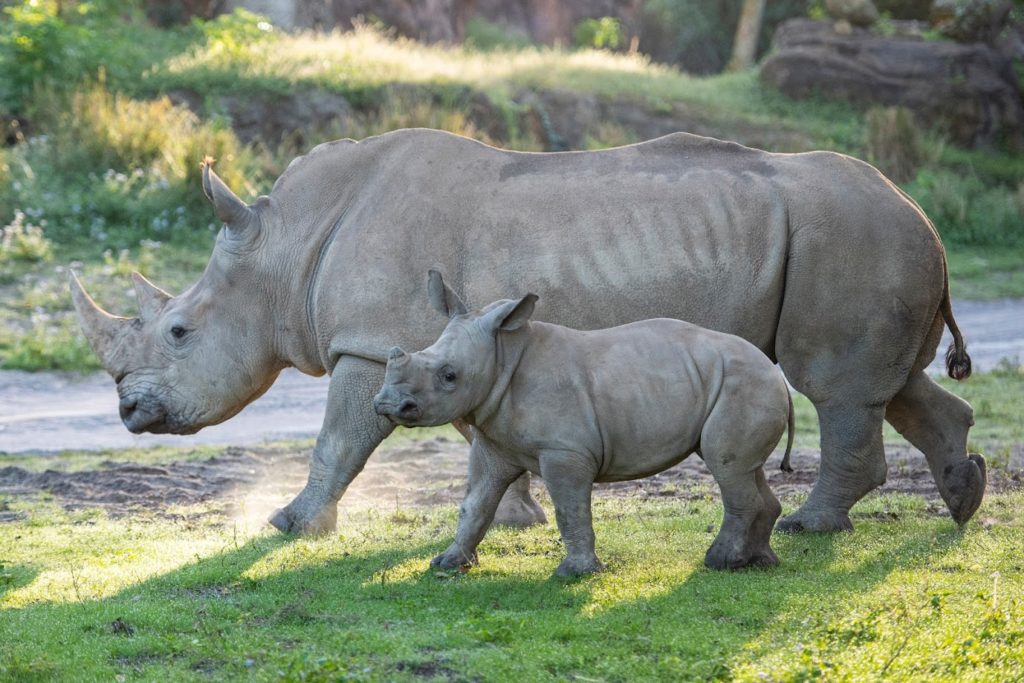 All three white rhinos park a significant success not only to Disney’s Animal Kingom theme park but also to species preservation. The park plays a major role in facilitating the Species Survival Plan, a program ran by the Association of Zoos and Aquariums. The outreach effort aims to responsibly breed animals that are members of endangered species worldwide.