It’s officially Christmas eve and all across Walt Disney World, the Parks are a-glow with Holiday decorations and seasonal happenings! 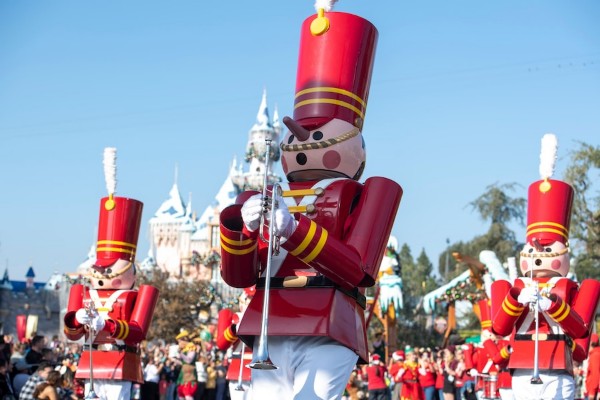 We’ve visited each of the four Parks more times than we can count this Holiday season, and we’re ready to rank the Parks on their decorations alone from 4-1…let’s get into it! 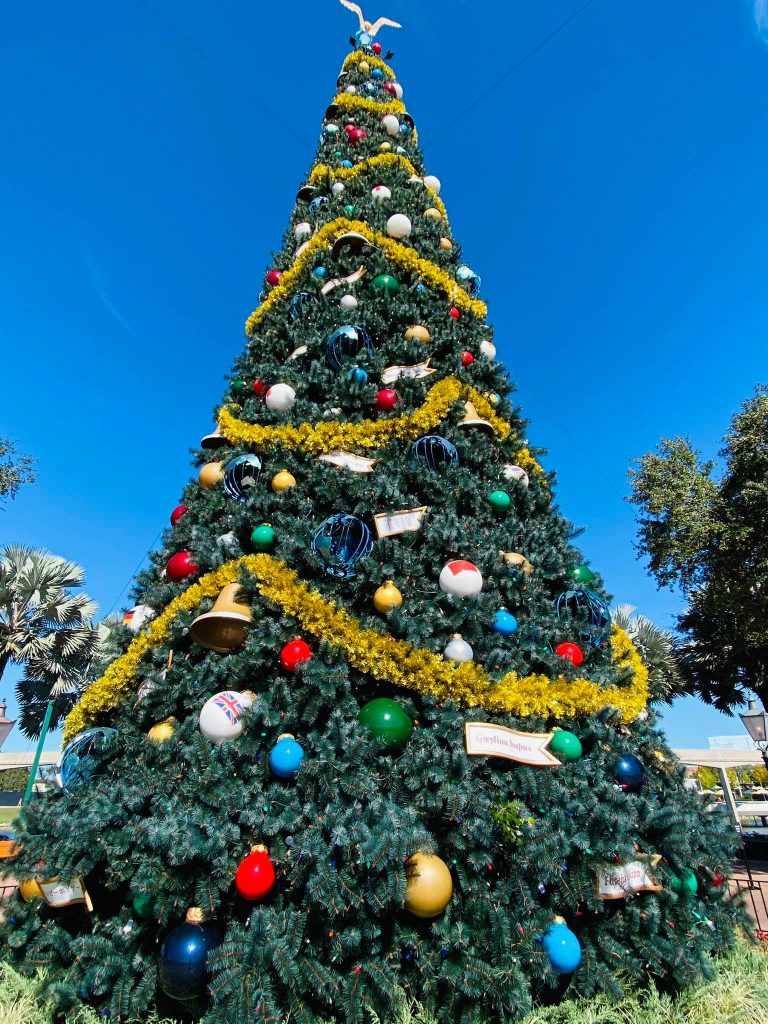 While Epcot would rank the highest for their seasonal offerings (I’m talking Holiday storytellers, cookie stroll, and Candlelight Processional), their decorations alone leave them at the bottom of our list. 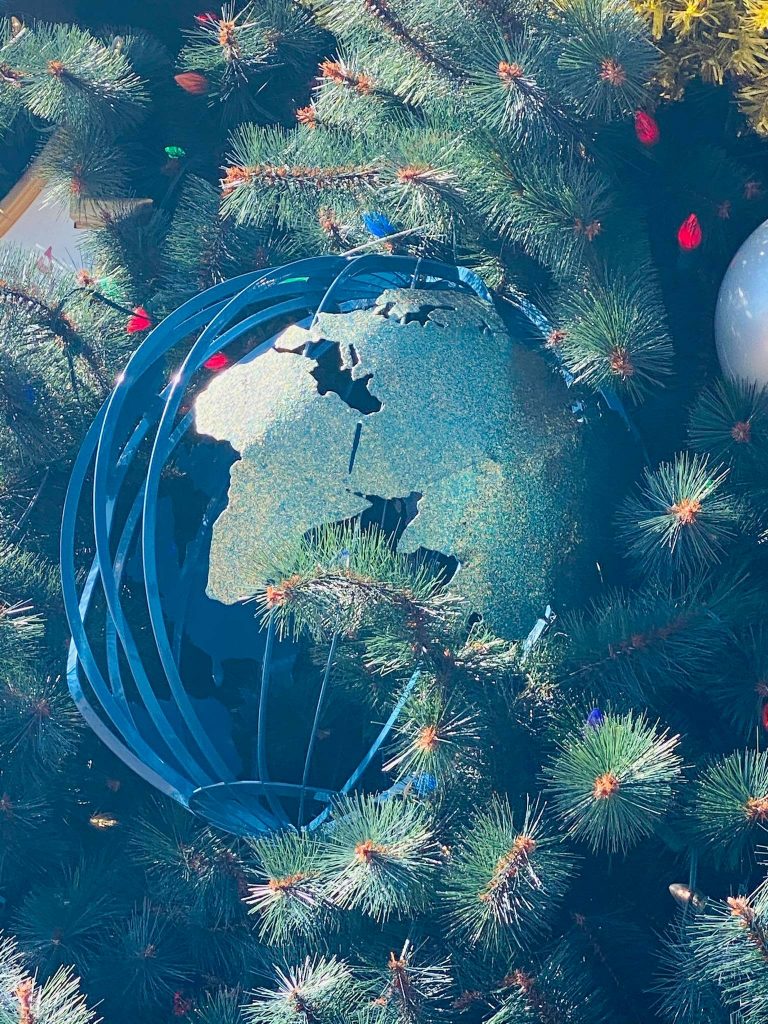 While we love that each Pavilion has culturally diverse decorations, we just don’t feel that the decoration level is as up to par as it is in the other Parks. 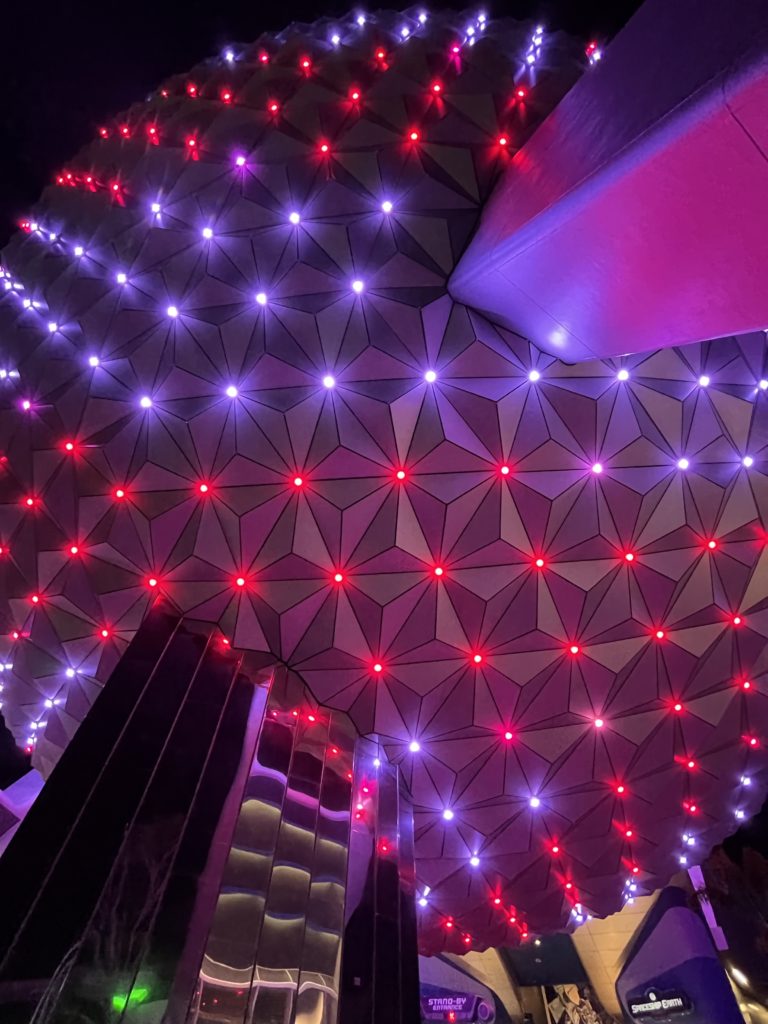 BONUS POINTS: We give Epcot some points for transforming the Spaceship Earth Beacon of Light into an AMAZING Christmas show that should not be missed! 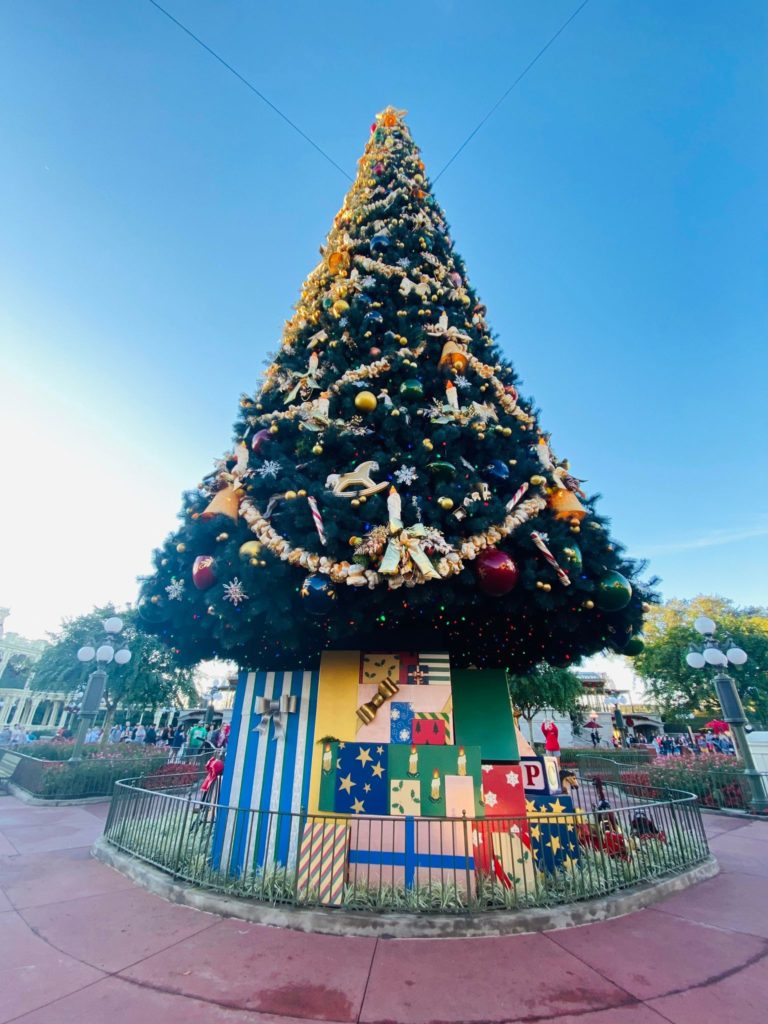 I know what you’re thinking: “Magic Kingdom at the #3 spot?! No way!” but hear me out. Magic Kingdom’s Christmas decorations begin with the tree and surrounding Town Square buildings. 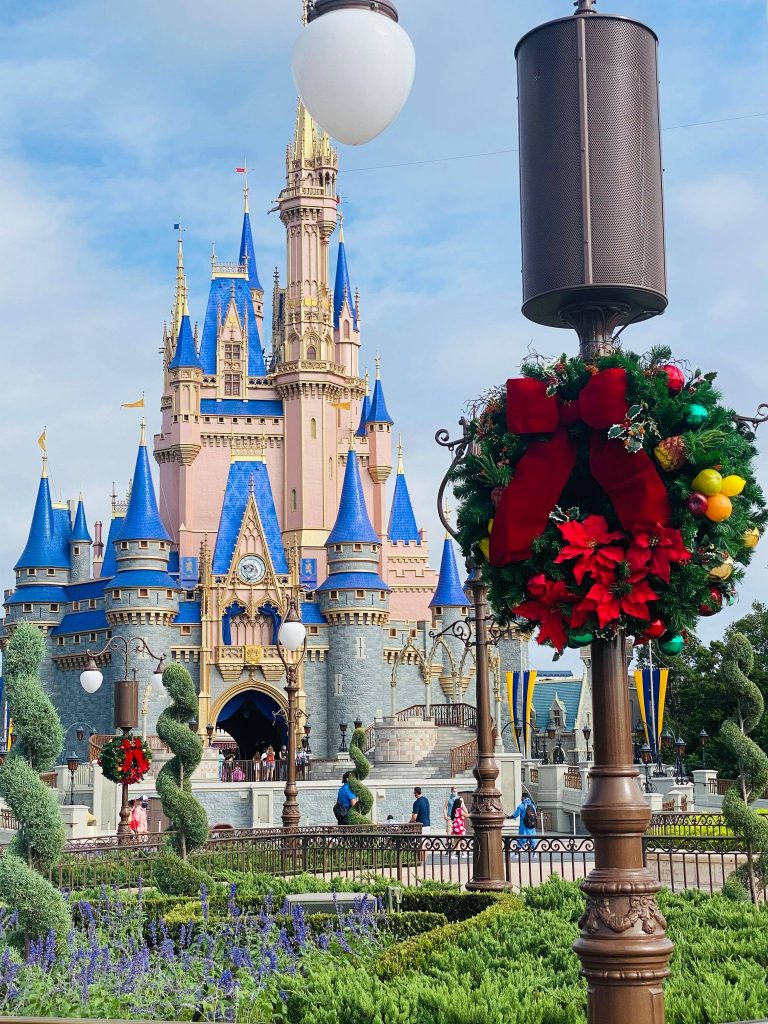 While Magic Kingdom’s decorations can elicit the strongest feelings of nostalgia, they only exist on Main Street! The entire rest of the Park is left completely undecorated, meaning once you leave the Main Street hub, it feels like any other day at Magic Kingdom. 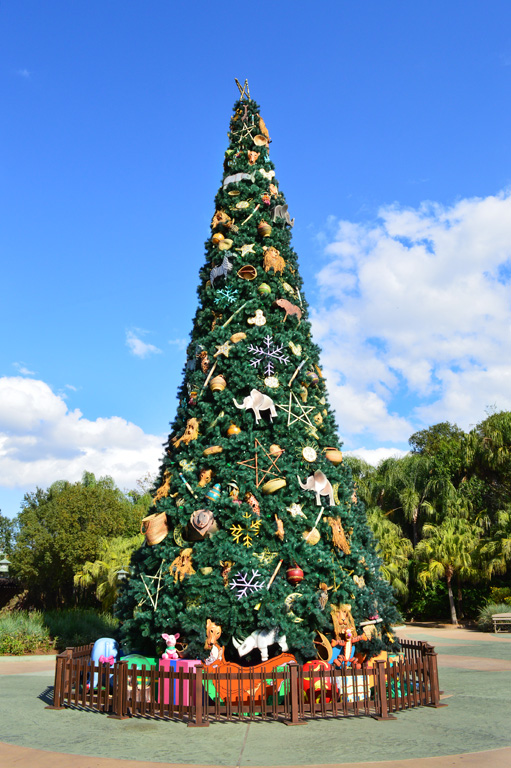 In a leap up from Magic Kingdom, Animal Kingdom takes the #2 spot this year! Their decorations start before you even enter the Park! Their tree is located outside of the Park gates, making it the only Park to offer PhotoPass photos in front of a tree before you even scan in. 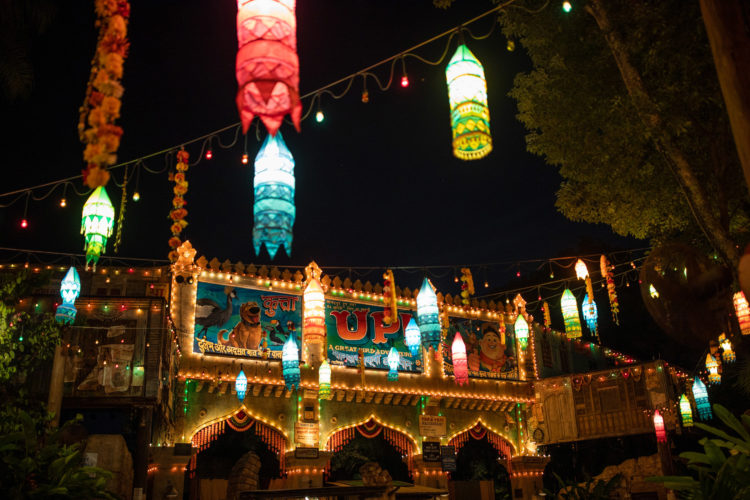 I personally love the little animal lanterns that light up Discovery Island each night as the Tree of Life comes alive with Holiday magic- but it doesn’t stop there! It’s not just Christmastime at Animal Kingdom…but Dawali too!
Dawali is represented with beautiful hanging lanterns in the Asia section of the Park. 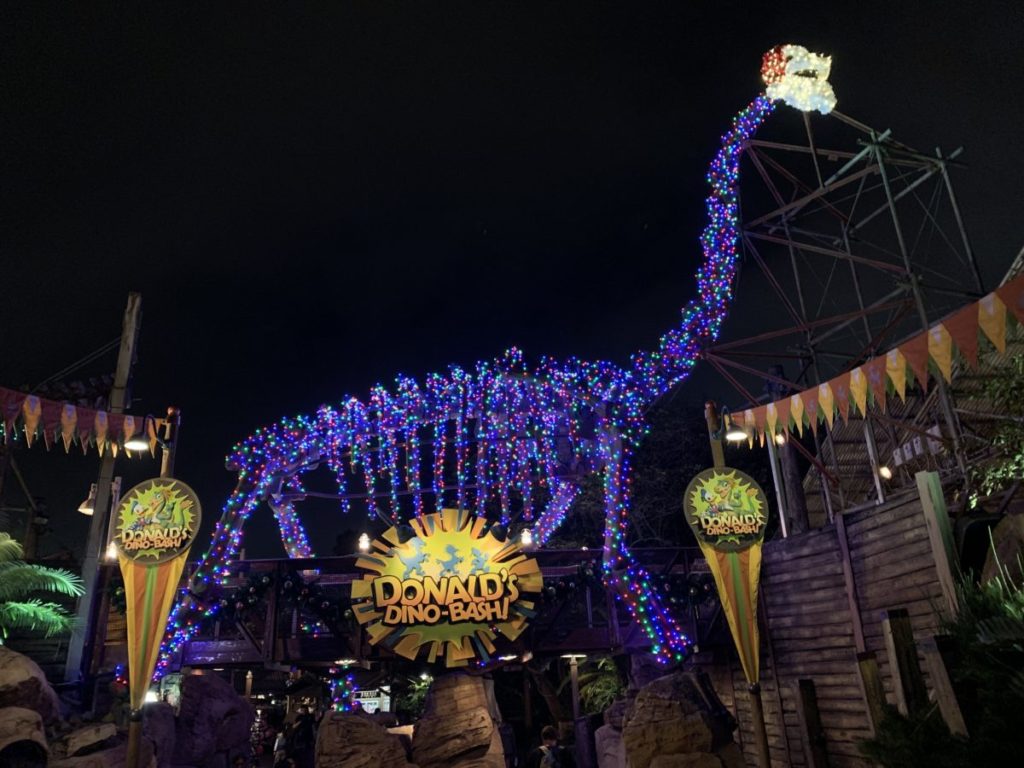 Dinoland is an INCREDIBLE land to visit at night during the Holidays- they’ve even fully wrapped the dino skeleton and given him a Santa hat! Speaking of dinosaurs in Santa hats… 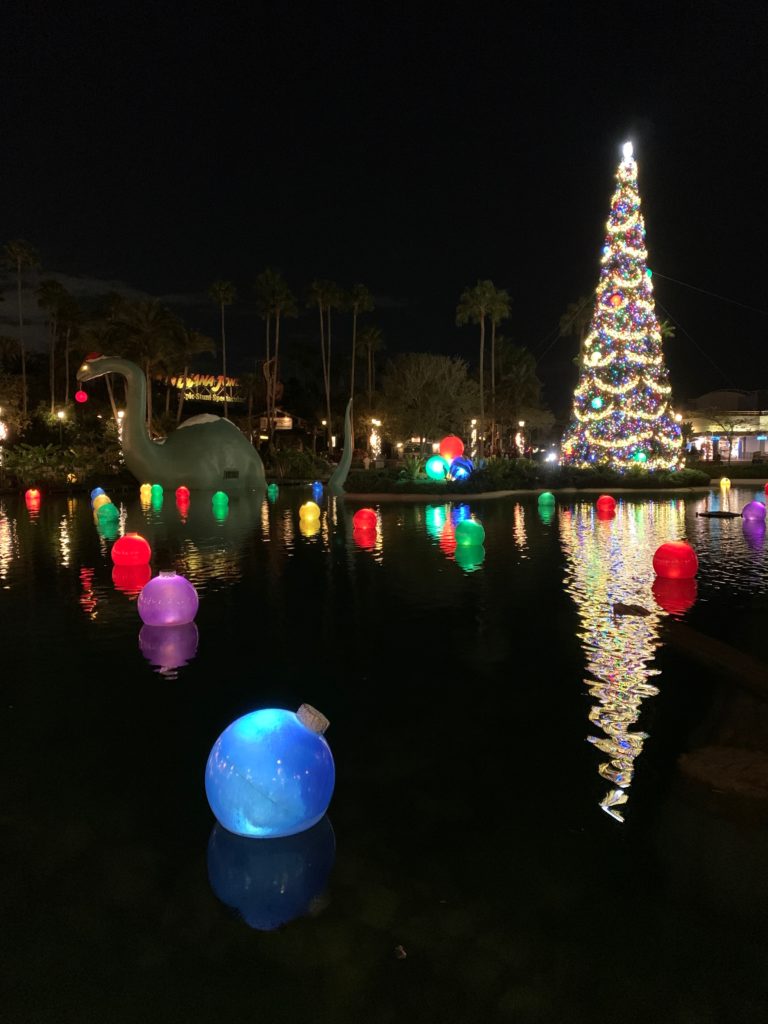 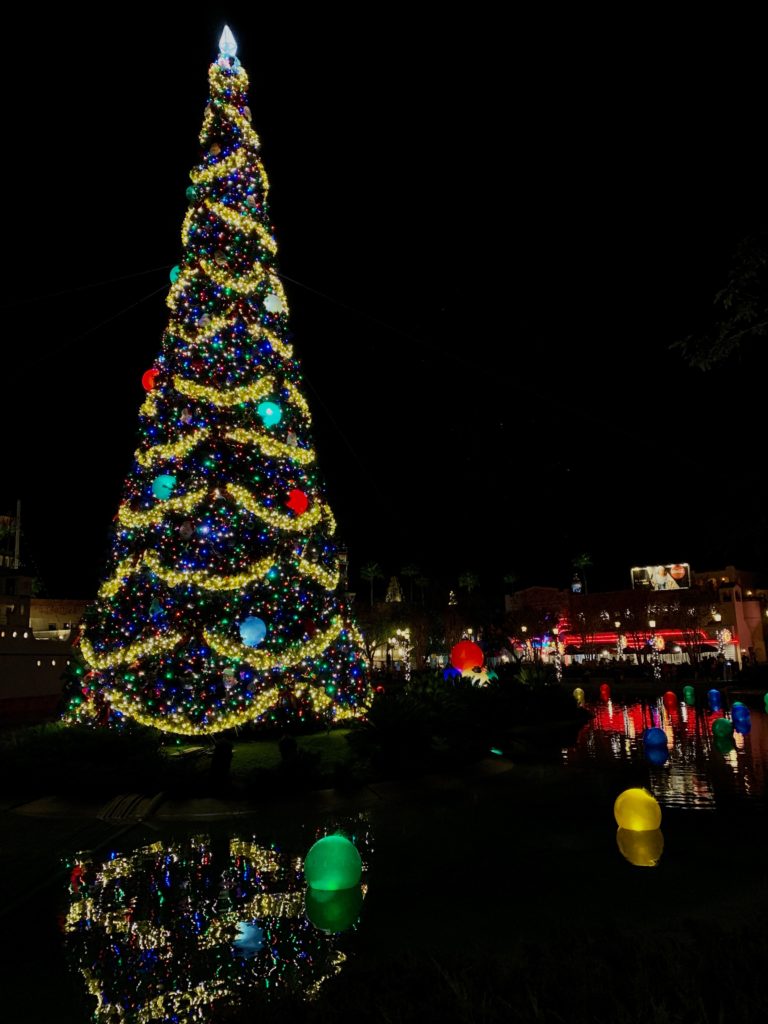 Firstly, we love the entirety of the Echo Lake section- especially at night! Gertie is decked out, the floating ornaments are in the lake, and the entire surrounding area is full of 1960’s-inspired Christmas decorations you can’t find anywhere else. 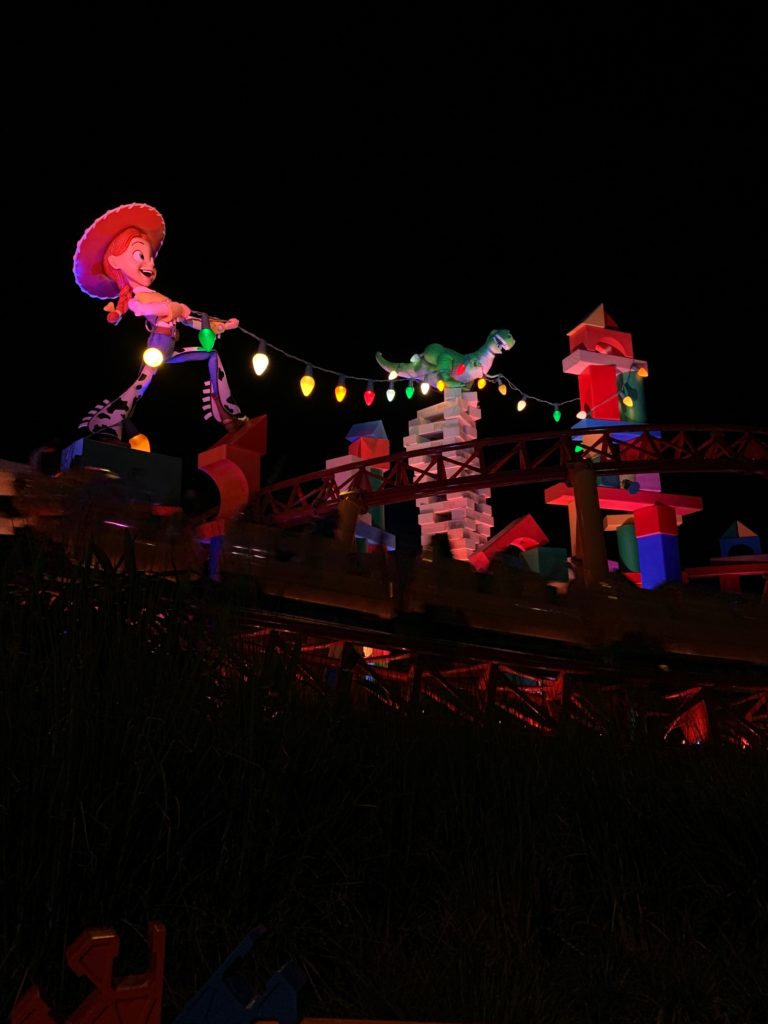 It doesn’t stop there! Head over to the Chinese Theatre area for glimpses of life-size porcelain decorations that everyone’s grandma had in the 60’s! Next, head over to Toy Story Land where larger-than-life Christmas bulbs hang overhead, illuminating Andy’s backyard. 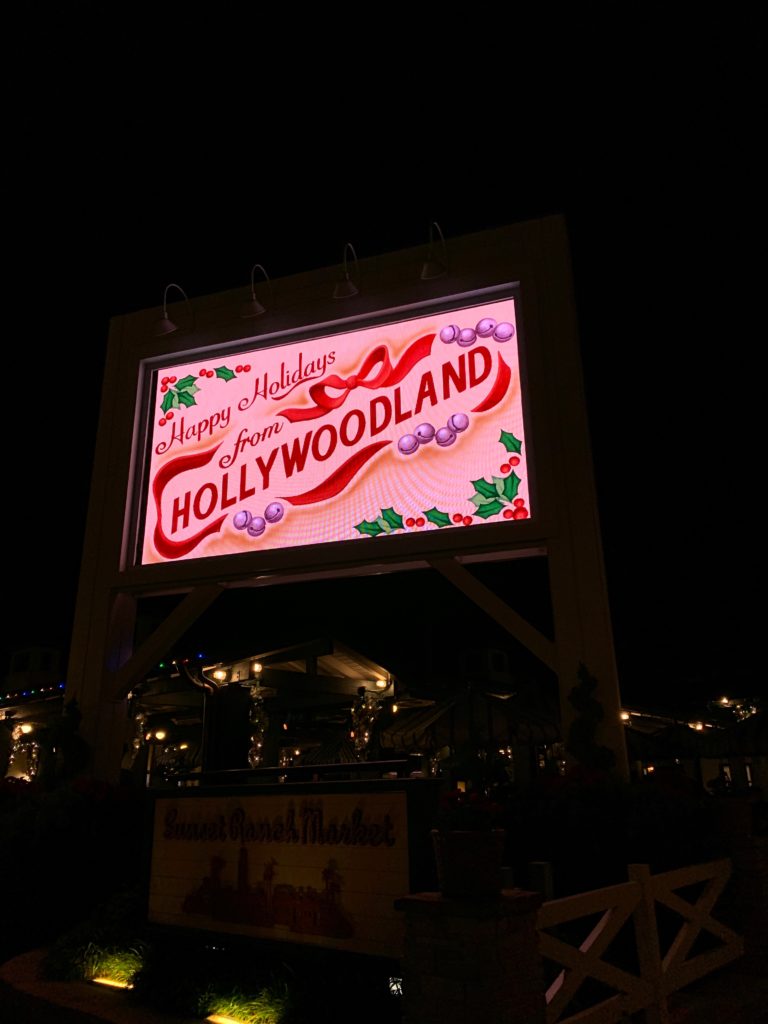 Finally, don’t forget to take a stroll down Sunset Boulevard to catch the Tower of Terror’s Christmas beacon show! The entirety of the Park is fully decked out for Christmas, and we can’t wait to visit one more time tonight before the season ends!