“The hype around Galactic Starcruiser has been interesting” would be the biggest Disney-related understatement of 2021. As many of you know, Disney has recently launched a huge marketing campaign behind the new Star Wars hotel experience slated to open next year- and the reception has been anything but warm.

A still image from the now-deleted marketing video

Disney went so far as to pull a negatively-received marketing video promoting the new Galactic Starcruiser experience that debuted over Thanksgiving weekend. That’s a rare move.

A still of the actors from the now-infamous video

After that reception (which Disney confirmed resulted in a large number of guests cancelling their Galactic Starcruiser reservations) it became very clear that the marketing campaign needed some major adjustments FAST. Disney went so far as to pull that specific marketing video from all of their platforms…so what’s their plan for marketing this very pricey experience going forward? 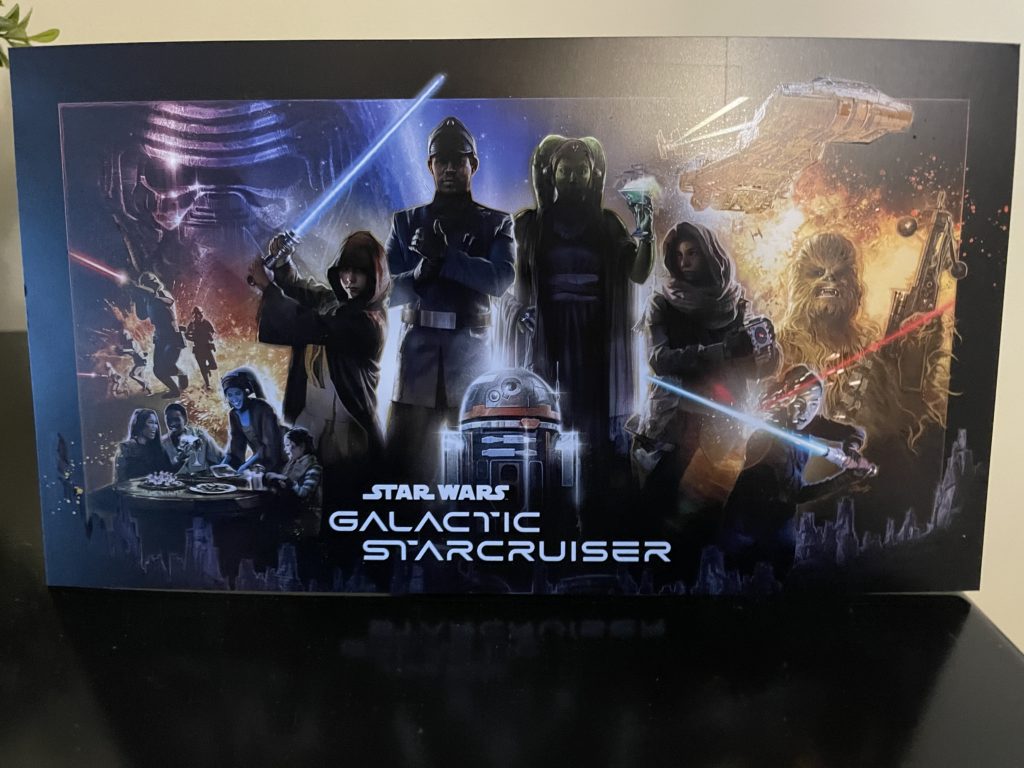 Disney has quickly shifted their marketing away from digital media and has leaned into a more ‘old-school’ approach. Passholders have been receiving high-quality mailers promoting the new Galactic Starcruiser. 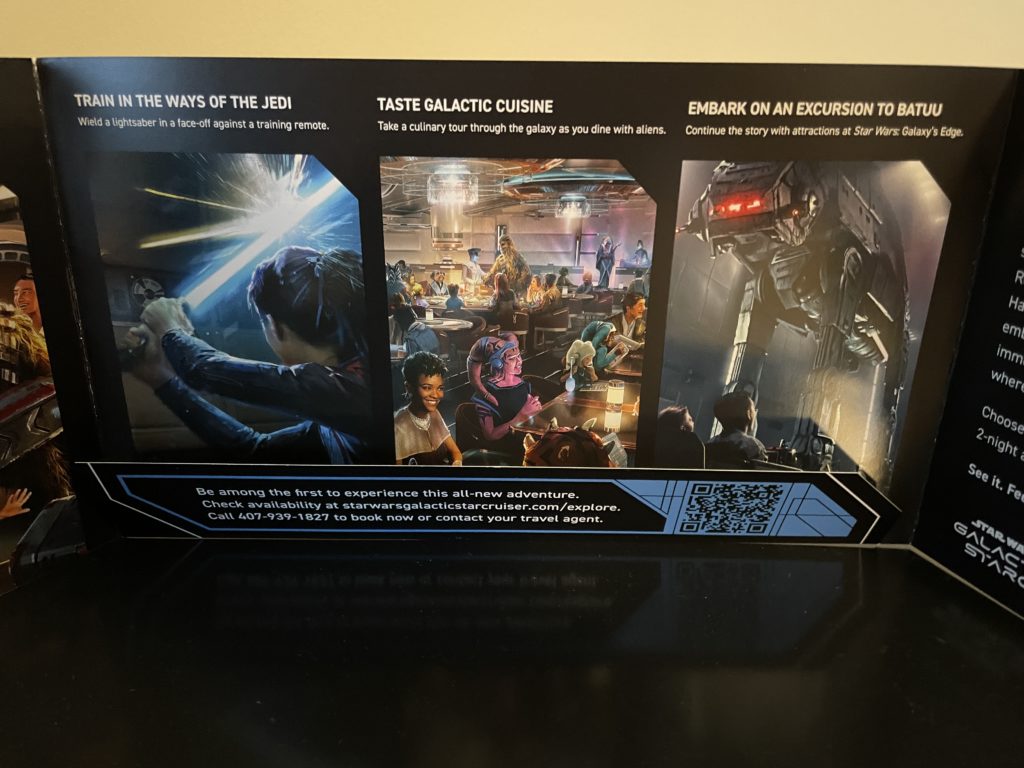 We’re picturing the marketing execs breathing a sigh of relief that the reception of this particular marketing campaign has been much more positive! 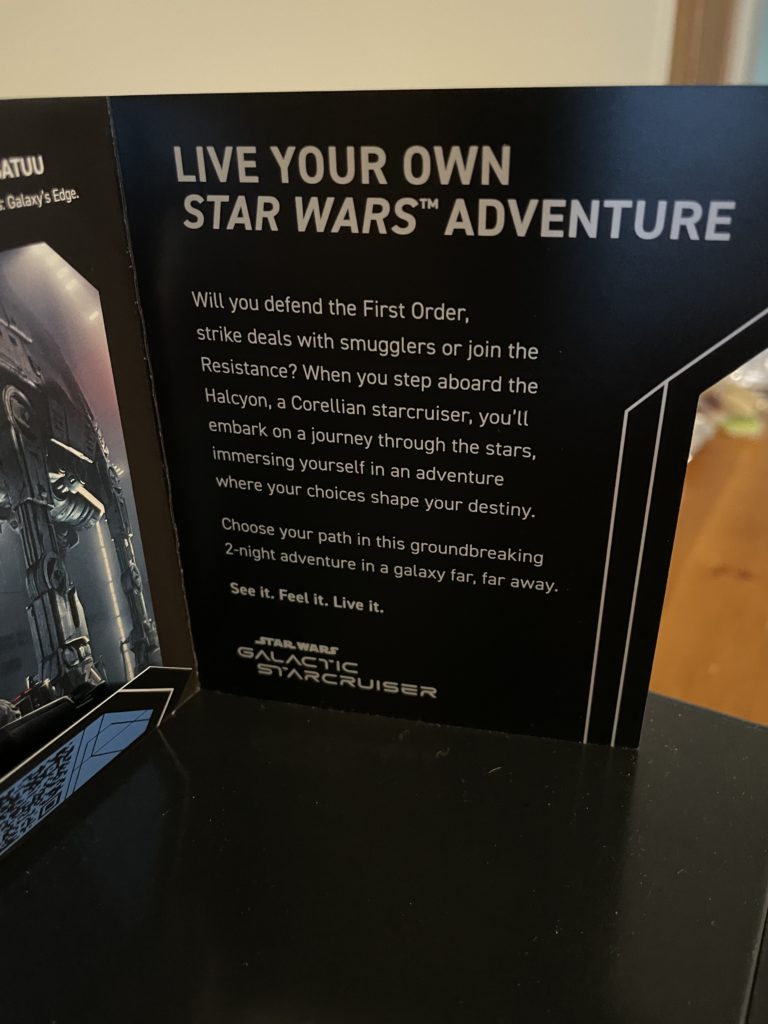 Featuring renderings of activities guests will be able to participate in during the experience, the choice of digital still renderings is apparent here. 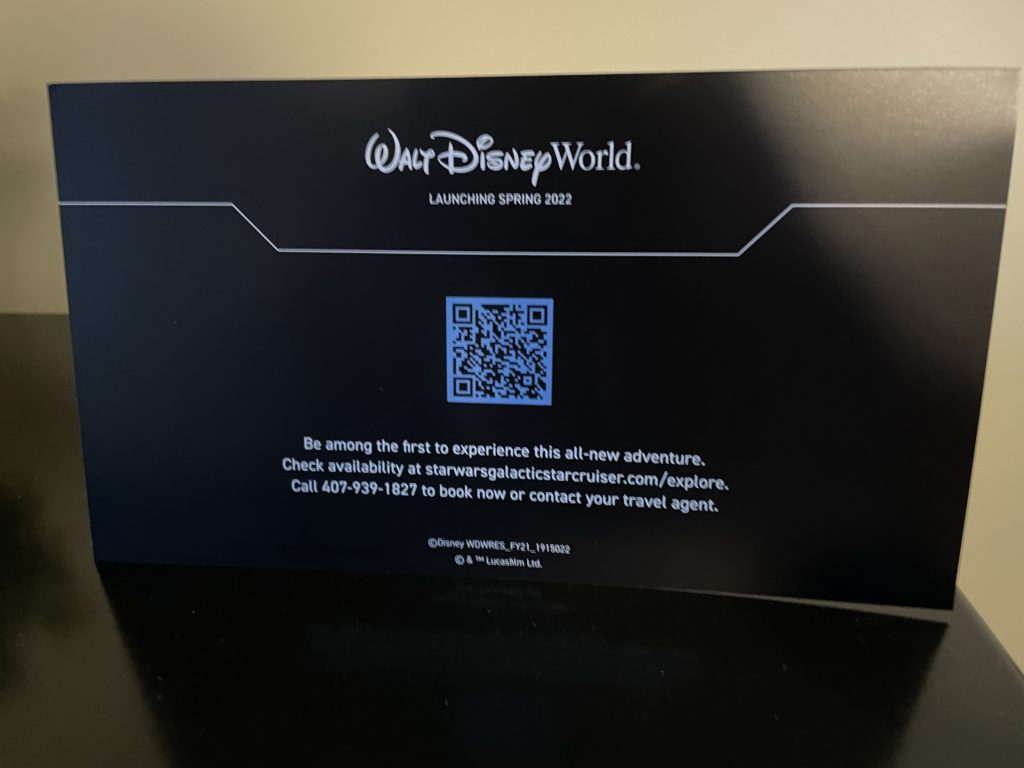 Guests’ reaction to seeing the physical Starcruiser presented on-screen has been overwhelmingly negative, so Disney is shifting towards renderings that allow guests to fill in the blanks with their imaginations. 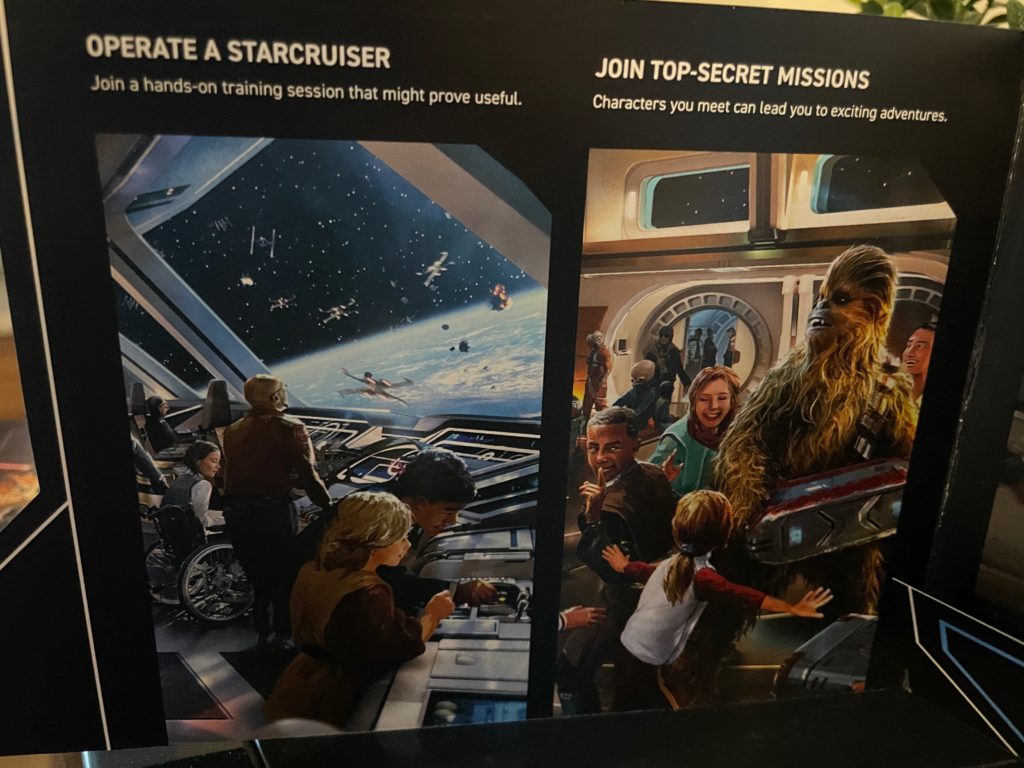 The mailer shows scenes that guests will experience onboard like lightsaber training, bridge training, and even a ride on Rise of the Resistance. 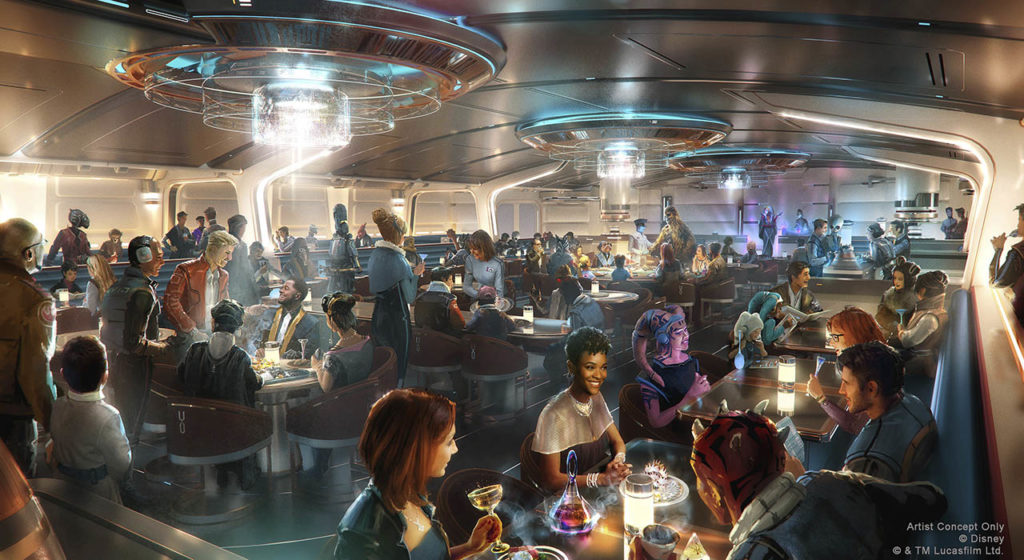 The mailer is of very high quality and had this piece of marketing landed in my hands prior to seeing the now-pulled video, I think I would have a very different take on if this experience will be worth the hefty price tag. But I’m more curious about your opinion and would love to hear your thoughts- leave a comment below with your thoughts!