Disney Channel’s Amphibia is getting a visit from RuPaul, known for hosting the popular RuPaul’s Drag Race TV competition, in an upcoming episode in their third season. 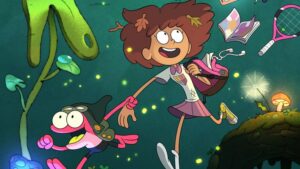 Amphibia follows Anne, a Thai-American teenager voiced by Brenda Song, who is transported to Amphibia and taken in by the Plantars family. 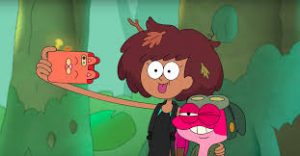 The third, and final season, of Amphibia has Anne returning to her home in Los Angeles alongside the Plantars, who have to adjust to living in the human world while trying to find a way back home.

However, rumors spread about talking frog people appearing in LA to which government official, Mr X., portrayed by RuPaul, investigates while showing off his proficiency with the Thai language. 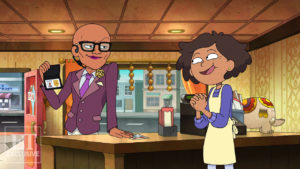 However, RuPaul won’t be the only celebrity guest star appearing in the show’s final season as it has been reported that both Whoopi Goldberg and Anika Noni Rose will be lending their voice talents also.

It is not known in what capacity the two will appear, or if they will be portraying a character or appearing as themselves given that the third season is set in Los Angeles.

Check out RuPaul appearing as Mr. X in a clip from the upcoming Amphibia episode below.

Amphibia will be airing the remaining 15 episodes of their final season on the Disney Channel weekly.

As always, stay tuned to MickeyBlog.com for the latest Disney news from across the globe.