Marvel’s What If..? Cosbabies Now Available to Pre-Order

New Marvel’s What If..? Cosbaby figures are now available to pre-order through shopDisney, including the fan-favorite Captain Carter and T’Challa Star-Lord.

The Disney+ series that explored alternate realities in the Marvel Universe has officially come to an end, and even with season 2 confirmed, we’re still hungry for more!

So while we anxiously await season 2 of Marvel’s What If, let’s take a look at the brand new cosbabies from the series!

What If brought us the absolute delight that was seeing Captain Carter come to fruition with her and Steve working together with the Hydra Stomper. 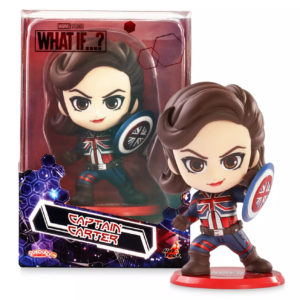 The cosbaby figure has Peggy in her Captain Carter suit, complete with sheild.

Seeing T’Challa take the mantle of Star-Lord was certainly interesting and showed a whole different route for the universe. 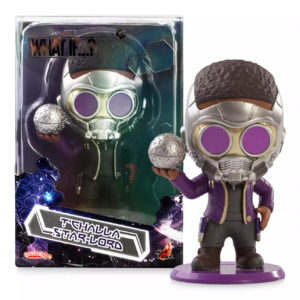 T’Challa Star-Lord can be seen in the Star-Lord helmet and a violet jacket.

Doctor Strange Supreme was by far one of the highlights of the Disney+ series, bringing the first dark tones to the then, lighthearted show. 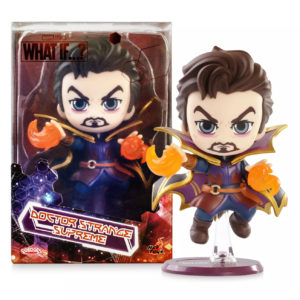 The figure comes has a special luminous effect on his attire and magic to bring another element of detail.

Get ready to defeat some zombies Spidey style with this design! 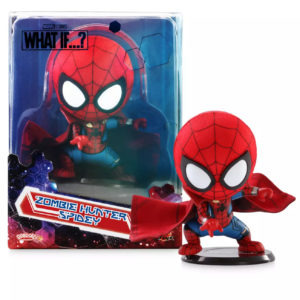 Zombie Hunter Spidey also comes with a fabric cape for added detail and depth to the figure.

Party Thor is the only one of the cosbaby What If line that comes with a backdrop, so you can have him partying around your whole house.

The Prince of Asgard also comes with a rotatable Mjölnir and is stationary on the base. 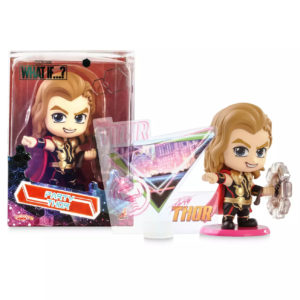 All of the designs are currently expected to ship November 19th, making them the perfect holiday gift for any Marvel fan in your life.

There is also a limit of 2 of each cosbaby per guest to allow more collectors the chance of getting ahold of one. 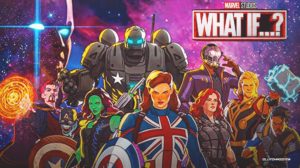 Will you be pre-ordering any of the Marvel’s What If cosbabies? Let us know your favorite in the comments below.