Now here’s something I wasn’t expecting Disney friends! According to some tweets and a post from the SF Gate that have been making the rounds, Captain America is making Halloween appearances at the Avengers Campus in Zombie form!

As you can see from the images below, the Captain is quite a terrifying character by Disney standards with a skeletal face and a uniform in tatters. But, did you know that there’s actually a good reason for his appearance? 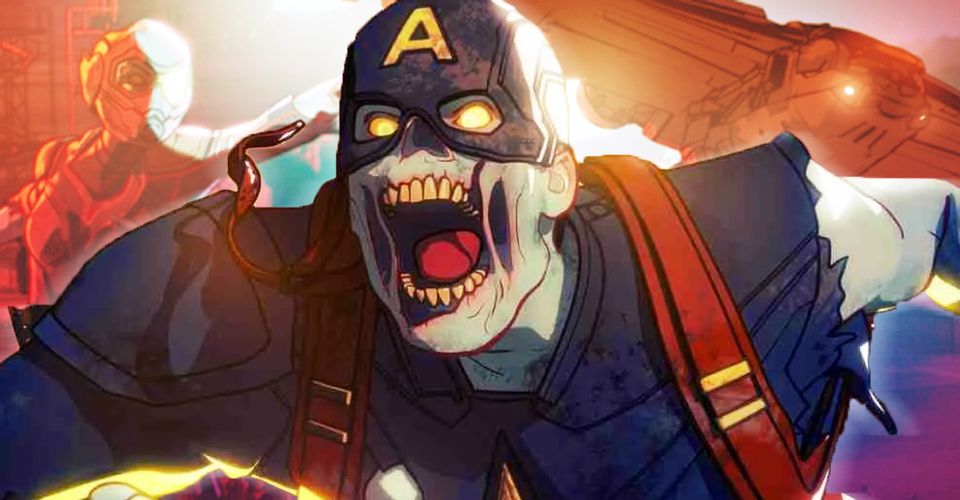 There’s a series on Disney+ called What If…? which reimagines Marvel characters in an alternate timeline. The zombie version of Captain America is one of the characters that appears in the series.  This is in keeping with previous statements from Disney executives that as the Marvel universe evolves so will the characters you see at the Avengers Campus in Disney California Adventure!

A great example of this is the character of Loki who evolved at the Avengers Campus in the same way he did on the Disney+ show.  You could see him in everything from his classic costume to prisoner garb to his “Loki for President” outfit depending upon what was happening in the series!

For a closer look at Zombie Captain check out these tweets below.

On your left, Zombie Captain America is on the loose #whatif #CaptainAmerica #marvel #disneyland pic.twitter.com/LoMUSjDiNG

Be sure to follow all of these awesome Disneyland adventurers who shared a first look of Zombie Captain for those of us on the East Coast!

So how are the crowds reacting to this new character? As the SF Gate tells us the feedback has been mixed.  On one hand adult guests really like the idea of Disney changing things up, especially since this would appear to be their first foray into doing something a little bit terrifying during Halloween. After all, this is something Universal Studios theme parks have been embracing for years with their Halloween Horror Nights.

However, others worry that this might not be totally appropriate for theme parks which gear their offerings more toward children and families.

The SF Gate tracked down a  Disneyland subreddit. where one guest said, “This is the last thing I think of when I think if Disney. Hate this.” The post continues, “Wish they just did a separate comic book and [Star Wars] land off property.”

Whether you give Zombie Captain America a big thumbs up or thumbs down, Disney is being somewhat cautious.  Zombie Capt. is being limited to a confined area of the Avengers Campus and because of social distancing requirements he’s cordoned off and not out mingling with the crowds.  In addition, you can only see him during the Oogie Boogie Bash which is a special ticketed Halloween event happening at Disney California Adventure.

The Boo Bash runs through Halloween and the event which runs on select evenings after the theme park is closed is already completely sold out.

What do you think about Zombie Captain America? Let us know in the comments  below!