We’re just a matter of days away from October, meaning there’s a whole new month of brand-new pins just waiting to be explored.

Disneyland Paris have just revealed their upcoming pin releases for the month of Halloween, so let’s go see what’s in store… 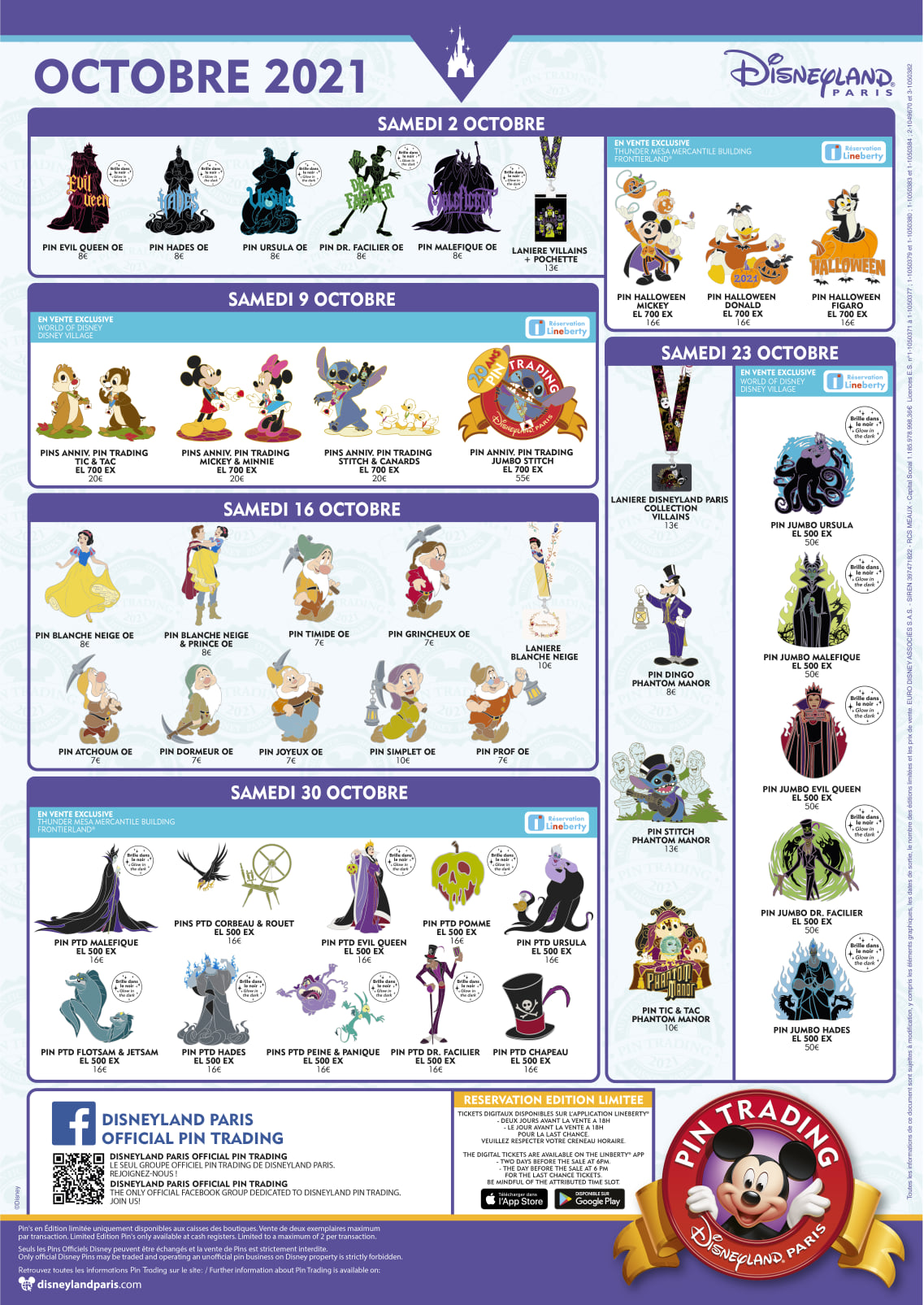 As we would expect, the pins for Halloween month are set to celebrate all things wicked. There’s plenty of pumpkins, villains and Halloween fun, as well as some classic characters and a nod to the spookiest of attractions at the resort…

The first set of Disneyland Paris pins for October 2021 will be released on October 2nd, and this collection is rotten to the core!

Five evil Disney Villains have dedicated pins on this day,  each one a menacing silhouette with their name boldly printed in a terrifying font. Hades, Ursula, Maleficent, Dr Facilier and the Evil Queen each have a pin. There’s even a Disney Villains lanyard to display them all on! 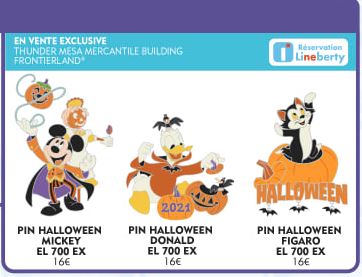 Also set to be released on 2nd are three absolutely adorable, pumpkin-perfect pins. Featuring Mickey, Donald and Figaro enjoying fall fun, these pins are perfect for the Halloween 2021 season.

These three are all set to be exclusively released, and will be available at Thunder Mesa Mercantile, located in Frontierland, in the Disneyland Park. As this release is expected to be popular, guests can make a reservation using the Lineberty app.

October 9th will also be an exciting day for pin releases, with four exclusive pins set to go on sale at World of Disney in the Disney Village. These pins have been released in celebration of the 20th anniversary of pin trading, with each pin featuring adorable characters trading with their pals.

Three of these releases are sets of two, featuring Chip and Dale, Mickey and Minnie, and Stitch with his gaggle of ducklings. There is also a Pin Trading Anniversary pin, also featuring Stitch. Each of these pin sets are limited to just 700, so book a Lineberty reservation to make sure you don’t miss out!

Snow White and the Seven Dwarfs will be celebrated on October 16th, with the release of nine classically-designed pins. Each dwarf has a pin, as well as Snow White and Prince Charming. There is also a beautiful lanyard going on sale too, to complete the set.

On October 23rd not one, but two fun pin collections are set to be released! The first includes three pins inspired by the Phantom Manor attraction, and features Chip & Dale, Stitch and Goofy.

Five exclusive Disney Villain pins will also go on exclusive sale at World of Disney in Disney Village on the 23rd, too. These wicked portraits of Hades, Maleficent, Dr Facilier, Ursuala and the Evil Queen are must-have pins for any Villains fan, and each pin even glows in the dark for that added sense of spookiness. 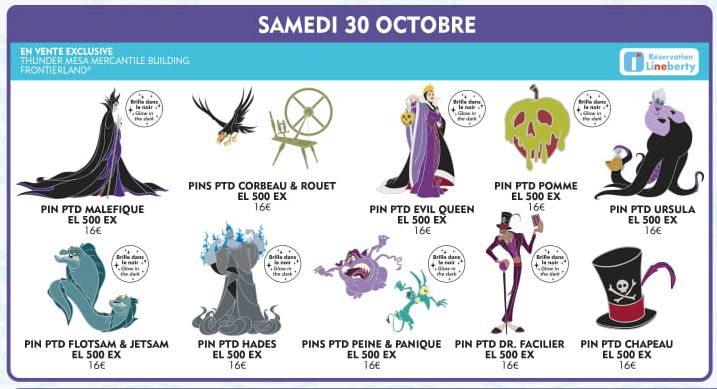 The last release of the month will land on October 30th. Also set for exclusive sale at Thunder Mesa Mercantile, this ten-pin collection once again features five Disney Villains, and their sidekicks.

Pain and Panic, Flotsam and Jetsam and even Diablo the raven are each represented on pins, alongside the Evil Queen’s treacherous poisoned apple.  These pins also glow in the dark for added intrigue, and would make great additions to your Halloween pin collections! 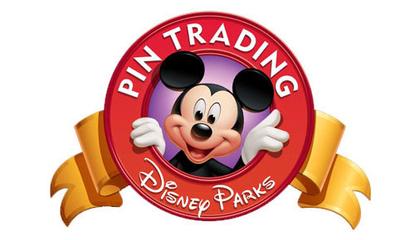 You can check out the Disneyland Paris pin releases for September here. Did you know that Pin Trading events have returned to Disneyland Paris, too? We can’t wait to hear when the next one will be, and look forward to pin hunting and trading for another month!