Everything We Just Learned from Bob Chapek

The company asked Bob Chapek, CEO of The Walt Disney Company, to answer questions during this presentation.

As usual, Chapek proved extremely forthcoming about the current status of Disney. Here’s everything we just learned from Bob Chapek about Disney.

The Current State of the Parks

A media analyst for Goldman Sachs asked Chapek for his opinion about the current state of Disney’s theme parks.

Obviously, the CEO of a company will never emphasize the bad parts or speak disparagingly about his products.

I mean, I once watched Steve Jobs talk about the groundbreaking nature of the…Apple Newton.

Still, Chapek pointed out something significant about the pandemic. With the parks closed, Disney gained an unprecedented opportunity.

Everyone could stop for a moment and take a breath, evaluating the strengths and weaknesses of the current products.

As the former head of Disney’s vaunted theme park empire, Chapek appreciated this opportunity more than most.

So, under his leadership, Disney capitalized on this chance to reboot, modify, and eliminate various parts of the parks that had lost their luster.

Chapek describes Disney’s pandemic strategy as: “We can really reconceive our whole park experience in terms of maximizing the guest experience.”

That’s what happened. Disney somehow turned a negative into a positive, taking this time to renovate various attractions and even some resorts.

Rides like Jungle Cruise gained facelifts to modernize them. Others like the Tomorrowland Transit Authority PeopleMover strengthened their infrastructure. 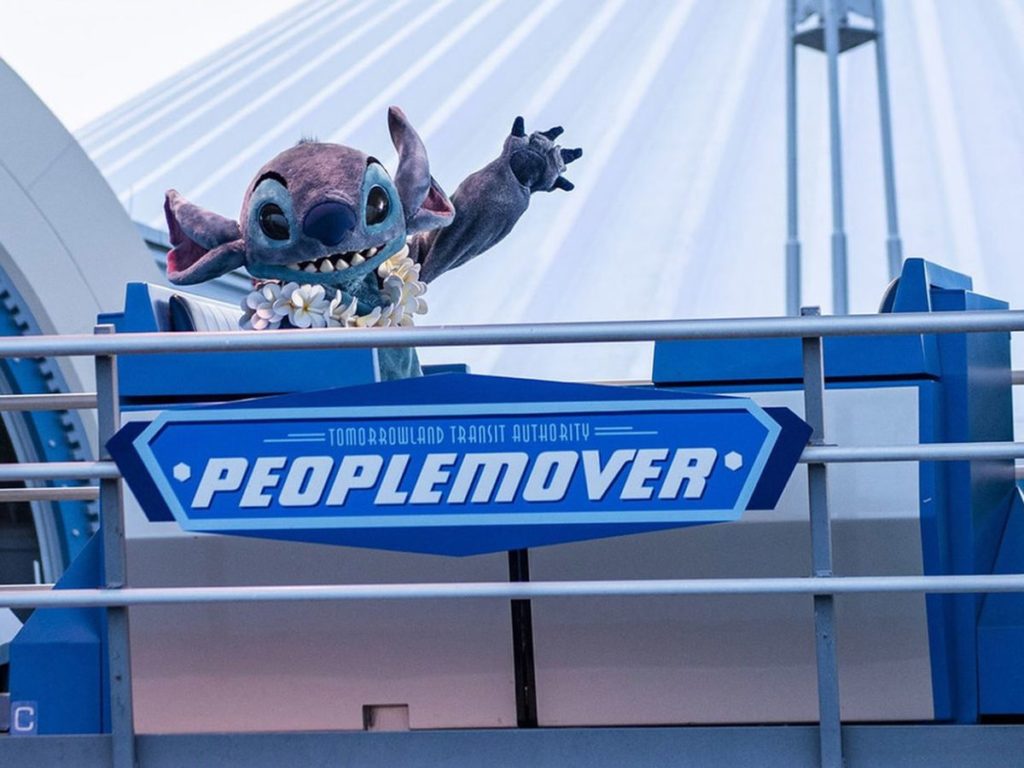 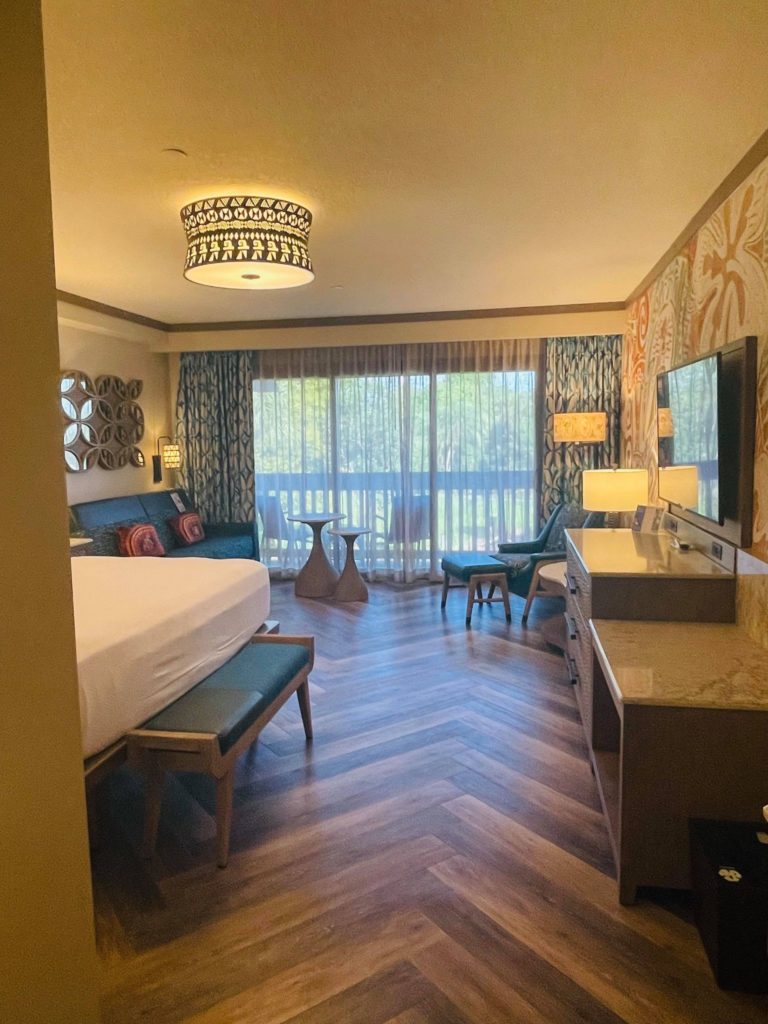 Even Disney’s All-Star Music Resort renovated its lobby to enhance the customer experience.

The interviewer asked for details about Disney’s attendance and demand during the pandemic and what it’ll look like as we move forward beyond the pandemic. 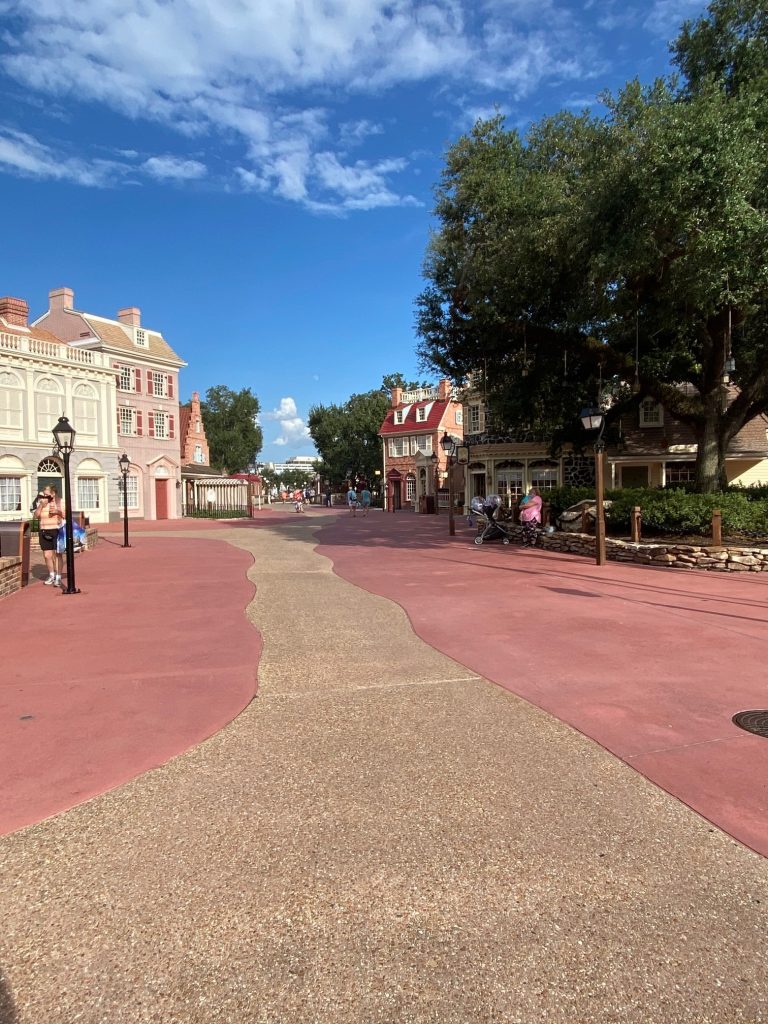 Chapek acknowledged that he may have taken his victory lap a bit too soon. During Disney’s most recent earnings report, the CEO noted the lack of impact from Delta.

Well, Delta definitely had an impact immediately afterward. Chapek suggests that the parks experienced a downturn in attendance until Labor Day fixed all.

As usual, a holiday weekend meant greater attendance at the various theme parks, something we tracked in the weekly wait times article.

Without any pressing, Chapek volunteered that the return to face-covering policies went off without a hitch. 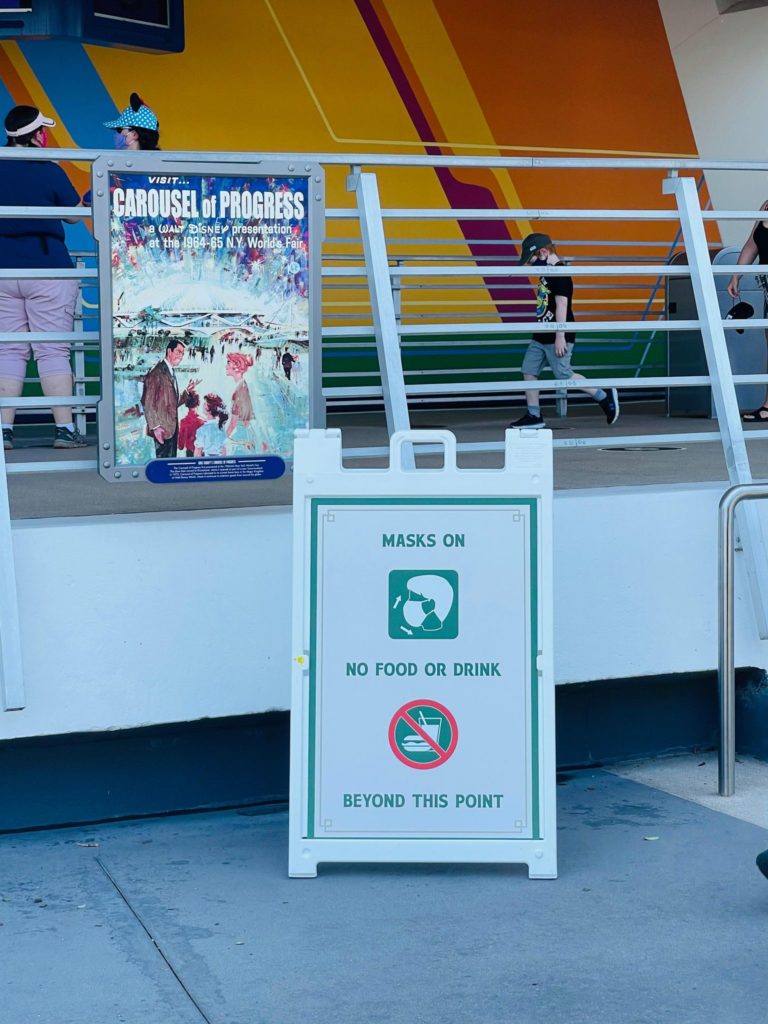 According to the CEO, “Our guests have been extraordinarily agreeable and compliant, I guess, to the health and safety measures that we’ve sort of led the way with.”

He added that nobody pushed back on the restoration of these policies. I’m sure some cast members would tell a different story, but he’s right in the general sense. 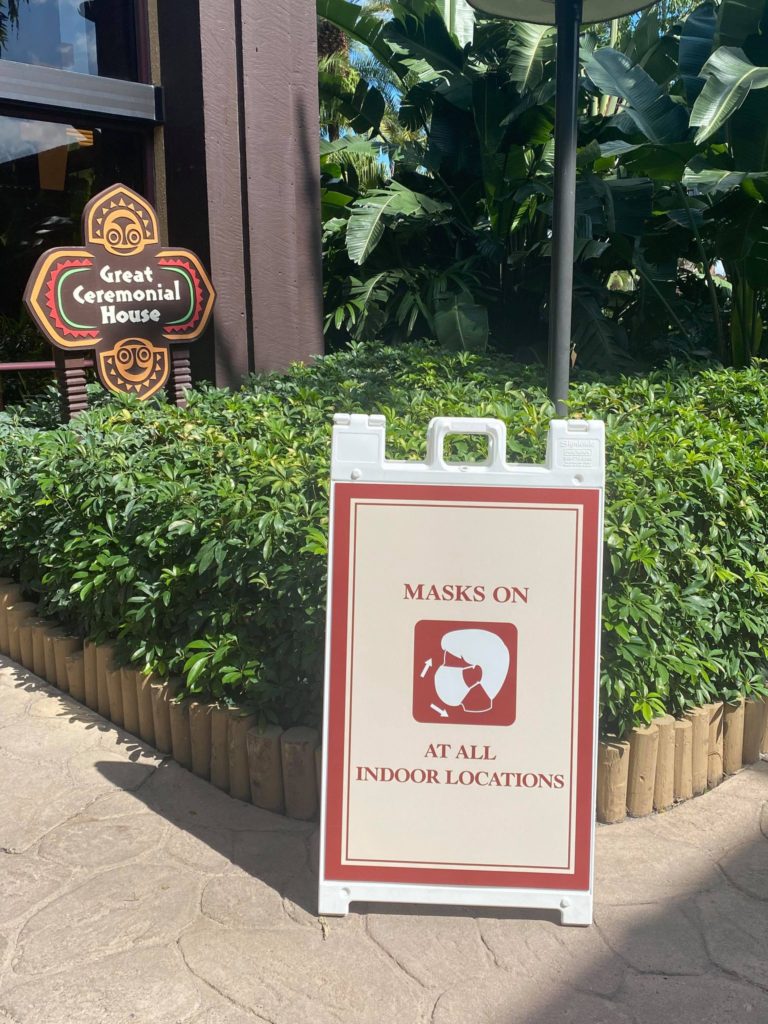 Overall, Disney has led by example, and the overwhelming majority of customers have respected the modified park rules.

An excellent addition to this conversation is the “symbiosis” between park guests and Disney employees.

He notes that the two groups have developed a deeper trust during the pandemic, which is a point I hadn’t considered.

Here’s one other lovely sentiment:

“I think that’s what Disney does. It brings people together regardless of how different points of view that they may have. It’s a place where everyone can agree.” 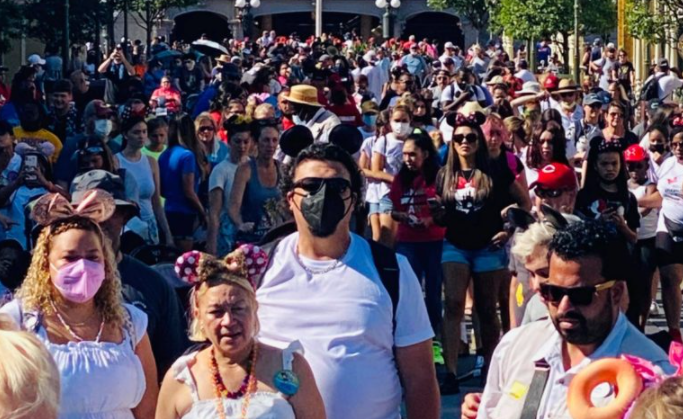 When pressed further on Delta, Chapek mentions that hotel and theme park reservations for the fourth quarter are much higher. 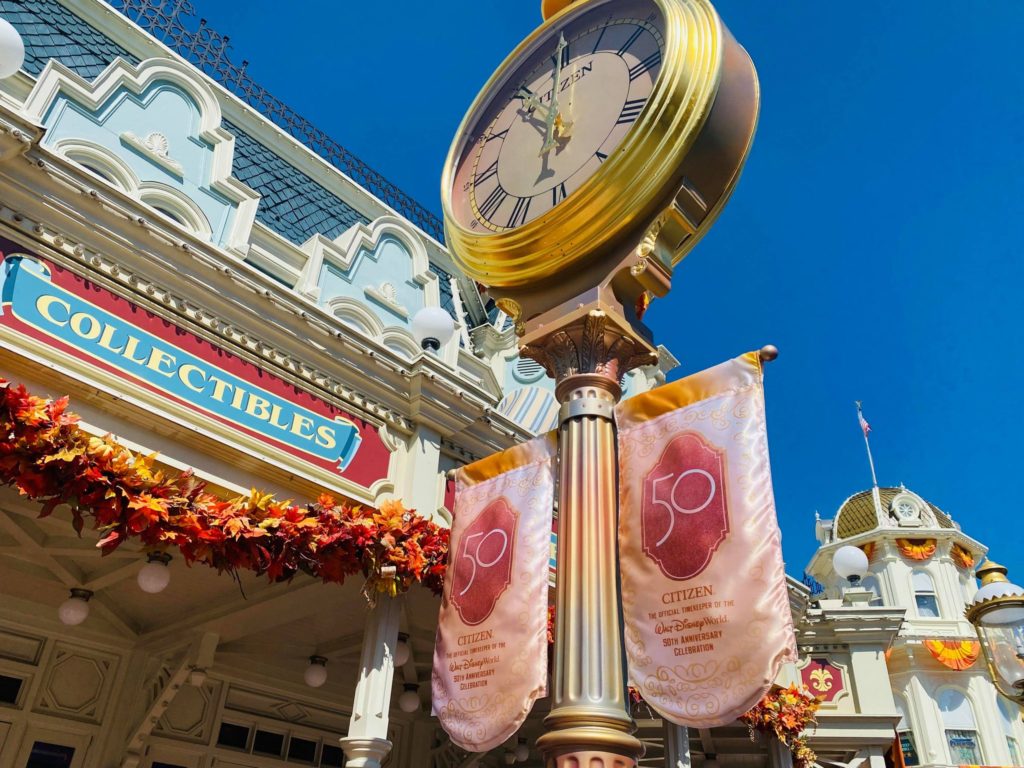 In fact, he even throws in that Disney Cruise Line has more booked cruises for the second half of 2022 than the first half.

So, Disney looks just as good a year from now as it does during the upcoming October busy season in Orlando. 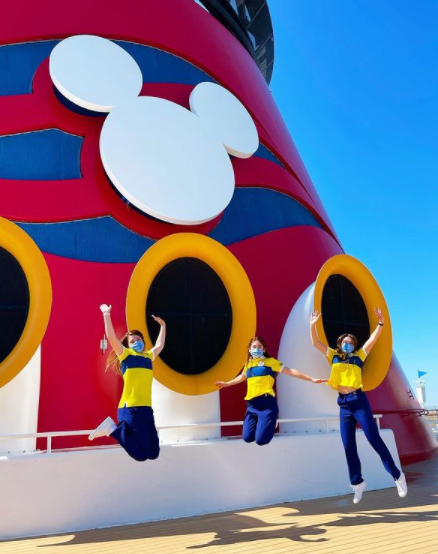 Of course, Goldman Sachs cares about earnings more than customer satisfaction. As such, Chapek answered a question about increasing park revenue.

The CEO pointed to the impending arrival of Disney Genie and the Park Pass system as a way to make more money at the parks.

Here’s the money quote: “(We can) ensure that we have the right mix of guests in the park and control the demand in ways that frankly we’ve never been able to do.”

How will Disney Genie and Park Passes do that?

“Genie that’s going to improve everyone’s visit to our parks and ensure that they minimize wait times and maximize the fun, if you will.”

This circles back to the point I made when Disney announced the new virtual assistant. The free version provides nothing but positives for park guests. 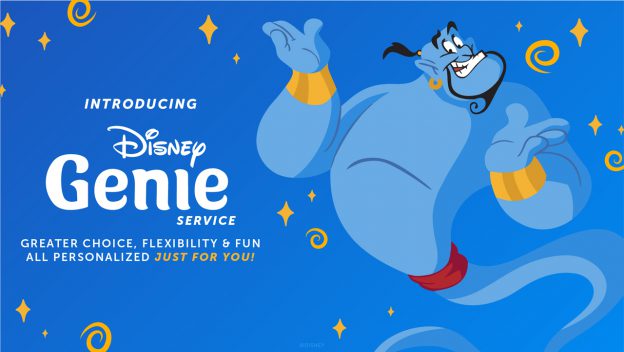 We’ll experience the parks more efficiently than ever, allowing us to do more in less time.

Meanwhile, Disney can cycle more guests through its money making ventures like restaurants, bars, and stores. So you’ll have more free time to eat, drink, and shop! 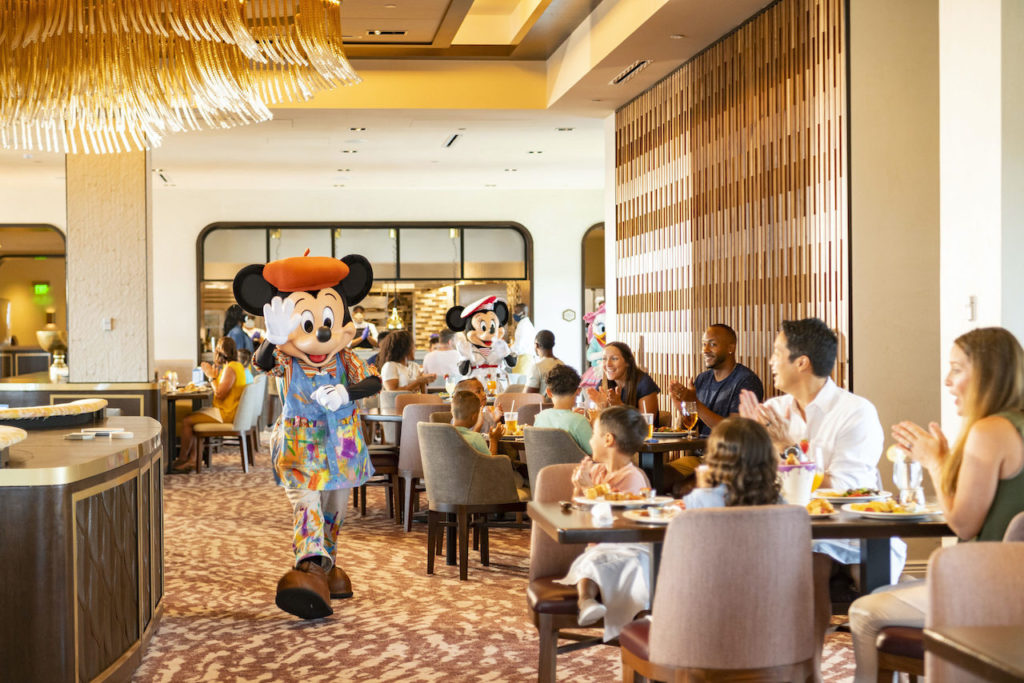 In other words, don’t expect Park Passes to go away while Chapek’s in charge. Instead, he views them as revenue generators.

You’re here for the theme park updates, and I realize this. However, Disney’s streaming success directly correlates to the company’s bottom line.

So, you need to keep up with Disney’s streaming businesses to know how much extra cash the company gets to spend at the parks.

Chapek indicated that the next quarterly earnings report won’t show much subscriber growth for Disney+. The reason why is fascinating.

Disney counts Star+ subscribers toward its global Disney+ subscriber count. So it’s the same service to them, only in India.

Well, Star+ debuted about a year ago, and Disney failed to include a mechanic for auto-renewal.

In other words, every subscriber who pays annually is about to drop their Disney+ service, whether they want to lose it or not.

Disney must entice them to resubscribe, which many probably will…and not just for Disney programming.

The Indian Premier League cricket season is about to begin. It’s arguably the subcontinent’s most popular sport.

So, Disney should get those customers back. Unfortunately, it’ll just take a while, which explains why Chapek expects stagnant streaming numbers for the quarter. 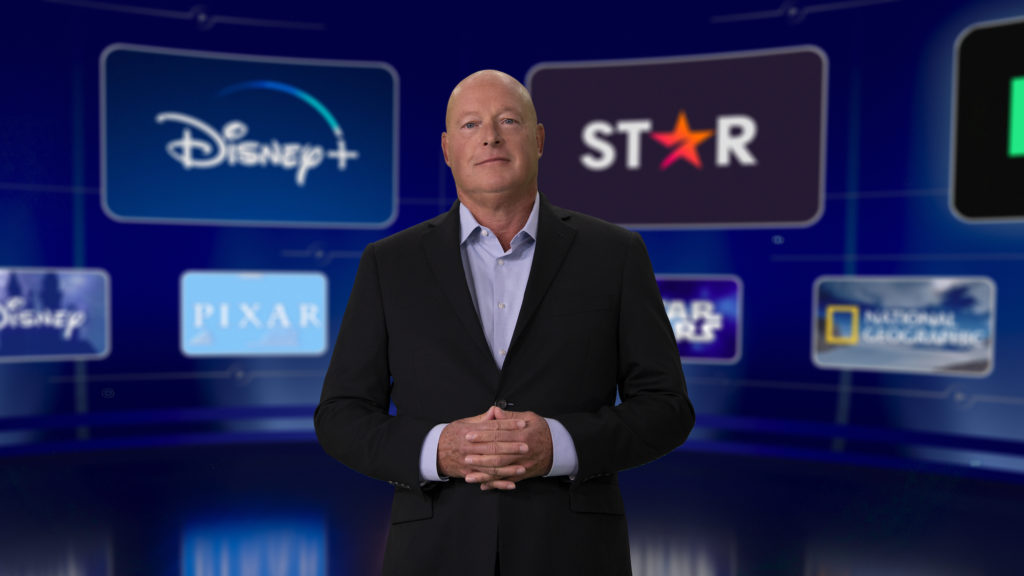 Overall, Disney’s streaming services are pacing to surpass Netflix’s overall subscriber base over the next two years.

As long as that happens, the parks will overflow with improvements and expansions!