Loki Will Appear in ‘Ms. Marvel’ and Here’s How We Know

Not much news has come out about the upcoming Ms. Marvel Disney+ series that is debuting this fall, but we have a sneaky suspicion that the God of Mischief himself, Loki, will be making an appearance.

Now before you think we’re crazy, here’s exactly why we think Tom Hiddleston will be appearing alongside Iman Vellani in the show. 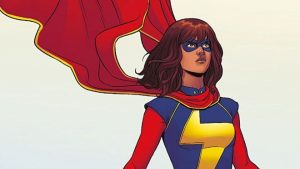 Loki’s Future in the MCU

Before the premiere of Loki on Disney+, the future of the character and Tom Hiddleston’s place in the Marvel Cinematic Universe was unknown after the completion of the series. 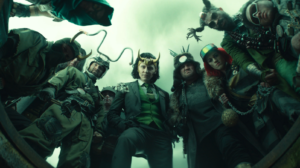 However, now the series has wrapped and a second season has been confirmed, Marvel has let his involvement in one other project slip: Doctor Strange in the Multiverse of Madness.

Aside from his appearance in the film, we don’t know a whole lot else, but it is safe to say that Loki doesn’t appear to be leaving the MCU any time soon. 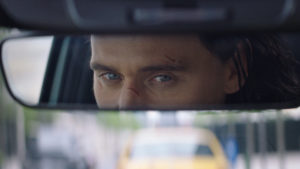 Ms. Marvel: Beyond the Limit

Now, this is where the bulk of our theory comes from, so buckle in.

A tie-in comic is being released alongside the Disney+ series titled Ms. Marvel: Beyond the Limit, which won’t follow the exact same plot but will “thematically tie-in”. 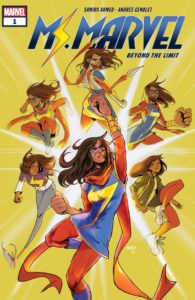 When talking about the comic, Samira Ahmed, author of the five-issue series stated:

There are gonna be some familiar faces and fan favorites

Now just stating there will be familiar faces and fan favorites does not automatically mean that they will be Loki, Kamala herself (and most of the world) is a huge fan of all of the Avengers so it could really be anyone. 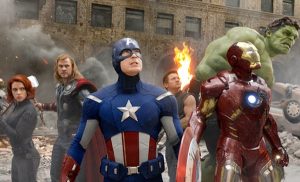 In fact, Kamala is a huge Captain Marvel fan, and given her appearance alongside Carol Danvers in the Captain Marvel sequel, The Marvels, it wouldn’t be crazy to think that it will be Carol showing up.

However, upon further reading about Ms. Marvel: Beyond the Limit, we came across this blurb…

This new Ms. Marvel series will follow Kamala Khan to Bollywood as she deals with her superpowers malfunctioning AND a surprise doppelganger. 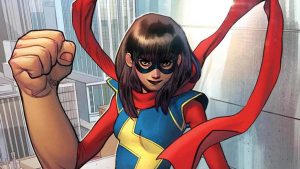 Now, just for fun, let’s look at the dictionary definition of the word doppelganger, shall we?

Doppelganger: an apparition or double of a living person.

Now I don’t know about you, but doesn’t that also sound like the definition of a variant? 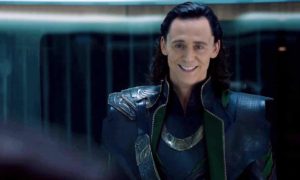 But wait, there’s more! Further digging into Ms. Marvel: Beyond the Limit had us find this alternate cover for the first issue in the series that shows a certain someone alongside Khan, causing mischief.

Now, of course, this does not confirm his appearance in the Disney+ series, however, it is a pretty big indicator that he will likely show up at some point. 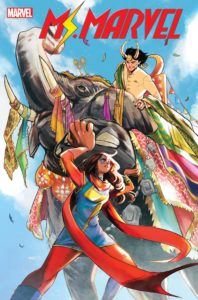 He could just be mentioned in passing in the show, given that the comic is not a direct copy buuuuut we all know Hiddleston loves playing the character of Loki and will jump at any chance to bring him to life on the screen.

Are you convinced that Loki will be making an appearance in Disney+’s Ms. Marvel series? Let us know in the comments below.