Another addition has been added to the Big Feet plush collection, this time in the form of everyone’s favorite Wookie, Chewbacca. 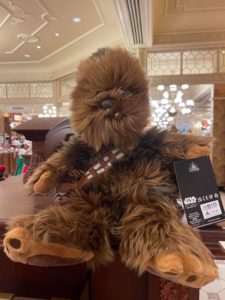 The plush was seen by fans at the Emporium at Magic Kingdom, with the adorable furball being seen as the newest addition to the Big Plush selection at the store. 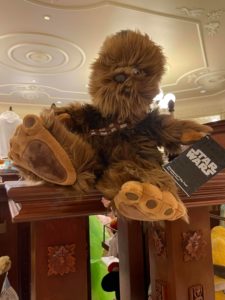 Chewbacca is one of Star Wars’ most iconic characters and has become one of Disney’s most beloved and marketable characters, with an abundance of merchandise coming to fans after the company acquisition of Lucasfilm in 2012. 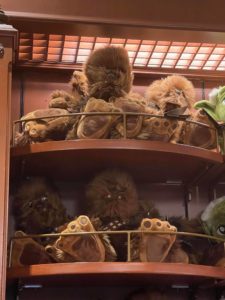 The beloved Wookie first debut in the original Star Wars film, later titled A New Hope, back in 1974; becoming one of the film series’ most easily recognizable characters, and one of film history’s widely known creatures. 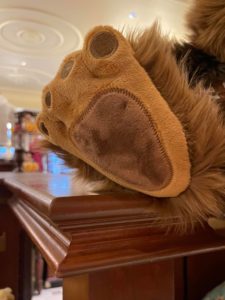 The partner in crime to the bounty hunter Han Solo, Chewbecca appeared in the subsequent sequel to 1974’s A New Hope in the form of Star Wars: Empire Strikes Back. 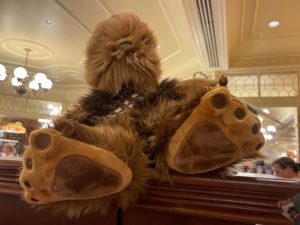 Appearing in the finale of the original trilogy, Return of the Jedi, and returning to the Star Wars universe in the second of the prequel films, Attack of the Clones, until returning for his origin story in 2018’s Solo: A Star Wars Story. 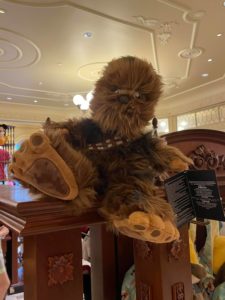 His furry appearance endeared Chewbacca to generations of Star Wars fans, with nearly five decades of existence proving the growling hero to be beloved by multiple generations of fans. 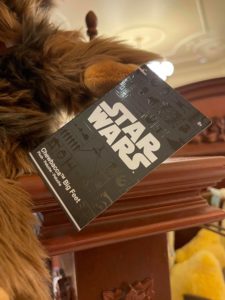 The Chewbacca Big Feet plus is the perfect addition to any Star Wars collection and will be an amazing gift for the Chewbacca lover in your life.

Other entries in the Big Feet plush line include Sven from Frozen, Stitch, and Disney Parks icon Figment.

Fans can pick up the newest Chewbacca plush at the Emporium, or online at shopDisney.