Life’s a ballpark when wearing the brand new Casey’s Corner dress that arrived at Uptown Jewelers inside Magic Kingdom this morning!

Disney seemingly decided to release the Casey’s Corner dress while we’re all still riding the hot dog high from the reopening of the beloved hotdog place. 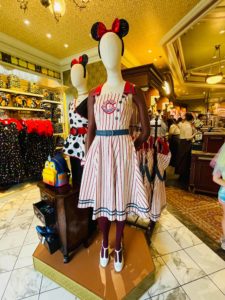 As you can see, the dress is designed to emulate the costume that cast member’s wear while working. 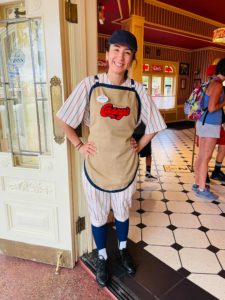 The dress does take more inspiration from the red and white stripes from the costume as opposed to the apron, and four buttons can be seen in a slight diagonal on the left side of the dress. 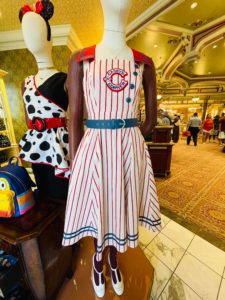 The buttons come in a blue that is also seen on the belt and on the hem of the dress, to bring some darker colors to the pallete and also to mimic the deep blues seen across the apron and hat worn by cast. 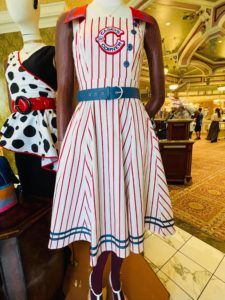 The straps connecting from the collared part of the neck go into a halter design at the back. 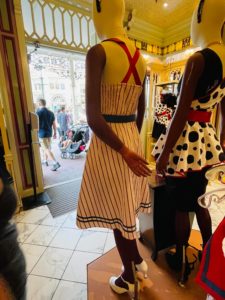 It looks as though there are multiple buttonholes to help adjust the straps depending on how you need to wear them. 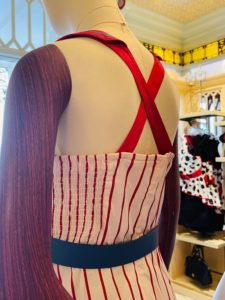 The center of the dress shows the Casey’s Corner logo with a baseball with the year 1888 inside. 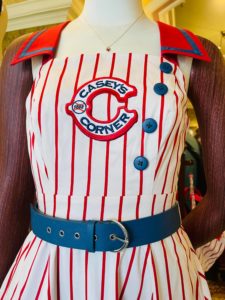 The year 1888 comes from the poem “Casey at the Bat” which was published in that year, that inspired the name of the Casey’s Corner. 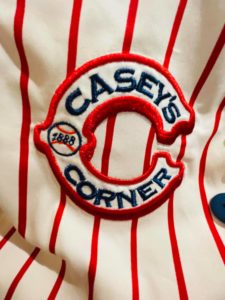 Not only this, but Disney even released a cartoon under the same name in 1946 that is sometimes shown in the restaurant, although this isn’t seen often.

All we can say is that this design is a home run! Will you be purchasing the Casey’s Corner dress? Let us know in the comments below!