New innovated images of the world of “Iwájú” show the Wakanda-esque landscape of a modern and innovative society. Set to debut in 2023, the highly-original Disney+ show is the first to unite pan-African entertainment company Kugali and Walt Disney Animation Studios. 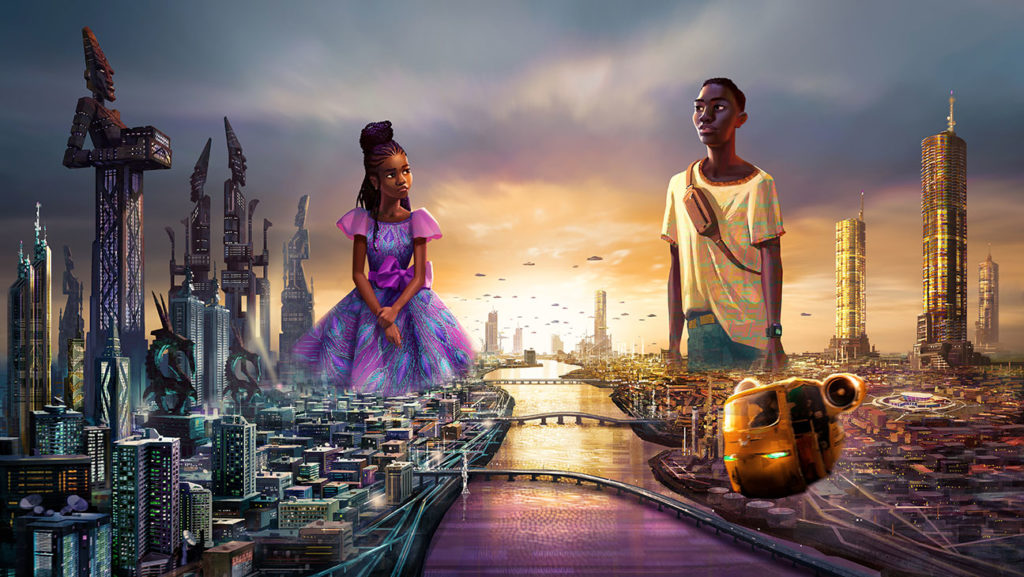 Iwájú, which loosely translates to “freedom” in the West African language of Yoruba, depicts a futuristic Lago, Nigeria.

“This is a true collaboration. It’s not Disney in some ways pushing our vision onto Kugali. It is a collaboration in that both companies are getting something out of it and supporting each other,” said Jennifer Lee, the chief creative officer of Walt Disney Animation Studios, in a statement published by Variety. 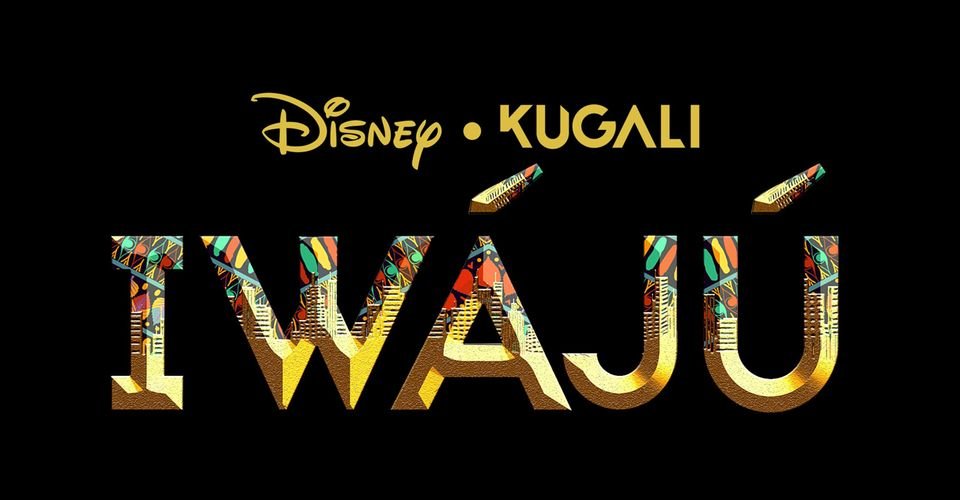 The images depict a mega-city that uses a lagoon to divide the population into an upper-class island and crowded, populated mainland. Flying cards and citizens strolling in augmented reality glasses define the technologically-advanced culture.

Announced during Investor Days last year, the show aims to address real-life themes within its unique artwork. With the towers soaring above the population below, the show’s creators revealed that the plot will center on inequalities true to everyday life today in Nigeria.

“That physical separation…means that we have a very unique set-up for storytelling already built into the DNA of the real-life Lagos,” said Tolu Olowofoyeku, the Kugali co-founder and “Iwájú” cultural consultant in the Variety article.

A Futuristic Work Meant to Motivate

Other details remain slim regarding the plot of the series, but creators did say that the show hopes to inspire others to work to build a more positive society. 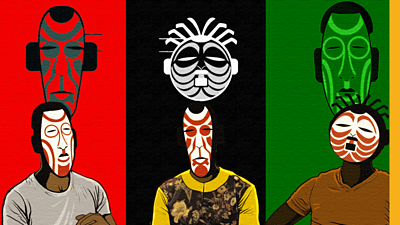 Kugali often works to combine tradition African art with influences from both Eastern and Western art. They also tend to use a comic-book style in their work.

“We realized that what the community needed wasn’t someone to talk about the content and put it on the map. They needed someone to actually create the content,” Nelson said in a statement published by Yahoo!. The two first began a podcast that talked about video games, comics, and animation emerging from throughtout Africa.

Disney Animation returns to @AnnecyFestival with the world premiere of our new theatrical short “Far From the Tree.” We’ll also share a sneak peek at the animated series “Iwájú,” a first-of-its-kind collaboration with Disney Animation and @KugaliMedia & a screening of “Us Again.” pic.twitter.com/DEyKsCDlWw

Now, they are part of Walt Disney Studios continuing efforts to diversify their programming and films.

“There’s so much more we can do in storytelling if we diversify our storytellers,” Lee said at the Annecy festival.

Keep checking back to MickeyBlog for more details on “Iwájú” as they emerge.