Dick Van Dyke was honored at the 43rd annual national celebration of the arts at the Kennedy Center. He was introduced by his longtime friend, Julie Andrews.

After receiving the honor, Dick reflected on his career. “All those numbers reminded me of how much fun I had over the years. I wasn’t working for a living – they were paying me to play!”

Dick is enthusiastic about the accolades. He went on to say, “I got to meet the president in the Oval Office. When I walked in, he genuflected. He went down on his knees in front of me.” 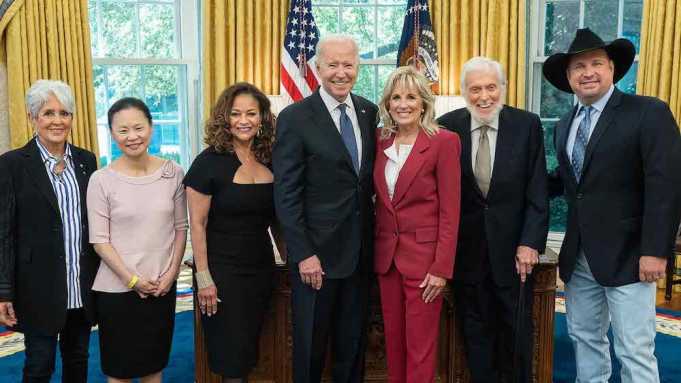 As part of the celebration, Julie Andrews was asked to talk about her Mary Poppins costar’s impressive career.

Julie wore her own Kennedy Center Honors rainbow ribbon in her pre-recorded tribute, which she earned back in 2001. Then she shared memories of her “Mary Poppins costar’s impressive career.

I think Dick is as magical as [Mary Poppins] is. Like his character, Bert, in that movie, Dick seems to have found the secret to happiness. And, like Bert, Dick is many things.

He’s an artist, a one-man band, a profound philosopher, a high-stepping showman and spreader of charm. And there’s a secret — good luck does rub off when he shakes hands with you.”

Julie once recalled to Vanity Fair that she met Dick during dance rehearsals and “hit it off” with him immediately. 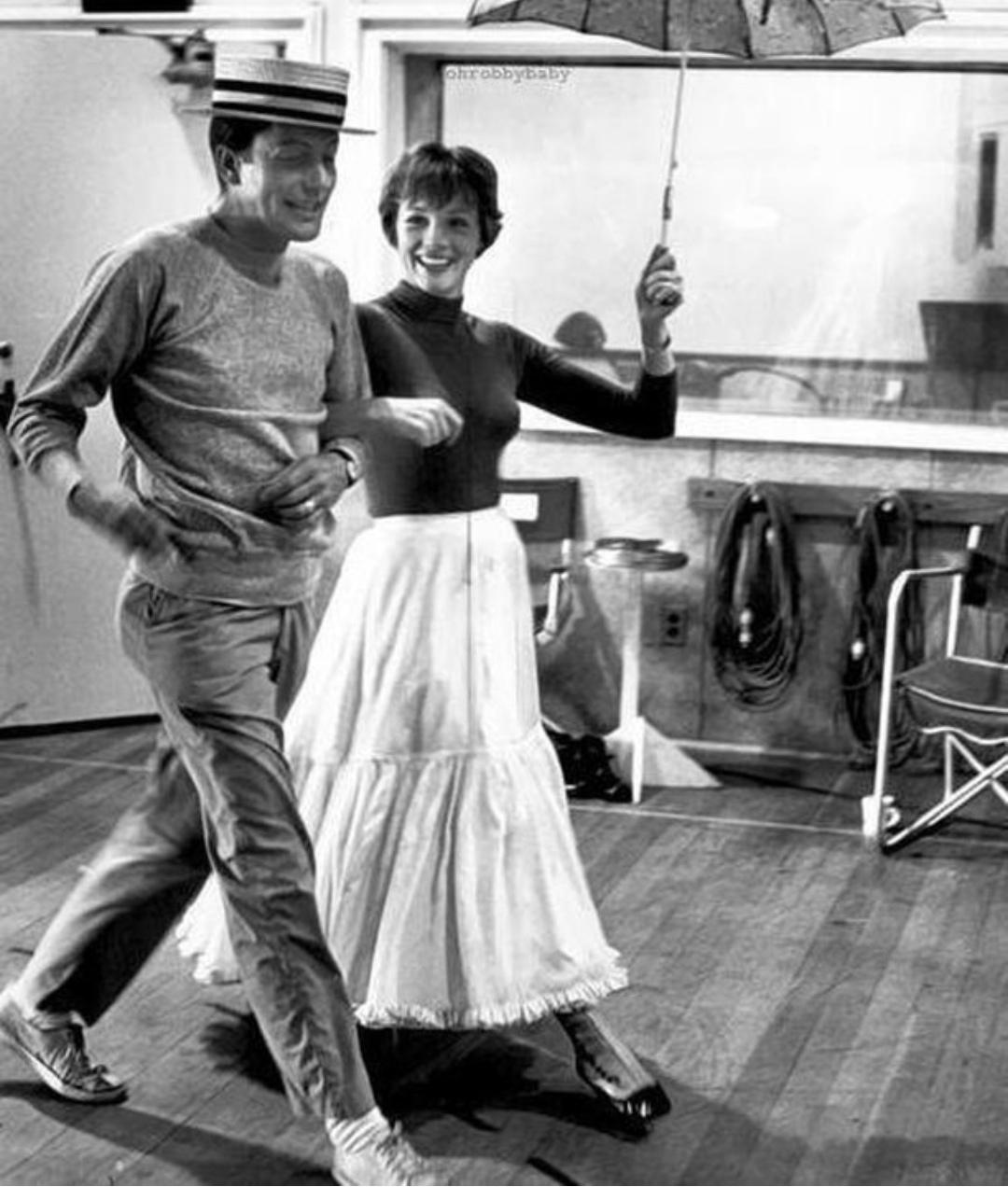 “He was dazzlingly inventive, always in a sunny mood, and he often made me roar with laughter at his antics,” Julie recalled to the publication. “For instance, when we began work on the ‘Jolly Holiday’ sequence, the first step we learned was the iconic walk, arm-in-arm, our legs kicking up ahead of us as we traveled. I performed Mary Poppins’s demure, ladylike version of the step — but Dick flung his long legs up so high that I burst out laughing. To this day, he can still execute that step.” 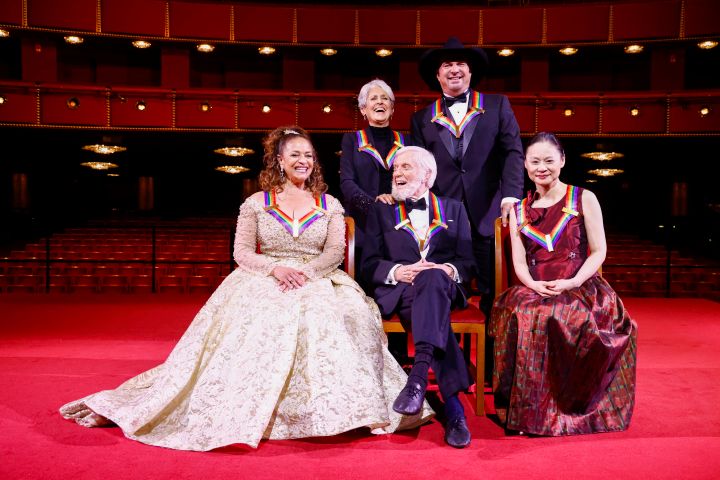 "I first encountered #DickVanDyke in 1963, when he walked into Merlin's Magic Shop at Disneyland where I worked. I remember thinking, 'Steve! This has to be the luckiest day of Dick's life!"—@SteveMartinToGo

From his Twitter account, Steve Martin says, “When I was 17, Dick Van Dyke and his family walked into the magic shop where I worked at Disneyland. I was awe-struck then and awe-struck now that I was able to deliver his voice-over narrative for his bio at the Kennedy Center Honors.

And it turns out Dick Van Dyke was pretty impressed by the dance tribute from Derek Hough!

From one Bert to another

Lin-Manuel Miranda is gushing, too: 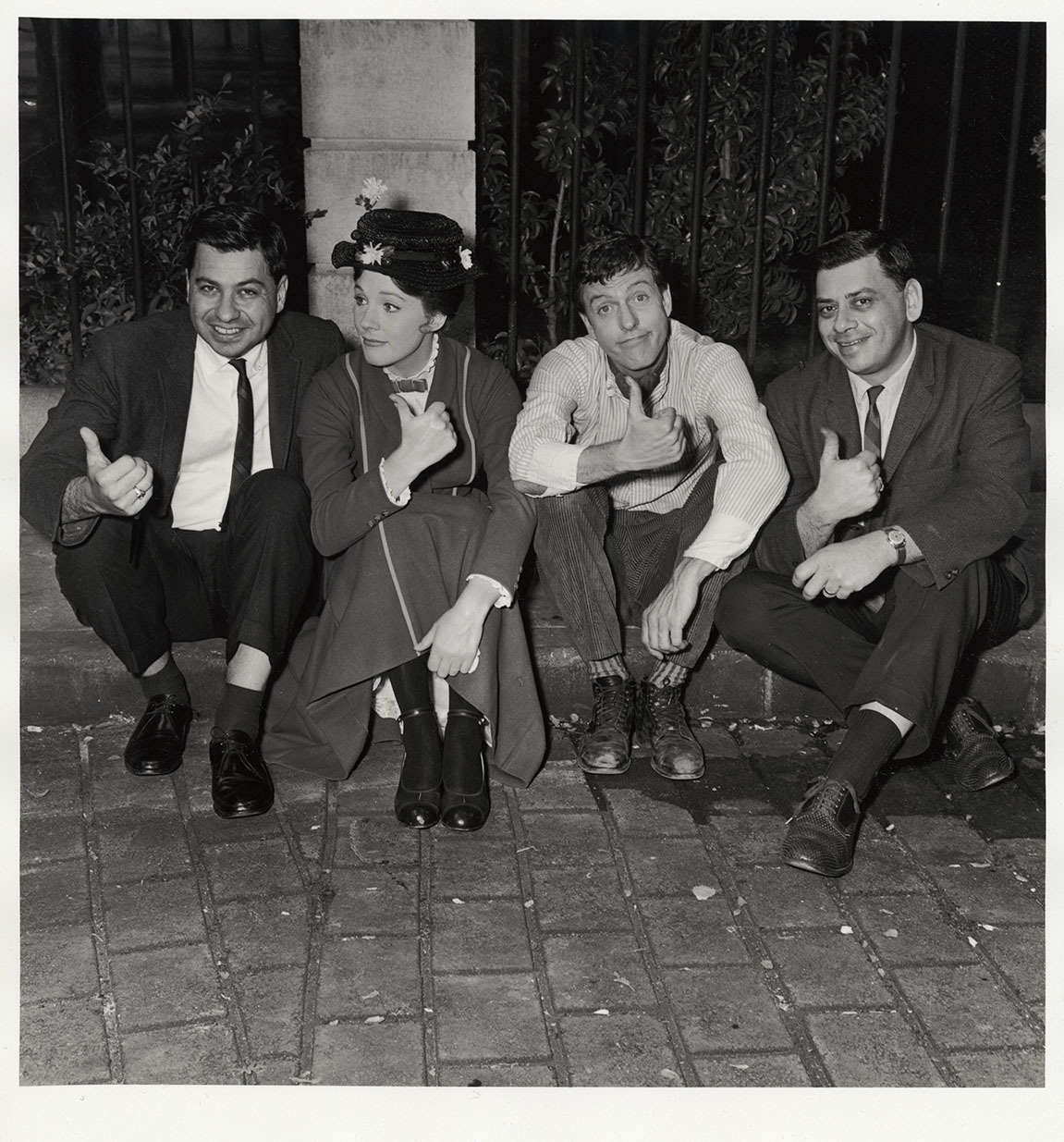 Richard and Robert Sherman alongside Julie Andrews and Dick Van Dyke during the filming of Mary Poppins in 1964.

Ready for a Disney vacation? Then work with an authorized Disney vacation planner! Fill out the form below or send an email to jbannon@mickeytravels.com for a FREE, no-obligation quote to book your Disney vacation. As an agent with MickeyTravels (a Platinum Earmarked Agency), I will be on hand to help you with everything from finding your perfect package and I offer rate monitoring to ensure you are receiving the best rate available from Disney! I work with all Disney destinations and destinations outside of Disney. Best of all, my services are absolutely FREE. Get in touch via jbannon@mickeytravels.com or follow me on Facebook, Instagram or Tiktok.