A new Walt Disney World commercial celebrating the theme park’s 50th anniversary just aired on Disney Parks Blog and it’s simply magical! We watched it a couple of times already and can’t contain our excitement for what will certainly be a magical celebration!

The commercial begins with a closeup of the clock on Cinderella Castle reading 11:59. Viewers then see what appears to be an old room filled with file cabinets and remnants from Walt Disney World’s iconic history.

Cinderella’s slipper, Peter Pan’s hat, the Enchanted Rose from Beauty and the Beast, and “variety of artifacts from beloved Disney stories, characters and attractions” are clearly visible in this room. Most prominent, however, is Mickey’s sorcerer hat lying on top of a file cabinet.

We then get a closeup of the file cabinet labeled “50th Magic” and subsequently see the clock strike 12:00. As soon as that happens, the file cabinet bursts open and a swarm of pixie dust comes flying out!

The pixie dust goes from high atop Cinderella Castle and then up Main Street U.S.A. toward the front of Magic Kingdom. The sequence then shows a Cast Member hanging a “The World’s Most Magical Celebration” flag with a 50 on it outside the entrance of Epcot near Spaceship Earth.

We then see a family and thrilled young children run to a window as the pixie dust swooshes by. The Tree of Life in Animal Kingdom is then lit up by the pixie dust much to the surprise of onlooking giraffes. You can hear a beautiful instrumental of “A Whole New World” during this sequence. 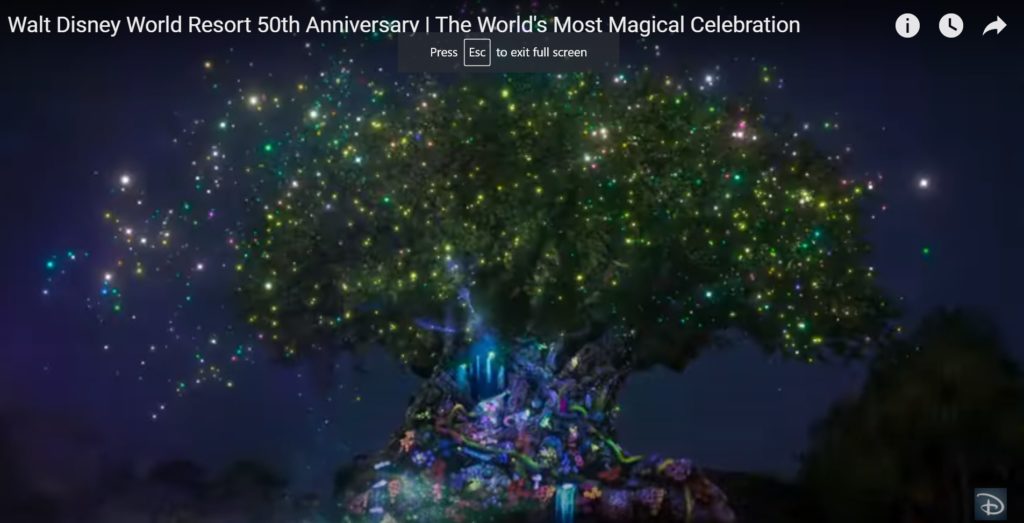 Children and grandparents are then seen looking up to the sky to watch the lights color Hollywood Tower Hotel. We then see two women watching a beaming light shooting into the sky, presumably from one of Walt Disney World’s EARidescent landmarks.
Main Street U.S.A. is magically aglow and Cinderella Castle blanketed in heavenly lights. 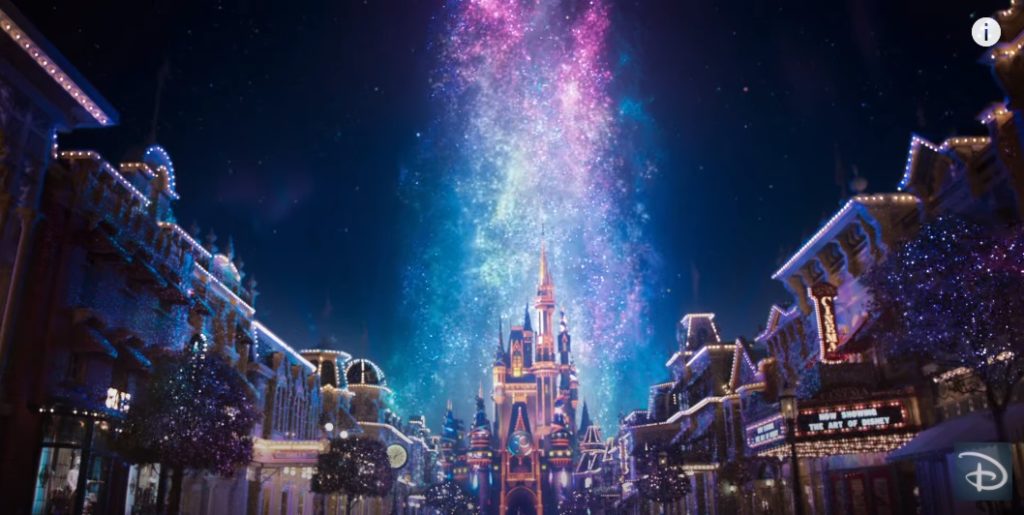 This all leads to a scene with a very impressed Mickey Mouse giving Minnie a look like, “Can you believe what we’re seeing right now?” Lastly, we hear a voice say, The magic is calling you…to the Walt Disney World 50th annivesary celbration.”
The 50th anniversary celebration for Walt Disney World begins on October 1, 2021 and runs for 18 months – though March of 2023! This is a perfect time to plan your Disney vacation! 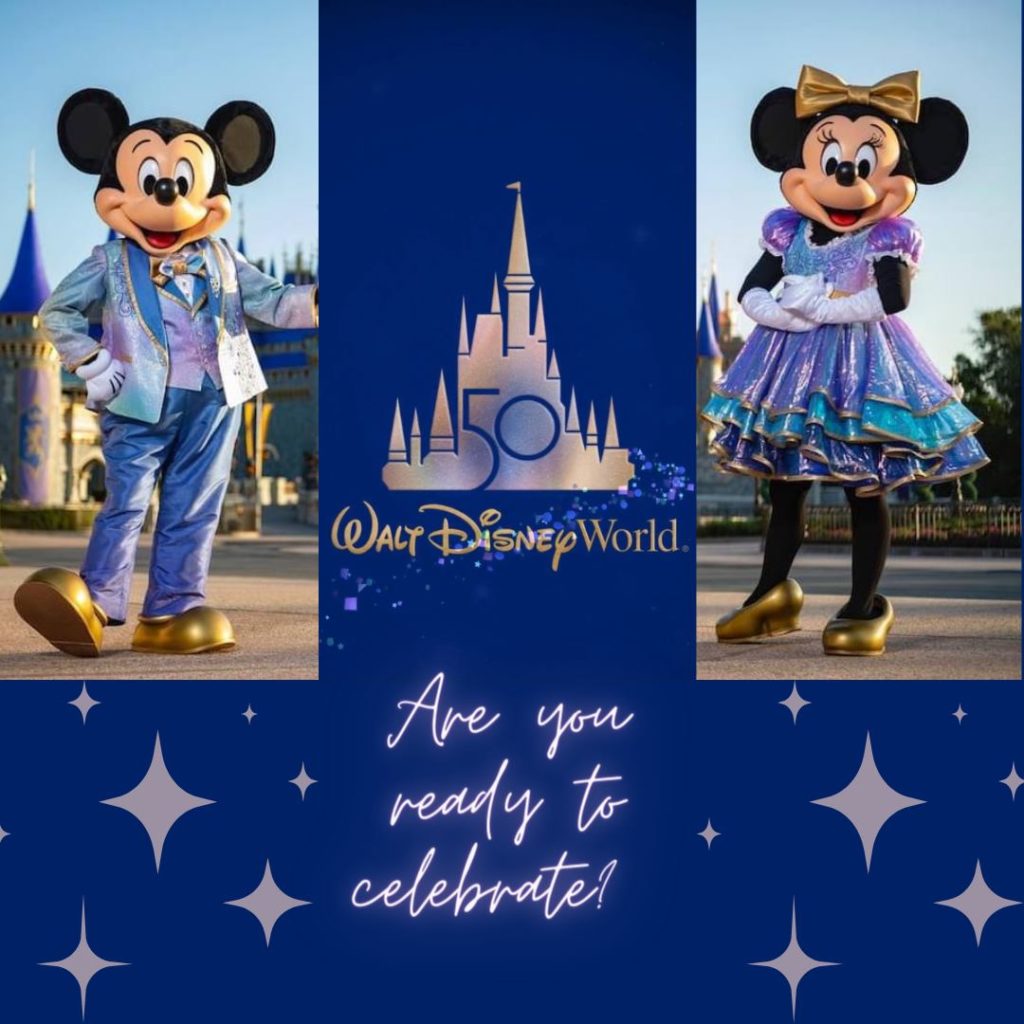