Imagineers will introduce elements from The Princess and the Frog to the ride, replacing the lingering remnants of the disgraced Song of the South. 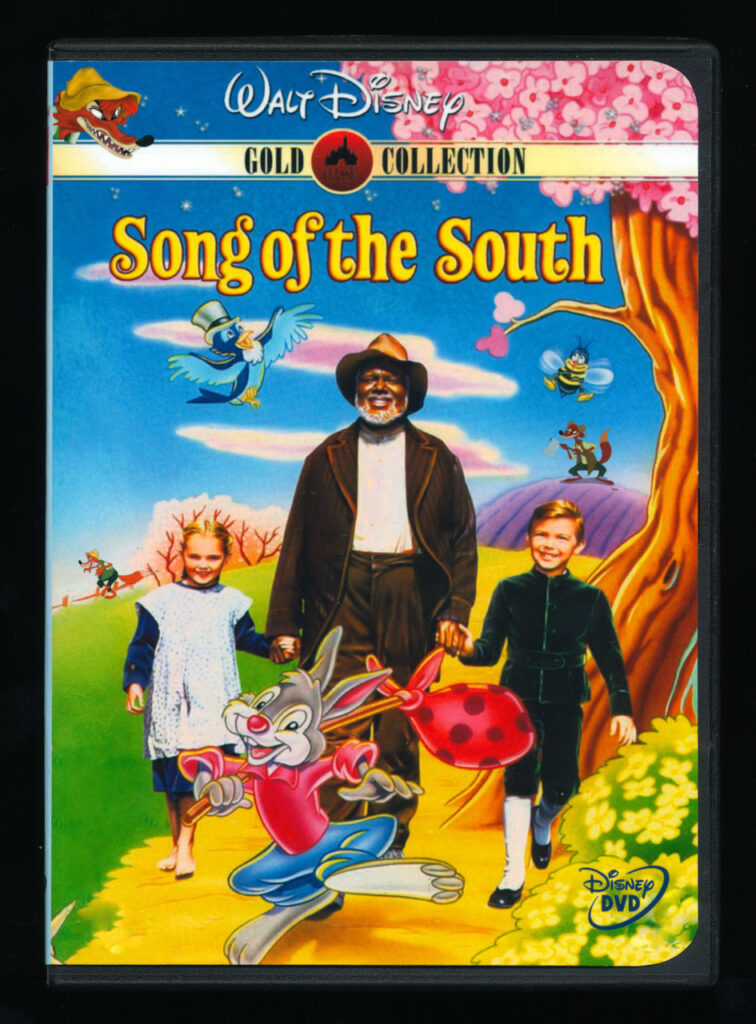 The overwhelming majority of people happily support this change due to the negative stigma surrounding Song of the South’s racial stereotypes.

However, the Disney ride itself counts as one of the best in the world. Despite everything, we’ll still miss it. 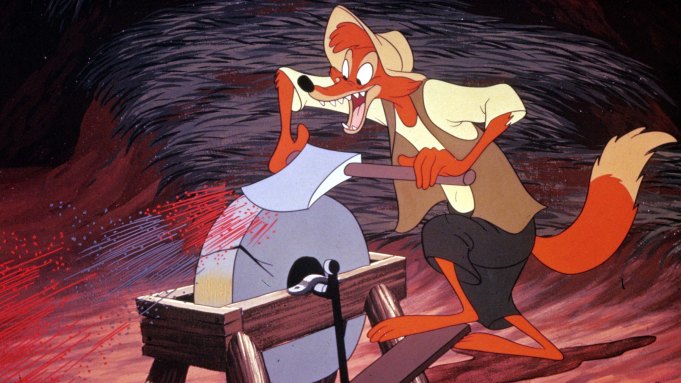 Mandatory Credit: Photo by Moviestore/REX/Shutterstock (1617034a)

Here are seven things we love about Splash Mountain.

For all the valid criticisms regarding Song of the South, nobody can question the soundtrack. The film features some of the best Disney music ever.

Splash Mountain highlights this fact by playing several tunes from the soundtrack at various points on the ride.

You’ll struggle to avoid an all-day earworm as you listen to Ev’rybody’s Got a Laughin’ Place, How Do You Do, and Zip-a-Dee-Doo-Dah.

In fact, the line queue for Splash Mountain adds other favorites like Let the Rain Pour Down and Sooner Or Later. 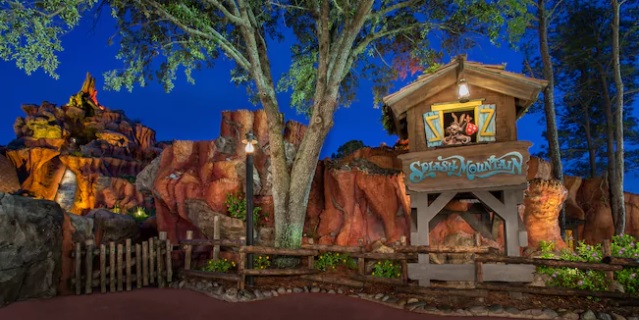 The catchy music on this ride will get in your head and stay there.

To wit, I flip flop between singing “Pretty good, sure as you’re born,” and “It’s the truth, it’s actual, everything is satisfactual.”

Both songs have become a part of the Splash Mountain ride experience for me.

Oh, let me tell you. Imagineer Tony Baxter possesses a wicked sense of humor, one that’s on full display during Splash Mountain.

You know that you’re taking part in a wet ride, and Baxter plays up this fact with the ride’s structure. 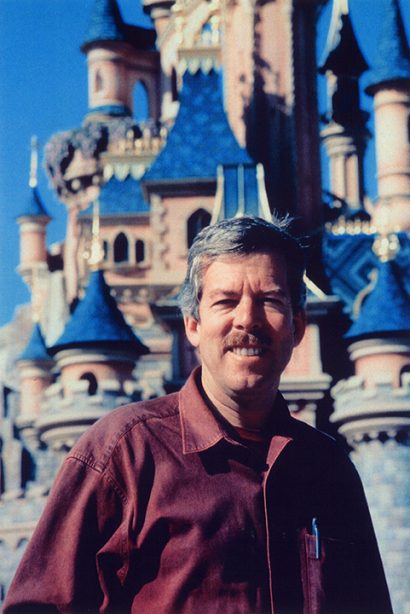 You’ll watch as guests plummet straight down and get soaking wet. In fact, you might even suffer a bit of moisture at this point, too. 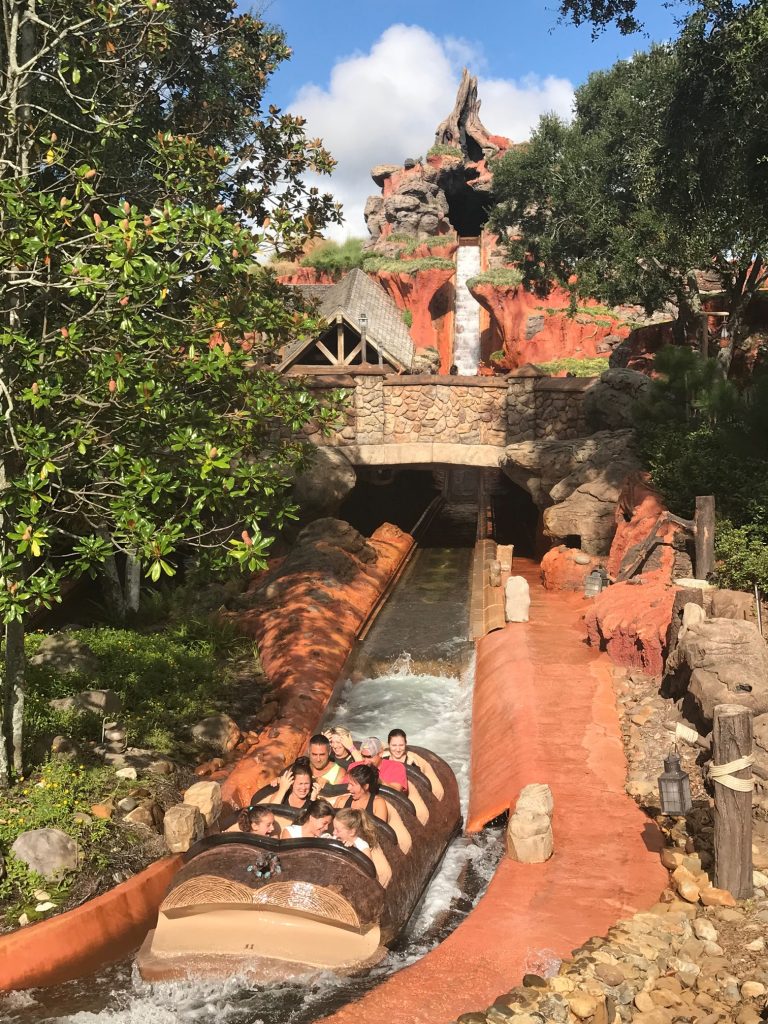 After only 20 seconds on the ride, you already know it’ll end badly for you.

Then, at other moments, other fakeouts will cause you to believe that you’re about to suffer a tsunami. 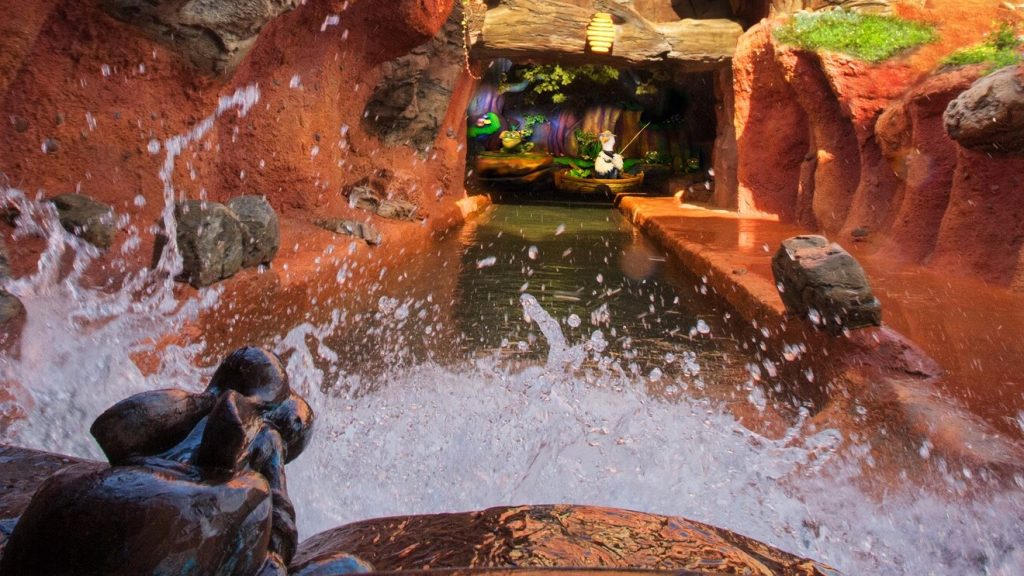 Unless you’re incredibly unlucky, you’re safe this whole time, but a few drops of water here and there add to your fear of a wet ending.

Which audio-animatronic do you love the best on Splash Mountain? In fact, you don’t even need to pick one of the robotics. 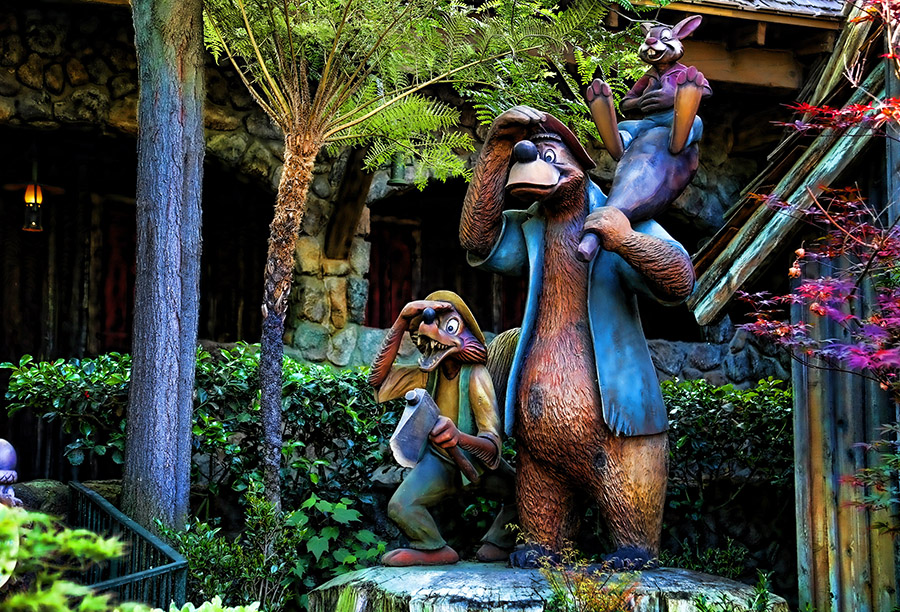 Many of the creatures here are just for show and don’t move at all. It’s okay if you prefer one of them.

I have many Splash Mountain animals that bring me joy. The spitting frog, the fishing bird in the straw hat, and the ceiling gopher all delight me. 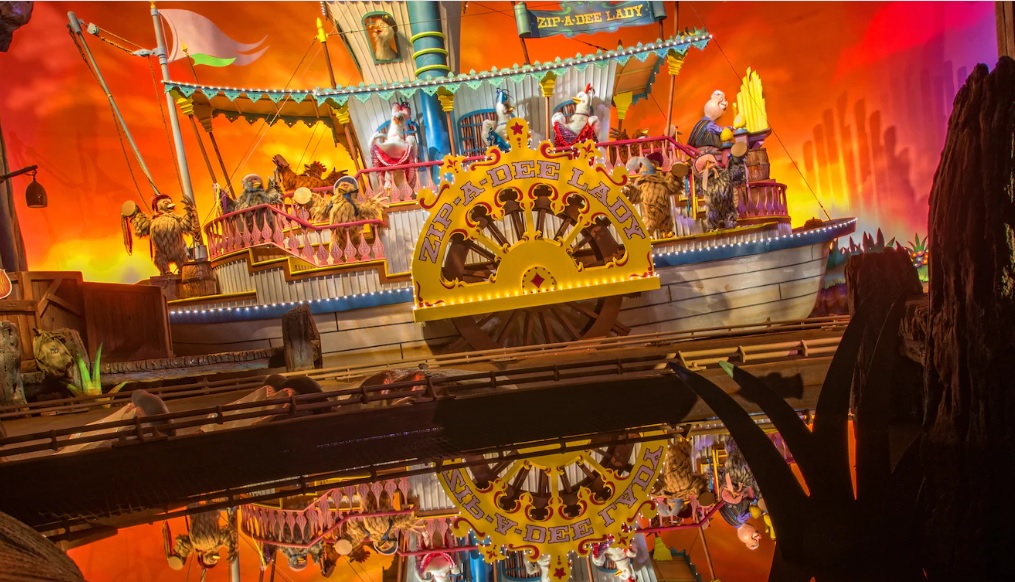 However, the animal I love the best is actually one of the bad guys.

Br’er Bear may be up to no good, but I love him and his comically large butt anyway.

That bear really goes through the emotional gamut during the Splash Mountain story. First, he thinks he’s eating rabbit for dinner. 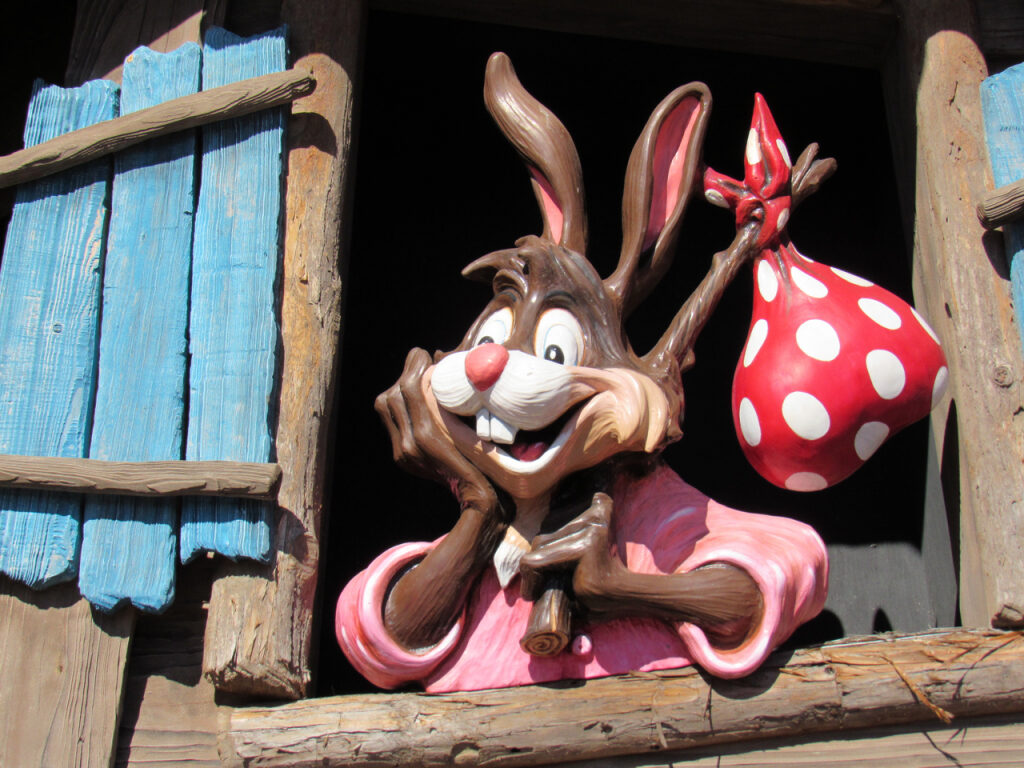 Then, he’s trapped in rope, getting stung by bees, and fighting off a gator.

How could I not love such a comically inept villain? He’s the eight-foot-tall version of Yosemite Sam!

Did I mention the bee stings? Yeah, the most exciting set piece on Splash Mountain involves a bit of false advertising. 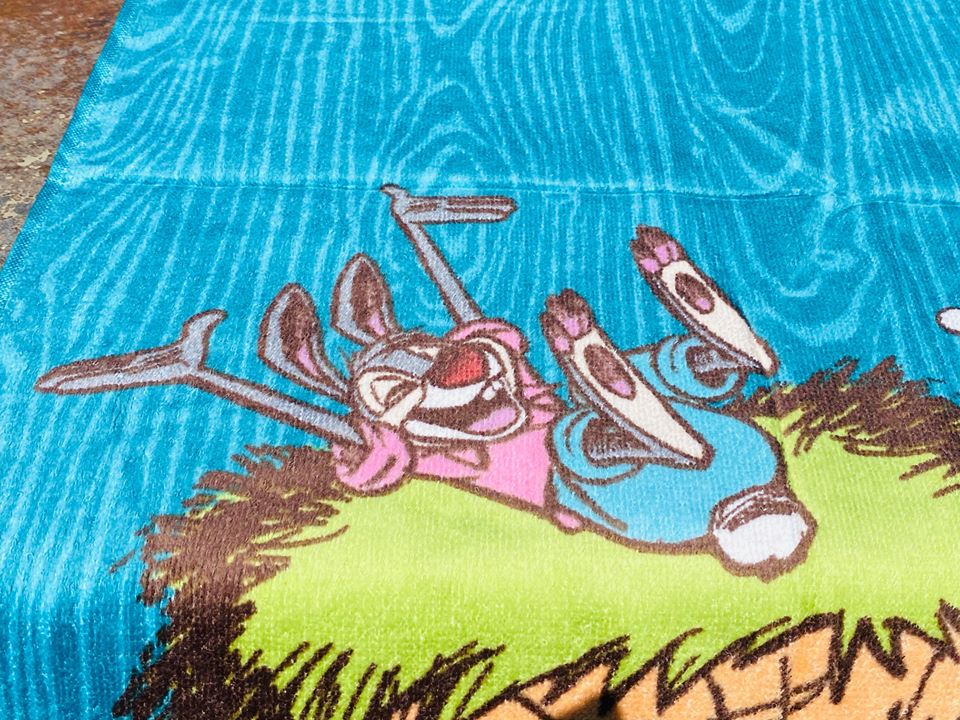 Signs suggest that the bear and the fox will have a lot of fun at The Laughing Place…but then the trickery unfolds.

This turn of events leaves both of them with an angry beehive full of honey-robbed stingers. 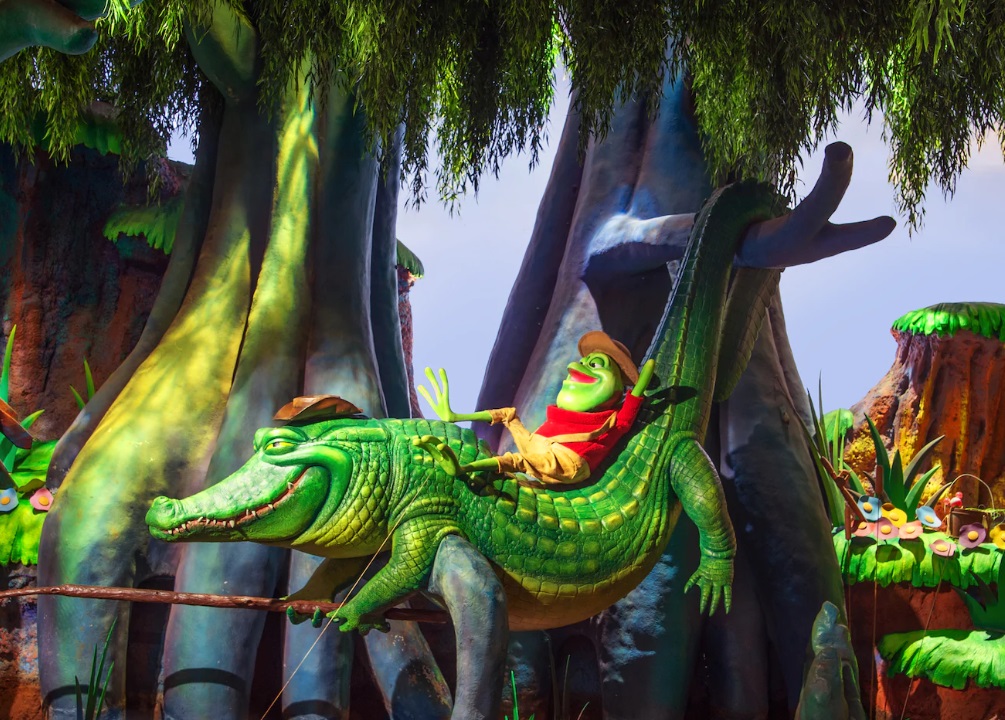 Of course, this section doesn’t go any better for Br’er Rabbit. He winds up getting captured. So, the only people laughing here are the riders.

If I relayed the details of Splash Mountain to you, the story wouldn’t seem believable.

Imagineers built an extremely dutiful representation of Song of the South. However, you’ve never noticed because you’re too busy looking around. 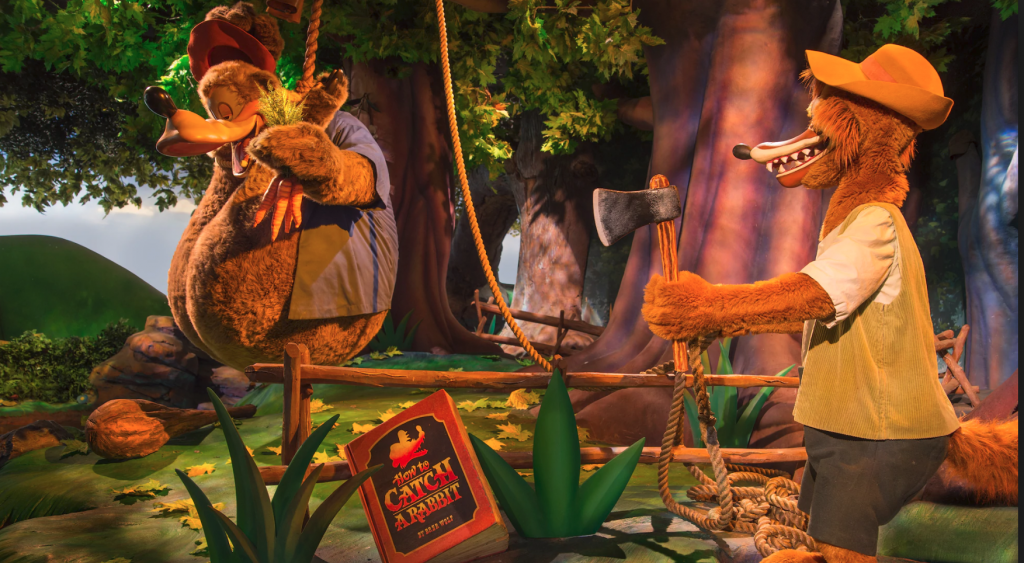 Your admiration has distracted you away from all the storytelling elements.

To wit, when you splash down the mountain at the end, you’re living out a metaphor for Br’er Rabbit’s escape from Br’er Fox. 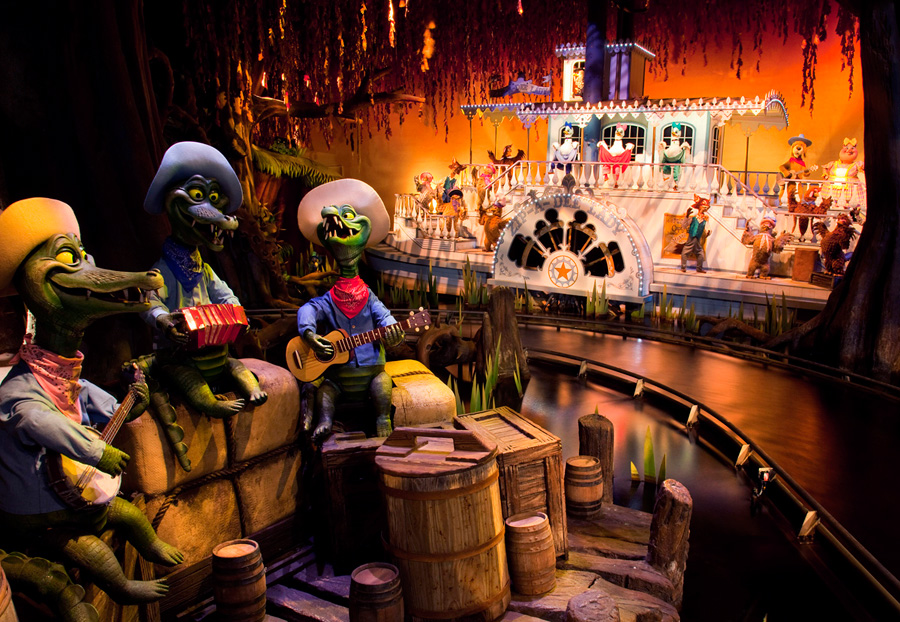 The rabbit has employed reverse psychology to trick the fox into throwing him into a briar patch.

This move may sound painful, but the rabbit knows that he can evade injury and thereby get away from the fox and the bear trying to kill him.

Yes, the proverbial splash in Splash Mountain tells a story, just like The Laughing Place and other moments. 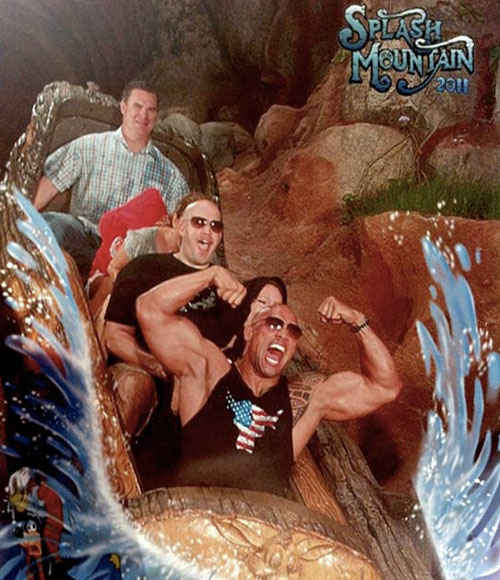 I sincerely hope that The Princess and the Frog’s re-theming will remain similarly true to that story.

What’s the best part about Splash Mountain? Come on, that’s an easy one!

Occam’s Razor applies here! We all live for that glorious moment when the log flume crests at the top of the mountain and then tilts downward.

From that moment on, we’re all holding our breath and fearing for our clothing and shoes as we plunge into the rapids waiting beneath us.

Yes, we will get wet. Yes, we can take a funny picture if we plan enough. And yes, it’s quite possibly the single greatest moment during a Disney visit.

Just when you think that Splash Mountain cannot get any better, the ride sends you off smiling.

After you get drenched during the splashdown, you expect the log flume is deboarding right around the corner. 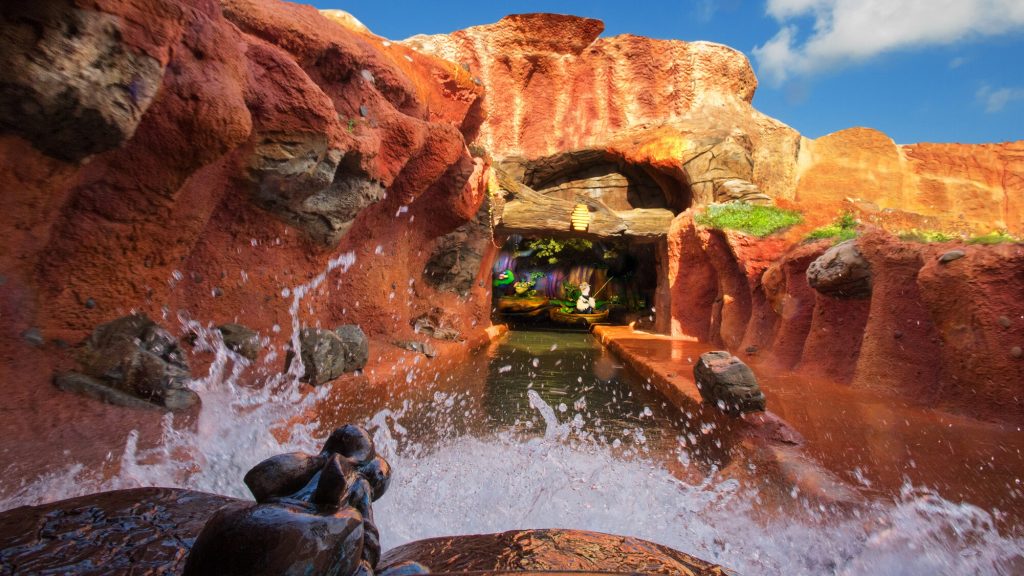 I mean, you’re now outside looking at other Magic Kingdom guests who are laughing at you for being soaking wet. That’s the end, right?

Nope! Instead, the ride lingers a couple of minutes longer as you loop around to the Zip-A-Dee Lady, the riverboat where everyone has a great time. 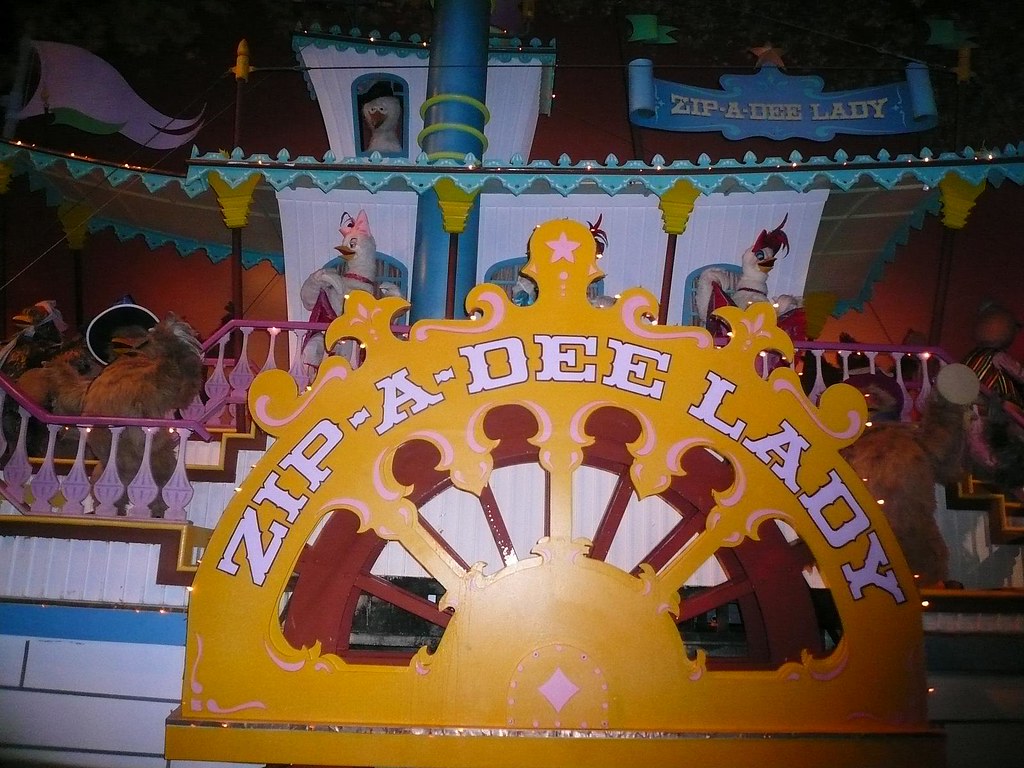 A sign says, “Welcome Home, Brer Rabbit,” and his critter friends happily sing and dance on the riverboat.

You can’t help but tap your feet and sing along, even though you’re dripping wet. It’s the perfect finish to a brilliant ride that we’ll all miss.