An unfortunate surprise occurred for Guests on a recent trip to Florida. A family’s truck was stolen on their Walt Disney World vacation.

Fox 35 reports that their vacation turned into a nightmare when they realized their truck was missing. The family of five was staying at Comfort Suites off Major Blvd. Ryan and Cassidy McClendon planned a birthday trip to Disney World for their kids. They stated, “We decided to surprise them and take them to Orlando for a few days.”

They discovered that their truck was nowhere in sight as they were about to start their day. Cassidy shares, “Woke up the next morning to head out to go to Disney and the truck was missing, so we didn’t get to do anything. Stuck in the hotel room all day. Kids were very upset.” The realization that their car was gone was disturbing. Cassidy describes how it affected her husband saying, “He was like where’s my truck I can see it in his face. Pale. I thought he was gonna cry.”

Orlando Police are currently investigating the theft. As for the make and model of the truck, it’s a 2007, white, Ford F-250 pickup. It was stolen out of the parking lot of the Comfort Suites Hotel. Along with the truck, the burglars took iPads, iWatches, and other items inside the vehicle.

One of the McClendon’s devices pinged around Curry Ford Road. They have yet to hear from the Orland Police Department as to whether their vehicle has been found. 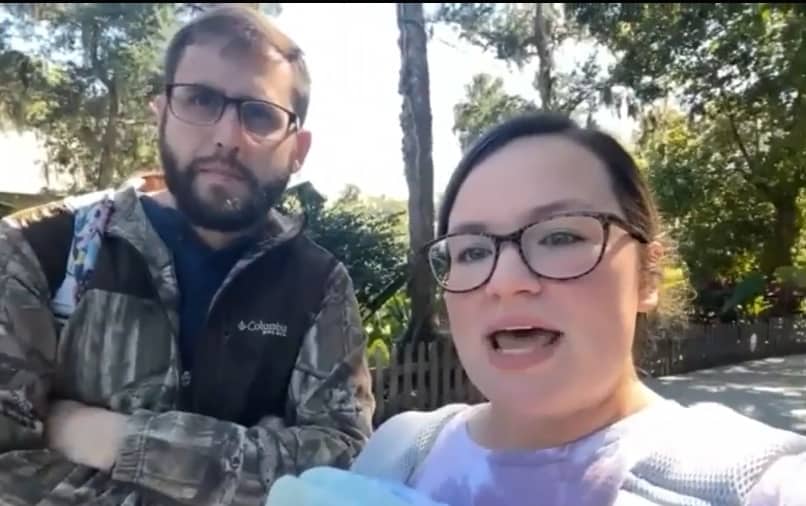 Sadly, Cassidy says, “a lot of people on Facebook where I put the post say the same thing’s happened to them.” Fortunately, the family was able to take the kids into the Parks the day after their vehicle was stolen, but the situation cast a shadow on their trip.

“We’ve been trying to take the kids to Disney every year and this definitely hit hard.” We hope the situation gets resolved and are sorry the family’s truck was stolen on their Walt Disney World vacation.