It has been revealed that Disney’s newest upcoming live-action film, Cruella, will receive a PG-13 rating- a rating that is rare for the Walt Disney Company to have.

It has been said that the rating is due to some violence and thematic elements within the film, however, of course, the lengths of both of these are currently unknown.

Cruella shows the series of events leading up to the transformation of fashion novice Estrella into the ‘queen of mean’ Cruella de Vill, as we know her from the animated classic 101 Dalmatians.

The sneak preview that was released last week showed more insight into the thrills that the live-action prequel will bring, including Emma Thompson’s character, Baroness Von Hellman. 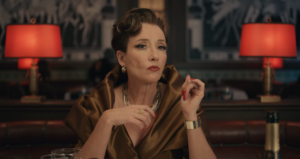 The preview also showed some of the antics that Cruella will be getting into to get her name into the fashion world, with the aid of her henchmen, Horace and Jasper.

While many elements of the film are still unknown, it can already be seen the Emma Stone is phenomenal at playing the iconic character of Cruella de Vill. 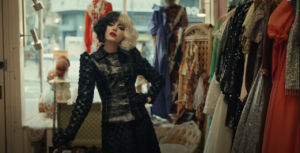 The film also seems to be taking a darker edge to the story behind the villain in this instance, in comparison to 2014’s Maleficent.

Where Maleficent took a lighter note and painted the villain of Sleeping Beauty in a misunderstood light, Disney seems to be taking the avenue of Cruella being bad to get what she wants in life. 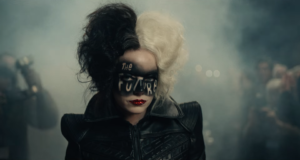 Either way, we’re excited for May 28th to witness the journey of Estrella to Cruella!