Star Wars: The Clone Wars and The Mandalorian Nominated for Annie Awards

I gotta tell you guys, I am really, really enjoying this awards season.

Today, we have some more awards nominations to report for our friends at Lucasfilm.

About The Annie Awards

Today, the ASIFA-Hollywood posted their nominations for this year’s slate.

The International Animated Film Society, ASIFA-Hollywood, is a California nonprofit organization established over thirty-five years ago to promote and encourage the art and craft of animation… [The Annie Awards] recognizes the year’s best-animated productions and outstanding individual achievements in the field of animation. Qualified members participate in the nomination process and final voting. The Annie Awards are regarded as animation’s highest honor, and the ceremony is one of ASIFA-Hollywood’s most prestigious and elegant events.

Congratulations to the Lucasfilm Animation team and Kevin Kiner on their two Annie Awards nominations for Best Music, TV/Media and Best TV/Media, Children for Star Wars: The Clone Wars. pic.twitter.com/V3Fc3KFajF

Secondly, The Mandalorian was nominated for Best Character Animation – Live-Action.

A Big Year for Lucasfilm

Season 2 of Disney Plus’ The Mandalorian followed “[Din Djarin] and the Child [as they] continue their journey, facing enemies and rallying allies as they make their way through a dangerous galaxy in the tumultuous era after the collapse of the Galactic Empire.”

The Mandalorian premiered on October 30. 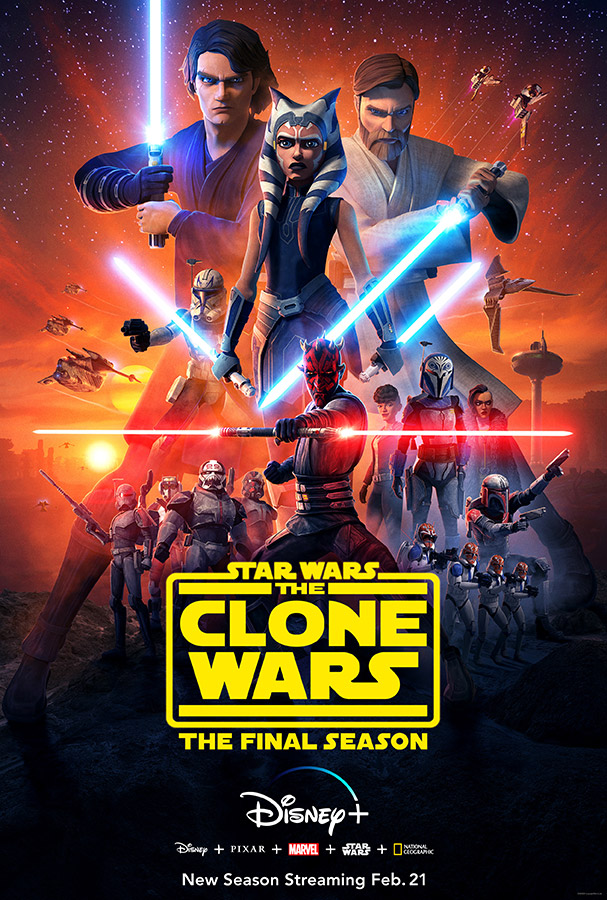 Creating a fitting end to era first described by Obi-Wan Kenobi in 1977’s Star Wars, “[The Clone Wars] one of the most critically-acclaimed entries in [The Saga returned] for its epic conclusion with twelve all-new episodes on Disney+ [which premiered] Friday, February 21.”

You can read more about The Mandalorian and its other award nominations here: