The Mandalorian: Awards Season Heats Up

Firstly, given its Critics’ Choice Super Award (Best Sci-Fi/Fantasy Series, Best Actor in a Science Fiction/Fantasy Series) wins and a nomination for Best Drama Series by The Critics Choice Association back in January, there was “some thought” that The Mandalorian might have another amazing awards season.

Congratulations to #TheMandalorian for its Best Drama Series nomination by the @CriticsChoice Association. pic.twitter.com/ctkuRl49H5

The Mandalorian: Rolling Into Awards Season

Secondly, last week, the American Film Institute awarded The Mandalorian recognition for inclusion in their list of “Top 10 Television Programs of the Year.”

Congratulations to #TheMandalorian for being named one of the top 10 television programs of the year by the American Film Institute. pic.twitter.com/oONUNwkdBJ

And Ludwig Goransson earned a nom for Outstanding Original Score for a Television Production. 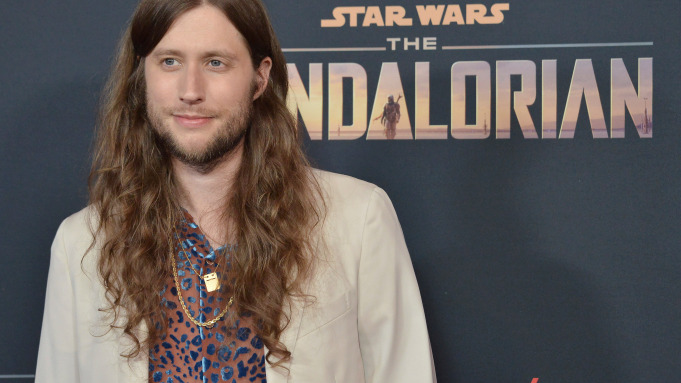 Goransson earned the Emmy for Outstanding Music Composition for a Series in 2020.

Congratulations to @LudwigGoransson for receiving a nomination for Outstanding Original Score for a Television Production at the Society of Composers and Lyricists Awards! pic.twitter.com/wtFLVBbZVF

Today, the Mandalorian was honored with a nomination for Best Television Series (Drama) in the 78th Annual Golden Globe Awards. The critically-acclaimed second season of the Disney+ series found the titular gunfighter on a galaxy-wide mission to return his adorable young charge, the Child, to the Jedi; along the way, the series introduced new characters while bringing back fan favorites, as well.

“We are honored to be recognized by the Hollywood Foreign Press Association alongside so many amazing shows,” said Favreau. “We are incredibly fortunate to work with such a singular team of collaborators and artists that bring this show to life. On behalf of Kathy, Dave and the entire Mandalorian team — thank you for this honor.”

Congratulations to The Mandalorian on its nomination for Best Drama Television Series at the Golden Globes! pic.twitter.com/LNuDxSPRbn

Meanwhile, the seminal Star Wars streaming show earned another major nomination, this time from the Writers Guild of America for Best Drama Series.

Congratulations to Rick Famuyiwa, Jon Favreau, and Dave Filoni on their nomination for Best Drama Series by the Writers Guild of America for #TheMandalorian. pic.twitter.com/b2EK0olOcT

Finally, notice the difference in some of these nominations. This time out, The Mandalorian is now up for top drama or series.

So much for Star Wars not being able to make a move to the small screen.