Jackson DeLude from Buffalo, N.Y. is a very special 8 year old. He didn’t want a new bike or video games this Christmas, he wanted the ability to run. Jackson however was born without fully developed legs which made this Christmas wish nearly impossible to grant. That is until the generosity of two kind-hearted NFL players stepped in and flew Jackson down to Orlando to make his wish a reality. And of course one of the first places he wanted to test out his new prosthetic legs was Walt Disney World Resort! 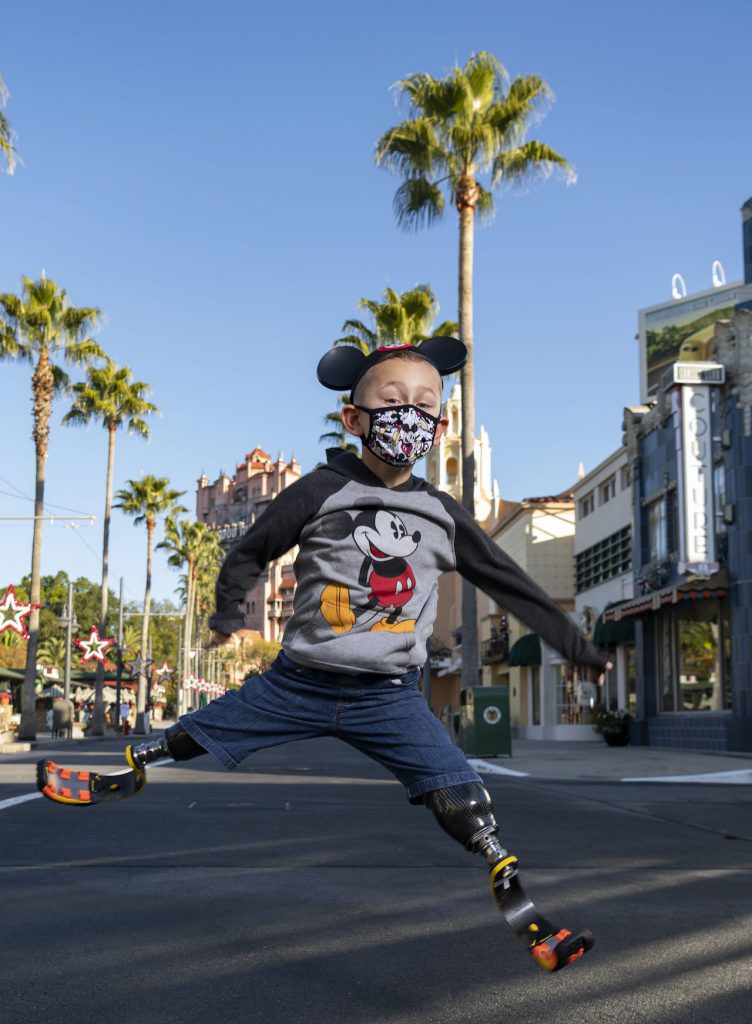 After learning about Jackson’s Christmas wish, Buffalo Bills players Matt Milano and Gabriel Davis decided to play Santa Claus and arranged for him to fly to Orlando and get fitted for two prosthetic legs at Prosthetic & Orthotic Associates. The players covered the costs for everything, including a trip to Disney’s Hollywood Studios over the weekend where Jackson and his mother, Ashley, explored Star Wars: Galaxy’s Edge, took a trip on Mickey & Minnie’s Runaway Railway and played with some of his Pixar pals in Toy Story Land.

Watch the video below to witness this heart-warming, unforgettable moment:

Milano and Davis chose to send Jackson, whose partially developed legs were surgically amputated when he was an infant, to Orlando to fulfill his Christmas wish because they are both from the Orlando area and both trained for years at ESPN Wide World of Sports Complex at Walt Disney World Resort.