In a former life, I followed an NHL hockey team around. And, yes, one time that team — the Boston Bruins — won the Stanley Cup.

But, well before “The Cup” ended up in my hands (at right, in 2011) or my backyard, Stanley traveled to many, many places. Some spots remain celebrated. Many places are purposefully ignored. However, in (almost) all of those locales one thing is ubiquitous – babies in The Cup. 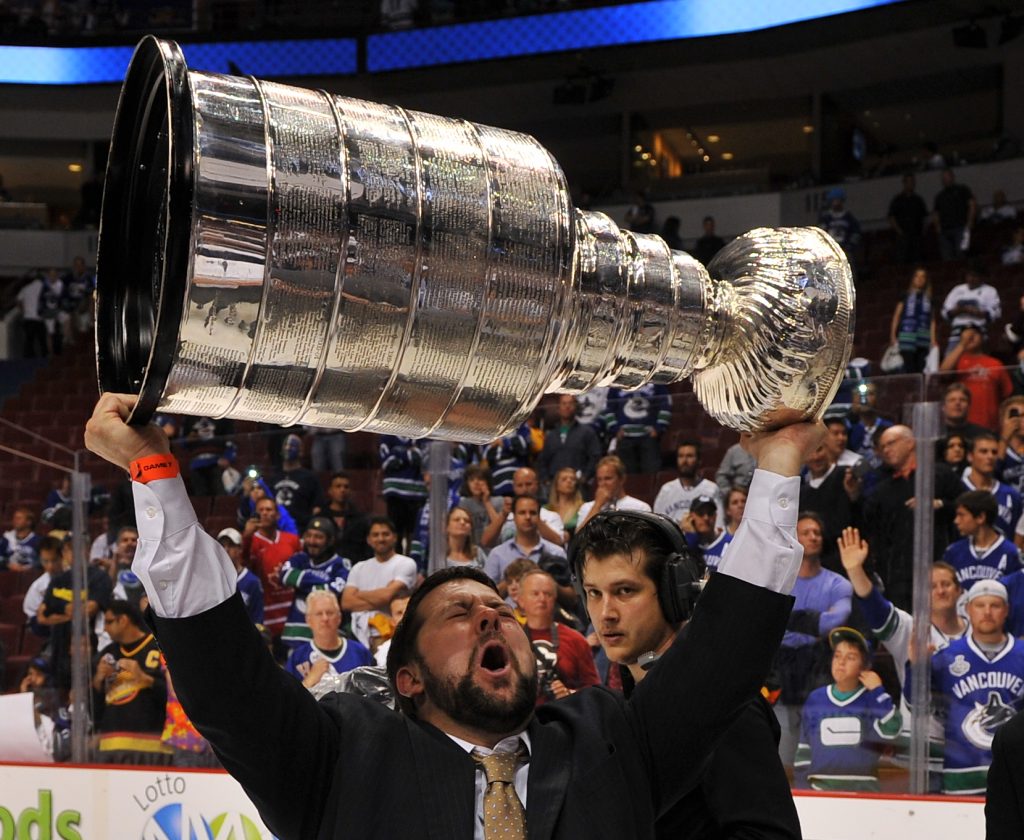 Whenever the Stanley Cup arrives on location, it takes mere seconds before a baby is sat in the trophy. It’s just a given, almost a tradition. And it’s also why I was quite pleased (actually) to uphold the practice of non-players NOT drinking out of Lord Stanley of Preston’s “Dominion Hockey Challenge Cup.”

The Child In The Cup

And it doesn’t matter whose baby it is, either. It’s like there is a diaper magnet in the thing. Case in point: Baby Yoda of The Mandalorian/Star Wars fame. 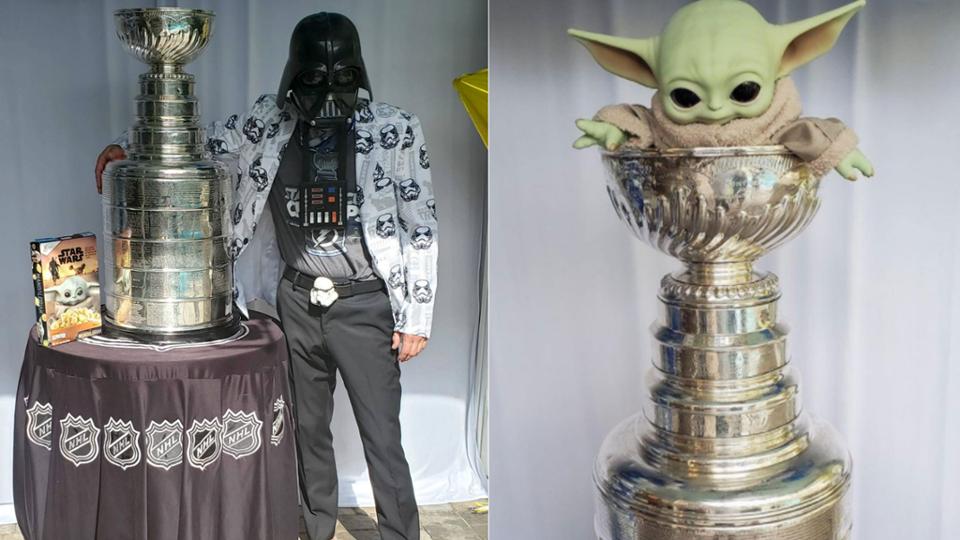 Hockey Hall of Fame vice-president and curator Phil Pritchard has seen many different things in the Stanley Cup. 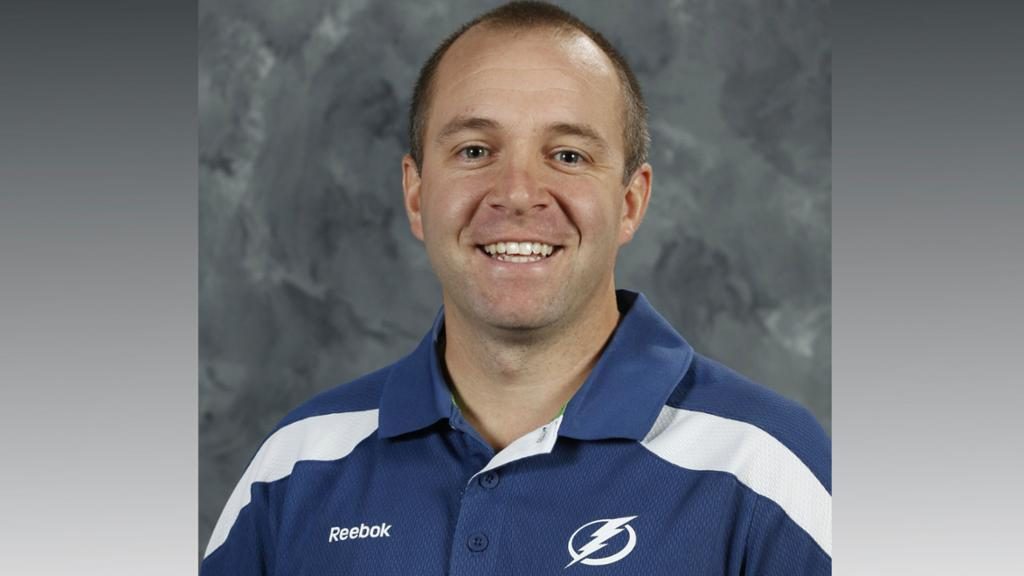 Last Friday was a first when Baby Yoda, the breakout star of the Star Wars Disney+ television series “The Mandalorian,” took a silver seat… [and] it should come as no surprise to members of the Lightning, however, that assistant athletic trainer Mike Poirier [above] took the Stanley Cup to a galaxy far, far away.

“This was Mike’s day of Stanley Cup celebration and he’s a massive Star Wars fan, maybe one of the biggest ones I’ve ever seen. It’s unbelievable what he has,” Pritchard said Thursday, back home in Toronto in quarantine for 14 days after having returned from Florida on Wednesday. “Everyone on the Lightning knows that Mike is a big Star Wars guy, so they get him stuff all the time. I think the Storm Trooper belt buckle he was wearing that day was a gift from (Lightning captain) Steven Stamkos.” 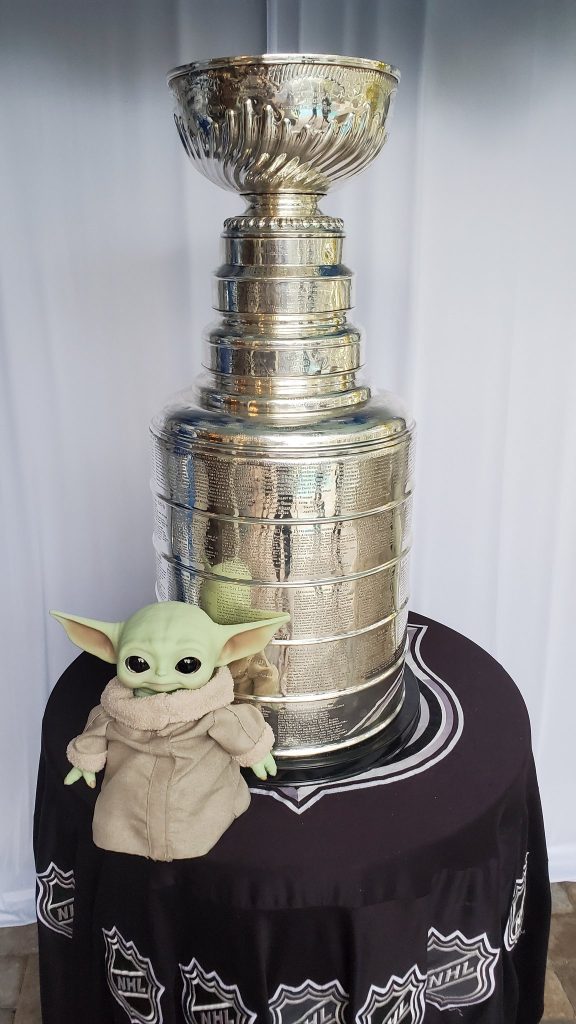 A guest arriving at Poirier’s home brought Baby Yoda as a gift, so naturally The Child, as the green creature is properly known, had to sit in hockey’s iconic trophy.

Grogu Is Not The First

Of course, Grogu (that’s “The Child’s” name, btw) isn’t the first Disney Character to sit in The Cup.

My oldest son, Jack, made sure of that. 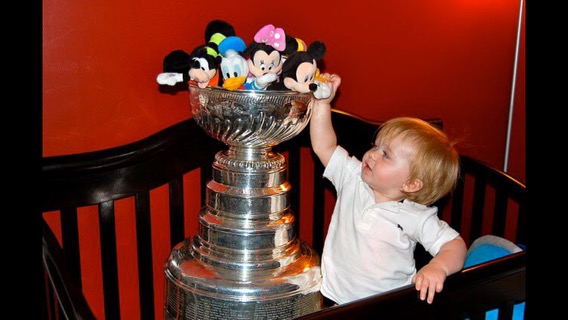 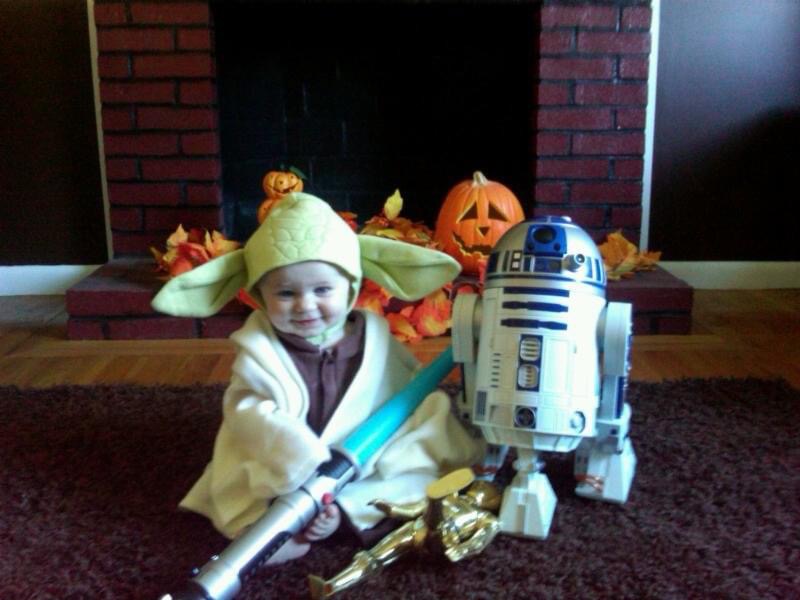 Jack also made a pretty good Baby Yoda, way before it was cool.