Earlier this week we here at MickeyBlog announced that Remy’s Ratatouille Adventure an all new attraction coming to EPCOT’s France Pavilion would be making its debut in 2021! 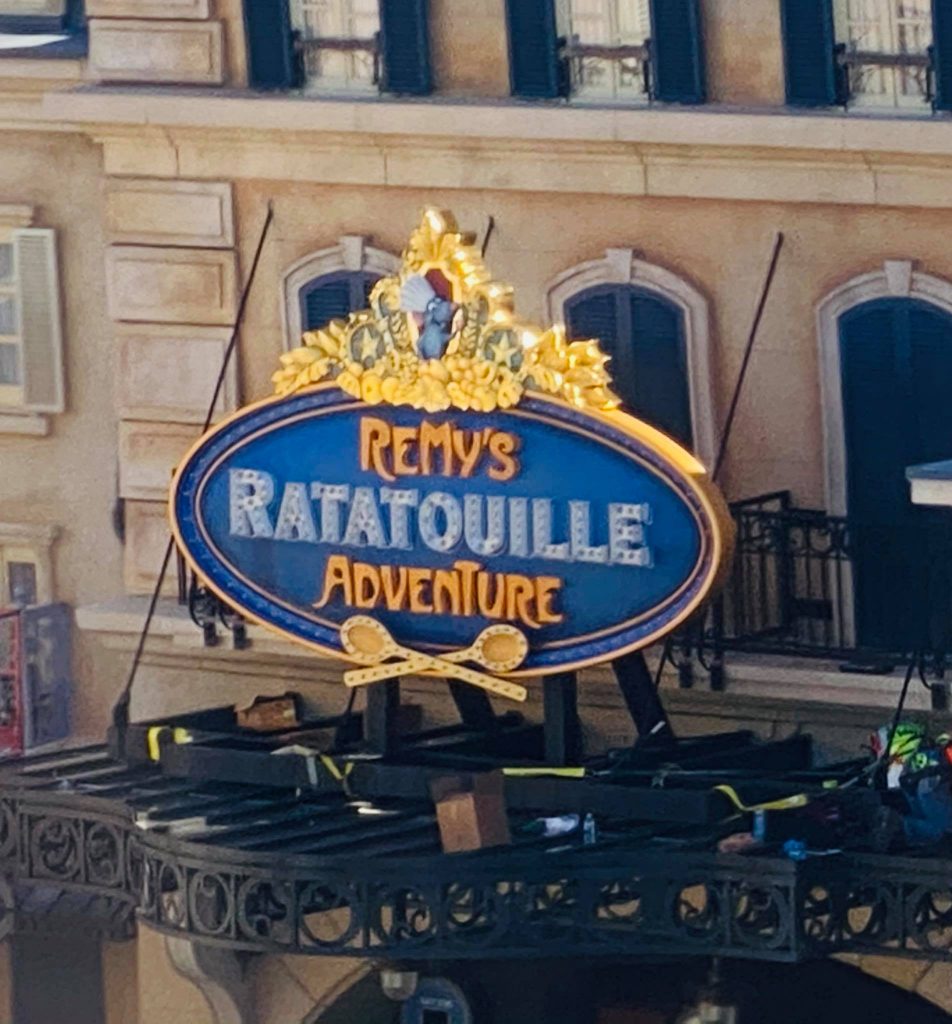 We also shared images of the stunning new Marquee in place at EPCOT.   Well that’s not all of the Remy related news we have for you this week! Today D23, continued their Fantastic Worlds virtual celebration which included a panel discussion by three creatives integral to Remy’s arrival at Walt Disney World.  This included Tom Fitzgerald, Creative Executive, Roger Gould a Creative Director at Pixar and Harley Jessup Production Designer. This talented trio shared with us some awesome insights about what to expect when this new area of EPCOT opens.

Though the ride itself, is very similar to the Ratatouille-inspired ride at Disneyland Paris, one noteworthy difference is the land that’s been built around it.  Fitzgerald said that an EPCOT area created around the attraction functions as it’s own mini-land.  Imagineers worked hard to give it a separate feel from the traditional France Pavilion.

“Outside of the attraction, the whole world that it sits in has been designed specifically for the France pavilion in Epcot,” says Fitzgerald. So what visitors get when they visit France at EPCOT is two distinct experiences. There is authentic France and then, in the area Remy’s Ratatouille Adventure is located you get a different version representative of Remy’s love-letter to France.

Guests will cross between both versions of Paris by travelling under an iron gateway.  This landmark was inspired by a classic Parisian marketplace. It was originally intended to be used in the film Ratatouille but was cut.  But Disney brought it back to separate out the two versions of France in EPCOT.

You can see it in the picture below:

Another method used to give guests a feel that they’ve crossed one version of Paris into the next is what Harley Jessup calls “crookedology.” In order to give the area around Ratatouille that cartoonish, whimsical feel, the Imagineers highlighted the imperfections.

Archways will have blocks of various lengths and widths to give an uneven feel. Buildings will sag and lean more. All the quirky characteristics that make Paris so delightful are slightly exaggerated in Remy’s vision.

Another great example of crookedology is the fountain in the courtyard.  From a distance it looks like a traditional Parisian fountain.

However, upon closer inspection you’ll notice golden rats throughout the design, popping champagne corks and shooting water into the air. 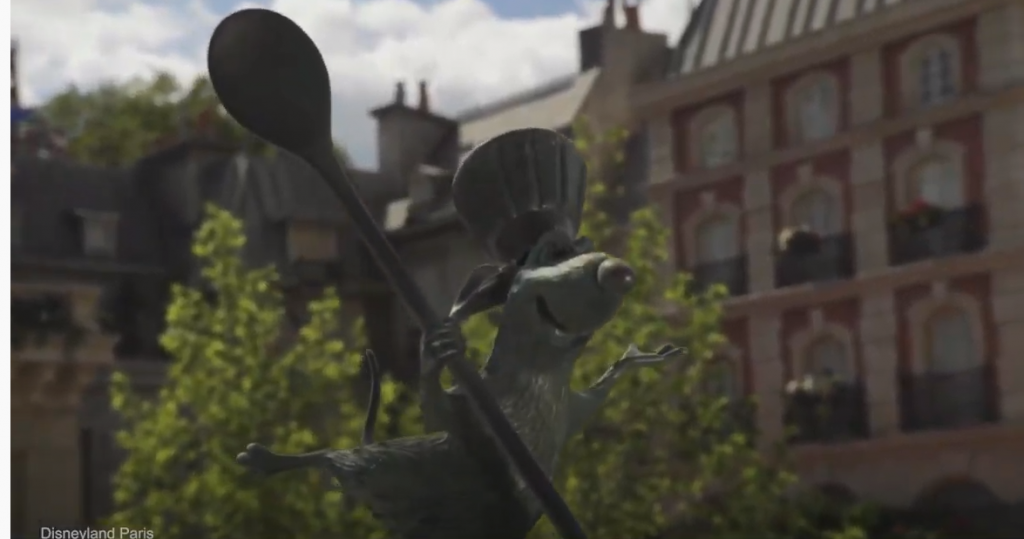 And having pride-of-place at the top of the fountain will be Chef Remy himself! 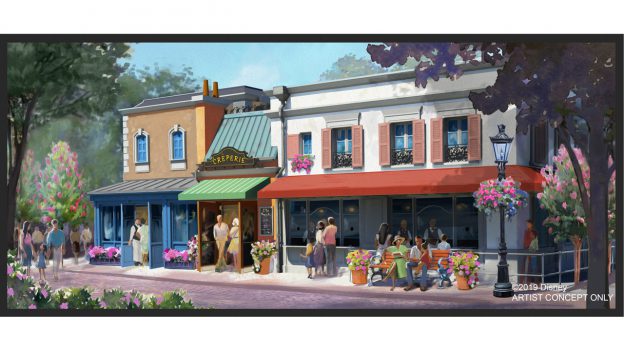 Other noteworthy details of the Ratatouille mini-land will include Parisian park benches, a news kiosk and of course a new creperie! La Creperie de Paris will offer both table and quick service dining options.  Guests will be able to find a tantalizing array of both sweet and savory treats on a menu created by celebrity chef Jerome Bocuse! 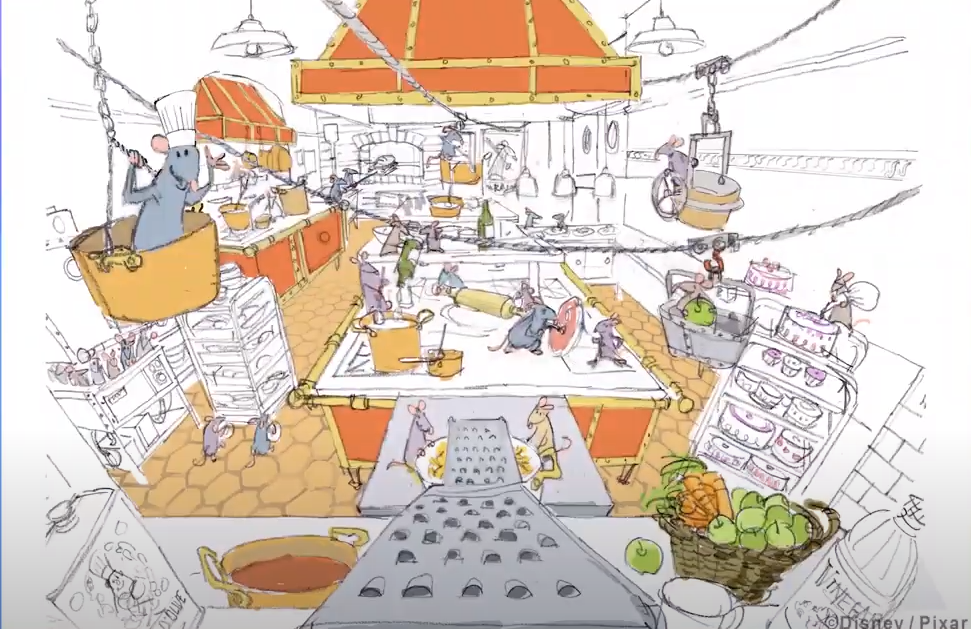 And let’s not forget the ride itself! This family-friendly attraction will no doubt be a favorite when it opens next year. It’s designed to make visitors feel like you’ve been shrunken down to the size of a rat in Remy’s kitchen!  As you can see from the stunning sketch above, no detail has been overlooked and the intricacies of the scenes that play out during your ride are sure to “wow!”

In a first for EPCOT, the dialogue in the attraction will also be in both French and English adding an extra layer of authenticity!

All of these delicious details have made us even more excited about this upcoming attraction.  Readers are encouraged to keep checking in with us at MickeyBlog for even more news and updates!