It was busy day yesterday for Disney at the IAAPA Expo. Chairman of Disney Parks, Products, and Experiences; Josh D’Amaro; shared photos of the actual cabins inside the all-new Star Wars: Galactic Starcruiser Hotel coming to Walt Disney World as well as our first look inside the new Guardians of the Galaxy: Cosmic Rewind Coaster coming to EPCOT among other updates for other Disney Parks projects that are currently underway. D’Amaro also gave us an update on the much-anticipated, reimagined Hotel New York – The Art of Marvel at Disneyland Paris. The reimagination of the classic Disneyland Paris Resort, Disney’s Hotel New York, was originally back in 2017 at the D23 Expo. When announced, Bob Chapek, who was then the Chairman Disney Parks and Resorts, said, “We’re going to create a hotel at Disneyland Paris that would make Tony Stark proud.” He went on to say, “I’m thrilled to announce that Disney’s Hotel New York – The Art of Marvel will transport our guests to the action-packed, inspiring world of Super Heroes including Iron Man, The Avengers, and Spider Man among others.” 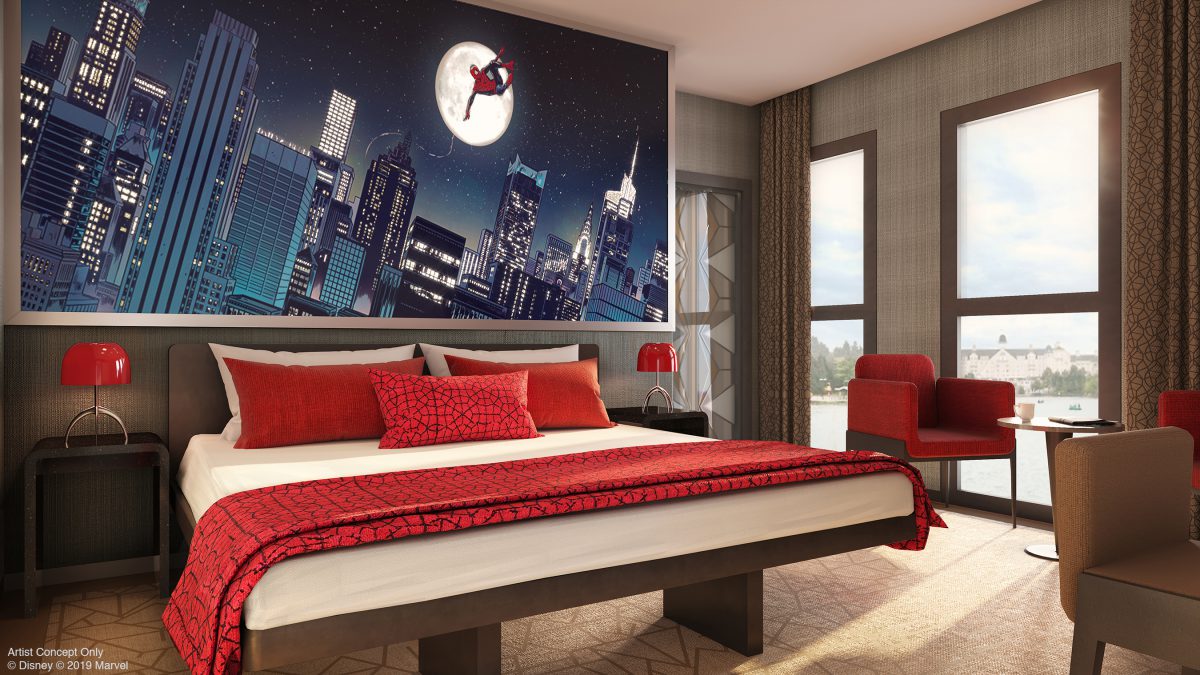 Work was progressing nicely on the Hotel until the world shutdown back in March due to the COVID-19 outbreak. Work has since resumed on Hotel New York – The Art of Marvel since Disneyland Paris reopened back in the Summer and it was projected that the Hotel would open in March of 2021. However, will Disneyland Paris shutting down once again due to another surge in the virus, we are unsure if that target opening date of March 2021 or if the opening of the re-themed Hotel will be delayed even further.

As of today, Disneyland Paris has still not opened up reservations for Disney’s Hotel New York – The Art of Marvel, but in the photo below that D’Amaro presented at the IAAPA Expo, we get a look inside the work going on in the Hotel’s lobby. As you can see, there is some work to be done but a lot of the themeing and decor is in place. 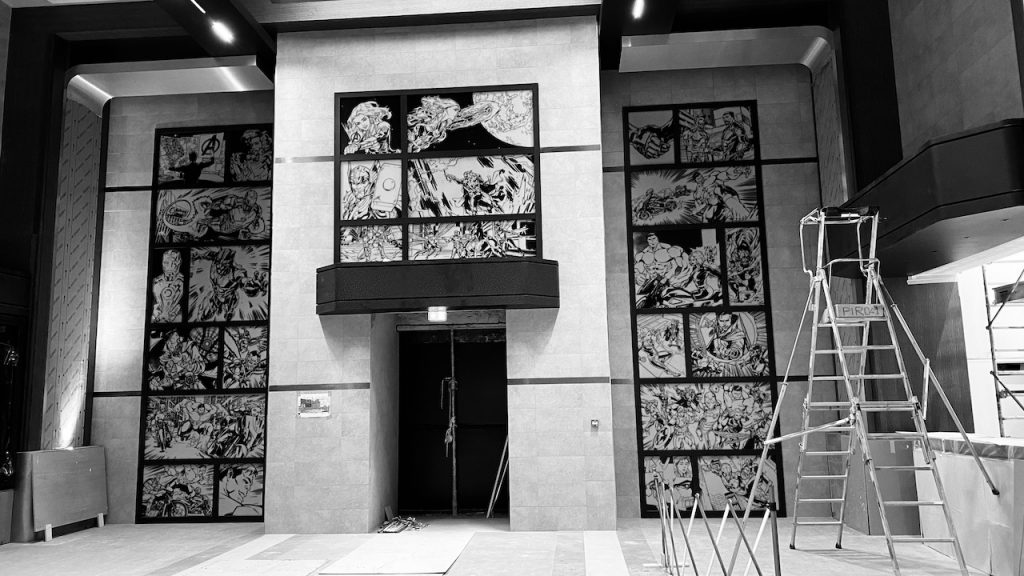 Make sure to keep it here with MickeyBlog.com as we will keep you updated on the latest from Disneyland Paris and when Disney’s Hotel New York – The Art of Marvel will welcome its first Guests.

Planning a visit to Disneyland Paris or another Disney Destination? There are some SPECTACULAR discounts available for the remainder of 2020 at Walt Disney World and into 2021. Fill out the form below or send an email to Holly@MickeyTravels.com for a FREE, no-obligation quote to book your Disney vacation. EVERY vacation package* booked exclusively with me by a teacher or someone on the front lines battling the virus, will receive a Disney Gift Card when you book your Disney vacation package* with me by December 31, 2020. As an agent with MickeyTravels (a Platinum Earmarked Agency), I will be on hand to help you with everything from finding your perfect package and I offer rate monitoring to ensure you are receiving the best rate available by Disney. I work with all Disney Destinations and destinations outside of Disney. Best of all, my services are absolutely FREE. Get in touch via email at Holly@MickeyTravels.com or calling 954.401.9577. Also, make sure to CLICK HERE to follow along with my Facebook page for all things Disney and giveaways!