A couple inherited a house full of stuff, found a fortune in Star Wars toys… 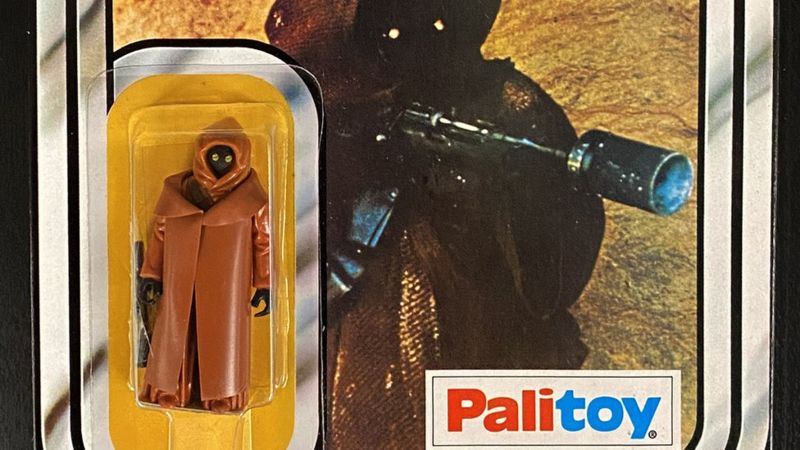 This vinyl-caped Jawa figure was the top seller in a cache of Star Wars toys auctioned off in the UK. Image: BBC.

A collection of vintage Star Wars toys found in bin bags in a garage has fetched more than £250,000 at auction. 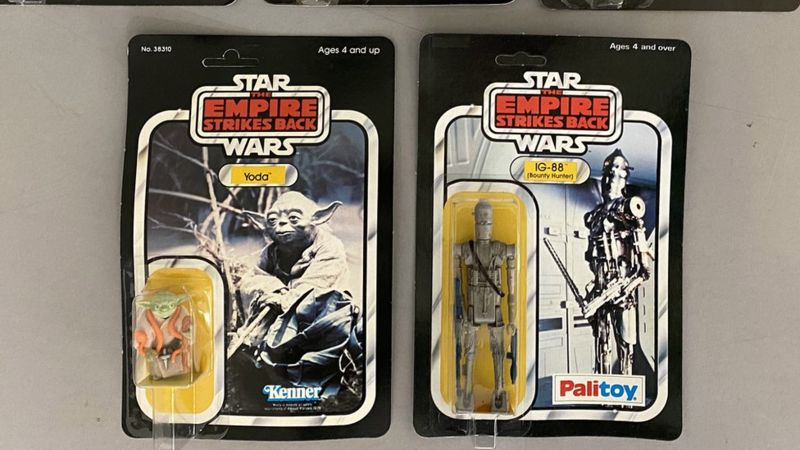 Trying to remember if my Yoda had a snake… And I defininitely had a similar IG-88. Image: BBC.

They and other toys were left to an elderly couple, from Stourbridge, in their neighbour’s will.

The couple were unaware of the value of the items, which sold in total for £410,000, and had arranged for skips to throw many of them away… Auctioneer Chris Aston said he did not expect the items to fetch so much.

“The best piece was the vinyl cape Jawa, the guys from the desert in the original Star Wars film,” he said [of the piece which brought £22,000].

Did You Have These Star Wars Toys?

Only The Maker knows how many of these items my brother and I had in our home at one time, but they’re long gone (though it’s doubtful any were in the pristine condition of this lot).

It’s fun to hear the reaction of the auctioneer, who said that the toys in the house were worth more than the house itself. 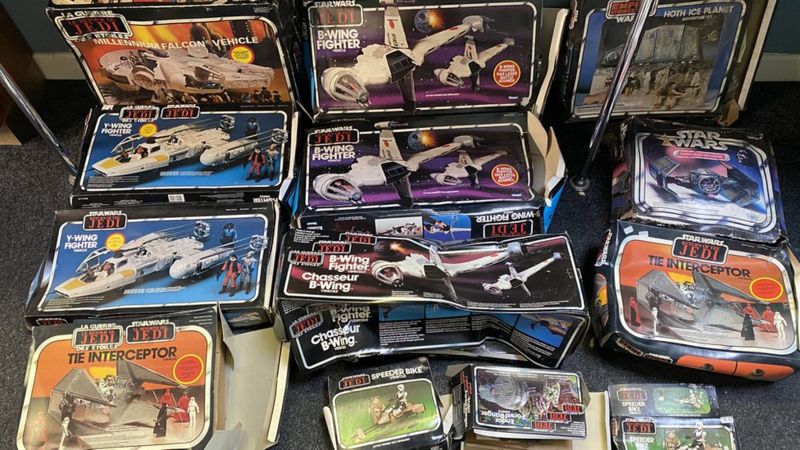 I’ll take that. That. And that. Image: BBC.com.

“The stuff in the house made more than what the house is on the market for,” said Aston to the BBC. “The first day I was there I found a rare Batman figure.

“As soon as I found that, I thought ‘well if that is in there, there could be loads of gems’, so I instructed them to cancel the skips.”

Photo: http://errandworksva.com/ For illustrative purposes only. Not the attic the toys were found int.