So, as we close out the latest season of Star Wars: The Clone Wars (I say latest because I am not convinced there won’t be another arc or two), I thought I’d point out the best Clone Wars moment many of you have never seen.

For much of the series, Cad Bane and NOT Boba Fett was the most feared Bounty Hunter in the galaxy.

Star Wars Explained has the, well, the explanation:

Learn the story of Cad Bane, the greatest bounty hunter in the galaxy during the Clone Wars! 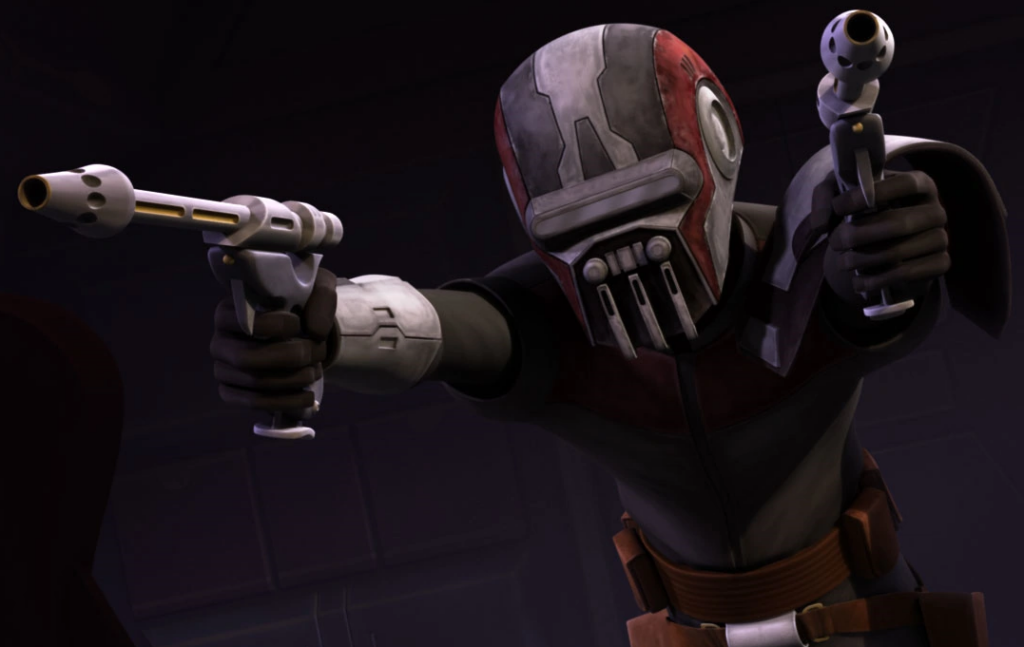 And here’s a preview of the best “unseen” moment. Again, Star Wars Explained gives us the background on Boba (at least as it was in 2017).

How Boba Fett Dented His Helmet

Dave Filoni revealed how Boba Fett got that dent in his helmet during Star Wars Celebration. Learn what happened here!

Here is THE clip. The Western-style gunfight between Bane and Fett as imagined by George Lucas.

Now, if you want the whole panel (51-minutes) you can watch that, too. But don’t expect an explanation for the scene. And, remember, this before The Clone Wars returned via Disney+.

Would it shock you if they finished up Boba Fett’s arc in The Clone Wars, too? Me neither. But it wouldn’t shock me if we learned more about Boba Fett in The Mandalorian, Season 2.