Your Guide To the Characters of Pixar’s ‘Onward’

With only a week to go until Pixar’s lastest film Onward hits theaters, we here at MickeyBlog thought we’d take some time to introduce you to some of the key characters in this lovable film about two elven brothers’ quest to spend one final moment with their deceased father.

The majority of the characters in this film are residents of  New Mushroom (a quaint suburban area.) Here you’ll find elves, sprites, satyrs, cyclops, centaurs, gnomes and more!  Here are a few noteworthy residents: 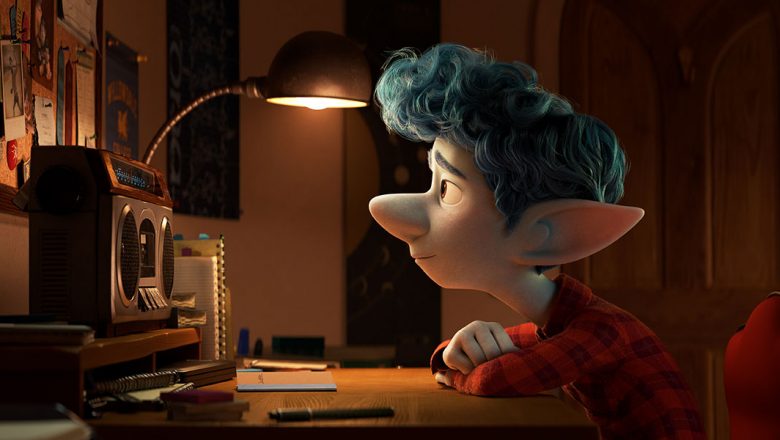 The younger of the two Lightfoot brothers, Ian (voiced by Tom Holland) has a hard time fitting in. He misses his dad who he’s never met. On his 16th birthday, he is given a gift from his deceased father that sends him and his brother on an epic quest.

According to a piece in D23, Ian’s look was actually inspired by a co-worker that Art Director Matt Nolte worked with.  Matt recalls,  “I’d never met him, but he had the charm and appeal that our Ian thus far lacked. His mannerisms were perfect. He was kind and would hide behind a laugh before he spoke, and I thought that was so cool,” Nolte details. 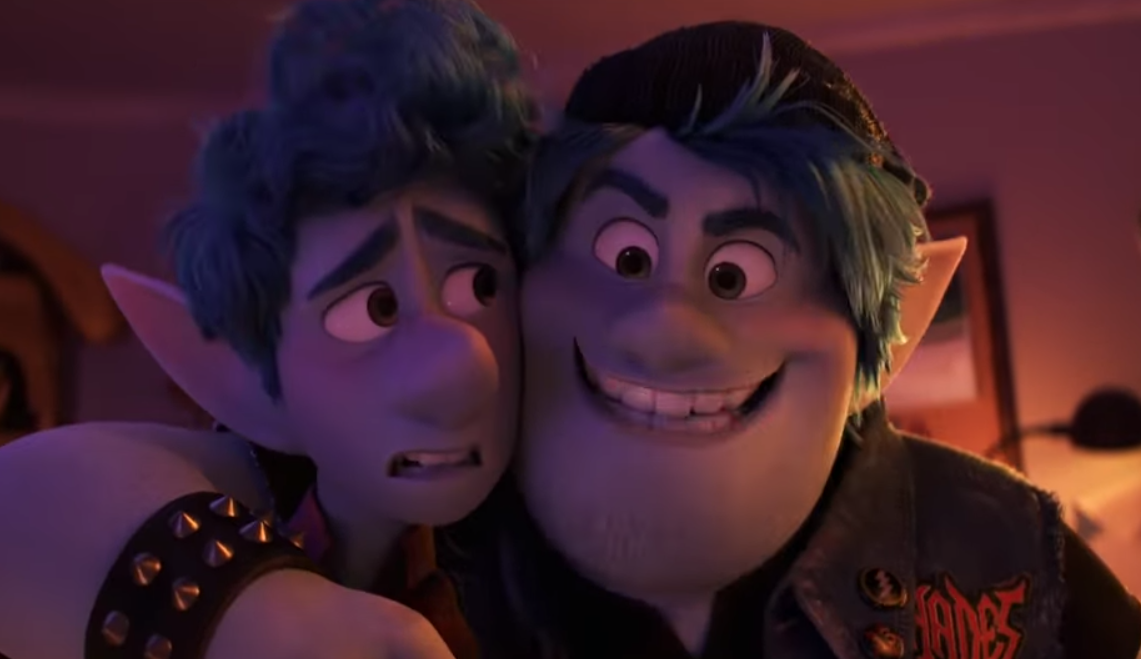 Ian’s older Brother is quite a contrast to his younger sibling. He’s larger-than-life and considers himself to be an aficionado of magic. He spends most of his time playing role-playing fantasy games and lives in his imagination. 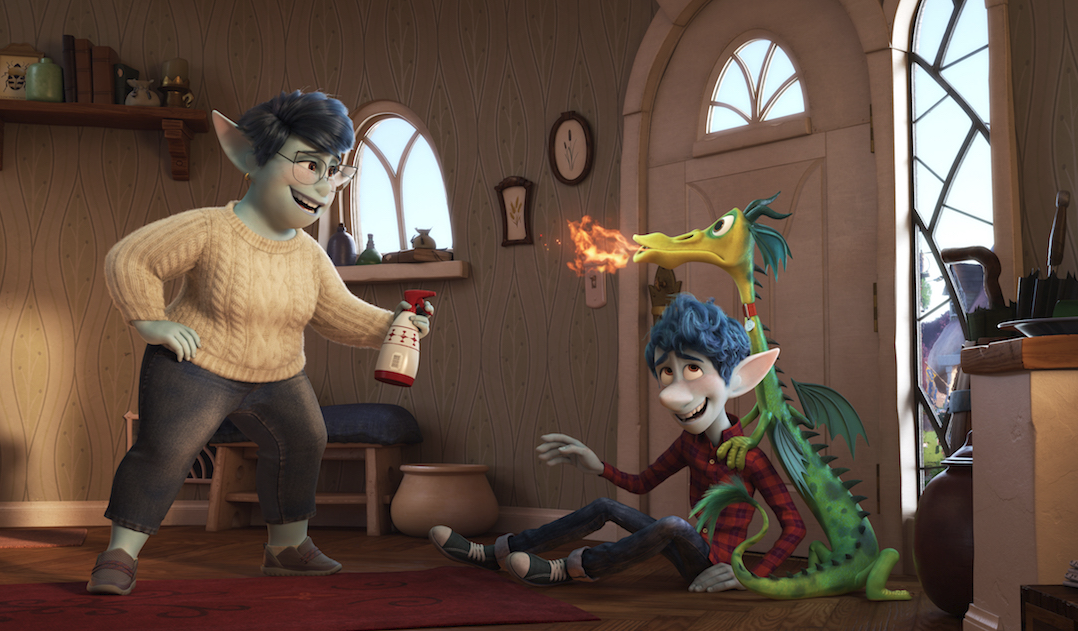 This headstrong single mom is devoted to her kids, Ian and Barley. When her kids set off on their quest she isn’t far behind them!  When creating here character, the Character Supervisor Jeremie Talbot incorporated elements of both brothers. he told Disney, “She is built a bit like Barley and has his straight hair, but she has pink freckles like Ian’s,” Talbot says.

Blazey is the family pet. But, this is a fantasy world after all so he just happens to be a DRAGON!  He’s energetic bordering on hyperactive and is truly elf’s best friend! 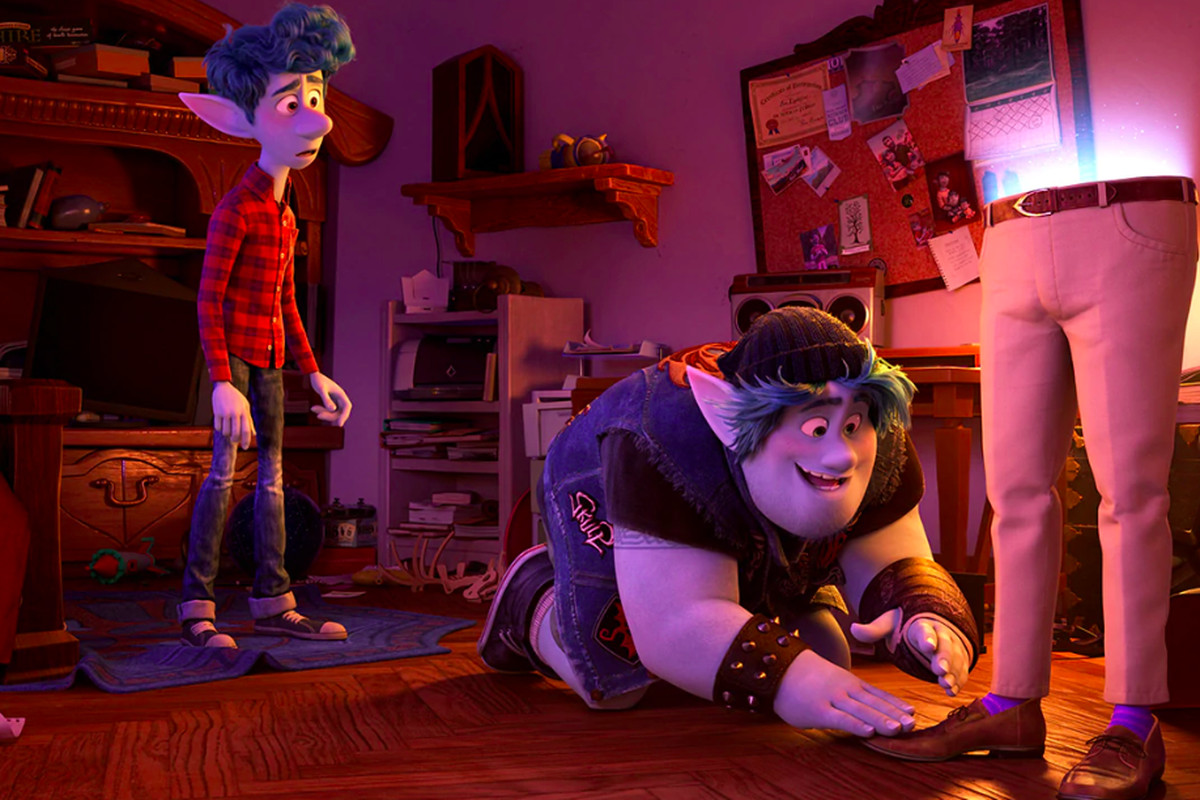 Wilden, Ian and Barley’s dad, figured out a magical way to reach out to his sons after he passed away.  However, the best-laid plans rarely go according to plan.  Only the bottom half of dads body is conjured up by the brothers meaning that when it comes to communication the best they’ll get is a tap, walk or saunter.  Ian and Barley’s entire quest revolves around trying to find a way to make Wilden whole. 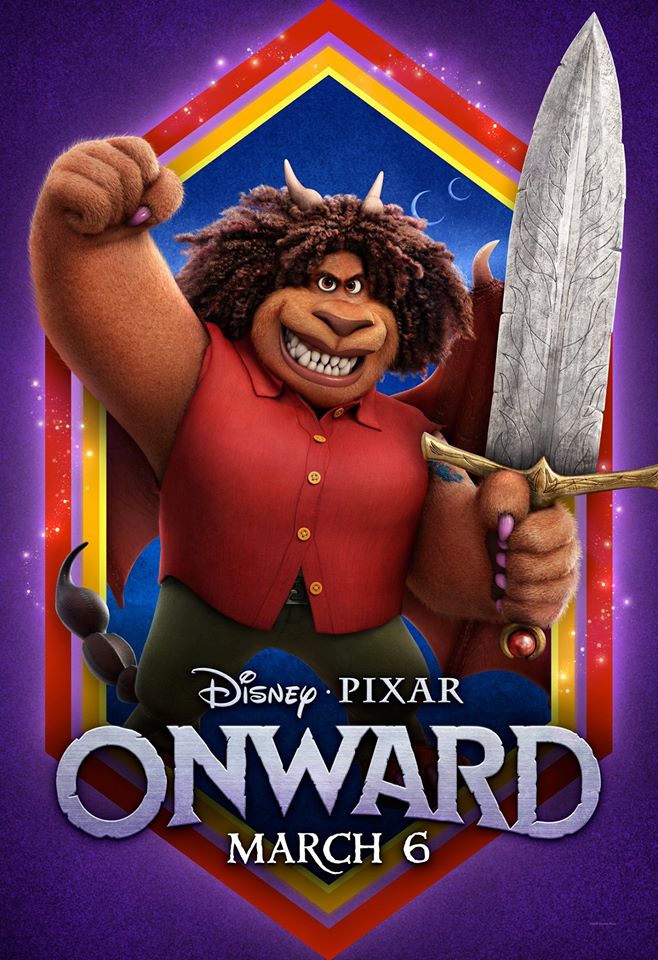 The Manticore (voiced by Octavia Spencer)

You won’t want to miss Octavia Spencer’s brilliant turn as Manticore. Part lion, part bat and part scorpion, “Corey” was once a fearless warrior in a world filled with magic. Today she runs a family-friendly restaurant. It’s not until the brothers need her that she realizes that her warrior spirit still lies within. 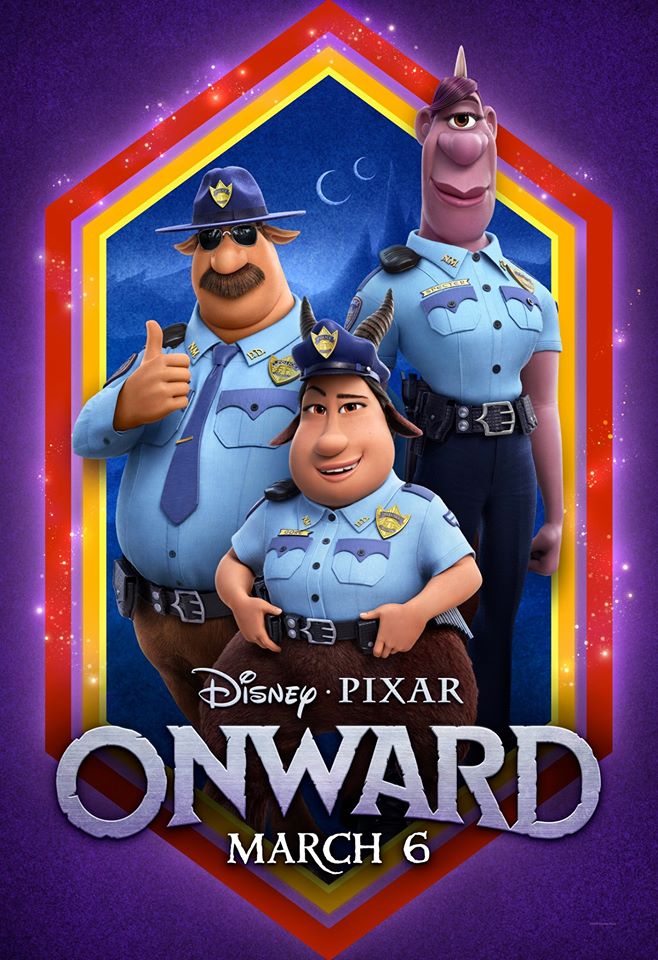 Colt is dating Laurel. He’s devoted to her but has trouble connecting with Ian and Barley. When he’s not hanging out with the family he is a New Mushroomton cop.

Meet Colt’s amusing co-workers. Specter and Gore couldn’t be more different. Gore is sloppy and opinionated and Gore is stern and no-nonsense. However, together they make the perfect police duo!

A pixie with an attitude, Dewdrop is the leader of a motorcycle gang- The Pixie Dusters.  She’s definitely got some strong opinions and can absolutely hold her own.

Want to see how all of these awesome characters come together!? Take a look at the official trailer here:

For those heading to the theme parks in the weeks ahead, you can also meet the Brothers Lightfoot in a new meet and greet opportunity. Find out more here.

Thinking about a visit to Disney World? Getting started is easy! Simply fill out our form below to get your FREE, no-obligation quote from MickeyTravels. Book before March 31st and I’ll even throw in a FREE, Disney gift card!